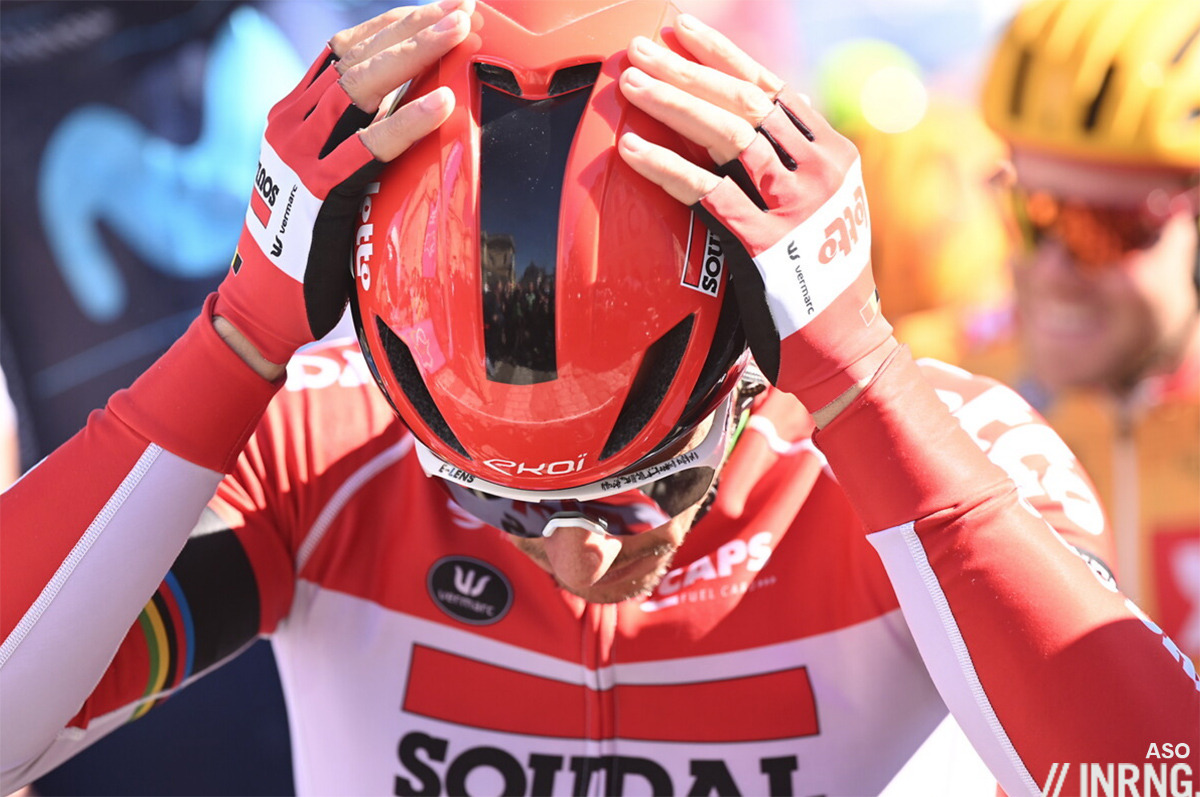 Another week, another update and the big story is Lotto-Soudal are firmly in 20th place, facing relegation and now they’re hiring riders mid-season to help. 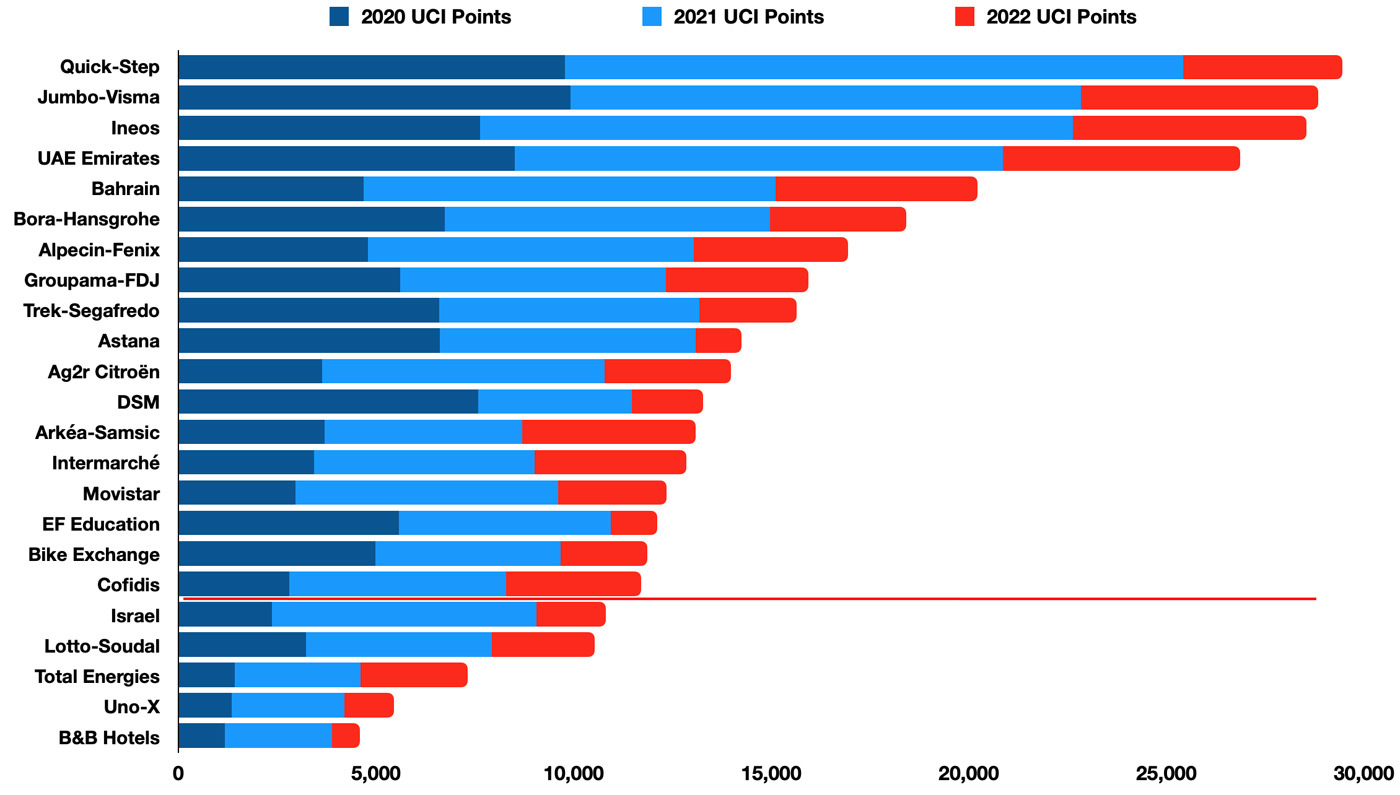 The bigger story this week is Lotto-Soudal hiring Carlos Barbero and Reinardt Janse van Rensburg out of their reluctant retirements in the wake of the Qhubeka team fiasco. The Belgian team had only 27 riders on their roster so there’s space to recruit the pair, an option neither Israel nor Cofidis enjoy. While there’s still doubt about Alpecin-Fenix applying for promotion then sitting 19th could still be safe, but Lotto-Soudal are in 20th and face relegation so they’re taking big measures.

The new hires have been handy riders and normally only points scored from the day they don a team jersey count, they don’t bring any past points with them but that’s for transfers. This year van Rensburg has been racing for himself, as pointed out by Steve in the comments below, and earned 343 points in national and African championships and these could go now to Lotto-Soudal, he’d be there fourth highest scorer after De Lie, Wellens and Campenaerts and ahead of Ewan. If these points are added when he joins from 1 May onwards then it’d just lift Lotto above Israel, everything else being equal.

It’s both a desperate move and a sensible one: desperate because it’s reactive and signing them for 1 May means they’ve missed on a lot of races where these riders could have scored; sensible because it reflects reality and the team is actively taking measures to help. Both riders are decent signings capable of results, especially if targetted with harvesting points and we can imagine their contracts incentivise this.

More hires and tranfers?
Teams are free to recruit riders who are out of work or riding for third tier Conti teams at any time. But it’s fine to scour for the best riders on Conti squads, sign them and only points scored with their new team count so a team is buying potential and not any points they’ve earned this season. Teams cannot hire riders from other professional teams, ie rival WorldTeams and ProTeams, except during the August transfer window, but this is an opportunity to exploit both for teams needing points and teams who might be releasing a rider at the end of the year who could cash in on a sale.