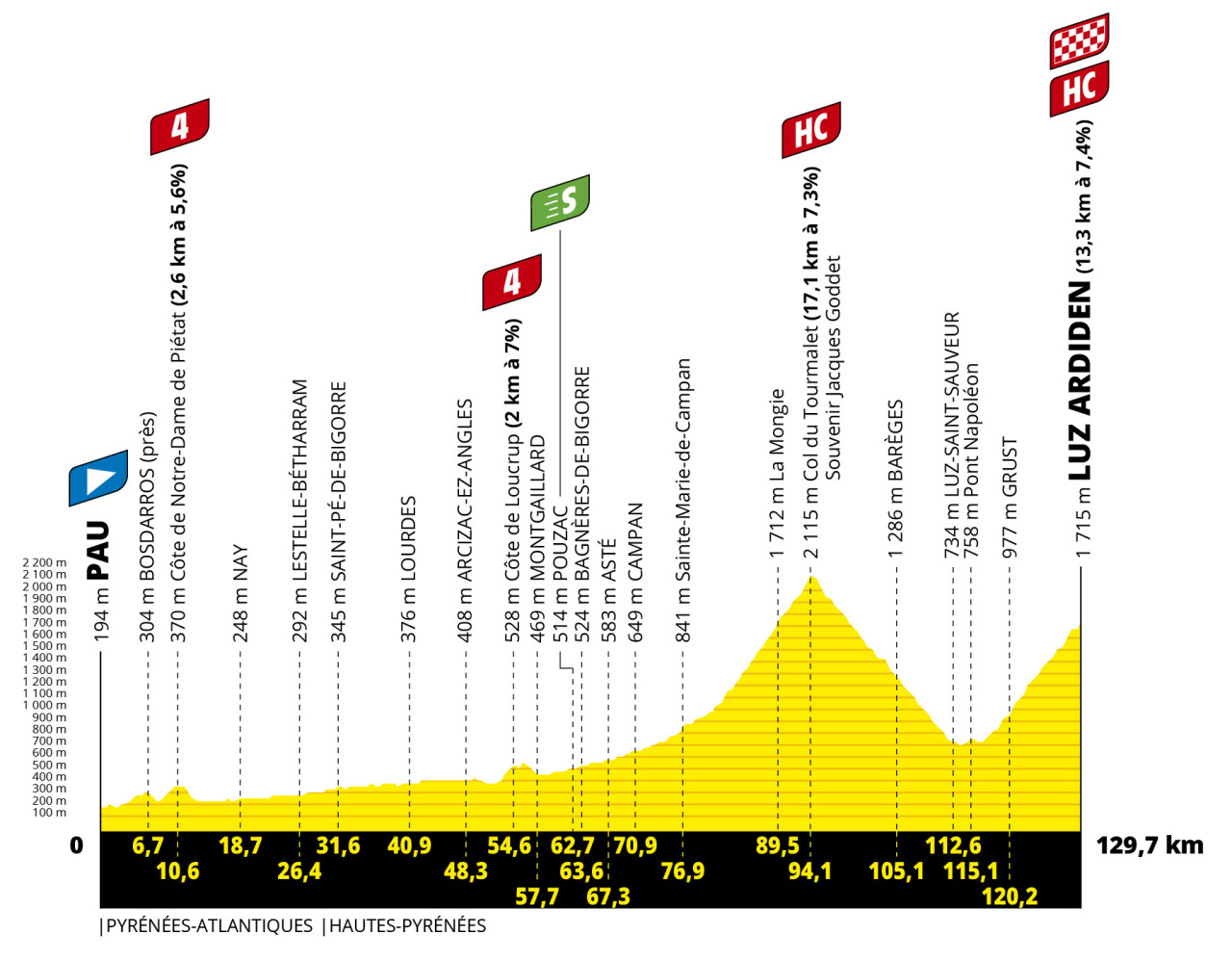 The final mountains stage of the Tour and a 129km “sprint” over the Tourmalet to Luz Ardiden. 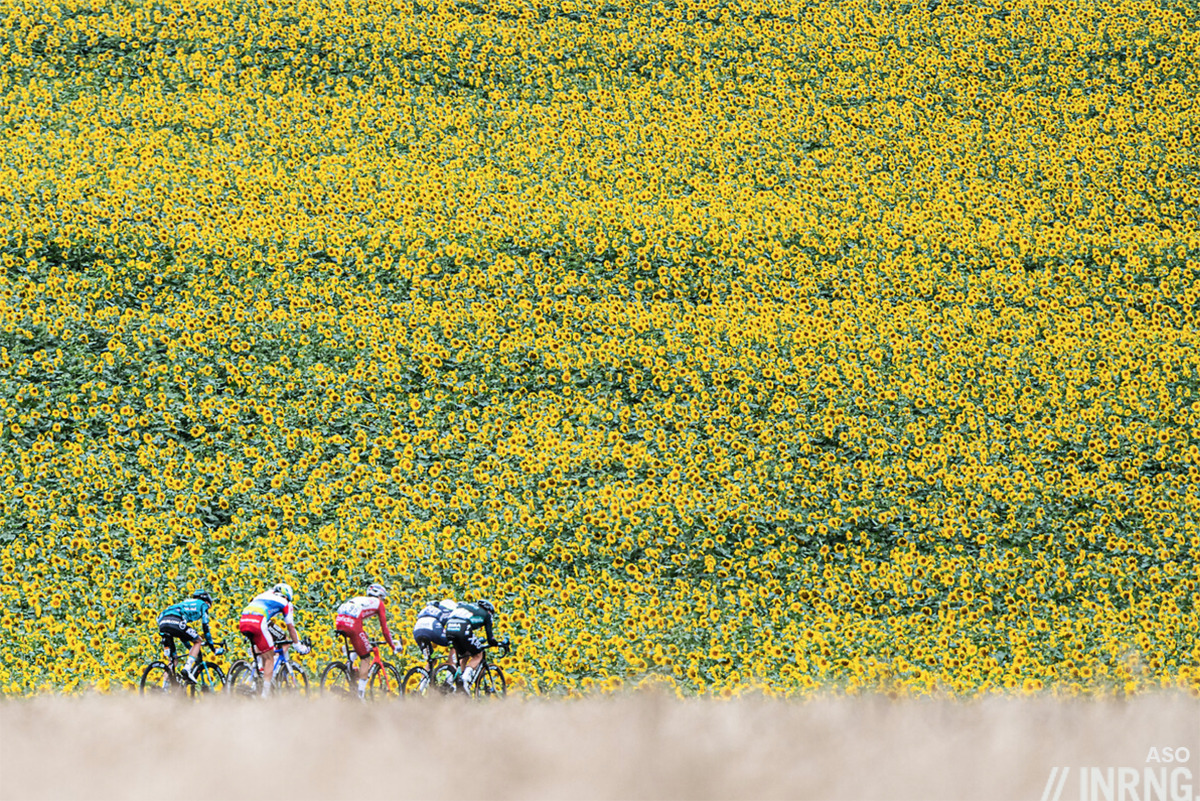 Stage 17 Review: Quickstep closed down the race at the start, a roadblock to stop any big moves going clear and so a small group went clear without much hope of winning the stage. From this Anthony Perez and Dorian Godon started the final climb of the Col du Portet with four minutes’ lead, insufficient on a 50 minute ascension.

The GC riders began to crack in reverse order with 9th overall Guillaume Martin the first to fold, then 8th overall Enric Mas, then Alexey Lutsenko in 7th overall. Tadej Pogačar launched the first of several moves once they hit the “new” section of road which blew apart the GC group and the prime effect was to help Jonas Vingegaard and Richard Carapaz, only they could follow him but they kept looking back, busy keeping one eye on the yellow jersey and the other on rivals in the top-10 being distanced. Pogačar kept probing, Carapaz kept grimacing and stayed third wheel all the time, as if he was going to blow next. Only right at the tunnel by the top he attacked but Pogačar got him and in the final few hundred metres Vingegaard got back to reform the trio. Pogačar launched again to take the stage, a validation of his maillot jaune. Behind David Gaudu finished fourth and Ben O’Connor made a late attack to take 14 seconds on rivals, not much but who would have bet he’d be in this company three weeks ago? Uràn was the relative loser of the day, falling two places on GC and now 1m34s behind Carapaz, probably too much for Libourne time trial and, again, for all Ineos’s talk of bold tactics, they’ve been working to land him on the podium. 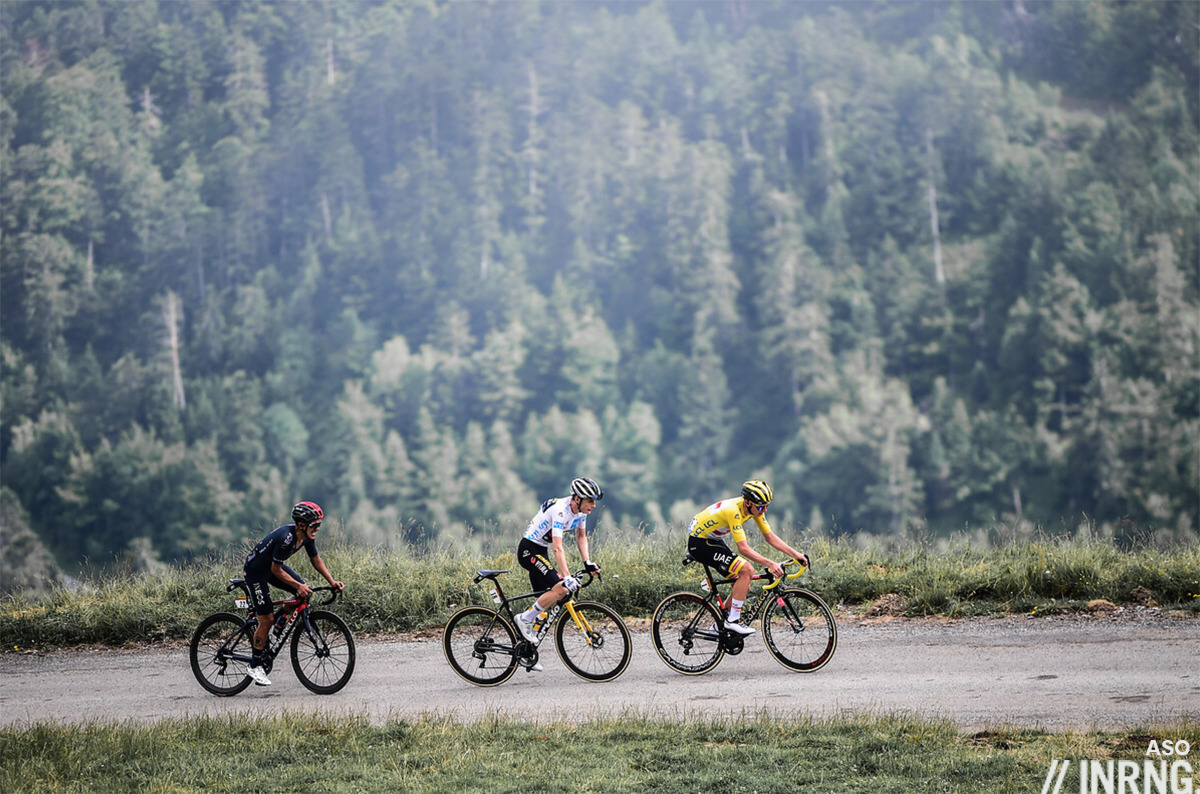 The Route: just 129.7km and a dash out of Pau to the Tourmalet from Campan but it’s not the direct route, instead it’s via some foothills behind Pau in order to stir the race up a bit and help provoke an early breakaway before returning to the usual road to Lourdes and onwards via the small climb at Loucroup and the the valley road to the intermediate sprint. Mark Cavendish leads the points competition and Michael Matthews has been closing in but if the Australian wins and Cavendish doesn’t score, Matthews still can’t take the green jersey. However Deceuninck-Quickstep won’t want him getting any closer otherwise a puncture or a touch of wheels and the jersey could change shoulders. So watch to see the tactics here, if DQS let a ride without Matthews and Colbrelli float away or if they chase everything down again so Cavendish can score more here. After the sprint it’s a short ride up the valley to the foot of the Col du Tourmalet. 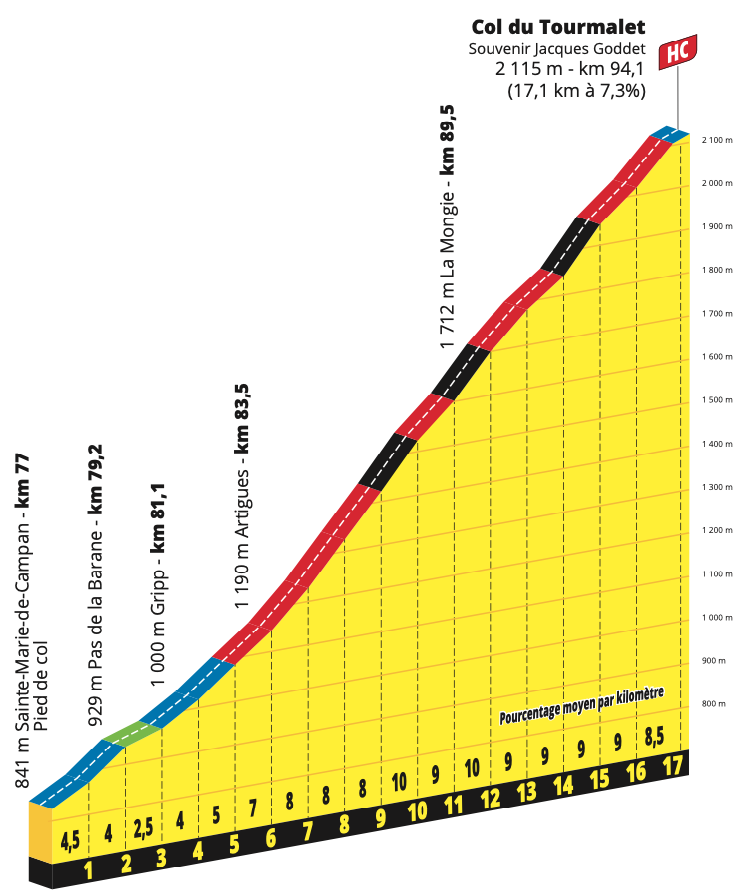 The Tourmalet is a long and steady climb with few secrets, 17.1km at 7.3% and regular for the most part and steepest towards the top. The descent is the same, long and regular. Once the descent is over the route takes a small detour via the Pont Napoléon (“Napoleon bridge”) rather than crossing the Gavarnie directly, a small respite up and down the valley between the descent and the final climb. 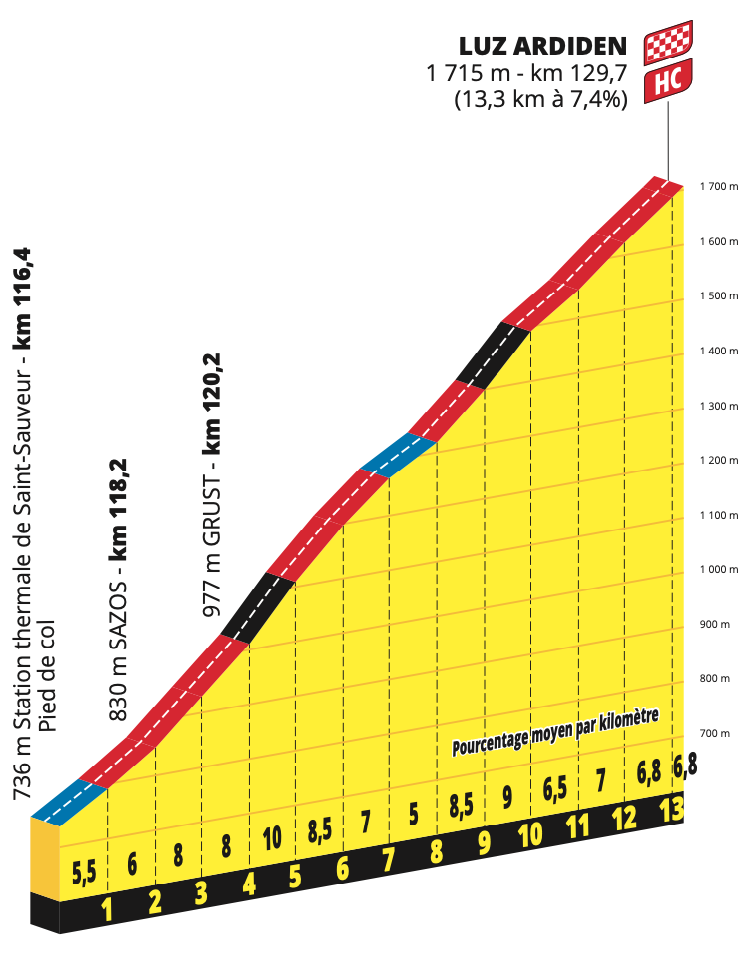 The Finish: the climb to Luz Ardiden is 13.3km at 7.4% and a typical Pyrenees ski station road, wide enough to drive a bus up but the slope is irregular in places and the top is a car park and a ski lift. The HC label here is generous to put it mildly but as ever this is subjective rating applied by the race rather than an independent measure of difficulty. Anyway it’s uphill all the way to the line with six hairpins in the final kilometre but they’re all nice and wide.

The Contenders: it’s breakaway or bust for the mountains competition today, Tadej Pogačar leapt up to second in the competition ahead of Nairo Quintana (Arkéa-Samsic) and Michael Woods (Israel) so they and competition leader Wout Poels (Bahrain) know they need to get in the breakaway and contest the stage win to have a chance of winning the prize, once again today’s HC-category climb has double points. But this means getting in the day’s move and building up enough of a lead in the first 70km of the stage, a tall order.

Otherwise who to pick between Tadej Pogačar (UAE Emirates), Jonas Vingegaard (Jumbo-Visma) and Richard Caparaz (Ineos)? Pogačar makes the obvious pick but he’s gone from winning solo to outsprinting rivals and today he doesn’t have to follow every move, he doesn’t even have to win although we’ll see the cannibal appetite or not which leaves an opening for Carapaz now he’s distanced some GC rivals. David Gaudu (Groupama-FDJ) is going well and not a GC threat but how to win, perhaps an attack on the Tourmalet, home to his team mate Bruno Armirail?

Weather: some sunshine but a cool 20°C in the valleys