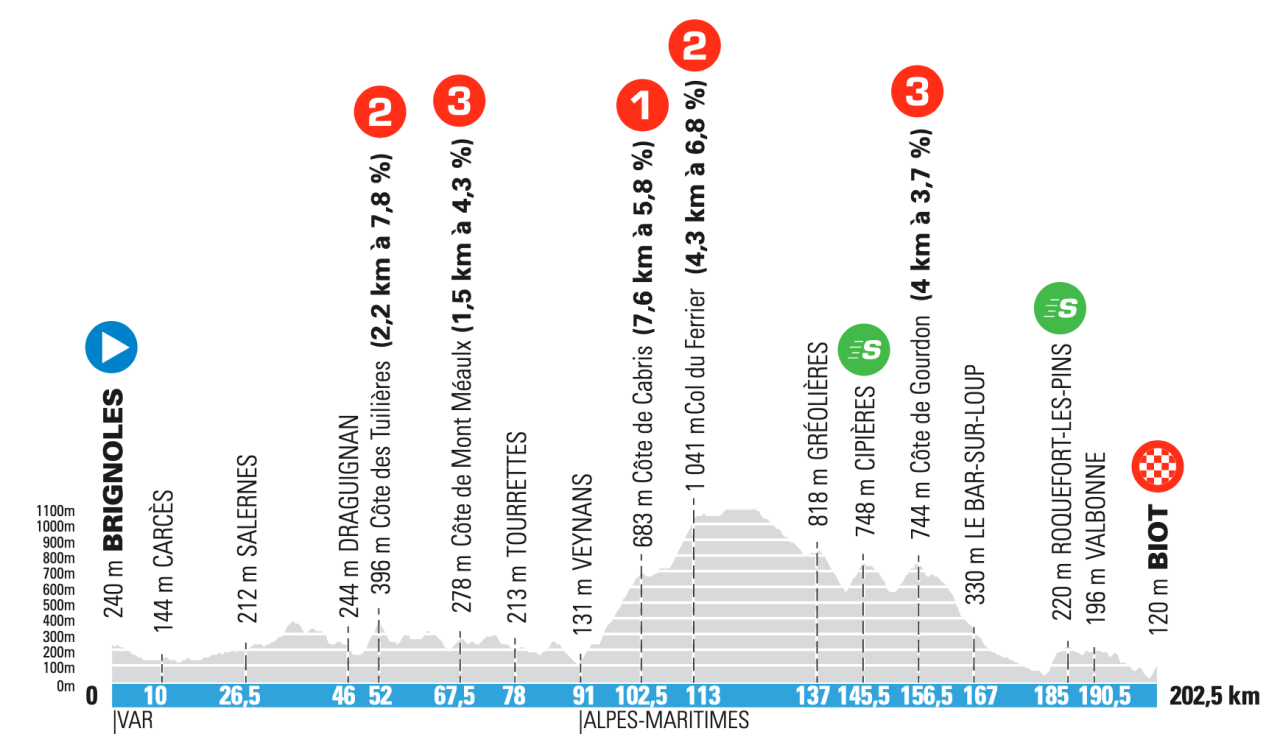 A good day for a breakaway which makes it harder to pick a winner today. 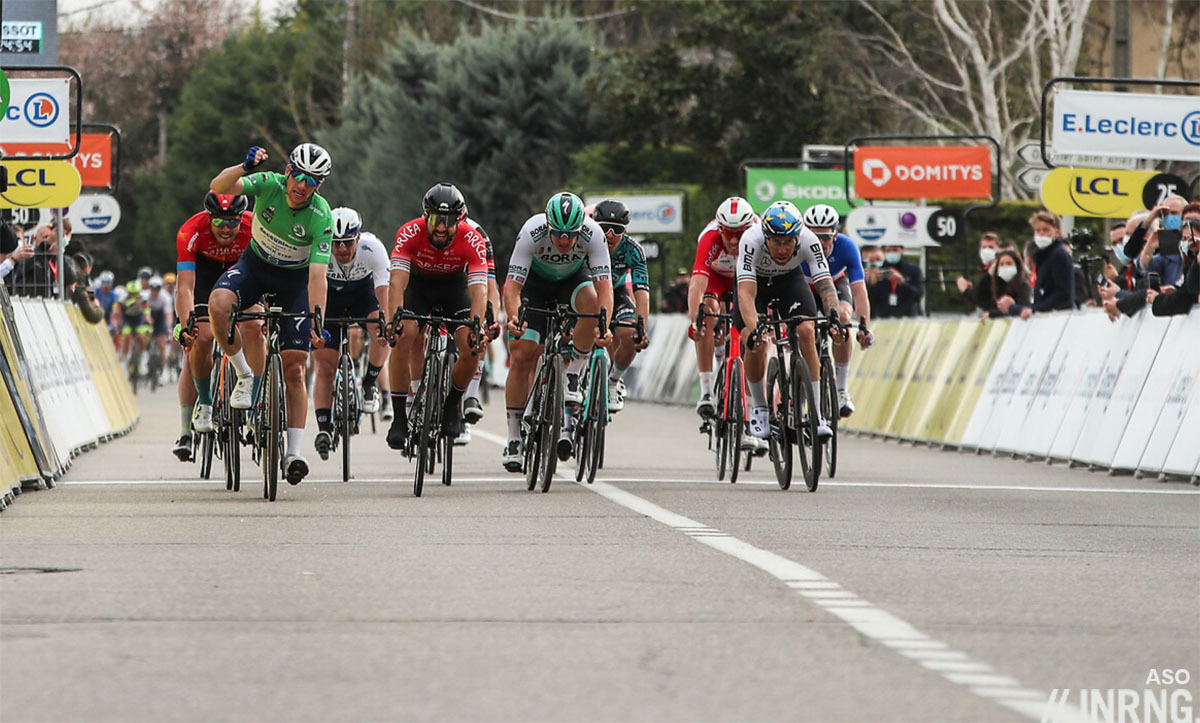 Play it again Sam: a slow start, a brief flurry from 11 Belgians in an attack but it didn’t last long and the day’s racing was limited to the end of the stage and the sprint. Picking Bennett for the a pre-race preview has always involved slight caution as over the years he’s occasionally tended to hesitate in the final metres, like a footballer stumbling in front of an open goal or fumbling so close to the touchline, pick your sporting simile. Now he’s much more of a banker and part of this seems down to total confidence in his team. To the point that you wonder if other teams ought to base their tactics on what Michael Mørkøv is doing? But too late, that was the last of the sprint stages in Paris-Nice and Bennett’s taken two and if things hadn’t been so hectic in Amilly, he might well have taken that one too.

The Route: 200km east and across the hills of the Var and the Alpes-Martimes on roads familiar to Paris-Nice and the eponymous tour of these two départments. There are some more solid climbs today but mid-stage they’re hard for pure climbers to exploit.

The Finish: on some twisting roads which make chasing hard but it’s uphill for the last 2km at 4-5%, all on a main road with no surprises. It’s the same finish as used in 2011 (Rémi di Gregorio) and 2014 (T-J Slagter).

The Contenders: a good day for a breakaway, Jumbo-Visma can let a move go clear and sadly they’ve lost Tony Martin after he clipped a kerb yesterday and crashed out which means they’ve lost two riders to pull on the front all day.

Rémi Cavagna (Deceuninck-Quickstep) won’t like such a hilly course but it’s this or the Alps over the weekend and he’s improved technically so he can try to exploit the course. Rohan Dennis might have a go too as Ineos try to salvage something.

Dorian Godon (Ag2r Citroën) may not be your first pick either but the Frenchman is a climber trapped inside the body of a classics rider and surprisingly versatile on a hilly course and due a breakthrough win some day. Other breakaway picks are Patrick Bevin (Israel) who did a good TT and packs a good sprint uphill, ditto Magnus Cort (EF Education-Nippo) Philippe Gilbert (Lotto-Soudal) who is almost on home soil for the finish and Alexey Lutsenko (Astana) but these are suggestions, feel free to add more in the comments below. One popular pick could be Thomas De Gendt (Lotto-Soudal)

If no breakaway can stick then Michael Matthews (Bike Exchange) Max Schachmann (Bora-Hansgrohe) and Primož Roglič (Jumbo-Visma) are safe picks for the uphill sprint.

Weather: sunshine and 16°C, but windy with tailwind for much of the stage, 15km/h but it could gust to 50km/h

TV: the finish is forecast for 4.00pm CET. It’s on France 3 for locals and VPN users, or Eurosport/GCN for most of the rest of the world and NBC Sports Gold in the US. Tirreno-Adriatico is due to finish 10 minutes later and thanks to the wind Paris-Nice ought to make it first today.