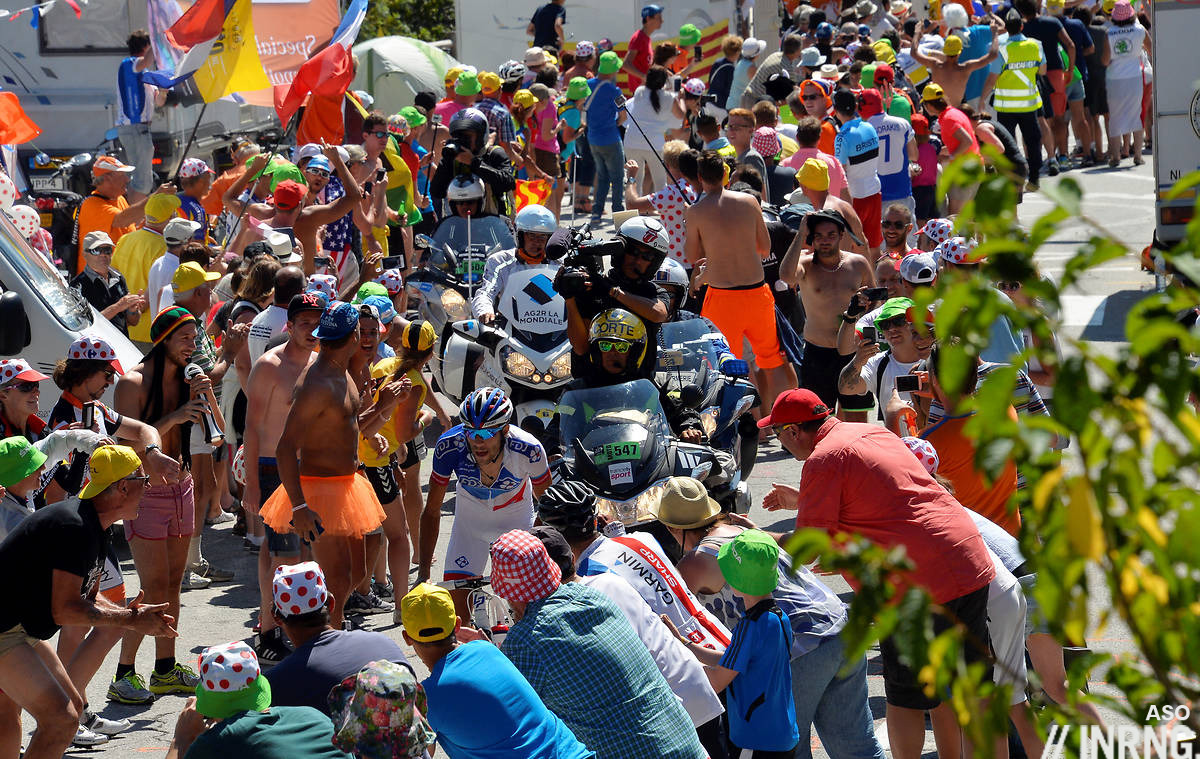 You’re paid to ride a bike, and not just any bike but a top of the range model that’s cleaned and tuned by a mechanic almost every day. If you’ve had a hard day’s riding a massage awaits. Roads are closed for you to race on, even the Champs Elysées are reserved, a privilege usually reserved for visiting heads of state. But has the fun gone out of it? Tom Dumoulin thinks so, Thibaut Pinot has said similar things and there are others who haven’t made the headlines who’d agree.

Now pro cycling is just that, a professional activity and work can be tedious. But things are changing and riders who started in the sport a few years ago are noticing the changes and added pressures.

Was it ever fun? Unlike other sports and games the early days of road cycling were not meant to be fun. Cyclists rode in the blazing heat and into the night in order to reach checkpoints of the Tour de France. At best “Type 3 fun” but often the prize money was a lure, an alternative to working in a mine or toiling in the fields. No, any fun parts would come long after the sport entrenched its culture of being among the hardest and toughest going… but that is part of the fun, part of the attraction is racing over giant mountain passes or down cobbled tracks.

Fun versus boredom is too binary but it helps frame things: what is a hobby for many is a job for a few and that changes plenty. Travel may broaden the mind but visiting the same out-of-season seaside resort every winter for a training camp feels limiting and repetitive, change teams and you might still end up back in Calpe, only in a different hotel. The mountains look great on Instagram but winching yourself up the same endless climb on Mount Teide or the Sierra Nevada for the umpteenth time isn’t as glamorous. Who else spends three weeks living in the same hotel in Flanders? (Judging by the occupancy rates in March and April, not many). 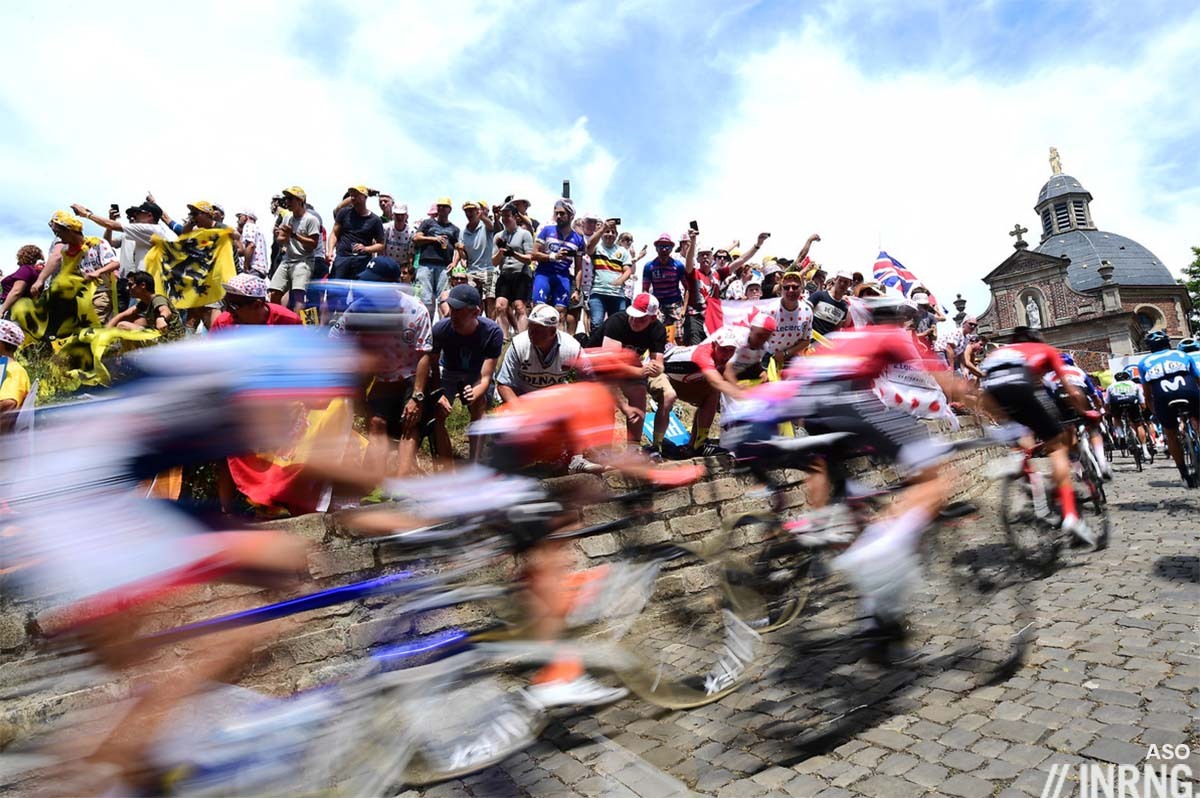 It can be great to ride past hordes of roaring fans. Just as sports teams get a home advantage, the crowd helps boost many cyclists. But it’s not all one way. Who are these people lounging beside the road with their baguettes and beer? Do they enjoy a steady job in a factory where the biggest risk is deciding whether to have dessert in the cafeteria, as opposed to hurling themselves down a mountain or rubbing shoulders at 60km/h to get into a corner first? Are they office workers who sit on ergonomic chairs inside air-conditioned buildings all day? While many in the crowd might long to be part of the race, part of the race might also fancy an idle day in folding chair.

There are differences today compared to a previous generation of riders. There’s an all-encompassing aspect, a non-stop 24-7 surveillance side that the public don’t notice. Athletes log their Whereabouts for the WADA anti-doping controls, it’s only a few clicks but it’s an added stress and involves sharing data many would feel uncomfortable doing. Sure, every aspiring junior or U23 would sign up but in time it’ll go from nice-problem-to-have to problem. If it helps, imagine if you had to tell your employer where you’ll be on holiday, who you will spend Christmas with and if you make two clerical errors your career could be in the balance.

The sport has professionalised a lot this century and this is generally great. Contracts are longer, there’s a minimum wage, riders get health insurance, there’s the Extreme Weather Protocol and more. But all this is making it even more like a workplace rather than a sports arena. As team budgets and rider wages have soared, riders are increasingly micro-managed: they’re prize assets and can’t be risked. The flipside of the huge increase in salaries is responsibility and duty and sometimes this trips into pressure and burdens.

Management techniques have arrived, it’s Taylorism with everything being measured. Training used to be something done in private, a long ride with some efforts along the way and hopefully you showed up fit for a race. Now riders are monitored daily, every ride is recorded and uploaded to a team server so it can analysed by coaching staff and rated by management. A sensible coach-athlete relationship will know that riders can’t meet every training goal but the rider who could skip the last set of hill reps without anybody knowing and show up fresh to race is now the rider who feels like they still have to finish the tasks even if they’re not feeling it because their managers will notice. There’s an asymmetry to the data gathering too as there are many measures of work like watts, heart rate, time, speed, distance and more but attempts to measure fatigue are still primitive and imprecise. 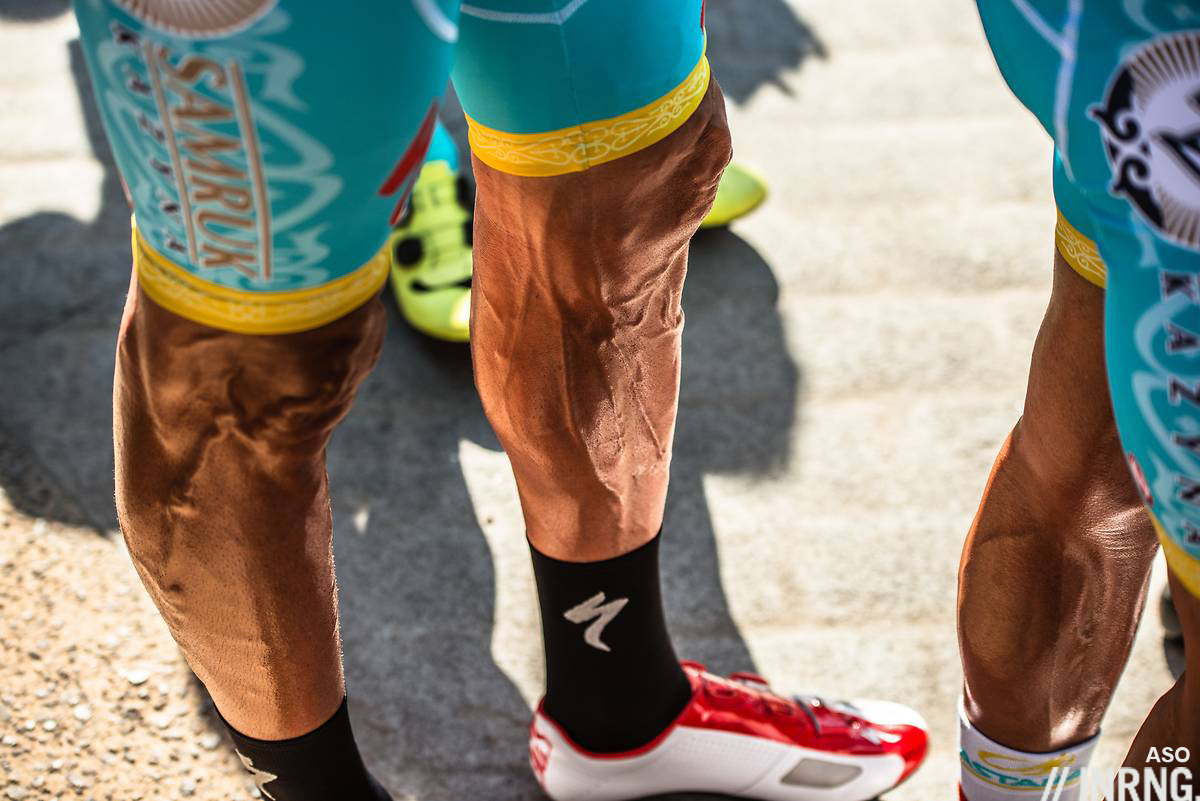 Then there’s diet, in a sport where Watts per Kilo is a defining measure, body weight can be both the denominator and the dominator. This adds to the constant pressure, where as most workers go home in the evening and can eat what they like, an athlete cannot. Only a few years ago it was acceptable to show up overweight for the early season races and the Tour Down Under was part training camp, part shiraz tasting event. Now the early season events are much more intense. Each new generation seems to say this but they’re each right, the direction of travel is one way. Plus the season is longer too.

There are hundreds of pros, so hundreds of individual approaches. Cases like Tom Dumoulin taking a break make the headlines, as did Thibaut Pinot airing his frustrations the other day, but there are many more lower down the ranks who give up. Emilien Viennet, Campbell Flakemore and Marc Fournier quit in recent years for different reasons despite a promising career, they weren’t pushed out. Daan Olivier gave up, but had a come back and then stopped again. Lennard Kämna asked Sunweb for a career break. In part it’s normal, some who become carpenters, pilots or whatever find it’s not for them; and people in any role can suffer from depression. But sports is an interesting angle as what starts as a hobby, becomes a passion then turns into a job with the inevitable responsibilities. But this has long been so, what seems to be changing is the intensity of the sport: the season is longer and riders are tracked and measured like never before. So enjoy your bike ride this weekend, especially if nobody is paying you to go out.