It’s back to the Alps and a circuit race around Sestriere. With the overall classification so tight can today create any gaps or will it come down to tomorrow’s time trial? 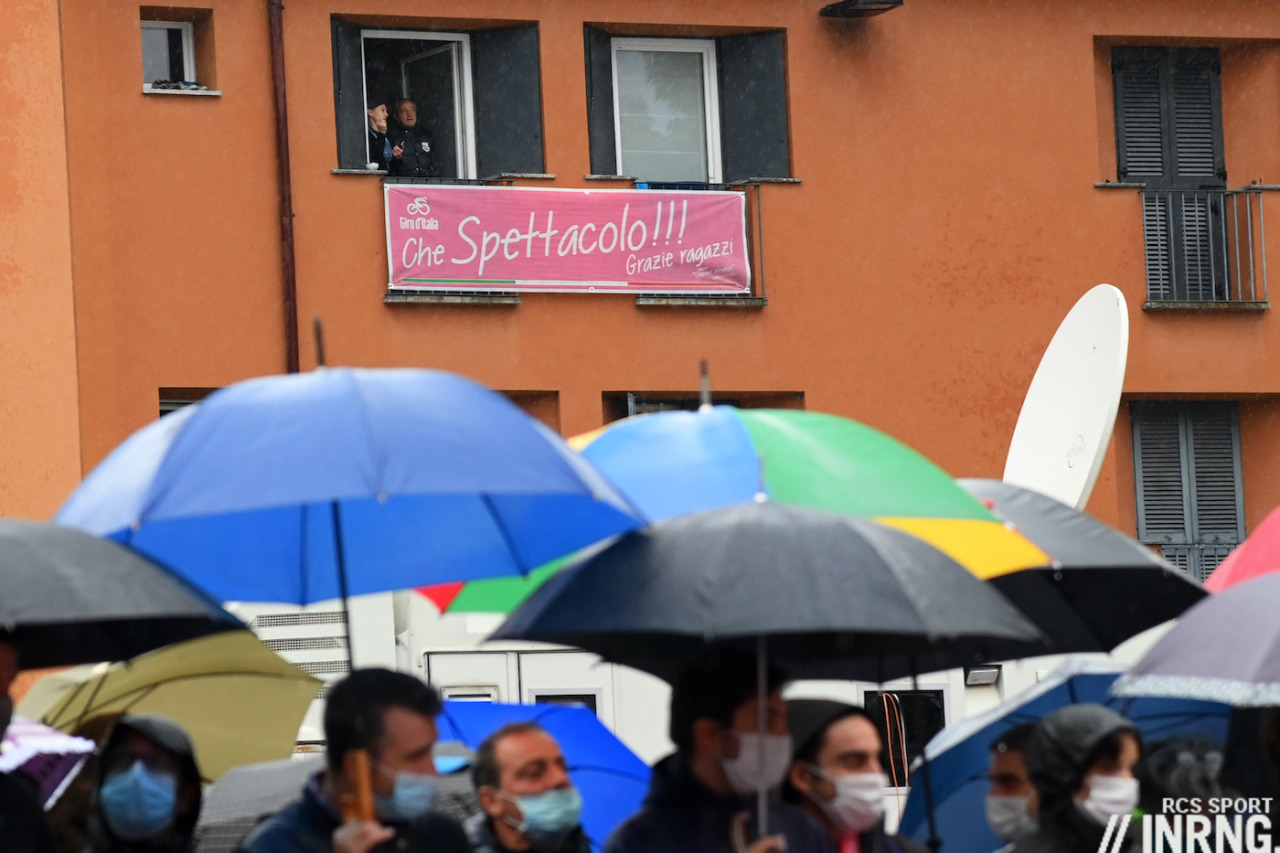 Morbegno mutiny: a chaotic start when a last minute protest saw the riders refuse to race the start of the stage. After rolling out of Morbegno, riders got on their team buses and cars and drove to an agreed start point halfway along the route. “Agreed” as in race organiser Mauro Vegni had no choice and he was visibly furious as scrambled for a revised start point and how to get the race there in time. Now missing 120km of a 250km flat stage doesn’t change the sport much and most of it wasn’t going to be on TV either so millions in their armchairs and sofas hardly noticed. But it was meaningful in a political sense: here were riders who refused to race. The problem was there was no communication, the race’s social media account said “the weather situation” but there was plenty more this with stories about the rider union, team politics and the balance of power in the sport, a subject to explored over the winter. Yesterday the headline explanation seems to be that riders didn’t want to compromise their immune systems – already weakened by the best part of a grand tour – any further with even more hours in the rain, a point shared in English by Adam Hansen on Twitter in a message he subsequently deleted during the day, and then reformulated again in the evening. It’s not the stuff of science journals but you can see the argument, a day spent soaking in the rain is grim. But this hasn’t been explained to the public, millions in Italy don’t follow Hansen on social media, and they may wonder why damp weather across the plains is worse than the icy Stelvio or Sestriere. Now maybe you’ve had a wet day on the bike were the cold seems to get into your bones compared to an Alpine descent which is frosty but in superficial way, and the general public probably might not and no rider grabbed a microphone to explain, nor to say sorry to the locals along the first 125km who’d missed out. There was nobody before the stage rolled out, nor when the rolling stopped, nor at the restart. Nor on RAI’s post stage Processo alla Tappa show, literally the “trial of the stage”m which turned into a bit of a show trial without a rider to defend the decision. You can argue either way whether it was right or wrong decision to skip half the stage but everyone ought to agree it was badly communicated by those who took it.

Still we got a race. A breakaway formed and Bora-Hansgrohe tried to chase but, like Groupama-FDJ on the road to Tortoreto during Stage 10, one team alone couldn’t bring the move back. They got to within 40 seconds but gave up and the 14 rider group rode away for the day. After a few moves, Victor Campenaerts put in a very long attack, a sustained burst of watts, that took others clear and minutes later the group’s other TT specialist Josef Cerny surged clear. The big Czech rider probably only had one chance but he seized it, creating a gap and then using his power (6th and 5th in the time trials so far in the Giro) to stay away and collect the stage win. With CCC going, possibly folding into Circus-Wanty, his time trial results ought to have put him well and truly in the shop window but this will have done him more good. Away from jobs, sports politics and more this was just a good win, a breakaway, then a lone rider putting in a big attack and holding a slender gap all the way to Asti. 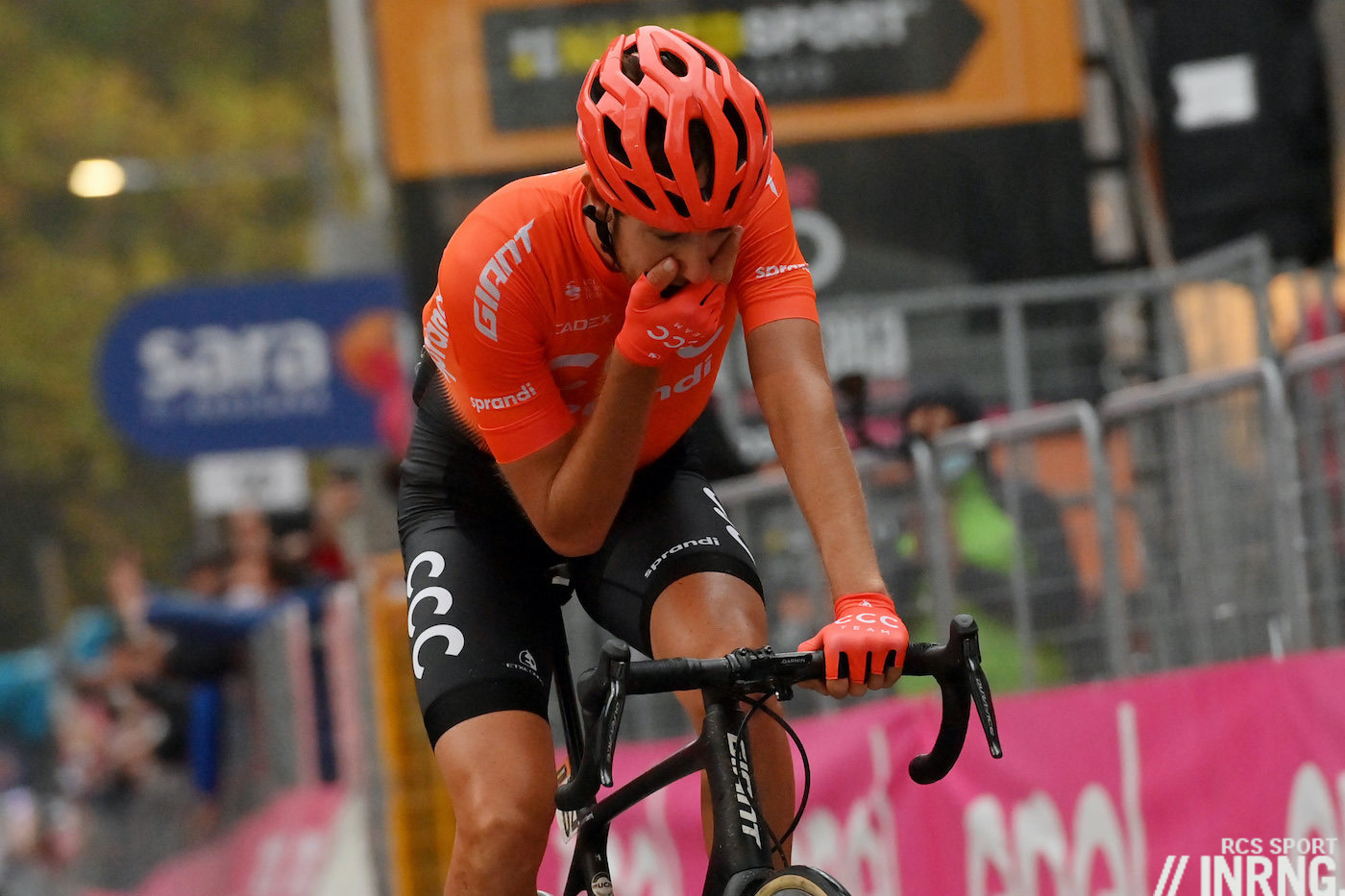 The Route: 190km and after leaving the plains beyond Pinerolo, it’s a ride up the Val Chisone to Sestriere, 55km uphill but all on a big road and only just reaching 6% before the top, it’s a drag more than an ascent. Then it’s out the other side of the ski resort and down the hill, all on a big main road, to Cesana where the race turns onto the old road and heads back for Sestriere. Now it’s the old road but no back road nor farm track, this is a wide and well-engineered climb. It’s 12km climb but gentle until the final 6km which average 7.5%. Then it’s back through Sestriere, down on the main road and once more up the climb to the finish.

The Finish: uphill and into Sestriere, the riders will pass through here once before so there are no surprises.

The Contenders: a breakaway will need strong riders working hard from the start to build up a lead but they’ve got a decent chance, the two climbs in Sestriere are about a 15 minute effort so if the break does in them in, say, 17 minutes they don’t need a huge lead, maybe 7-8 minutes could do for the time they reach Sestriere. So Ilnur Zakarin (CCC), Ben O’Connor (NTT), Thomas De Gendt (Lotto-Soudal), Geoffrey Bouchard (Ag2r La Mondiale) come to mind as active breakaway riders from this third week who can climb.

The big contest today is not for the stage win but for the overall, although both can go together given the 10-6-4 second time bonuses, it’s that close. Ineos have the strongest team and might have to get to work early, to use up the likes of Puccio, Ganna and Swift in order to burn up Sunweb’s helpers (and doom the breakaway), then they’ll look to set a pace to drop Kelderman again and if Tao Geoghegan Hart can win the sprint for the stage win then he’s in the maglia rosa. Easier said than done, today’s climb is much more Kelderman-friendly because both regular and not so steep but we’ll see about the Dutchman’s form and energy levels. Meanwhile Jai Hindley (Team Sunweb) just has to mark TGH and then look to win the sprint. Can others get a look in? Pello Bilbao is strong in a diesel way but now a candidate to be marked and there ought not to be many lulls, if the likes of Jacob Fuglsang or João Almedia feel like sneaking away it’d require both Ineos and Sunweb to cancel each other out. 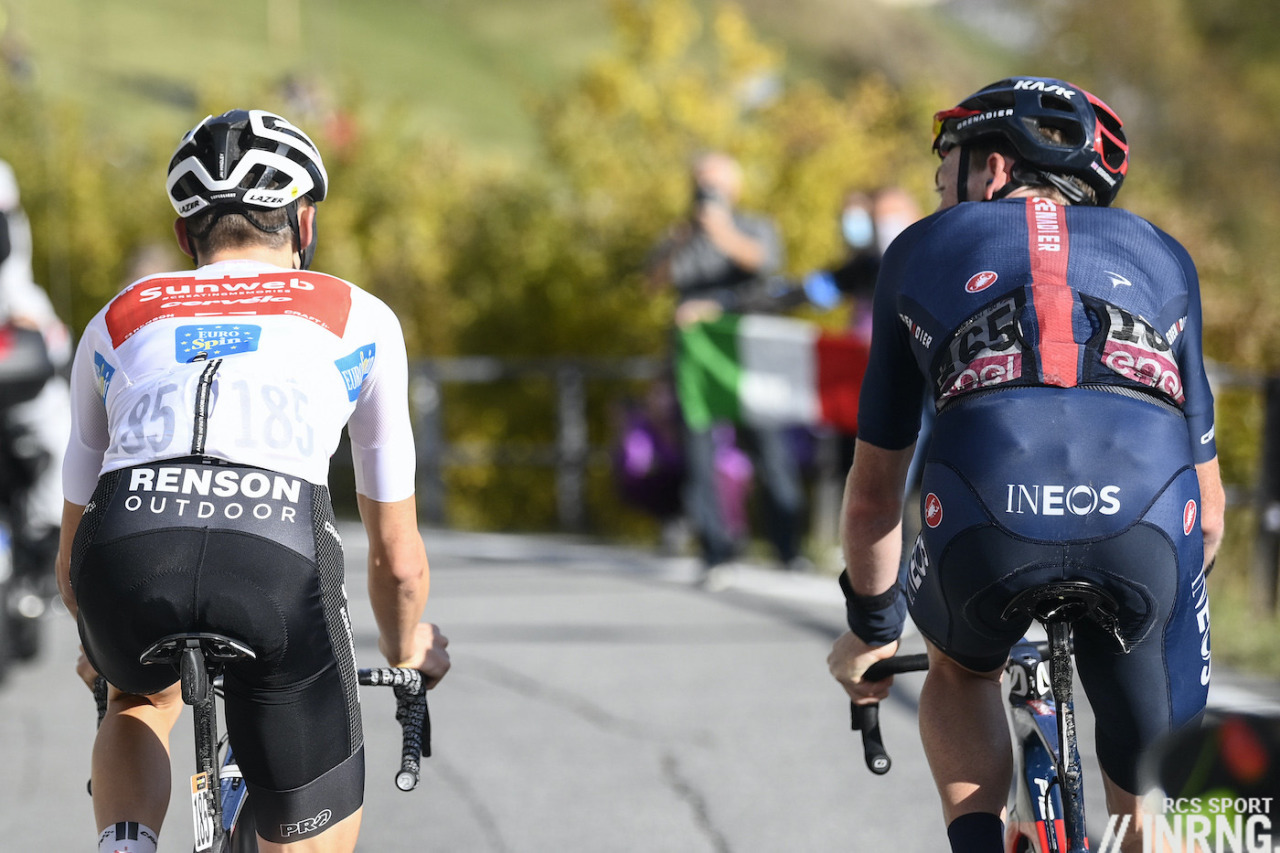 Weather: sunshine and clouds on the plains, 16°C but up in Sestriere it’ll be cloudy and a frosty 4°C max.