The main time trial stage of the Giro and a big day to shake up the overall classification. 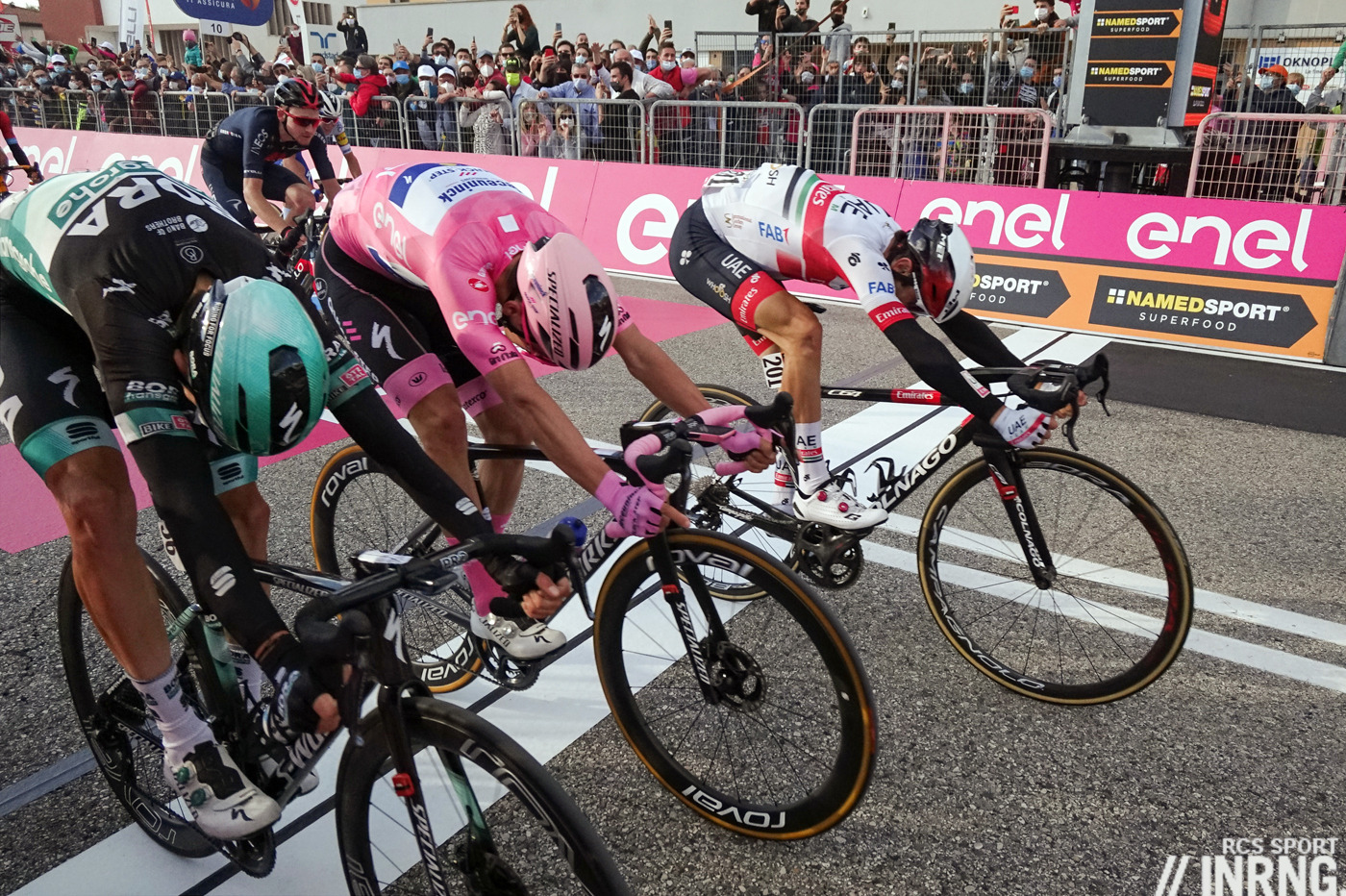 Stage 13 Review: the kind of stage the Giro can do so well, flicking into the hills to take on sharp climbs with double-digit percentages, enough to hamper the sprinters but only just. The two climbs set up a thrilling finish with Arnaud Démare dropped and chasing a group with Peter Sagan who had been dropped as well and he was in turn chasing the maglia rosa group. In the sprint both UAE and Decuninck-Quickstep had several riders and Brandon McNulty was a precious guide for Diego Ulissi who came off the Quickstep train to win the sprint with half a wheel on João Almeida and Patrick Konrad. With Sagan dropped it was status quo for the points competition although Démare did poach one point at the intermediate sprint.

The Route: a 34km time trial amid the Prosecco vineyards with the steep climb of the Ca’del Poggio (1km at 12%) early and then on fast open roads. It’s all on familiar roads to the peloton, the Ca’del Poggio has been in the Giro and Italian championships before and much of the route copies the 2015 TT stage used in the same area. 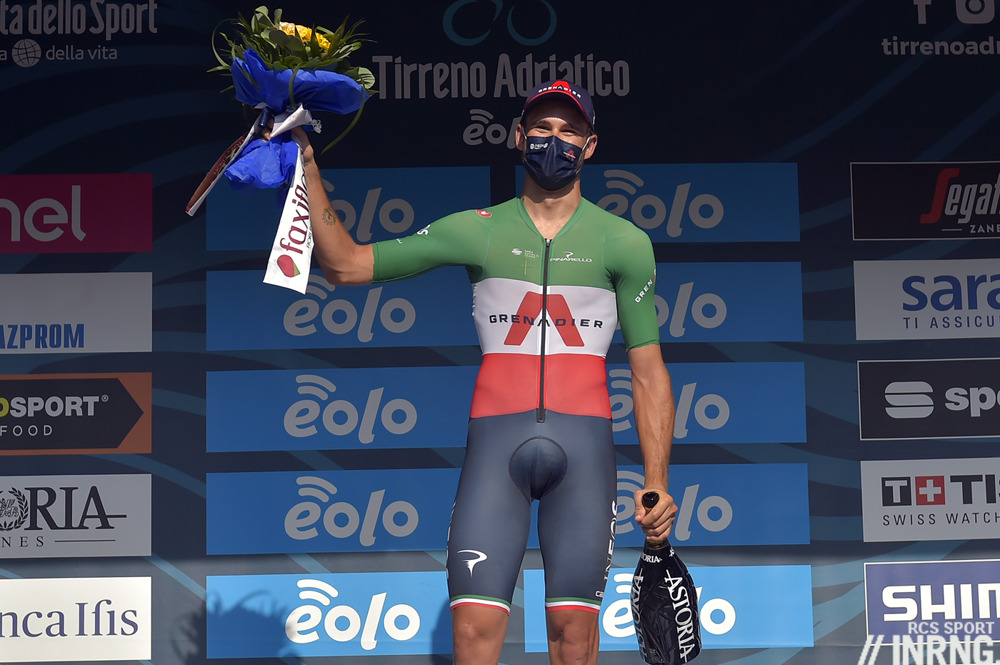 The Contenders: who’d bet against Filippo Ganna (Ineos)? He was streets ahead in Palermo, sometimes the only uncertainty today for a younger rider is the length but today is only 34km and he’s done similar distances for the Worlds and Italian time trial and won them both. Team mate Rohan Dennis could be closer than in Palermo too and has had a quieter time compared to Ganna who has been in molto moves of late.

Other time trial specialists include Alex Dowsett (Israel), Mikkel Bjerg (UAE Emirates) and Victor Campenaerts (NTT) who crashed in the opening TT so his result that day didn’t reflect what he can do.

Wilco Kelderman (Sunweb) is the GC rider to watch because he’s not put a foot wrong yet and the time trial is where he’s got the advantage on rivals like Nibali, Fuglsang, Pozzovivo. Can he take 40 seconds on João Almeida? The race leader should do well today and could hope to keep the race lead, the big question is tomorrow’s Piancavallo summit finish.

Weather: weak sunshine and cool temperatures, 16°C and little wind but it could switch, a northern wind for the early starters, a southern for the later one but gentle.

TV: the last rider Almeida will roll in for 4.30pm CEST.