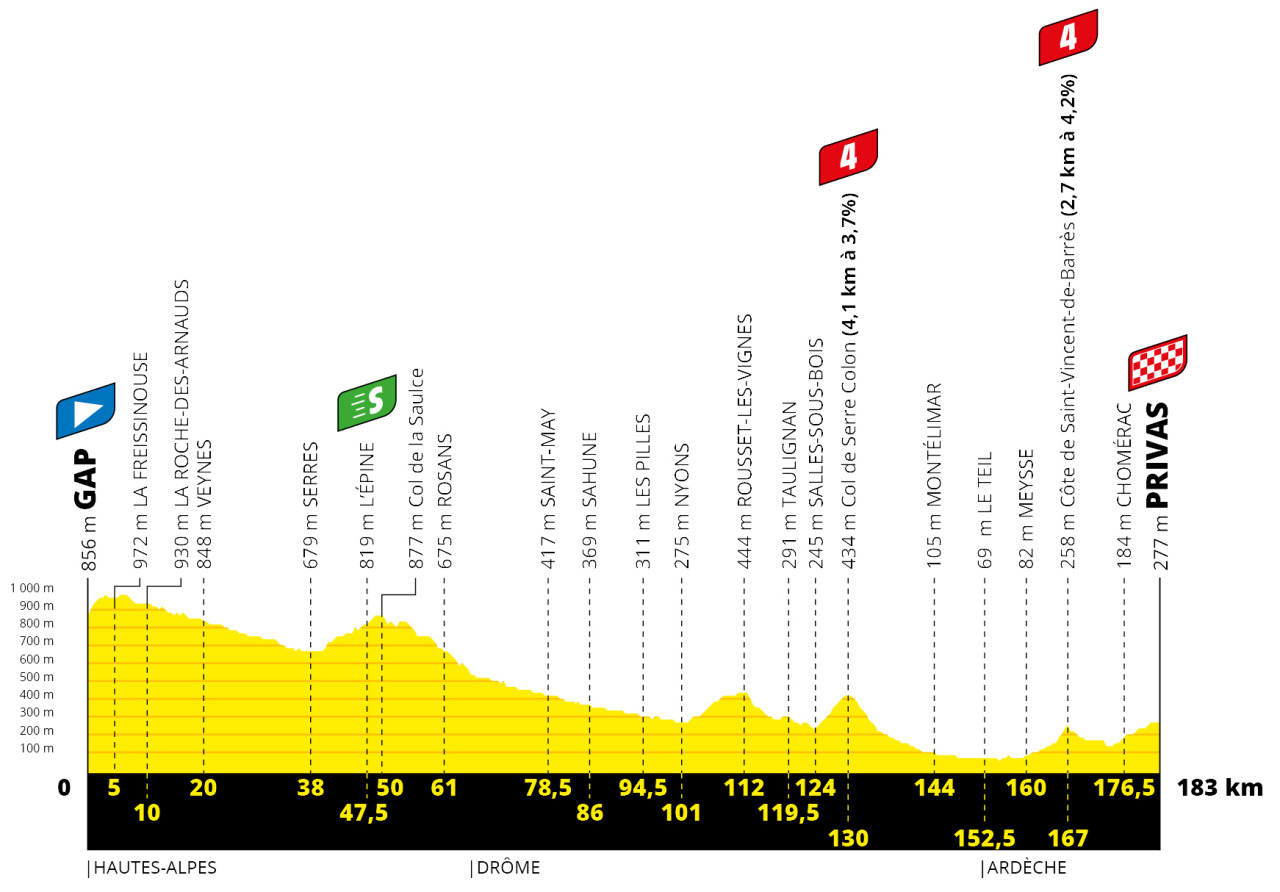 A day for the sprinters, the profile shows an uphill finish but it’s a gentle rise into Privas. The trouble instead could come from the wind, watch out for le Mistral in the final 40km.

Primož inter pares: a break of six went clear and wasn’t allowed to take more than four minutes, Deceuninck-Quickstep wanted the stage win and kept chasing long after Julian Alaphilippe’s yellow jersey was safe. They’d get nothing for their efforts and this robbed us of “two races for the price of one” with the break contesting the stage and then a second contest among the GC contenders.

The one race for the price of one wasn’t great value either. As predicted, the climb from Orcières was fast. The story is in the subtleties: Primož Roglič won the stage; Jumbo-Visma set the pace on the climb; Ineos are on the receiving end; Roglič got the jump on his rivals and if he can do this for one ten second bonus on GC he’ll be confident about taking more. Guillaume Martin’s climbing well but attacked too early; Julian Alaphilippe is going very well but is maybe just off his form from last year. News? Yes, only we saw all of this in the Tour de l’Ain and the Critérium du Dauphiné before. The small novelties were Tadej Pogačar’s on the up and Adam Yates is front group material. Emanuel Buchmann lost a few seconds, Richard Carapaz more.

The Route: a blogger’s rest day, this one doesn’t need a big write-up to explain the intricacies of the parcours. It’s downhill out of the Alps and characterised by wide roads along big valleys through les Les Baronnies. The intermediate sprint should be interesting as we have a contest for the green jersey.

With 40km to go the race passes through the city of Montélimar then it’s across the Rhone valley and here the Mistral wind will get up, a crosswind into, through, and out of the city. Then a headwind as they go into the hills with 20km to go and here there’s a 3km climb at 4%, not hard but look to see if some teams try to put pressure on the heavyset sprinters. The approach to the finish is on a big road and there are some 4% sections which could tip some sprinters into the red or cause positioning problems and it’s exposed in places to the crosswinds.

The Finish: there’s a bend to the right at the flamme rouge and here’s the steepest part of the finish, 150m with a 6-7% ramp at first, then it levels off. There’s a portion downhill and then a gentle drag up the line but only slightly. It’s a subtle finish, riders need to get over the brief uphill kick without going into the red and then keep going on the downhill section so they’re not swamped from behind. 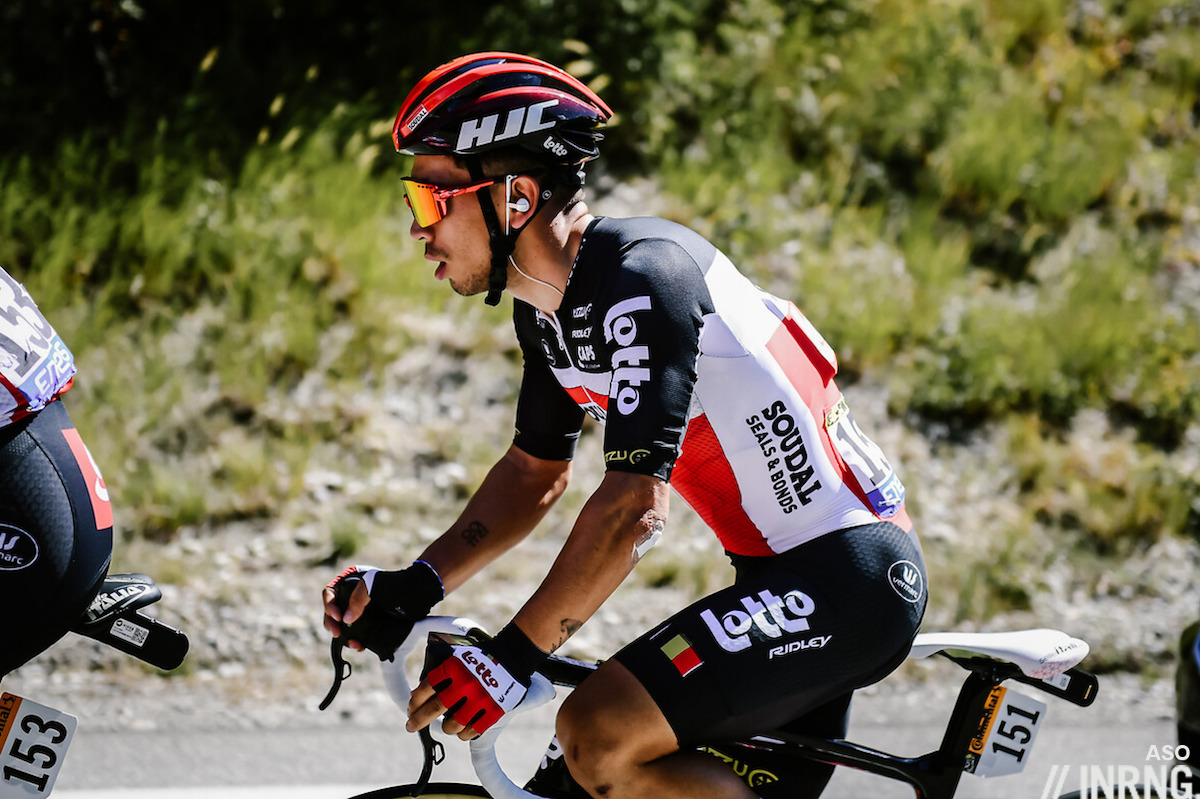 The Contenders: we’re beginning to get a hint at the hierarchy. Caleb Ewan (Lotto-Soudal) can win steeper uphill finishes than this, he’s a safe pick but the only doubts are over his climbing at the moment, if things are nervous in the crosswinds can he stay the course? Sam Bennett (Deceuninck-Quickstep) ought to win a stage but as mentioned before he’s sometimes error prone in the final moments of a sprint so he’s harder to back. Normally Elia Viviani (Cofidis) would come next but he’s having problems and even Cofidis management are worried. Bryan Coquard (B&B Hotels-Vital Concept) would like it to be steeper but might feel more confident here and otherwise Peter Sagan (Bora-Hansgrohe) is an easy pick, powerful in the sprint, versatile for the hills and crosswinds. Alexander Kristoff (UAE Emirates) and Giacomo Nizzolo (NTT) should close.

Weather: a pleasant day, sunshine and 25°C with a gentle 10km/h northerly breeze for much of the stage but once out of the mountains and into the Rhone valley the wind will get up, 25-30km/h gusts are forecast.

TV: live coverage from the start at 1.30pm CEST and the finish is forecast for 5.30pm Euro time.