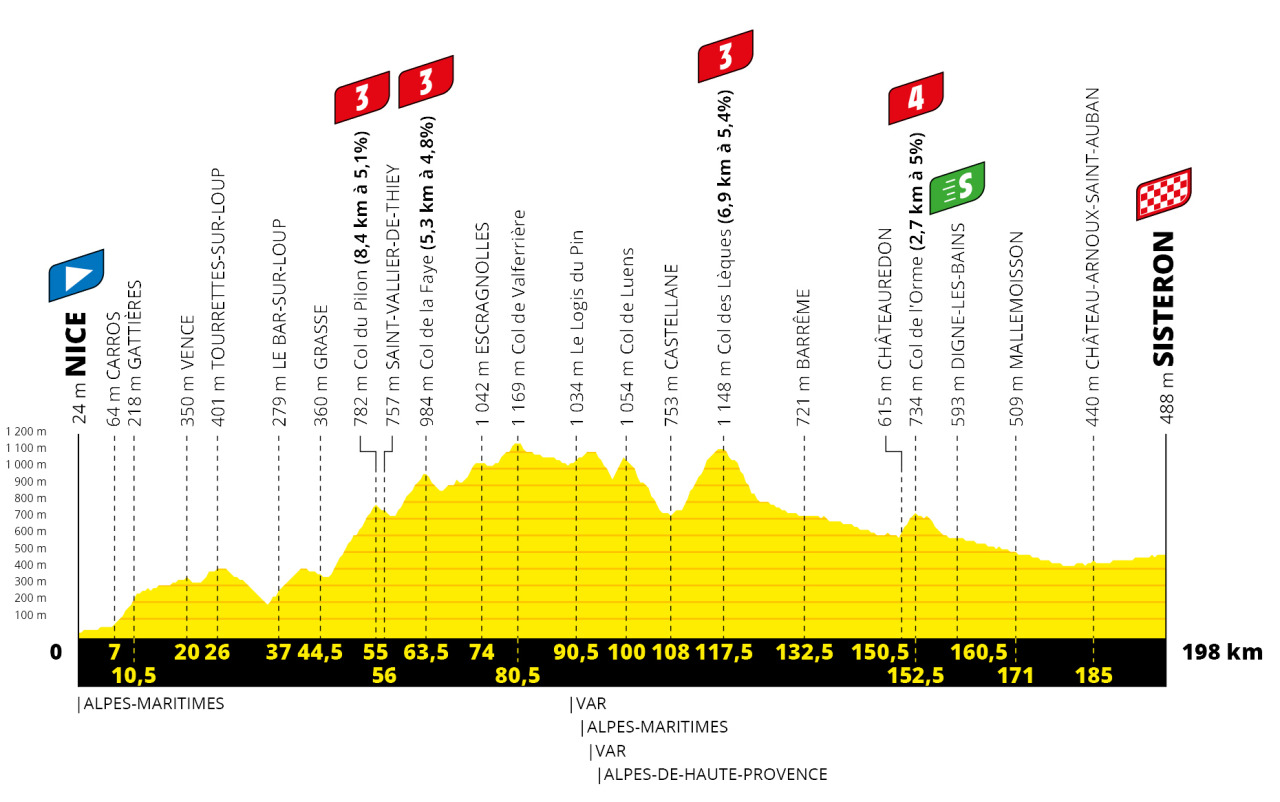 The Tour says au revoir to Nice and heads to Sisteron via the Alpine foothills. If this was the in third week of the Tour it’d be a good day for the breakaway but a sprint finish looks likely. 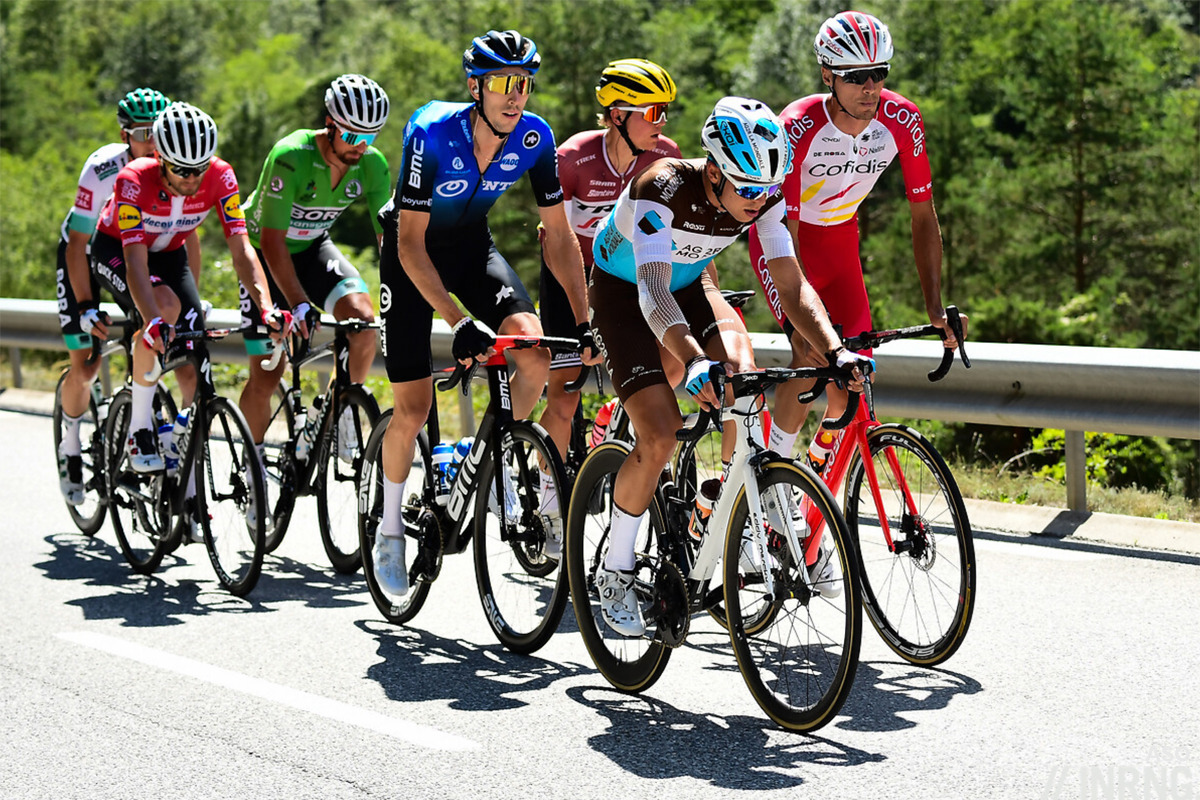 Eze rider: a big day in the mountains but no big moves on the Colmiane or Turini, they just helped soften the peloton up for the finale and showed off the beauty of the Turini’s hairpin bends to the world. Instead an early break with Peter Sagan hunting points but interestingly Matteo Trentin beat him to the intermediate sprint: we have a contest. Behind David Gaudu looked to be in trouble, his crash the day before leaving him in visible agony but he’d make it back to Nice.

Dani Martinez had a mishap on the descent of the Col d’Eze, he chased and got back but paid the price for his efforts, losing contact and over three minutes and EF’s tridente is a prong down. The second time up the Col d’Eze Michał Kwiatkowski drifted right just as Tom Dumoulin looked the other way, a touch of wheels and the Dutchman was down but the story isn’t the crash, it’s how easily he rode back. Moments later Julian Alaphilippe attacked and only Marc Hirschi would, or could, follow. Adam Yates floated across to form a trio with a slender lead going into the finishing straight. The headwind made for a polite sprint, the riders motioning “no, after you, I insist” as the Astana-led peloton closed in on them. Alaphilippe just held off Hirschi and celebrated pointing at the sky in memory of his father who died two months ago. Hirschi impressed too, he’s just turned 22 and hails from the same suburb of Bern as Fabian Cancellara. Yates is likely to feature again in the coming days and is enjoying the sort of tactical freedom that his move to Ineos may not allow. 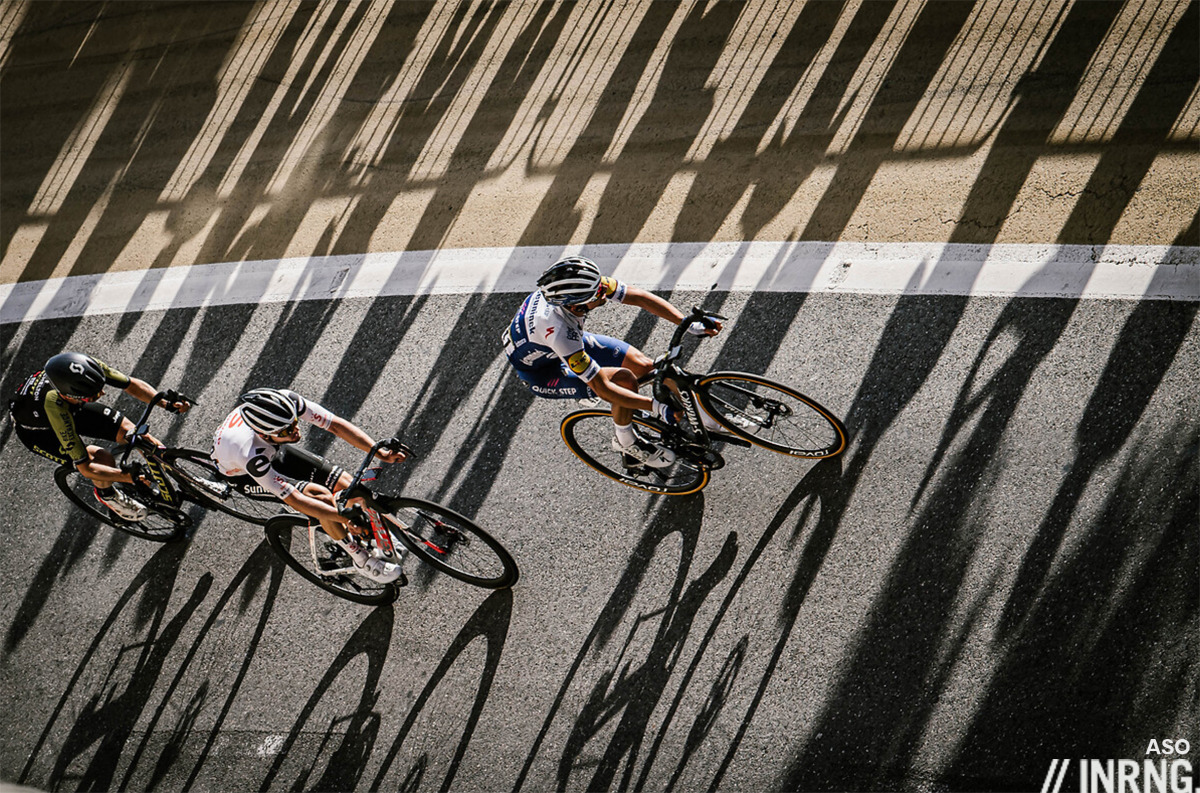 Alaphilippe made the move everyone expected and then won the stage to take the yellow jersey. You could see it coming yet that made the win all the more surprising because as inevitable as his uphill attack seemed nobody could stop him. Which brings to mind the next question: how long Alaphilippe can hold onto the yellow jersey? We’ll see tomorrow with the Orcières-Merlette summit finish, normally within his range. Jumbo-Visma will be happy with him in yellow for a week or more, they worked hard on the front yesterday and now have another team to do the work. If Alaphilippe wobbles Adam Yates is ready to pick up the jersey and Jumbo will like that as well.

The Route: 198km north, the first part to Grasse is a classic training loop for many of the peloton’s Monaco residents, and for those with an imperial streak, more famous as the Route Napoléon. Normally it’d be good terrain for a breakaway to go and take the mountains points but yesterday’s stage has put the jersey out of reach for a raid today, win every climb today and there’s seven points on offer while Benoît Cosnefroy and Anthony Perez are tied on 18 points each. Instead the big goal for the breakaway is to take time and try to hold out for the stage win. The problem is the final 80km suit the peloton and the sprinter’s teams who all want to set up the finish for themselves.

The Finish: the main road up the valley into town, there’s a roundabout with 2km to go that the Tour’s roadbook says you can take both sides but the first rule of race previews is bin the roadbook and it’s quicker if taken on the left and then a slight rise in the road before big boulevard finish in town.

The Contenders: a rematch between Jérome Cousin and Nils Politt? Surely not, more likely a second chance for the sprinters and another dragstrip finish. When Cousin beat Politt here in 2018 it was André Greipel who won the bunch sprint two seconds later and he’d make a nice winner but time passes fast. So the same names again as Saturday, but who to pick? Caleb Ewan (Lotto-Soudal) is the fastest on paper but his Lotto-Soudal team have la scoumoune, they’re unlucky so far. Sam Bennett (Deceuninck-Quicktep) and Elia Viviani (Cofidis) the other obvious picks with the Irishman ahead because his leadout train is solid. Cees Bol (Sunweb), Giacomo Nizzolo (NTT) and Alexander Kristoff (UAE Emirates) should be close.

Weather: sunshine and mild temperatures, 23°C but the chance of a shower or two in the mountainous section mid-way. This can be windy terrain but so far the forecast is just a 10-15km/h cross/headwind when normally 20km/h is the minimum to split things up.

TV: live coverage from start at 12.15pm CEST and the finish is forecast for 5.15pm Euro time.

Next post: France’s Green Wave Laps at The Tour