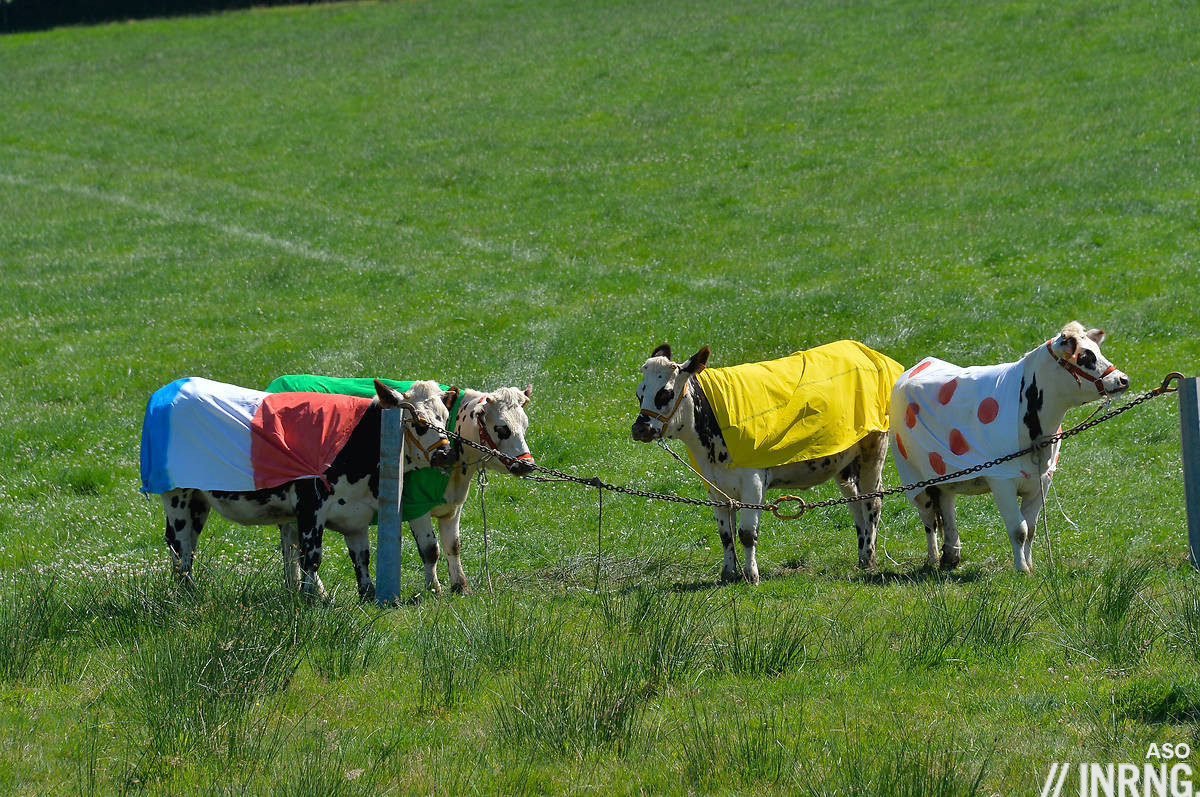 You probably know the 2021 Tour de France won’t start in Copenhagen any more, instead it’s been switched to Brest, on the western tip of Brittany. Behind the decision there’s been politicking as the city of Rennes was also a candidate but it rejected the Tour, the new local government said non on environmental grounds and this is likely to be a trend in France, the Tour and other races must change to meet and reflect new environmental demands.

Mayors make the world go round
The background is environmentalist politicians did well in France’s recent municipal elections, political commentators have dubbed this a “green wave” and the écologistes are now running major cities like Bordeaux, Lyon, Strasbourg, Poitiers and Grenoble. This is connected to the Tour de France because local government is essential to the race. In the pre-Covid days the majority of people you saw on the podium shaking hands with the day’s stage winner were mayors and regional government officials, they’re a big part of the Tour’s VIP clientèle. Similarly when the Tour route is unveiled each October in Paris mayors are a large part of the audience in the auditorium too. They’re the Tour’s customers, France has a layercake system of regional, departmental, city, town and village government and mayors matter. Hosting fees are a portion of the Tour de France’s income, these days the passage matters more than the payment and it’s about having enough towns along the route to visit. But some are starting to say non to the Tour.

Why? Because the Tour’s not very environmentally-friendly. As a travelling circus with thousands of vehicles the carbon footprint is enormous. People often ask why aren’t there electric cars and the answer is simple: they don’t have the range. If a car can do an advertised 300km on a full charge, stick bikes on the roof and you ruin the aerodynamics so the range shrinks. Plus a team has to drive to the start, drive the stage and then drive to the hotel in the evening so the distance travelled each can can be double the day’s racing distance. Then good luck finding a charging point in your hotel in rural France. The Arctic Race of Norway is 100% electric for its race vehicles but it’ll be a while before the Tour gets there although this is as much a policy issue for France as it is a decision for the Tour. 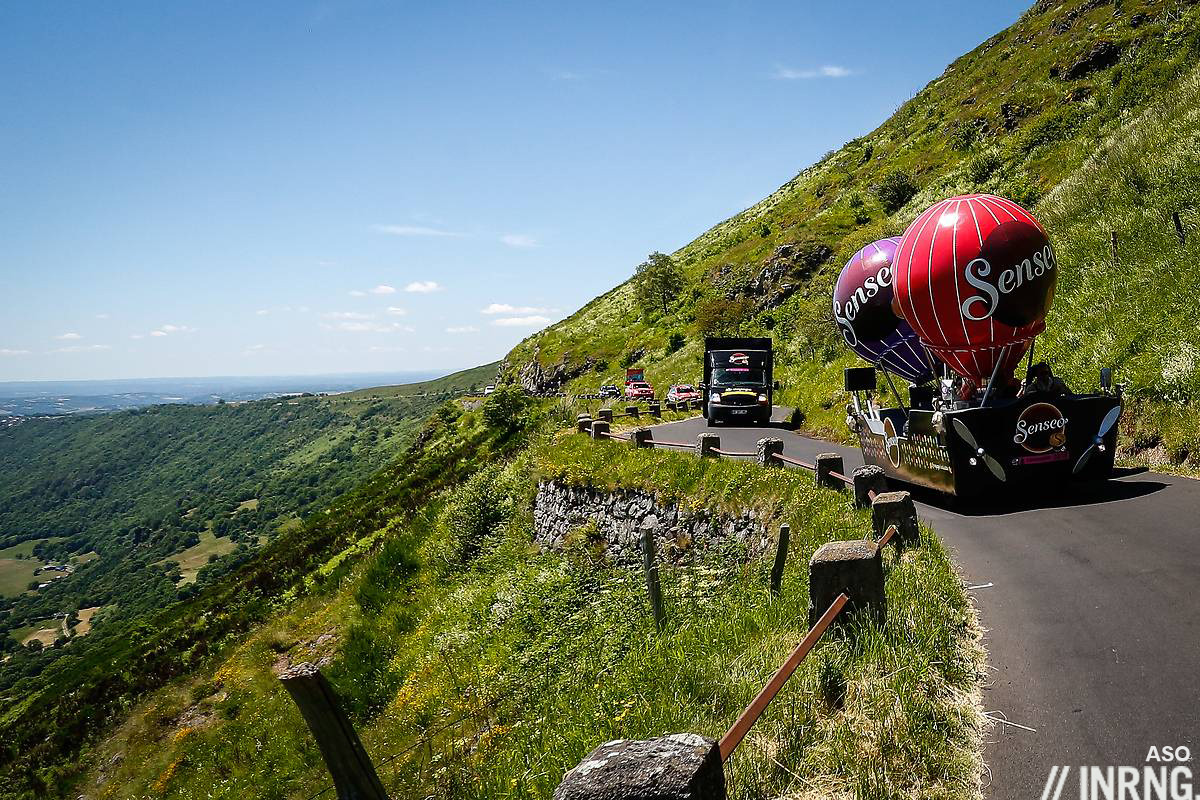 Another big objection is the naked commercial aspect of the Tour, some councillors are against le sport business. They question spending taxpayer money on hosting fees, and the value in repairing roads just for the race, rolling out a carpet of fresh black tarmac so multinational companies can hurl plastic goodies at people while teams, some promoting big polluters and despotic regimes, bask in the limelight. Now you might think they have a point; or you might disagree and say the Tour is good for business, thousands of hotel nights, a big draw for tourists and more. Both can hold true, no? Plenty of other local politicians, including greens, think this as well but there’s a growing cohort of Tour skeptics and they look set become a feature of French politics. 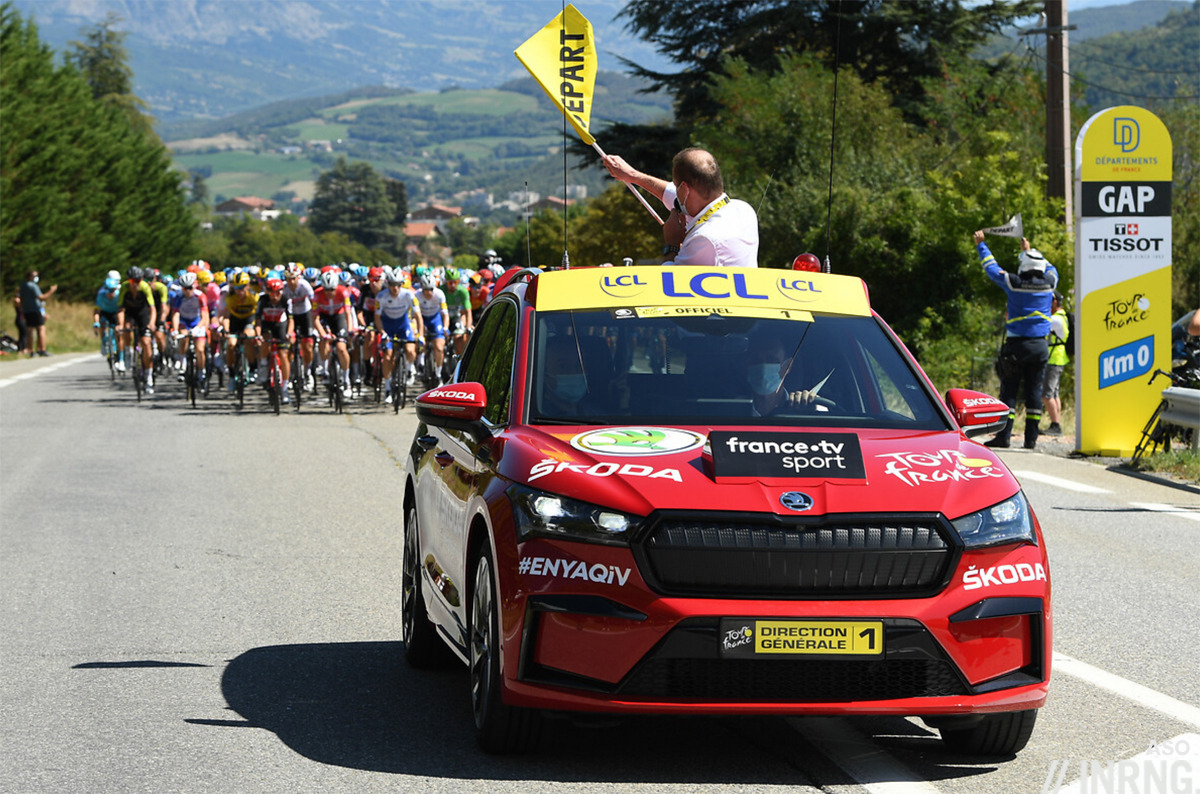 The Tour won’t be shut out, it’ll change. It’s started, a first this year is that all the Tour’s official vehicles are hybrids but it’s a gesture and part-marketing on behalf of Skoda too. The publicity caravan is changing, the idea is to throw out less plastic junk and instead supply more useful gifts but it’s all relative, we’re still talking a convoy of trucks driving around France to launch freebies at people. The Tour has a publicity campaign to get people cycling, expect this to grow. The podium protocol has changed, it’s not just Covid but a desire for equality that’s resulted in the new format of male and female hosts, and the same spirit is behind the planned eight day women’s stage race due for 2022. This works both ways too, if politicians want a greener tour, up to them to provide the infrastructure such as electric vehicle charging stations and the Tour can publicise the investment in return. Up to them to make the French railways available for long transfers rather than aviation (it’s said the Tour would use the train but France’s railway company the SNCF won’t put on a train in case there’s a strike and the bad image goes global). If mayors want gender equality then if they bid for a stage of the Tour de France then they’ll surely bid for host a stage of women’s race too?

Conclusion
The Tour might exist inside a Covid-bubble right now but it’s part of French society, a cultural event as much as a sporting one and the race has always changed to reflect societal and especiallyconsumer demand. Mayors and local government underpin the race as hosts and are more are calling on the race to change. Thanks to France’s “green wave” there are a few more anti-Tour politicians in power but the reality is more one of more Tour skeptics; politicians taking a stand against such a cherished institution risk alienating voters. Instead there’s a push to change the race rather than block it and it’ll be interesting to see what the race looks like in a few year’s time.