Nicolas Portal, the easygoing hardworker who was behind the wheel of the team car for all of Chris Froome’s grand tour wins died aged 40 at home in Andorra.

Born in 1979 in Auch in southwestern France, Portal got a mountain bike aged 14 and joined his local club. It wasn’t easy being a cyclist at school in an area where rugby is big but he soon started winning locally before being guided to road cycling which he found boring at times. But as he told Boudu magazine it was intriguing because the strongest rider didn’t necessarily win, an early lesson for a future directeur sportif. That title was a long way off though and the “ex-mountain biker” label followed him around for a long time, more than it did with peers like Jean-Christophe Péraud or Alexandre Geniez who’d also made the switch. Perhaps it was because he looked the part more than they did, as Pierre Carrey wrote in Libération, he had a tête de surfeur, he looked more surfer than racer and at times sported necklaces and bracelets and would even dye his hair. He was easygoing and stood out in the homogeneous world of the pro peloton and is probably the only pro to have had a stint as an underwear model too.

As an amateur he was coached by Michel Puntous who guided several riders into the pro ranks. Portal labelled him Le Russe, “the Russian” because of his demanding ways, a moniker that since stuck. As well as a “big engine”, Puntous saw in Portal a personality, he could put him with other riders from different backgrounds and they’d always get along, he was the agent to bind a team together. To progress further Portal left home, swapping his homely south-western France – a pleasant place with long summers, foie gras and Tuscan-style landscapes – for Wasquehal in France’s very north and next to Roubaix, a place mythologised in cycling but otherwise synonymous with socio-economic problems, frites and grey skies. An early version of Bienvenue chez les Ch’tis? Certainly for Portal it was another world, on moving he joked he considered towns like Cahors and Bergerac, a few hour’s ride away, as “up north” before the 900km journey to le Nord.

He was stagiaire with Ag2r La Mondiale in 2001, normally something to boast about but he told local newspaper La Depèche du Midi he’d seize the opportunity “but if I’m not at the level needed to meet this kind of life, well then I’ll just go back“. Ag2r La Mondiale team owner Vincent Lavenu wanted to try out the easygoing rider, “as he was a mountain biker he was a bit chilled” he told Boudu. Portal reassured in the trial period and turned professional in 2002.

A rouleur who could cope with the hills, he had a solid pro career. He made Ag2r’s Tour de France team in his second year, having finished on the podium of the French time trial championships days before. He had one win: a stage of the Critérium du Dauphiné in 2004 after a hard day across the middle mountains of the Ardèche where he got in the day’s breakaway of four and a late attack saw him win solo in Aubenas.

2006 saw him unveiled alongside Alejandro Valverde at the Caisse d’Epargne team presentation. He wasn’t a star but he was French and the presentation was held in Paris. Moving to Spanish team Caisse d’Epargne – Movistar today – raised eyebrows as few French riders signed outside of their home teams but it was sponsored by a French bank and they needed a French face. By now Portal was living at the foot of the Pyrenees with training loops that went via Spain, it suited all sides. He became a stalwart for the team and regularly rode the Tour de France for them, including 2006 in the service of Oscar Pereiro, the eventual winner of the race after Floyd Landis was disqualified and part of the saga of pro cycling’s leaden years. Pierre Carrey’s obituary in Liberation touches on doping and reveals that during the Tour de France that year “a doctor suggested a pharmaceutical programme that made you invincible. Portal refused”.

Like all pros he had annual heart screening and late in 2008 he got bad news, an arrhythmia was detected. This led to surgery and months of rest before he could resume racing. Despite a ruined 2009 season he landed a contract at Team Sky which which launched in 2010 but it wasn’t a great year on the bike and his one year deal was up. Team manager Dave Brailsford offered him a new role and he told Reuters he thought it was a joke at first, “some kind of British humour“. He wasn’t seen as a road captain who could transition into management, and besides his English was terrible for a job that meant briefing riders on team tactics and working the radio in the team car. “I had four out of 20 in my oral test and two out of 20 in my written test at [school]” and it hadn’t improved much after a season with Sky either. His French wasn’t much use for the team as they had no French riders and if he spoke Spanish in a French accent that wasn’t much use given the team only had two Spaniards and one of them, Juan Antonio Flecha, was fluent in English. It took many days before he said yes but he became a team manager aged 31 and quickly learned English and more. When Sean Yates left Team Sky Portal was suddenly the top sports director for the top team at the Tour de France for 2013 aged 34.

Chris Froome started the 2013 Tour as pre-race favourite and duly took the yellow jersey at the first summit finish when the race reached the Pyrenees. The next day Portal got a baptism of fire in a memorable stage that saw a flurry of attacks at the start which left Froome isolated and Movistar suddenly in command. But Portal was a local, he knew the roads and didn’t panic, telling Froome to sit tight and track Alejandro Valverde and Nairo Quintana all day, knowing there was a headwind waiting to sap anyone who tried an attack. Maybe if the race had visited the Alps first that year instead and the same scenario was playing out Portal wouldn’t have been so sure, but he knew the terrain. He became the youngest sports director to “win” the Tour de France with Chris Froome and worked to achieve more, often insisting on route recons when others on the team were less interested. A profile in Liberation during the 2018 Tour de France portrayed him as staying up late to pore over maps when other team managers were busy pouring beers. Perhaps he’d leave the watts and nutrition to others but when it came to the roads, terrain and wind direction he was in his element: part geography professor, part general. He eventually won six Tour titles from the team car but this was a stat, an anecdote rather than a calling card. Modesty perhaps, but more because Portal was not the figurehead of Team Sky, let alone the owner of the team in the way Cyrille Guimard and his seven Tour wins was. He was behind the wheel for Froome’s Giro win including the attack over the Colle delle Finestre to Bardonecchia and then again for Geraint Thomas’s win in 2018 where he had to manage Froome and Thomas’s competing ambitions.

Despite the big role, many journalists noted approachable he was, interviews were often easy to get. This is rare for the Tour de France, rarer for Sky/Ineos and their corporate communications, especially for someone with a critical role too. For years Sky walked into a public relations trap at the Tour de France but lately Portal helped get them out – “an alibi” winked Libération – and he gave the team a French touch for the home media. He was easy to listen to as well, his rocky gersois accent went a long way and the interviews were usually clear. 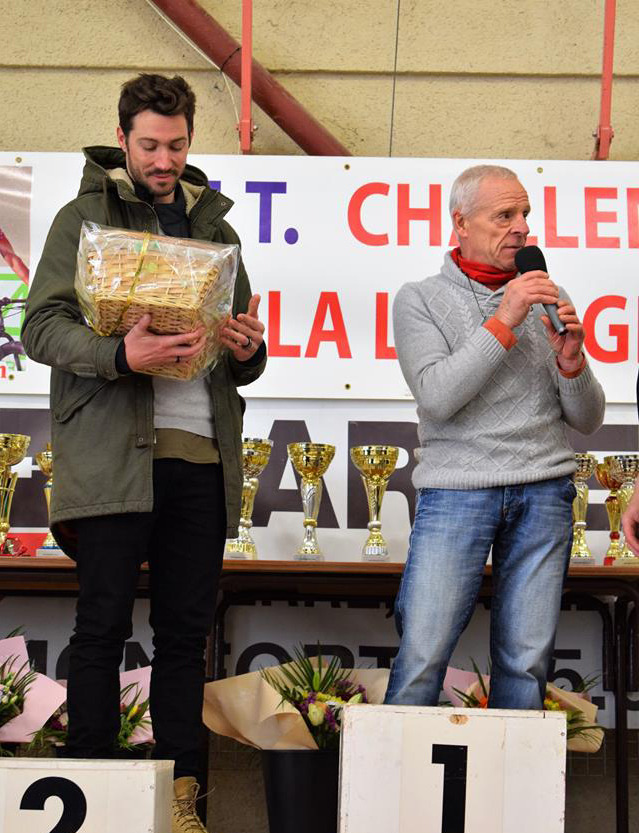 All this was the public side of a career in pro cycling, the high profile role. But there was more behind the scenes. With his younger brother Sébastien – also a pro for several years – he was the president of a local mountain bike marathon race which he’d won years ago. He dreamed of inviting Froome to start and would hand up the prizes to all the category winners. He’d visit a local school to talk to students studying sports one evening and leave promising to return for a ride with them and so on. Successful in pro cycling, it never seemed all important. He told Libération that if Egan Bernal didn’t want him around one day, then “I’ll go back to the roots. I’ll start a youth team to have fun, or an MTB team to share where I began.”