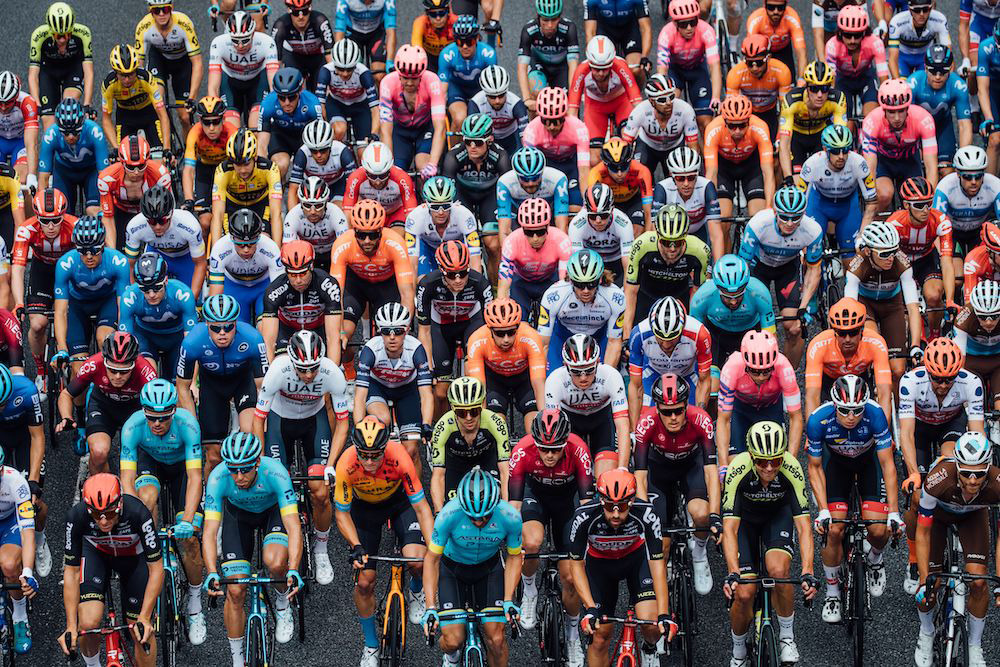 How do you like the new team kits for 2020? The likes of cyclingtips and Eurosport have reviewed, rated and ranked them.

Would you buy a team jersey and ride in it? Probably not, and that’s a problem. For all the success of the likes of Deceuninck-Quickstep, Jumbo-Visma and Bora-Hansgrohe might enjoy, their team kit doesn’t fly off the shelves and if the teams want to look exciting, their kit is traditional to put it kindly.

The designs are all safe, verging on boring and most seem designed around the same template with big panels for the sponsor logo in the middle. They’re traditional to the point where the brand new jersey for the Alpecin-Fenix team of Mathieu van der Poel – the hottest property in the sport – looks a lot like the Bonjour kit from 2001.

The Androni kit gets mocked for the way its packs the sponsors in and yes it’s like a textile version of a newspaper classifieds section but it’s only a matter of degree compared to wealthier squads that still go for the “stick the logo on the jersey” format. The exception to this are the two kits by Rapha, EF Education First and Canyon-SRAM. Taste is personal and you may or may not like the design and tones, but they’re interesting for two points. First the patterns and design of the jersey look more contemporary rather than the usual traditional blocks and fades that form the template of most pro team jerseys. Second, and crucially, the sponsor logos are not so dominant, especially on the Canyon-SRAM kit. 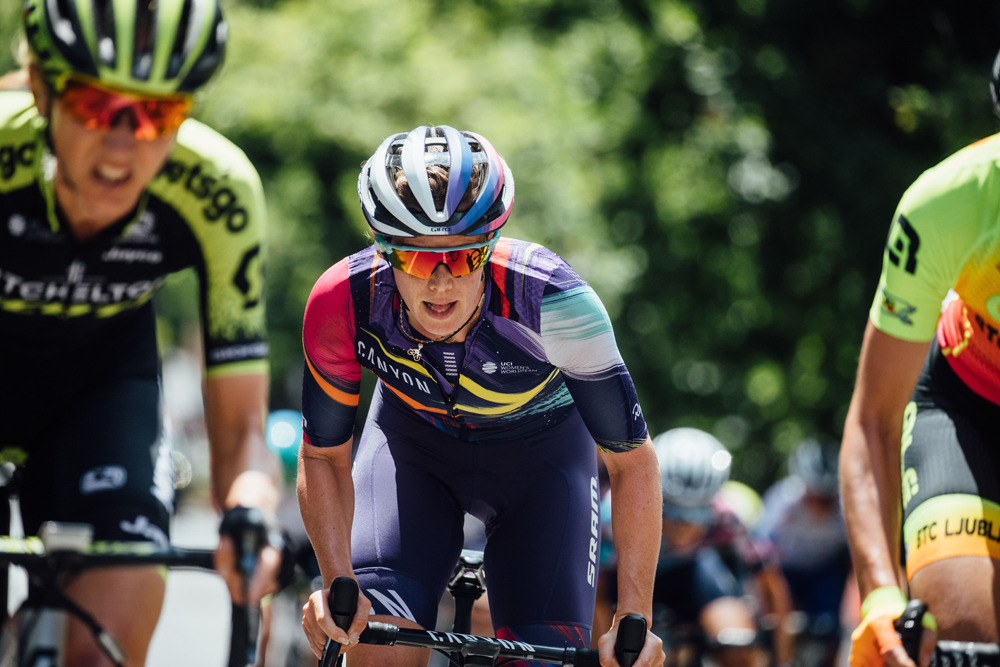 You can spot the jersey and get the identity of the team from the visual cue rather than the banner logo. Clothing company Rapha is behind these two, they sell plenty of ordinary non-team jerseys. Indeed lots of people are buying non team-issue jerseys from the likes of Rapha, Assos, Castelli, MAAP and presumably because the design is both more interesting and also because the jersey doesn’t look like the textile equivalent of a pop-up banner ad. You can ride, and walk into a coffee shop mid-way, without looking like an advertising hoarding promoting Belgian adhesives, French mutual insurance companies or your preferred authoritarian state.

The rules bit
You can almost do what you like with a jersey. Rule 1.3.038 just says the name or logo of the “principal partner” needs to be “preponderant” and in the “upper part of the jersey both on the front and back”.

Blank canvas
Soccer kits can sell by the container load thanks to tradition, people will buy the shirt of their favourite club to show allegiance rather than because they love the design. In cycling the jersey is much more of a blank canvas, history is no constraint. Since few buy kit out of tribal allegiance it has to appeal and there’s a freedom to make something interesting that people might want to wear.

Now you might be thinking it’s important to have big logos on the kit. Here the answer is more complicated. Some brands like the publicity but while there’s more TV coverage of racing than ever, the value of placing a logo on the jersey is questionable and varies according to the markets, demographics and brands in question. Still in reductive terms if people see the CCC logo in a breakaway they’re unlikely to purchase shoes directly but it might remind some on an almost subconscious level that CCC is an option if they need footwear soon… assuming they live in a region where the company operates. Today advertising is much more about branding, creating a connection to the audience, a feeling and other softer things rather than beaming a “Cofidis” or a “Bora” logo onto your retinas. Among pro teams the audience varies a lot:

All of this comes before the sport’s irony where teams long to get the yellow jersey in the Tour de France or another famous jersey but this means giving up their team kit for a jersey with different branding. But this surely makes the point that having your corporate colours and a giant logo isn’t the be all and end all of sponsorship? 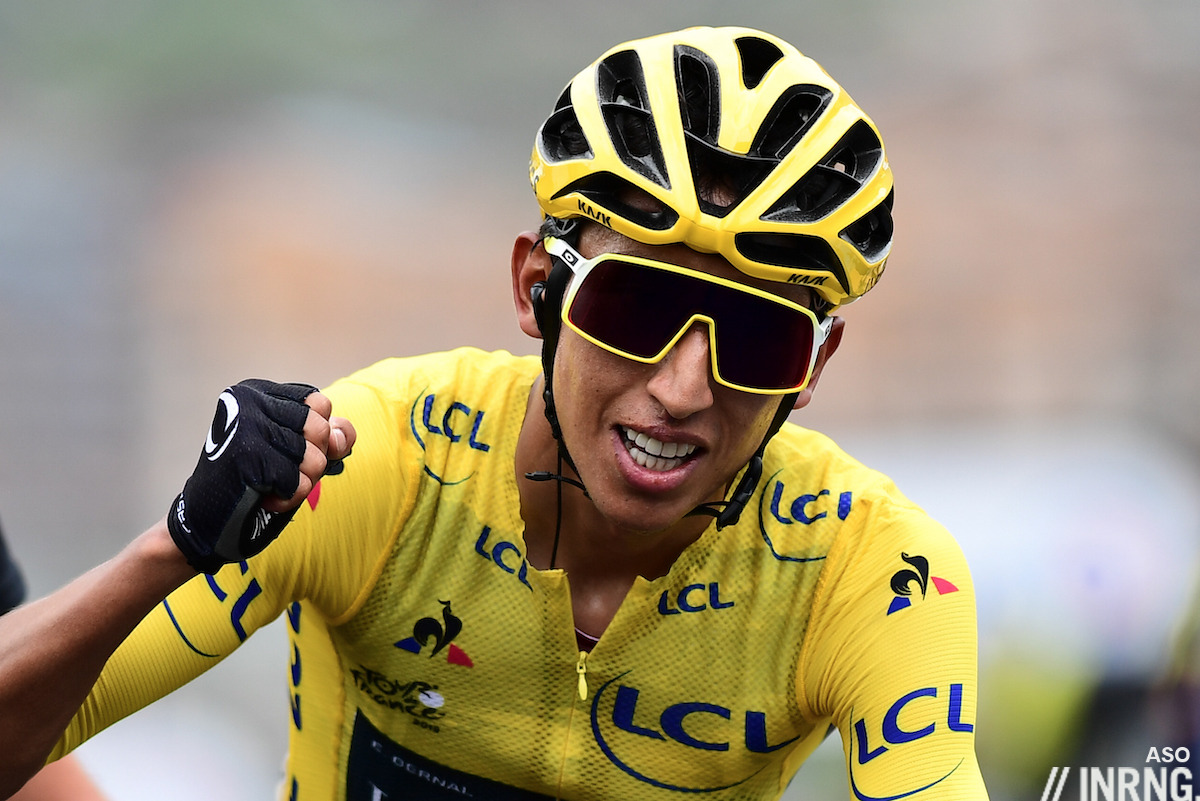 Conclusion
Lots of new jerseys but somehow most feel the same as they were 10 or even 20 years ago. For all the talk of the teams wanting to connect with fans and find new revenue streams, team kit that flies off the shelves hasn’t appeared yet despite this being something small and under their control. It could be an awkward conversation with some sponsors to tell them their logo should be smaller while another team goes for the giant billboard option but corporate advertising has moved on a lot and branding is often a lot more subtle than a giant logo, brands increasingly want experiences and feelings over naming rights and imagery. It’ll depend on the sponsors but squads like Canyon-SRAM lead the way and in the coming years we could see team kit become more subtle and subject to trends and fashions.

Main photo credits: Chris Auld photo, courtesy of the Tour Down Under