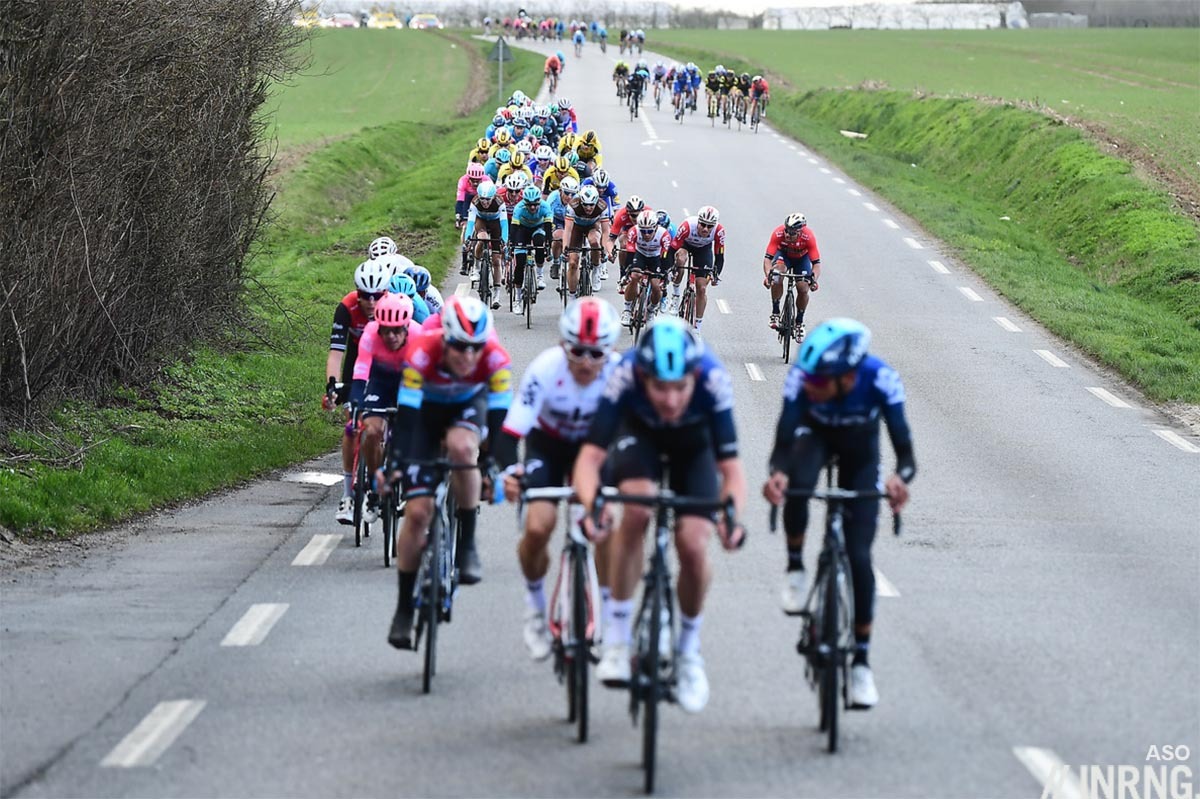 It’s hard picking the fifth and final highlight, the trouble with lists is the story is often all the things left off. How to pick between two stages of Paris-Nice ravaged by crosswinds, then rate the winner against other stand-out races in the year? So here are a few more highlights…

The highlights started early with the Tour Colombia and its giant crowds. The TV production was terrible but it’s like a restaurant where you put up with a rude the owner because the food is so good. Julian Alaphilippe won the penultimate stage and the next day’s finish saw Nairo Quintana triumph in front of his home crowds.

The openingsweekend in Belgium is great for the anticipation alone. As a business cycling often overestimates its popularity but in Belgium it is truly a national sport. Het Nieuwsblad was a good race with a lively final two hours before Zdeněk Štybar won with a late attack. 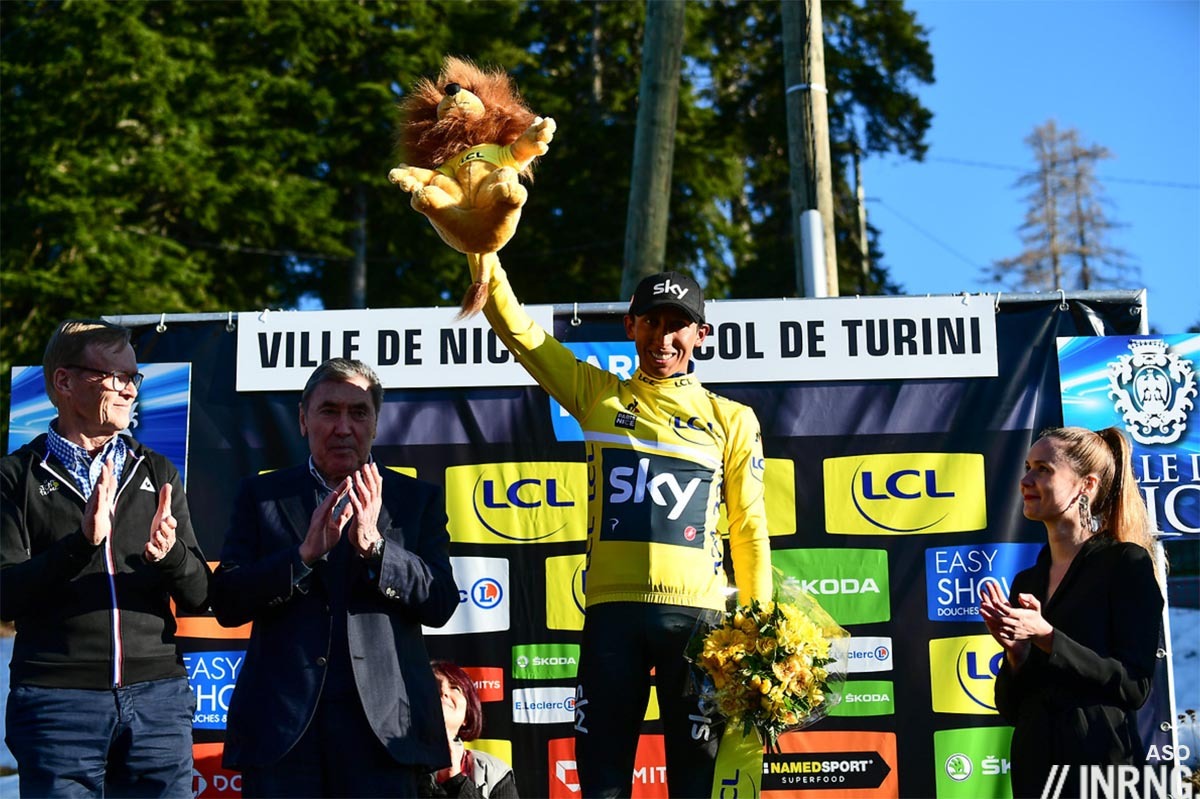 The problem with Paris-Nice is going from Paris to Nice. The flat roads south of Paris are featureless. Add wind and everything changes, a dull procession leading to an inevitable sprint turns into an instant classic and TV caviar. This year we got two stages of crosswinds and if Egan Bernal didn’t win the race here, he didn’t lose it either and the sight of him holding his own with the flahutes and flandriens shows he’s a versatile rider. The image of him in the yellow jersey atop the Col de Turini looked like a glimpse of the future. 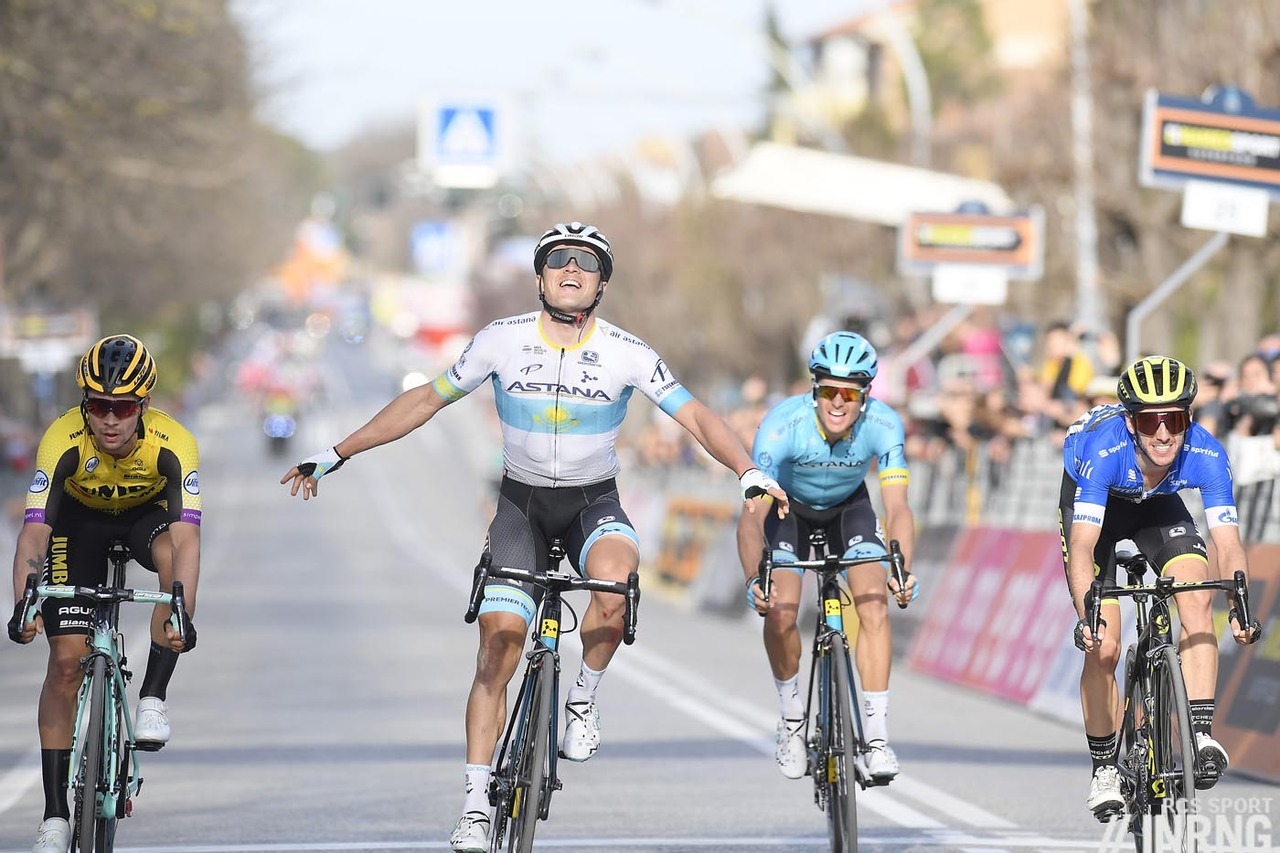 Tirreno-Adriatico‘s stage to Fossombrone was a thriller. Alexey Lutsenko went on the rampage and was pushing so hard he crashed one of the hilly loops but fell into a bank of chestnut leaves, remounted and kept going. He was caught in the finish by a select group of Adam Yates, Primož Roglič and team mate L-L Sanchez… and still beat them in the sprint. Roglič went on to win overall as part of his long winning streak.

Gent-Wevelgem was a hard race won by a tough rider in Alexander Kristoff.

The Tour of the Alps is a gem of a race, some mountain stages on roads you want to ride and being outside of the World Tour it gets a mix of teams. Glance at the results and it was another win for Team Sky but this time after a lot of attacks rather than the steamroller method.

The Critérium du Dauphiné is usually a highlight but didn’t catch fire this year although the second stage to Craponne was good as a select group escaped on the final climb of the day and we got to see Thibaut Pinot, Chris Froome, Jakob Fuglsang and Nairo Quintana trade blows on the road. 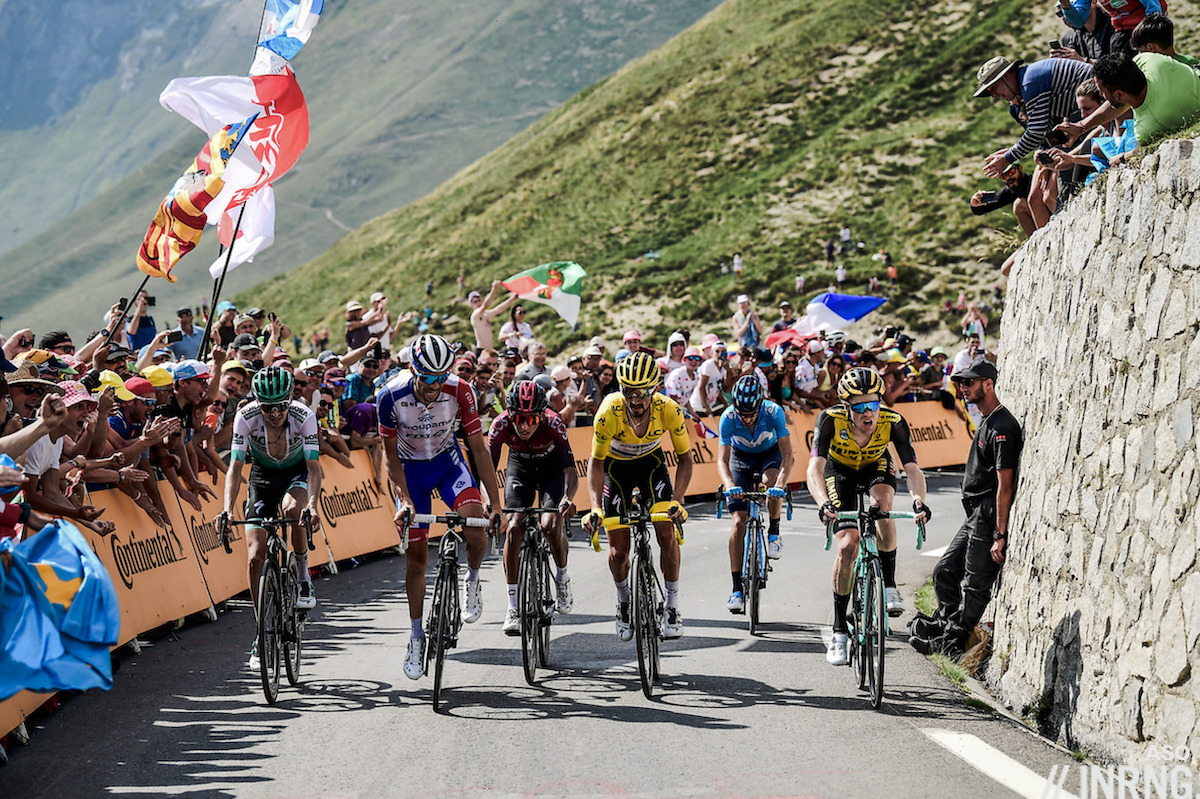 The Tour de France was great… except for the ending. There were few dud stages and even the time trial stage was a thriller. Thomas de Gendt’s stage win was a stand out highlight but Daryl Impeys’s stage win was a thriller, the crosswinds to Albi enlivened the day, Thibaut Pinot’s spell in the Pyrenees with a stage win one day and then dropping all the GC rivals again the next was impressive and Matteo Trentin got a deserved win at the end of a wild stage. The GC contest was very open and a complete change from the pattern we’ve seen this decade of Sky taking the yellow jersey mid-race and riding like a fortress. Julian Alaphilippe took the yellow jersey and the question was whether he’d keep it on the Planche des Belles Filles… and he kept on going and going. All this under near permanent sunshine and France on holiday.

Remco Evenepoel’s San Sebastian win impressed and impresses the more you look at it. He was on duty to help others early in the race but put in a late attack and rode away. Sometimes you can attack just when everyone is tired and get away but here he jumped and managed to increase his lead while the group behind was chasing hard.

The Vuelta proved a cakewalk for Primož Roglič, even if there was no time trial in the race he’d still have won and this after his Jumbo-Visma team wiped out in the opening team time trial. There were some good stages and Stage 17 was similar to Paris-Nice, on paper the terrain looked banal but that paper got blown away by the breeze and it set up a frantic day’s racing with Philippe Gilbert winning at the end. We’ll look back at this edition because of Roglič’s and Tadej Pogačar’s performances.

Annemiek van Vleuten impressed with her giant solo break in the World Championships in Yorkshire this year to finish another dominant year although not atop the UCI rankings.

Bauke Mollema’s win in Lombardia was satisfying, often an unsung rider he waited for the right moment to take his chance and triumphed and it ended the late season run of races in Italy which, thanks to full TV coverage, are enjoyable to watch at the end of the season.

It’s not all sporting highlights, there’s more to cheer in and around the sport:

Any more highlights? Share them in the comments below…