Book Review: Where There’s a Will 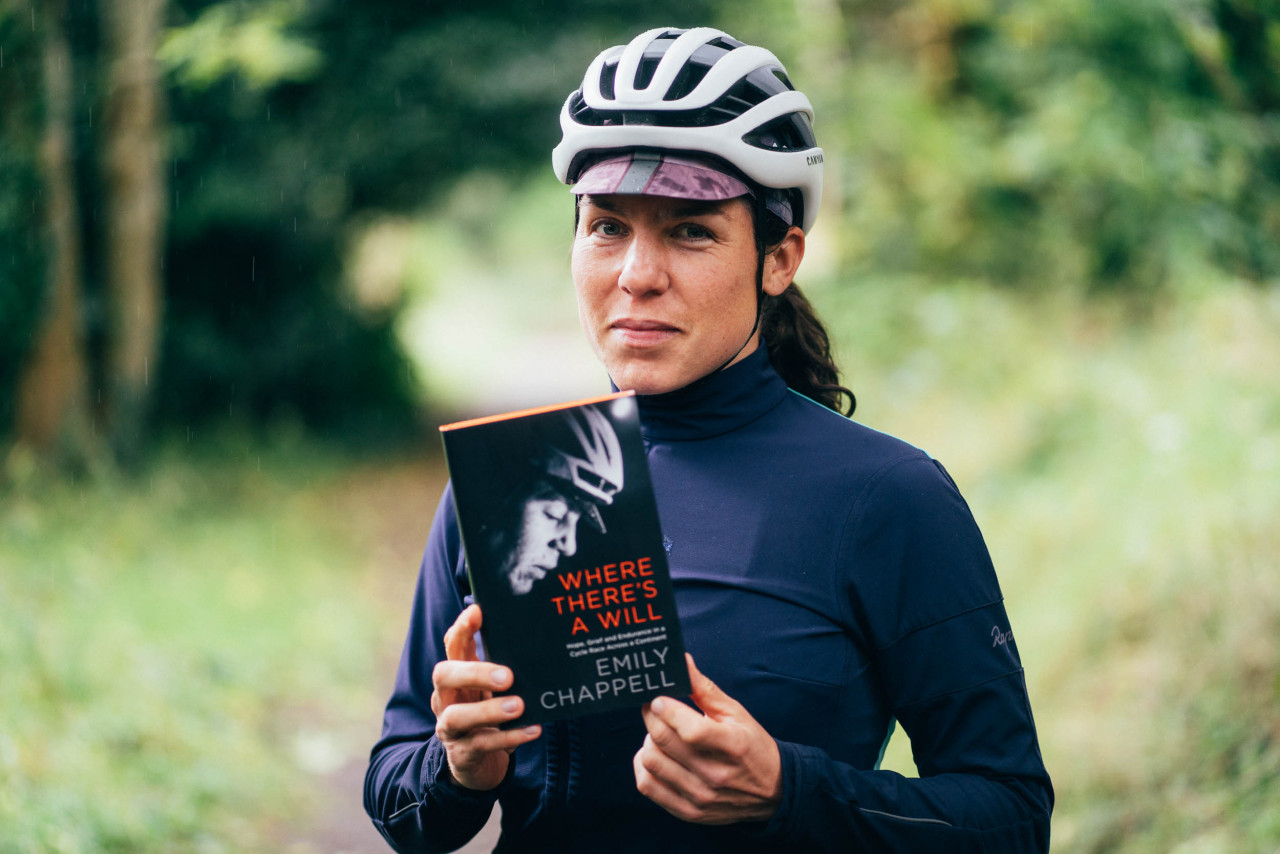 “Where There’s a Will” by Emily Chappell

A tale of adventure that might encourage you to try a longer ride and helps reflect on the nature of racing and sport.

The prologue sets the tone, the opening pages describe an episode during the Transcontinental race when the author is longing for sleep. She’s leaving Italy for Slovenia and catching a few winks here and there amid grass verges and woodland. Only it’s written up afresh, she’s not “tired” or “wrecked” but “falling into deep sleep so violently that it felt like dark claws were reaching up from the depths to snatch me under”. It grabs you, especially if you’ve half an interest on the Transcontinental, the ultra endurance race across Europe.

The Transcontinental is an imaginary race for most. It’s all too real for the organisers but participants spend months imagining the route via maps and routing software, revising packing lists and planning just where each item will be stowed. Once underway, online followers get the vicarious experience of “dot watching” and social media updates. For many this is enjoyable in itself but if you find yourself wondering what you’d out on the road then this book helps recount more personal experiences. It’s certainly not a manual full of tips, you won’t find a packing guide or nutritional advice. It’s very much the author’s experience of moments along the way but chances are Transcontinental fans will devour it.

Riders are alone but aware they’re being watched. The online audience does play on the mind of participants. Should their plan include venturing down a road that turns into gravel track which shrinks further into a narrow path, they’re often only too aware that social media and forums will be pouring over this route choice to determine if it’s genius or ruinous and Chappell recounts this but she’s out for the ride, sometimes deliberately choosing the scenic route even if it means more climbing or a detour. All the same the need to complete the course quickly means there’s no time to dwell on the scenery, it’s not a travelogue.

It’s autobiographical but covers a fixed period in the writer’s life, the build up to riding the Transcontinental for the first time and then again to finish as the fastest woman. One theme throughout is Mike Hall, the founder of the Transcontinental with Chappell describing their first uncomfortable but knowing encounter, then rides together as near neighbours in Wales – about an hour’s ride away but what’s that among ultra cyclists? – and then Hall’s death in the Indian Pacific Wheel Race and Chappell’s grief. This part felt almost intrusive for a few pages but if a quiet theme of the book is celebrating Mike Hall’s life then how his death was felt is going to be part of it too.

Chappell’s experience of ultra racing reminds me of George Sand’s demand, “Let me escape the deceitful and criminal illusion of happiness! Give me work, tiredness, pain and some enthusiasm.” Here the point is to keep riding and even the finish line of the Transatlantic isn’t always the end goal. To complete the race means confronting a void soon after, to “win” it as the fastest woman is underwhelming and even comes with unwanted expectations, she’s happier being the leader rather than the winner. Travelling is better than arriving although sometimes headwinds or hypoglycaemia make persuasive arguments in the moment. In endurance cycling there can be several finish lines, there might be a big finishing point but often the struggle is just to reach the next hairpin let alone the checkpoint days ahead.

This blog’s vocation is pro cycling but reading this helps reflect on sport. What fascinates with the Transcontinental and other endurance events, like the nascent gravel races in the US, is their simplicity and the way they invite everyone to have a go, maybe you’re not going to but you could. It’s open. By contrast pro cycling is a closed circuit and increasingly trying to double down on this with less space for small teams and TV coverage overlaid by power data which even many TV commentators aren’t qualified to talk about, let alone the audience. There’s still plenty of sport and drama but professional cycling is travelling away from adventure towards performance. The Transcontinental and other events are refreshing, or at least they are to read about instead of ride.

The Verdict
An enjoyable and readable adventure story, this isn’t a tale of absolute performance, more one woman’s rides over the course of a few years. One fear with writing up endurance cycling is there are only so many ways the author can convey their exhaustion as they toil to a destination but Chappell doesn’t present us with a daily diary that’s part thesaurus for “tired”, part calorie count. Instead it’s well written and the prose makes the story enjoyable. It’s no manual, don’t read for Transcon tips, instead it’s much more enthralling to get the highlights of the rides with tales of dawn breaking over mountain ridges and moments snatched riding across borders, all those moments that make rides, especially the longest ones, so memorable.