A short 140km stage with a finishing circuit and a likely sprint. 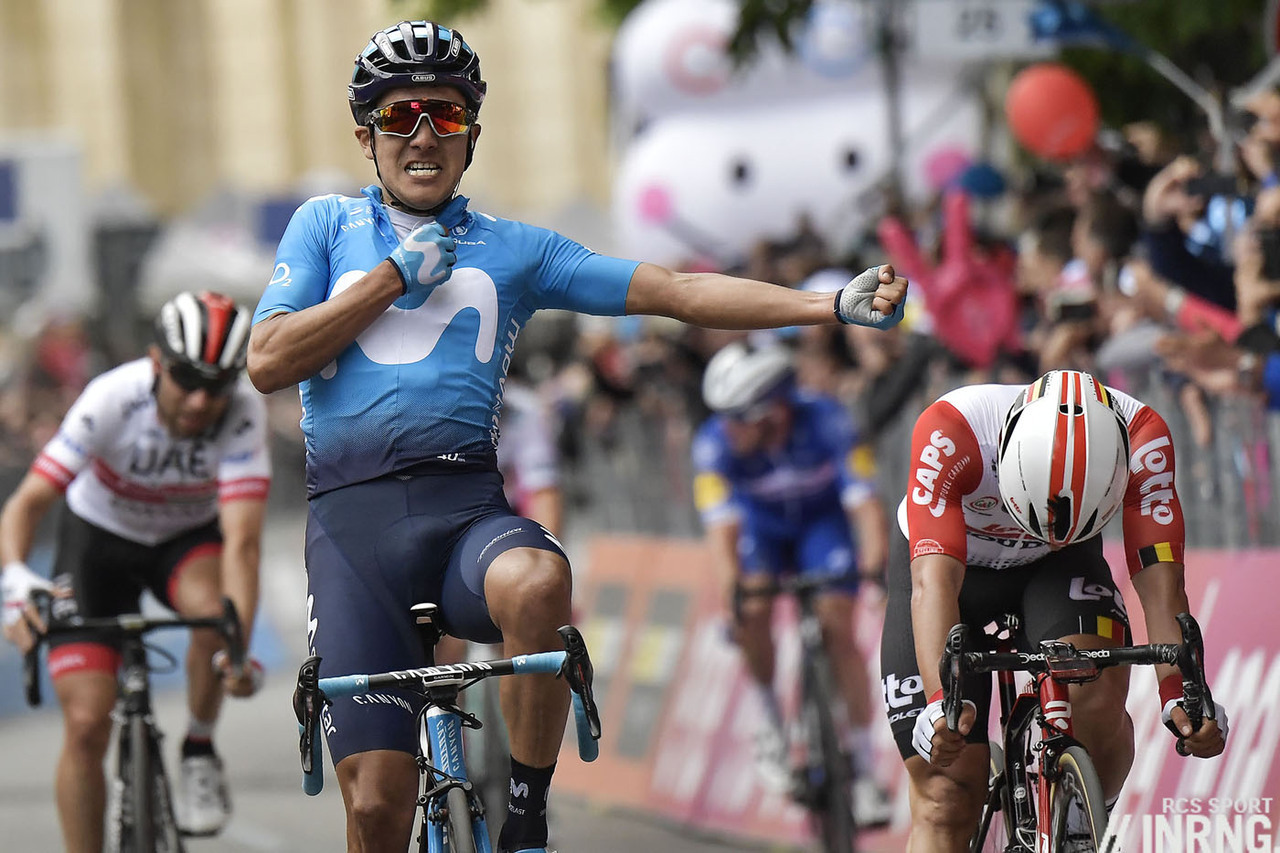 Stage 4 Review: why such a long stage? Because it’s the Giro d’Italia and so it must tour Italy. You could have 80km stages every day but that’s still no guarantee of action and the race would hardly cover any ground. A breakaway of three wildcard teams and a sprint finish loomed. In the approach there was a crash which brought down Tom Dumoulin and he lost four minutes as he struggled to pedal to the finish, spinning a low gear with his jaw clenched. Ahead the race split and Richard Carapaz made a late attack in the streets of Frascati and quickly got a big gap as the others had a brief stand-off about who should chase and this hesitation meant Caleb Ewan’s could only close the gap with a big sprint. Roglič made the split to watch the stage victory play out in front of him and took time on his rivals while Dumoulin will see morning whether to continue. Arguably of all the GC riders he’s the one who could quit the GC and come back for the Tour, he’s been here and got the pink t-shirt already and trundling round Italy to see if he can get back into contention seems a big ask, but he might hang on for the time trial stage as a test.

The Route: just 140km to Terracina and as far south as the Giro goes this year. It’s a tough start with climbing and rough roads.

The Finish: the riders come into Terracina, proceed along the finishing straight and then head out for two loops of a flat 4.7km finishing circuit with eight 90° bends and passing alongside the sea. There’s time to learn the circuit before the sprint and the 1.5km long finishing straight.

The Contenders: it’s bound to be a sprint even if the opening phase makes for a good launchpad for the breakaway. Elia Viviani (Deceuninck-Quickstep) is out for revenge and looked quick in Orbetello before the commissaires got to him, Fernando Gaviria (UAE Emirates) is getting better every day but a man down after team mate Molano was benched by the team for “unusual physiological results”, presumably haematological rather than, say, leg length measurements. Meanwhile Pascal Ackermann (Bora-Hansgrohe) still has the raw power and Arnaud Démare (Groupama-FDJ) is running close and both might like the dragstrip finish. Caleb Ewan (Lotto-Soudal) is having some near misses but he did this in 2017 before finally getting a win.

There’s a second wave of sprinters including Matteo Moschetti (Trek-Segafredo) who is the new Jakub Mareczko (CCC) who was the new Andrea Guardini. Giacomo Nizzolo (Dimension Data) can place, the same for Davide Cimolai (Israel Academy) but the big five as a cohort look unbeatable.

Weather: south but no warmer, a chilly 16°C and showers. It won’t be too windy but there’s a slight headwind forecast for the finish line.