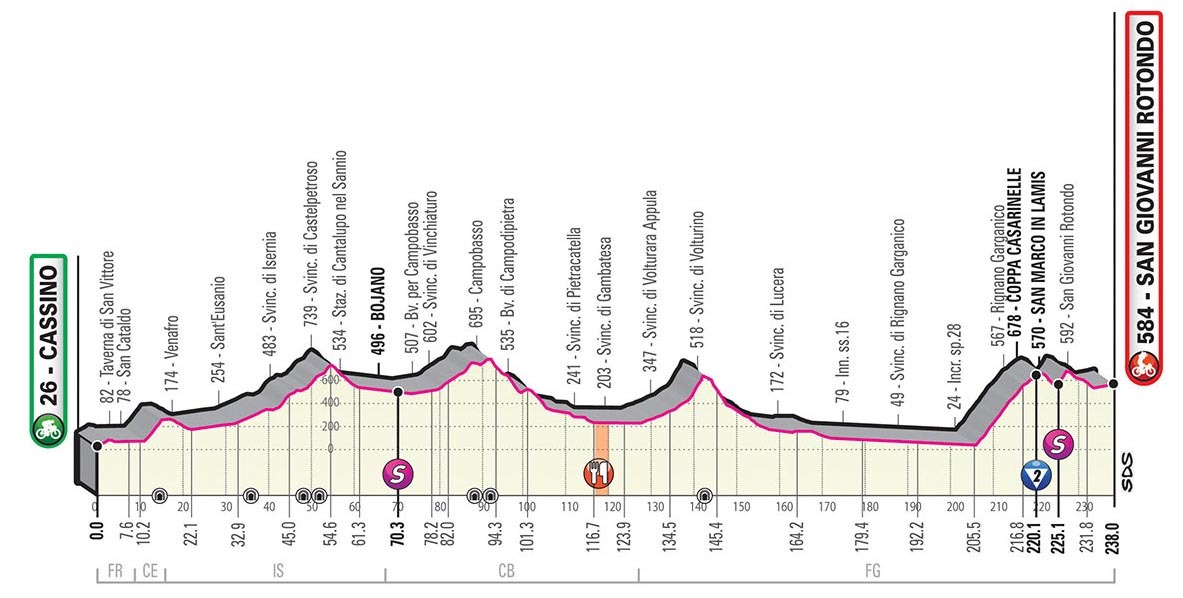 Sprint or breakaway? A long stage and the hilly finish could open up the stage while the grim weather continues. 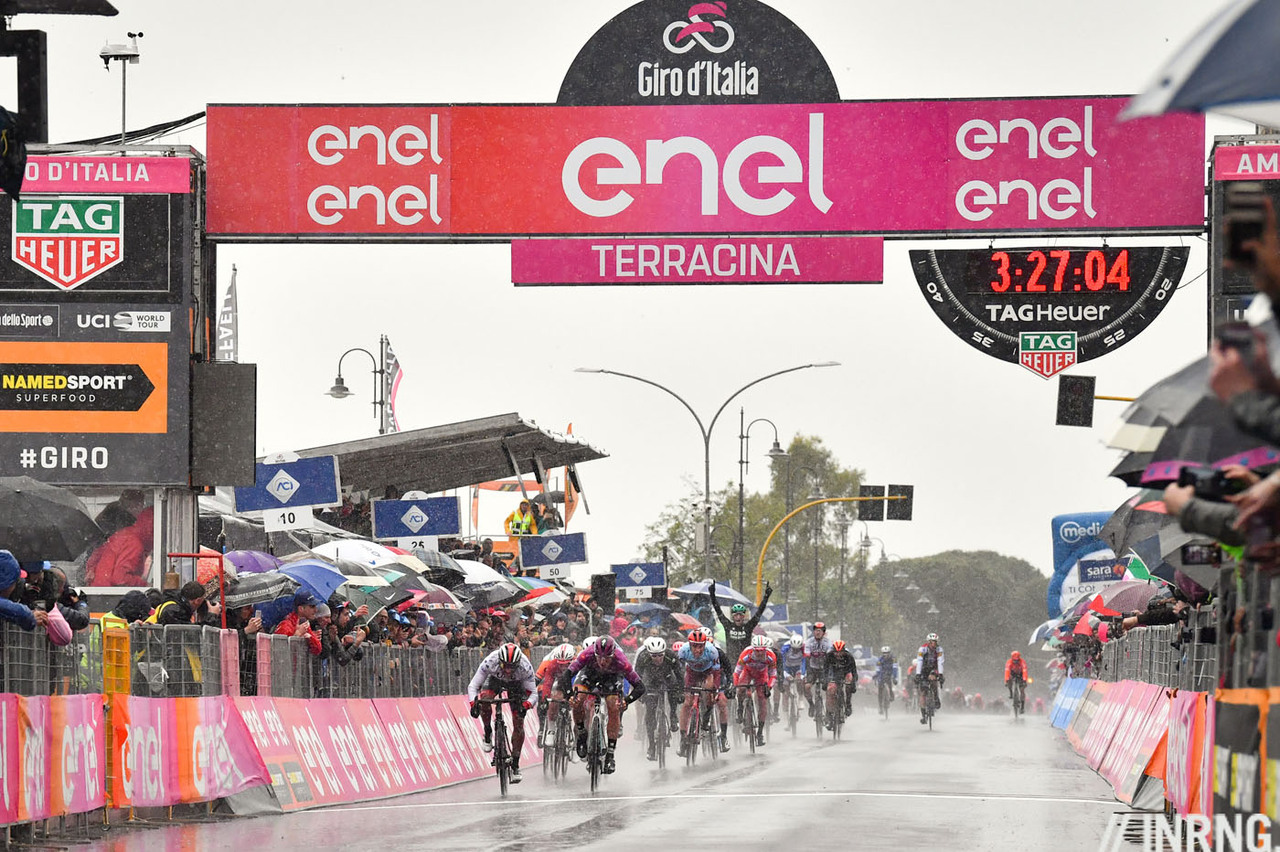 Stage 5 Review: Tom Dumoulin took to the start but abandoned and the presence of team mate Louis Vervaeke in the breakaway suggested Dumoulin’s abandon was likely. The rest of the stage was ridden under a downpour and the only race seemed to be for a hot shower but there was a sprint and the finish line was awash with water, they could have used pedalos. Pascal Ackermann won the stage, a mix of timing and power. The day may be more memorable for UAE Emirates and Bahrain-Merida being engulfed in Operation Aderlass with the latter seeing one of their Giro team provisionally suspended.

The Route: from Cassino, scene of a huge battle in World War Two and San Giovanni Rotondo, which isn’t the patron saint of roundabouts but the home of Padre Pio, a saint and the destination of many pilgrimages. It’s 238km and it’s not the longest stage of the race. The first 200km see the race cross Italy and to the big climb of the day to Rignano Garganico which rises out of the plains of Apulia. It loos like a hurdle to the sprinters at first glance but it’s not so hard, 15km at 4.4% but with some longer parts that could be too much for the sprinters if some teams turn up the pace. It itself the climb isn’t too much for the sprinters, it’s down to the tactics. Over the top and the climbing isn’t done, there’s an unmarked climb with hairpins for 2.6km before a drop to arrive in the finish town.

The Finish: a ride around San Giovanni on an undulating road with a long finishing straight that rises to the line at 2%.

The Contenders: a breakaway or a sprint? The big climb can see some sprinters in trouble but the likes of Caleb Ewan and Arnaud Démare can manage on a good day but could find the second climb too much. This means fewer teams to chase and the climb is a launchpad for some breakaway riders.

Obvious picks are Thomas De Gendt (Lotto-Soudal) especially as he go in the breakaway meaning Lotto-Soudal can still deploy Caleb Ewan only without having to chase but he’ll have to go on the climb. Otherwise Diego Ulissi and Valerio Conti (UAE Emirates) can try to land that all-important first Italian stage win. Tony Gallopin (Ag2r La Mondiale) is versatile and has won Vuelta stages like this. Team Ineos don’t have a big leader, perhaps they’ll try with Eddie Dunbar. But there’s a long list of contenders, it’s all very open in the first week, choose from teams without sprinters or GC contenders first and then cast wider.

Weather: cold and damp, the forecast says a top temperature of 11°C