A stage of the Giro borrowing from the route of the Tour of Lombardy and when they did this in 2017 it made for a great day’s racing. 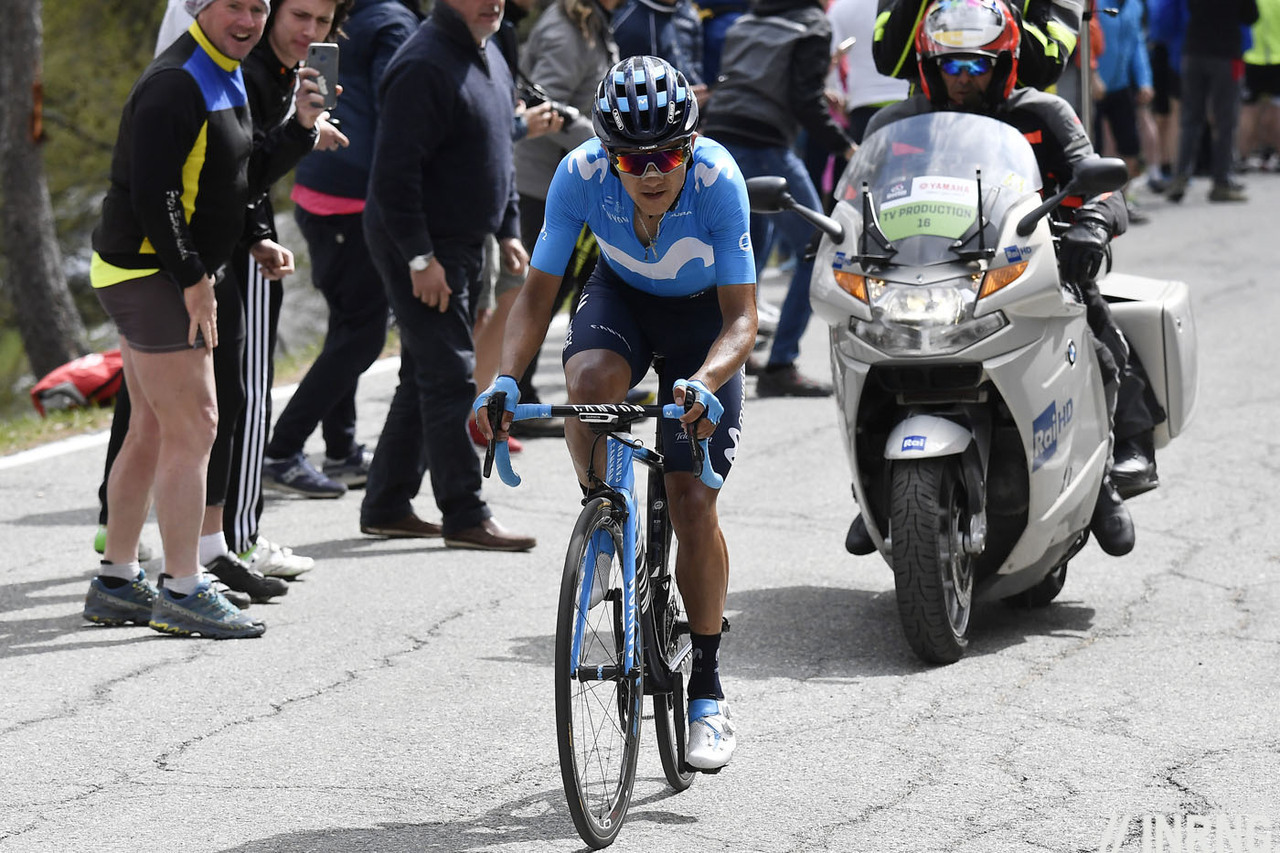 First among Ecuadors: a lively start with the first climb tackled at warp speed, then a breakaway which had the likes of Ivan Sosa and Hugh Carthy brielfly looking like they could contest the stage win, as well as Andrey Amador and Ion Izagirre to act as relay points for their respective leaders at Movistar and Astana. But Jumbo-Visma kept a lid on things, a train of cherubic faces from Kuss, Tolhoek and Bouwman that didn’t so much look like the U23 Giro Valle d’Aosta but a junior race… until you saw the speed they were climbing. The Colle San Carlo proved decisive as the breakaway was reeled in thanks to early work by Vincenzo Nibali and his team mate Damiano Caruso who was surprisingly strong but remember he’s finished second overall in the Tour de Suisse and fifth in the Critérium du Dauphiné. After moves from Mikel Landa and Miguel Angel Lopez, Richard Carapaz launched an explosive attack to to solo over the colle with a lead of about thirty seconds and he kept this on the descent despite Nibali going full shark. Once they reached the valley road to climb to the finish in Courmayeur, Carapaz was tucked low on the drops and fighting for every second while the chase group was sitting up and marking each other which meant Carapaz’s lead went up and away, indeed he was chasing every second and only sat up to celebrate after he’d crossed the finish line. Ilnur Zakarin fared worse among the big names, starting third overall and finishing the day 11th overall.

As for Carapaz he’s cycling’s first Ecuardorian, as in he’s the first Ecuadorian to do this, and to do that. He was the first non-Colombian to win the U23 Vuelta a la Juventud and now the first Ecuadorian in the maglia rosa. Primož Roglič is now in an interesting position, on the one hand Carapaz is in the lead but only by seven seconds, a gap that, everything else being equal, the fast Slovenian could overturn in the final time trial and so placing the burden on Movistar who might be more invested in Carapaz given the transfer talk that Mikel Landa is leaving for Bahrain-Merida. But like Landa, Carapaz looks irresistible uphill and neither Roglič nor Nibali can contain the Movistar tandem.

The Route: 232km east. A start in Ivrea, Italy’s computer capital of sorts, and a long starting phase where the first 140km cross the plains of the Po valley, passing fields of corn of polenta and rice paddies for risotto. Then comes the unmarked climb from Asso to Valbrona as they ride into the final loop around the Lombard lakes. There’s a descent down the corniche road to pick up the road beside Lake Como and the familiar Tour of Lombardy route used almost every autumn. 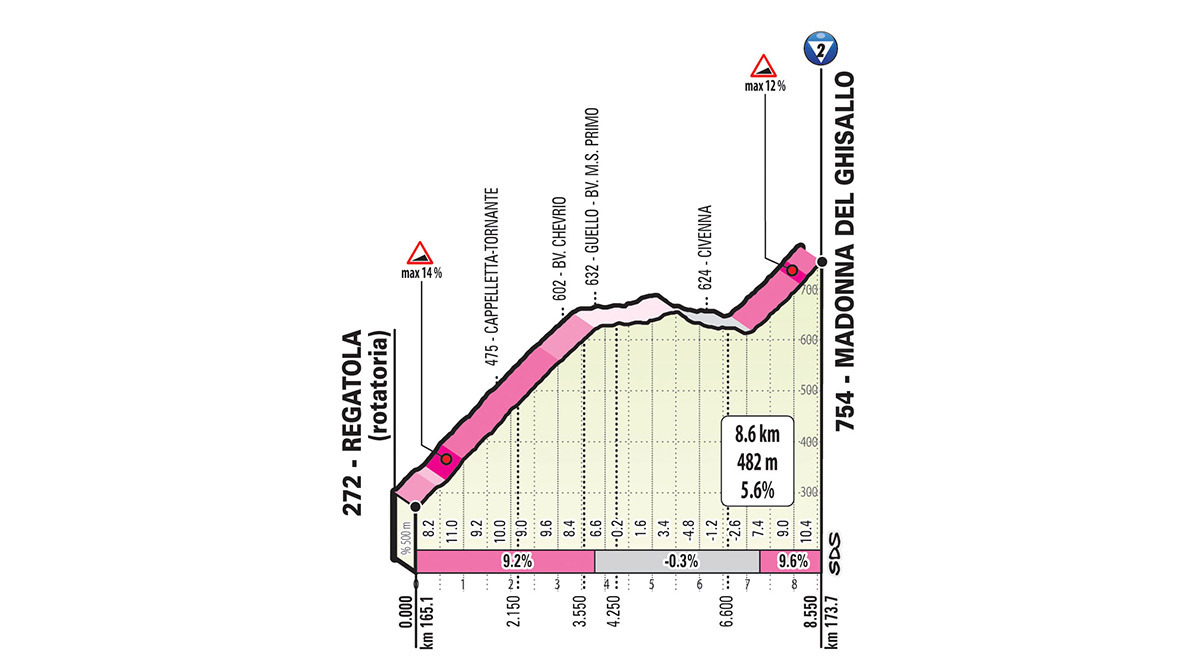 First comes the climb to the Madonna del Ghisallo, a steep ascent in two parts because of the flat portion mid-way. The descent is awkward in places, it’s fast with irregular corners and some off camber moments. 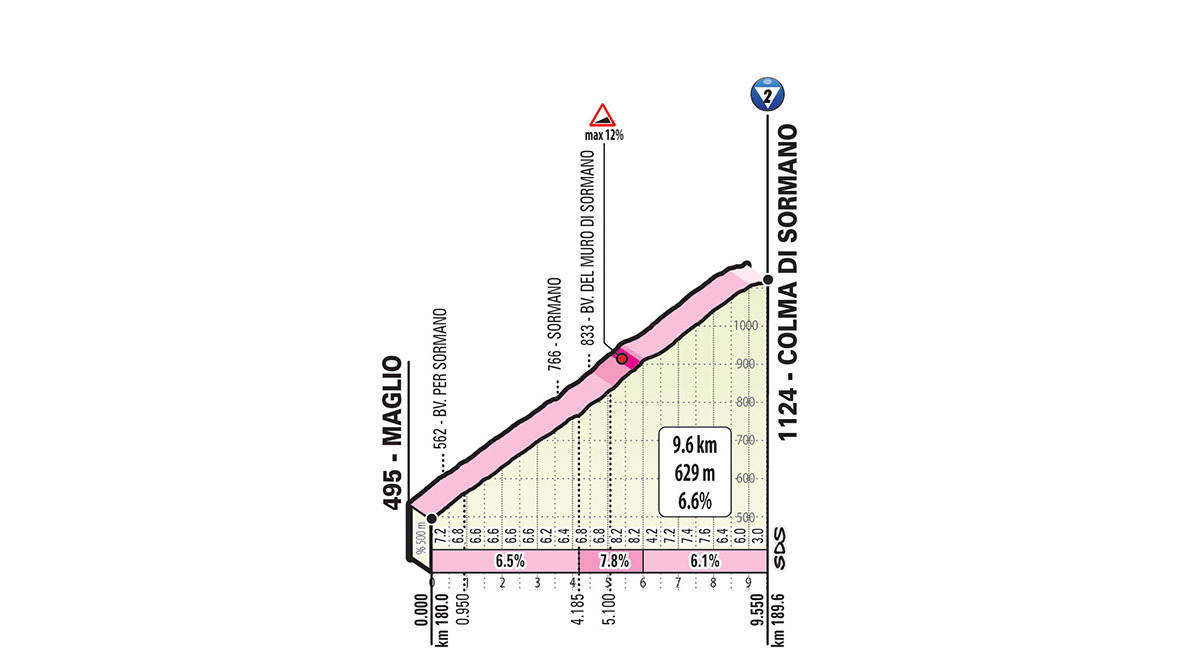 The Colma di Sormano is the main road and not the vicious climb and art installation of the Muro di Sormano. 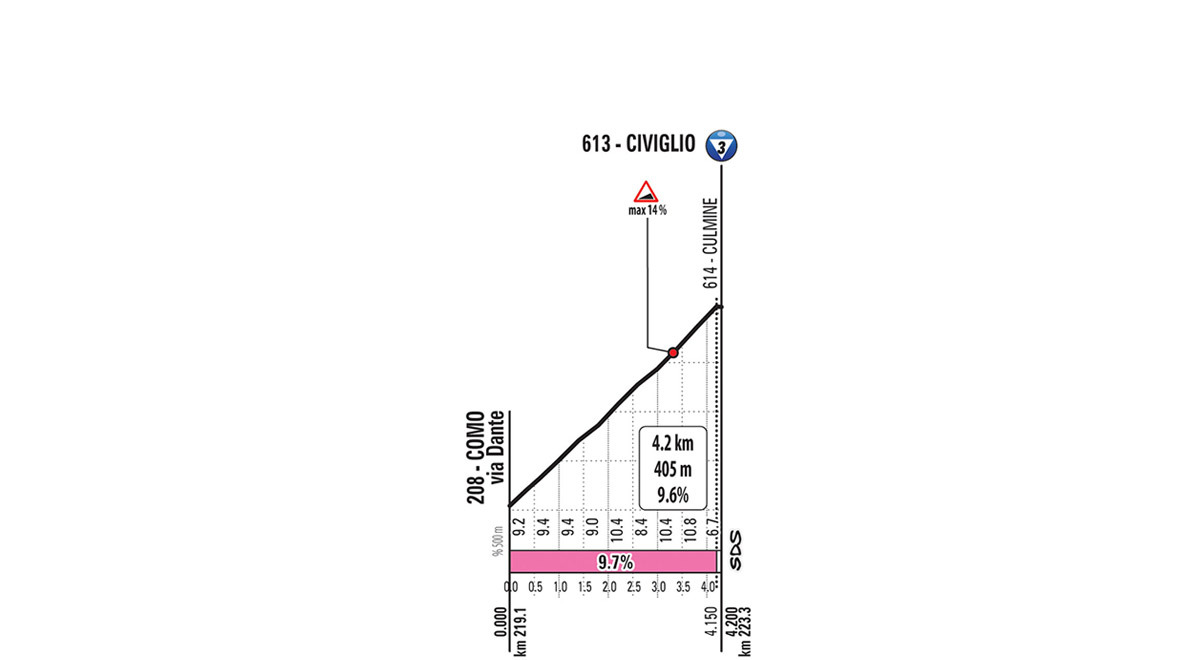 The Finish: the climb to Civiglio is 4km at an even 10%, a selective climb for any late attacks where the long opening ramp leads to a series of hairpin bends which reward someone still able to stand on the pedals and sprint. Then comes the fast descent and flat finish with the final bend with 300m to go. 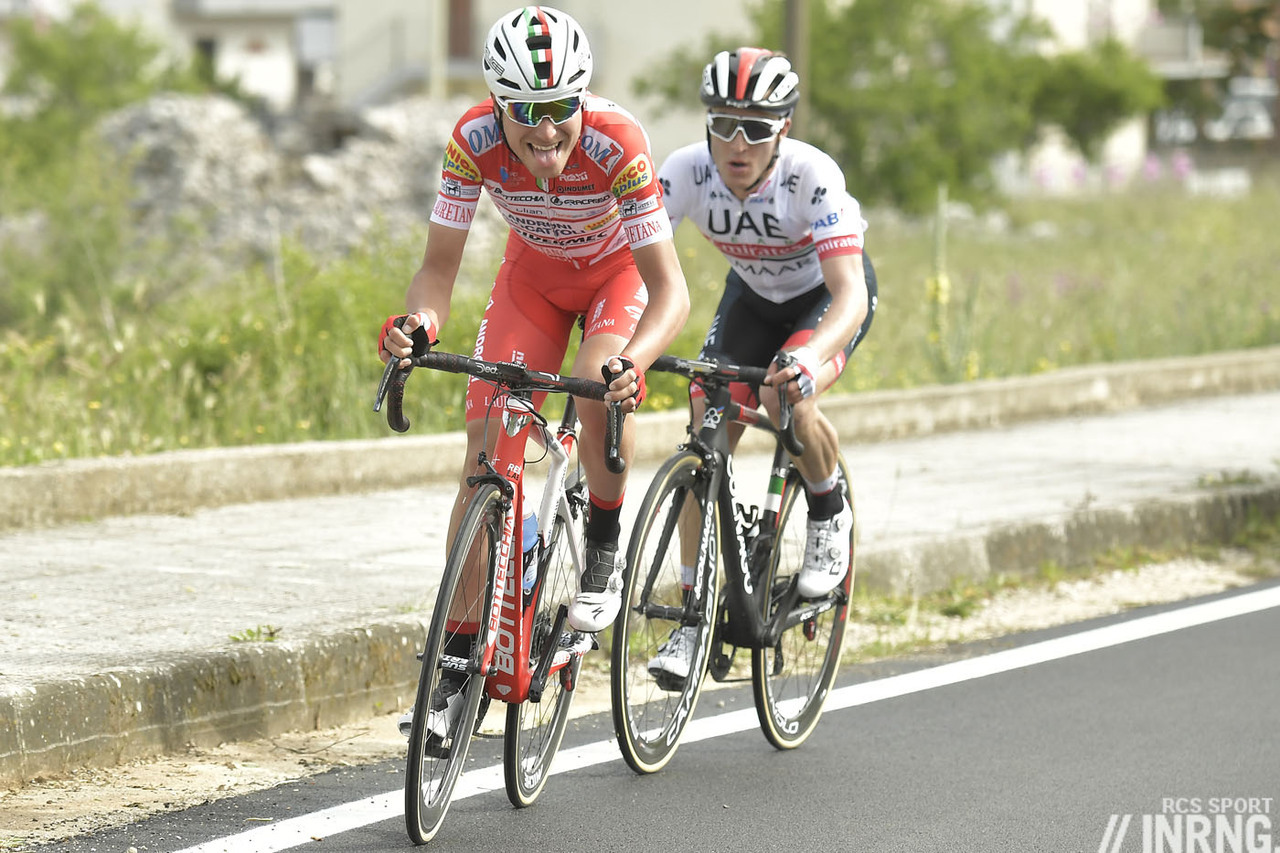 The Contenders: there’s a good chance of a breakaway sticking given the length of the stage but this can be self-fulfilling as wave after wave of riders try to go clear and it takes a long time for a move to go clear so they run out of road to build up a lead. Still Fausto Masnada (Androni-Sidermec) and Gianluca Brambilla (Trek-Segafredo) are locals and in form; Brambilla’s team mate Giulio Ciccone is an adopted local too although he’d be excused a day off after repeat breakaways. Thomas De Gendt (Lotto-Soudal) is an obvious breakaway pick and Pello Bilbao (Astana), Tony Gallopin (Ag2r La Mondiale), Eddie Dunbar (Team Ineos) and Bob Jungels (Deceuninck-Quickstep) come to mind, Jungels won a similar stage in 2017. Lastly if Masnada gets the picute, Valerio Conti (UAE Emirates) enjoyed a spell in the maglia rosa but normally he’s a pick for this kind of day and so is team mate Diego Ulissi.

Among the GC riders Vincenzo Nibali must know every metre of the finale, he’s won Lombardia of course and lives in nearby Switzerland, Primož Roglic (Jumbo-Visma) can still sprint fast, Richard Carapaz (Movistar) looks even more lively and Simon Yates (Mitchelton-Scott) finished second yesterday, perhaps it owned more to pride but he’s found some form again.