When the Aqua Blue Sport team imploded last year a common response was “I didn’t know what the sponsor did” which partly explains why the Irish team’s attempts to create an online shop didn’t work out. But what of all the others, know your Androni from your Bardiani?  Can you buy some Correndon, Wanty or Roompot? Is Cofidis a coffee distribution business? After looking at the sponsors of the World Tour teams, now a quick look at those in the Pro Continental ranks.

Androni Giocattoli – Sidermec (Italy): giocattoli means toys in Italian and Androni toys is what it says, a company that makes children’s toys, mainly out of plastics and have the licence to make some of the Hello Kitty items in Europe. Sidermec make tin and chrome-plated iron sheets.

Bardiani-CSF (Italy): Bardiani and CSF are two related firms. They’re a medium-sized manufacturer of pumps, Bardiani valvole, and CSF Inox make stainless steel pipes for the food industry. Think of a pasta sauce factory in Italy and chances are the tomato paste is being pumped by Bardiani pumps along CSF stainless steel pipes into tins.

Burgos-BH (Spain): Burgos is the government of Burgos, a region in northwestern Spain. BH is Beistegui Hermanos, the “Beistegui brothers” and like Basque cousins Orbea they were once a weapons manufacturer but turned rifle barrels to steel tubing to make bikes and the team is kept on the road with wheeler-dealing from team manager Julio Andrés Izquierdo, Spain’s answer to Gianni Savio.

Caja Rural – Seguros RGA (Spain): Another team with two names that are under the same corporate umbrella, Caja Rural is a regional bank in Spain and Seguros RGA is its insurance products business. After Movistar they were the default Spanish pick for wildcard invitations in Spain but now face competition from other Spanish teams.

Cofidis, Solutions Crédits (France): they have a roster bigger than some World Tour teams and a budget of €10 million. Cofidis are a consumer credit company that specialises in the lower end of the market and sometimes gets bad press for predatory practices. The firm’s HQ is in northern France and now has operations in Italy and Spain and beyond which explains the recruitment of riders like Jesus Herrada and the desire to take part in Milan-Sanremo.

Corendon – Circus (Belgium): Correndon is a small Turkish airline… but with a Dutch subsidiary which explains the Dutch cycling sponsorship, fingers crossed they are profitable given the wave of airline closures across Europe at the moment, they also do package holidays. Circus is an gambling business offering an online casino and sports betting.

Direct Energie (France): Direct Energie is an alternative electricity generator and reseller trying to challenge EDF’s monopoly in France and hoping to use the team to reach parts of France other marketing campaigns can’t and also trades under the Poweo brand in Belgium which helps explain their expenditure on Niki Terpstra. The firm was bought by French energy giant Total last year. 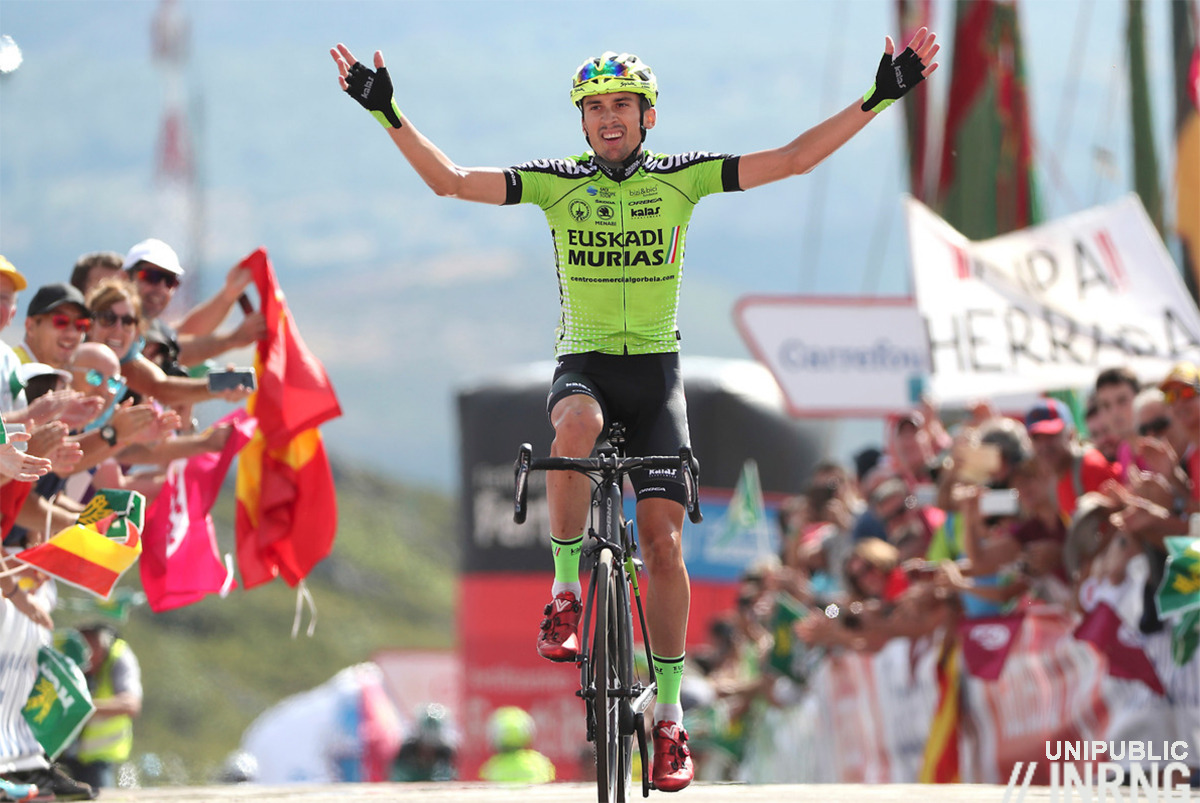 Euskadi Basque Country – Murias (Spain): The Basque region of Spain and a legendary name in pro cycling thanks to the eponymous pro team that started in the 1990s and became Euskaltel before fizzling out a few years ago. The region is cycling-crazy and with the Spanish economy on the up again so are several new teams in the Pro Conti ranks. Euskadi is the Basque regional government. I’m reliably told the real money comes from Murias, also known locally as Murias Taldea, is a construction company building housing and public works like railway stations in the Basque region and beyond. Don’t confuse them with lower level Continental team Fundación Euskadi which what’s left of the Euskaltel team and helped by Mikel Landa. Gazprom-RusVelo (Russia): This has been the Russian track cycling program with a road team to allow the endurance athletes to race on the road and turned into its own team. Russian energy giant Gazprom is a corporate giant but with only a toe in the waters of sports cycling.

Hagens Berman Axeon (USA): Hagens Bermans is Hagens Berman Sobol Shapiro, a law firm from Seattle that specialises in class action lawsuits. Axeon is just the team name, a “your name here” placeholder much like Greenedge in the past where Ax- is Axel Merckx, the team founder and -eon is from kit sponsor Neon. They’re really a development team for young riders but moving up to Pro Conti ranks lets them race more events including the televized events in the US. Manzana Postobon (Colombia): Postobon is a soft drinks manufacturer from Colombia and sells apple-flavoured pink soda by the truck-load, manzana being Spanish for apple. The company sponsored a team back in the 1980s and while its great to see this name back and to have a Colombian team in the pro peloton although the team’s problem is recruiting and retaining the home talent.

Neri Sottoli – Selle Italia – KTM (Italy): sottoli is literally “under oil” and means foods preserved in oil, think olives, artichokes and other Italian antipasti. Staying with literal translations Selle Italia is “Italy Saddles” and the company also owns the Selle San Marco brand. KTM is a bicycle brand which split from the Austrian motorbike and garden tool company some time ago.

Nippo Vini Fantini Faizanè (Italy): Nippo is a Japanese supplier of paving materials and tarmac supplying car parks and roadbuilding projects and covers the Japanese side of this curious part-Japanese, part Italian outfit. Vini Fantini is an Italian wine business. Faizanè is a manufacturing business making a range of items from tubes to gaskets, piping and more.

Rally UHC Cycling (USA): Rally is a healthcare app where users log their daily activities as a means to nudge them into a healthier lifestyles. It’s a subsidiary of United Healthcare, a giant US healthcare business which used to have its own team but that stopped.

Riwal Readynez Cycling Team (Denmark): Riwal rent out access equipment, think telescopic fork-lift trucks and hydraulic aerial platforms and was once-upon-a-time called Richards & Wallington but became a Dutch-Scandinavian business. Readynez is a corporate training company, offering education courses for employees, for example when a firm changes its IT system it hires them to teach staff about the new system.

Roompot – Charles (Netherlands): Roompot is a Dutch holiday camp operator with bungalows in woodland and along the Dutch coast. Charles is manufacturer of cold meats, pates and pre-prepared salads owned by Belgium’s Cock Meats.

Sport Vlaanderen – Baloise (Belgium): Formerly Topsport, Sport Vlaanderen is the Flanders region’s sports body and it sponsors a team to help young riders – only men need apply for now – find employment in the peloton. Bâloise is a Swiss insurance company from Basel or Bâle as they say in French.

Team Arkéa – Samsic (France): it sounds different but it’s the same as the old Fortuneo-Samsic team, a bank with Arkéa as the parent company to Fortuneo. Samsic is job recruitment agency. Both are from France’s Brittany region with Samsic now operating across Europe.

Team Novo Nordisk (USA): A Danish pharmaceutical company which, according to Wikipedia, derives 85% of its business from various diabetes management medicines. The team doesn’t win often if at all but just competing is the aim of the game as it has a roster of diabetic riders who show the world they can take part in long distance endurance sports. The team might not grab the headlines but has hundreds of thousands of followers on social media, far more than most World Tour teams.

Vital Concept – B&B Hotels (France): Vital Concept sounds healthy and perhaps it is if you’re a pig or a cow as it’s a retailer of agricultural supplies, from animal feeds to barn doors. B&B hotels is a chain of hotels from Brittany with operations all over Europe.

W52 – FC Porto (Portugal): W52 is a Portuguese clothing retailer with stores dotted around Europe. FC Porto is Futebol Clube do Porto, an illustrious soccer club and if this sounds odd it’s not too much, it’s common to have other sports activities and this is their cycling club.

Wallonie – Bruxelles (Belgium): if Flanders has its own development in Sport Vlaanderen, so does the other “half” of Belgium and this is the Walloon region’s team.

Wanty – Groupe Gobert (Belgium): Wanty is a mini-conglomerate with activities ranging from quarrying to civil engineering and roadsurfacing, all united by large public works and the raw materials needed for these. Groupe Gobert supplies building materials like insulation or paving stones.