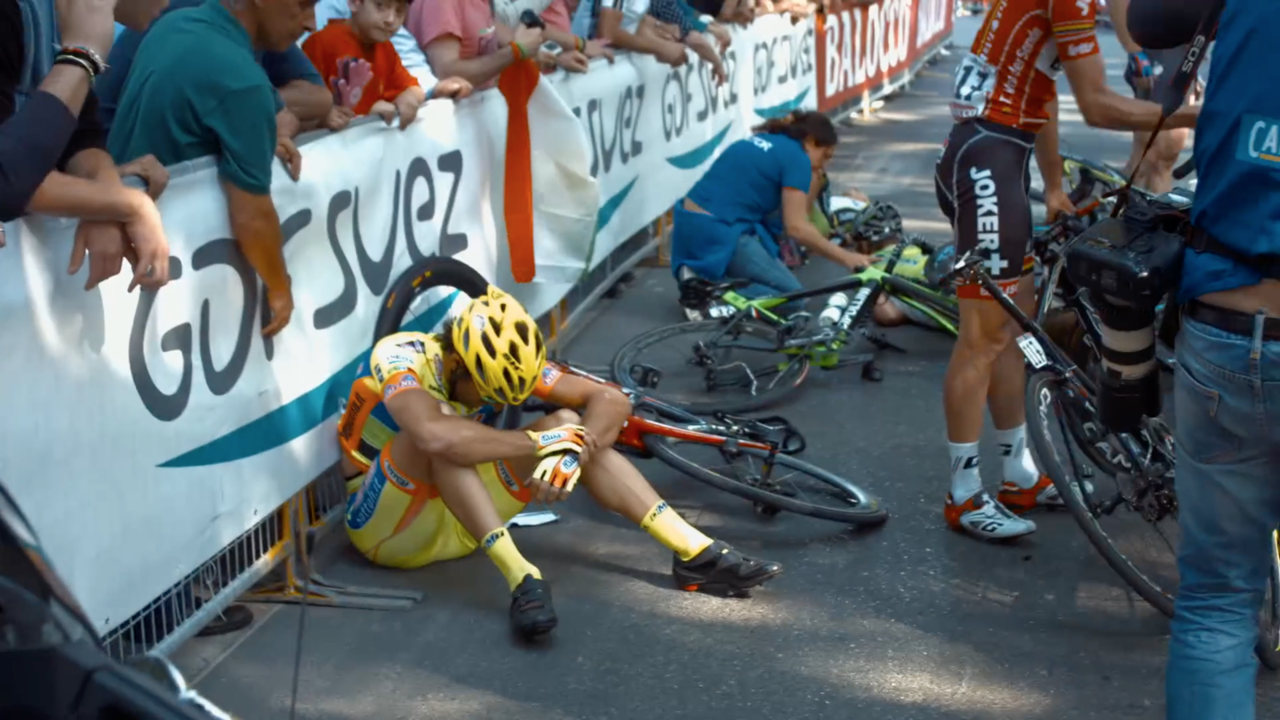 There’s usually only one winner each day in a race and only a few contenders meaning most of the peloton have a different job to do. Their daily self-sacrifice is the basis for this film.

Is this a cycling film? Part of the wonder of the film is that attempting to answer this leads us down a long road. Yes there are scenes of men racing, we have team cars, lycra and other clichés of a bike race but they all seem superficial. The usual linear tale of a race with the start, middle and victory is absent and this spares us the clumsy explainers needed for the general public, there’s no “Stage Racing for Dummies” primer. Watch closely and the scenes from the Giro d’Italia are from both 2014 and 2015, something readers of a niche cycling blog could notice. You may also spot one of the concluding scenes is Svein Tuft being applauded as he dons the maglia rosa in Belfast, but work out this happened right at the start of the filming. The point is not to be picky on the continuity, it’s telling us about the role of the domestique rather than presenting a set of events from one edition of the Giro. It’s it’s not about the Giro and someone who has never sat down to watch the Tour de France will still be able to enjoy the film without having to worry about jargon like peloton, nor tactics and aerodynamics. Yet the race is also the fundamental premise, a caravan crossing the mountains in a blizzard or speeding into town and so it’d be hard to make something like this if it was about athletics, tennis or boxing.

It’s reminiscent of Louis Malle’s 1962 documentary “Vive Le Tour” (search and you’ll find it online), a short film that explored the Tour de France and where the race and results were almost extraneous to the stories of hardship as riders fetch drinks or endure injuries and crashes. Malle’s soundtrack of an accordion isn’t far from the soundtrack to this film with its breathing, the repeated inhalation and exhalation. Wonderful Losers shows the same agony when a rider crashes hard. 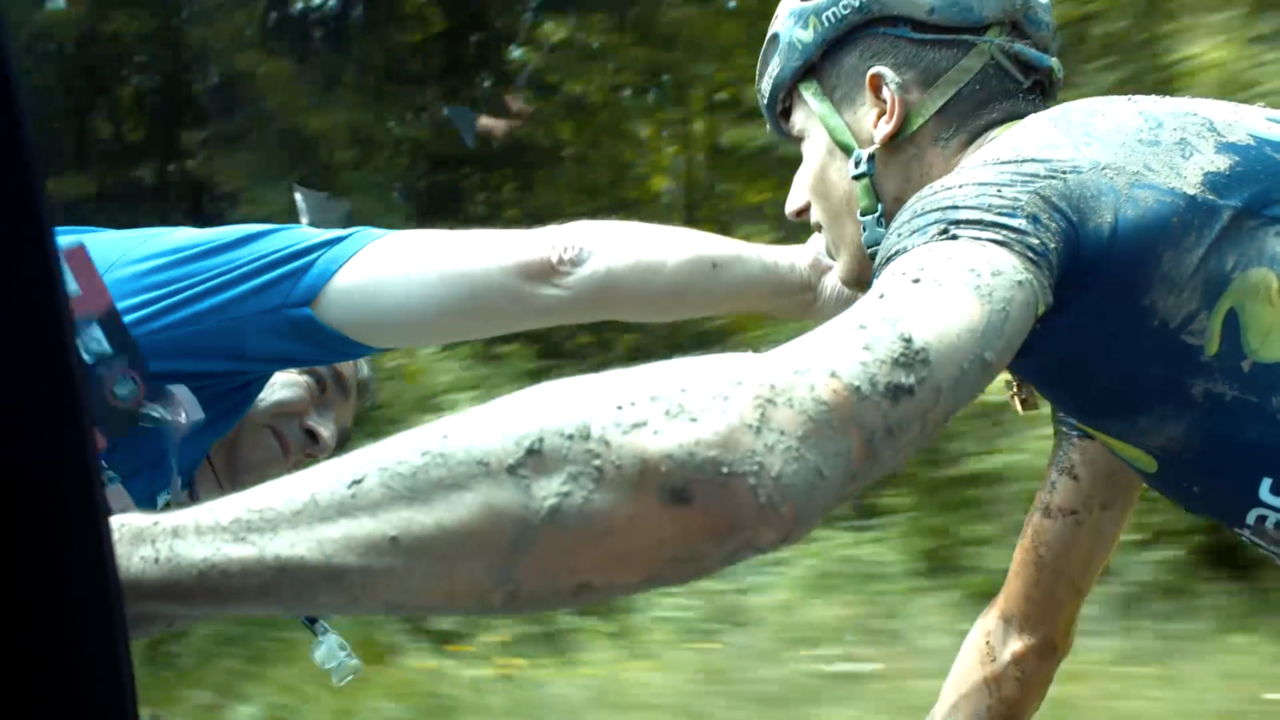 The trailer shows crashes, mud and blood and a reservation before sitting down to watch was this was going to be a celebration of gore and crashes, or a prolonged version of the “cyclists are tougher than footballers” internet meme. It’s neither. Here the camera lingers on the rider on the ground, a long single shot of their attempts to stand up and either get back on their bike or climb into an ambulance. Film affords the slow shot which TV with its cutback, slow-mo and replays barely allows for, perhaps rightly so because there’s still a race on. Here it’s the story of the domestique and long hospital scenes show what’s involved. We may see a crash for a few seconds, read of an “abandon” or catch the letters DNF next to a name on a results sheet, this film shows the medical staff at work, the rehab and explores the anxious thoughts of a rider as they lie in hospital. The scariest scene is a shot of a pouch of medical supplies as the Giro race medics perform a quick stock check, checking the oxygen masks and naming the vials of medicines, a medicinal version of Chekhov’s gun to foreshadow the possibility of grave accidents rather than show a horror crash itself. 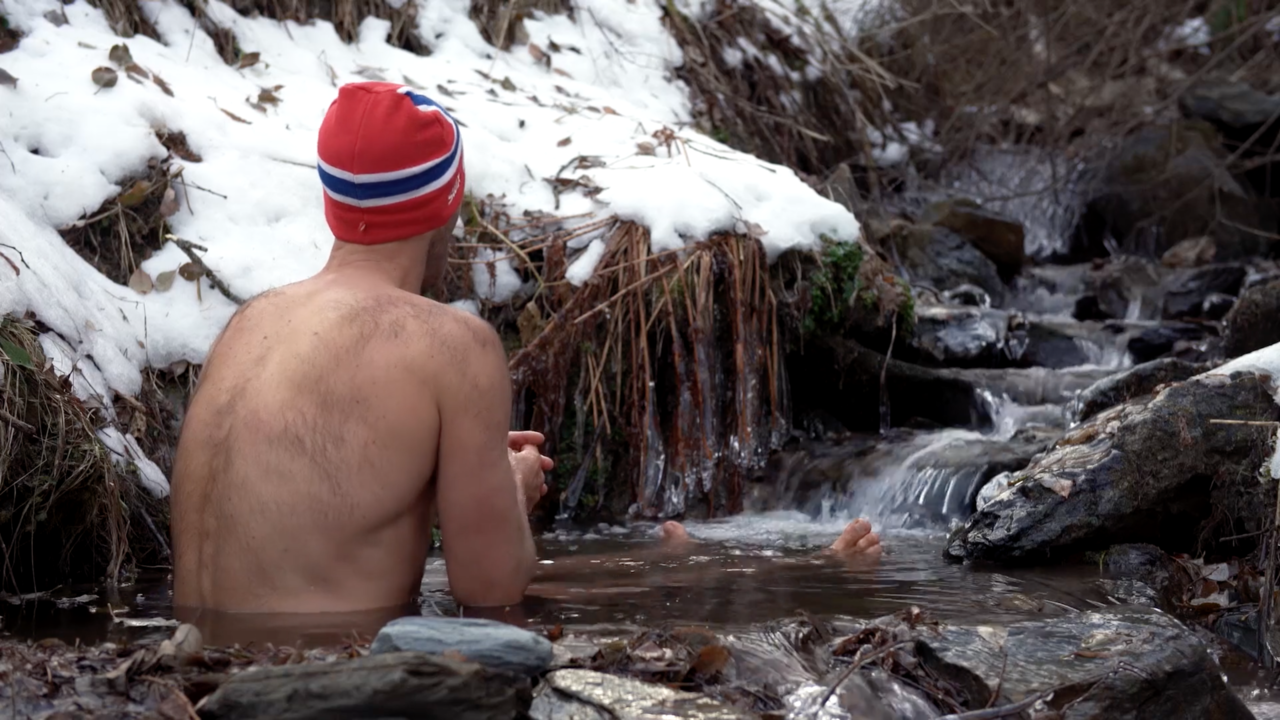 Director Arūnas Matelis includes lots of footage of tunnels. Drive around Italy and it’s part of the travel, the same for the Giro’s journey but Matelis uses footage to suggest the race isn’t taking place beside the crowds and in warm sunlight but instead riders are in the shadows rather than the limelight, something compounded by the shots of the peloton in a snowstorm as slush seems to build up in the camera lens. Two riders, Daniele Colli and Svein Tuft, are the most visible in front of the cameras but their tales could almost be those of others – indeed they’re not actually introduced, nor even named during the film. Tuft’s unique ways come across right from the start with his backwoods training, using old truck tires for strength training; working on his recovery, immune system and cortisol levels by bathing in an icy stream; and while some travel to Tenerife or rig altitude altitude tents in their bedrooms, Tuft takes a sleeping bag to the top of a mountain in Andorra and sleeps in the wild and the film has him musing on his job while sitting in front of a campfire. You’ll finish the film wanting more Tuft, an oddity for the scripted and branded World Tour peloton.

But is it art? Some scenes can make us reflect on what helping others. One shows a Giant-Shimano soigneur holding up musettes in the feedzone and his face is a picture of concentration as he scans the distant peloton and eventually hands up the bag. It’s all in one long shot that’s 90 seconds long and it feels longer… but all this for a man to hand up a bag of sandwiches? We might spot this but for the typical public the soigneur could be a racer with his team clothing and sunglasses and they’ll watch and watch until the final moment reveals he’s not a racer but team staff and it’s interesting this way. 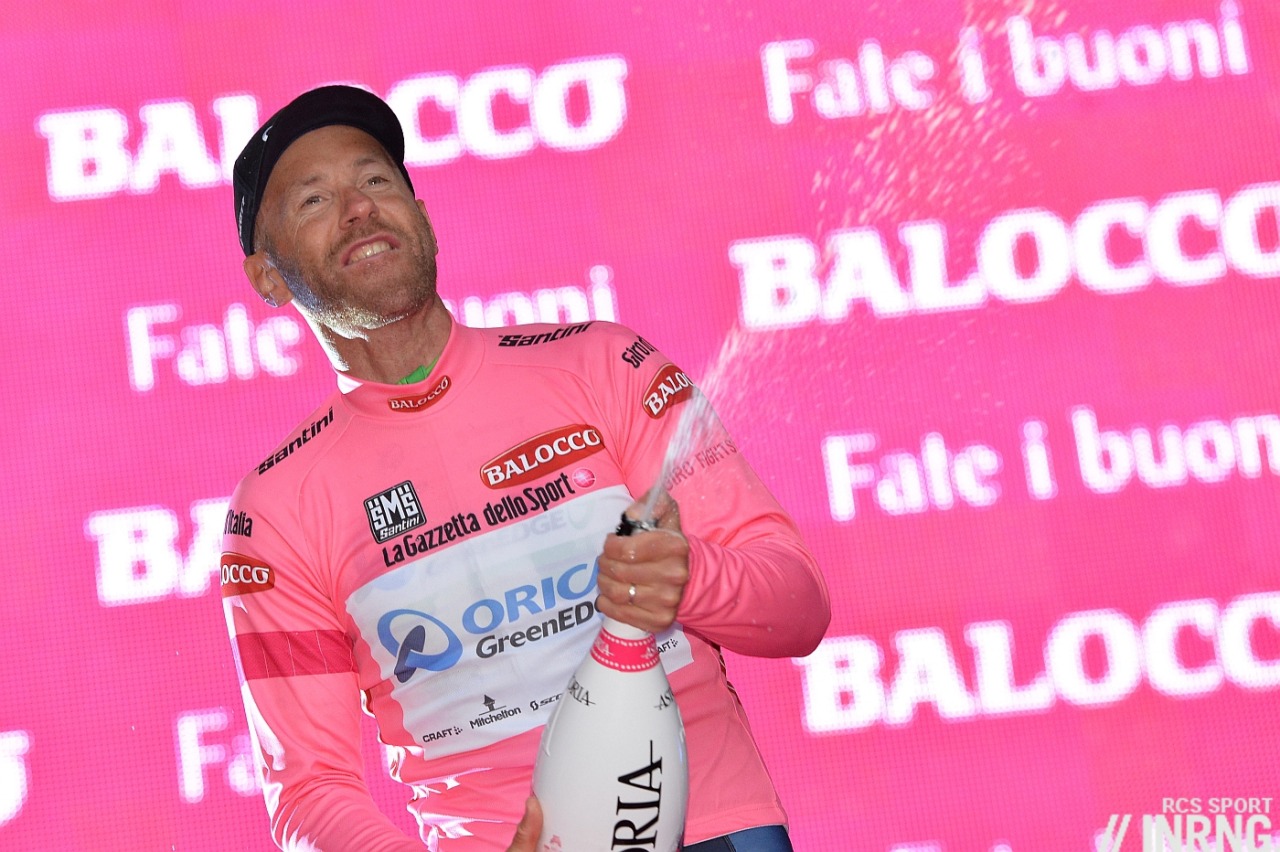 The Verdict
Many a documentary have a premise of “here’s what happened and here’s what you should think about it“. Wonderful Losers goes easy on the diagnosis and prescription to the point of being vague, not evasive but open-ended, take what you see. Those hoping for action and revelations will be disappointed and it’s deliberately slow, this is not a montage of fast-moving scenes, it doesn’t end with a life-affirming message and a feel-good track as the credits roll. Think of it as a form of meditation to allow us to dwell on the topic without caring who actually won that day.

Chances are regular readers know all about the role of domestiques in a race and know the likes of Tim Declercq, Sam Bewley or Imanol Erviti to name three among hundreds of workers who’ll shape races this year. But you’ll still enjoy the film for the way it shows their side of things and because the film doesn’t focus on Colli and Tuft themselves but more upon their experiences and ideas it’s universal to the peloton and because of this it’ll probably stand the test of time, like Malle’s Vive Le Tour.