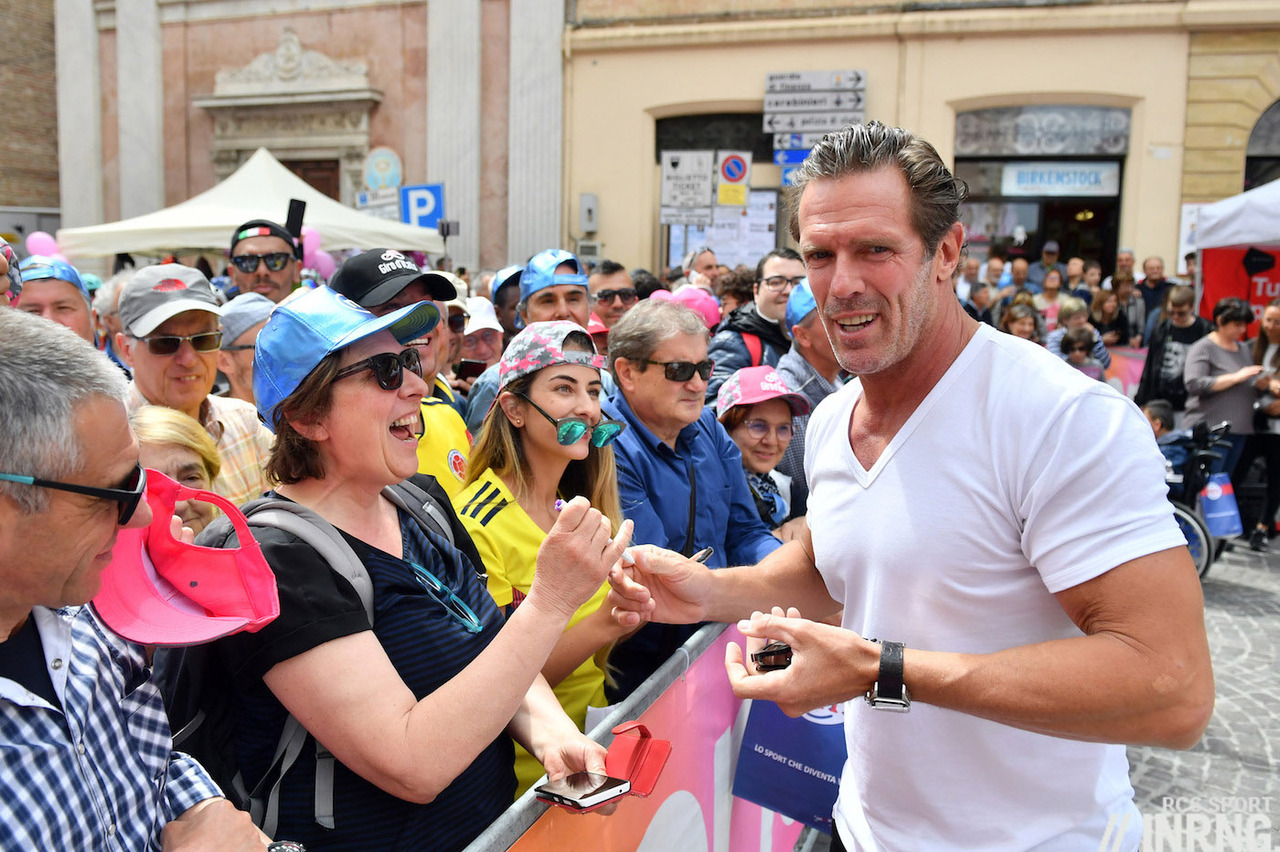 A look at a few stories in and around the sport…

Mario Cipollini has used his Instagram account to call on Italian deputy prime minister Matteo Salvini to help launch an Italian World Tour team and the post got written up in La Gazzetta Dello Sport too. “Cipo” has a point because Italy has a grand tour, it has the most riders in the World Tour this year, it has plenty of tifosi… but it doesn’t have a team in the World Tour. He talks of a fuga di gambe, of the best “legs” fleeing abroad. But the solution may not be with strongman politicians with a predilections for police uniforms and national projects. Alone the economics are difficult if you’re forced to recruit domestic riders only, a team that needs a mountain lieutenant or a sprint lead out could pay well into six figures when shopping around the world for this, only buy Italian and the rider can name their price. Once upon a time teams were national matters, French teams hired French and so on but things have changed, typically a third of more of the roster of a World Tour team is foreign.

Italian cycling’s problems run deeper than the lack of a World Tour team. Their Pro Conti teams are not very strong either. Androni-Sidermec, Bardiani-CSF, Nippo-Vini Fantini and Neri-Selle Italia-KTM exist pretty much to get a wildcard in the Giro and can sometimes play the gadfly but they’re far from the likes of Cofidis, Direct Energie, Israel Academy, Vital Concept-B&B and Wanty-Groupe Gobert. The Italian teams do what they can and have supplied riders onto the World Tour but the 2020 UCI reforms will entrench this even further when the two top teams outside the World Tour will get an automatic invitation to the Giro. Cofidis have both the budget and the ambitions – they have business in Italy – to take up the invitation meaning just three places are left, effectively squeezing out the Italian Pro Conti teams. The problem for Cipollini and Italian pro cycling is deeper than a lack of World Tour representation.

Now to another home of cycling that’s got problems. The GP de Plouay-Bretagne Classic was off and now it’s on. The one day World Race in August was briefly going to be abandoned said after France Télévisions said they’d drop live coverage of the race, and race director ean-Yves Tranvaux said that without the live, national TV coverage the race would lose its World Tour status and event sponsors would flee. It didn’t look fatal – the race wasn’t deleted from the calendar here – and indeed things have been sorted, the TV coverage is now guaranteed – for now – so the race will happen. So back to where we started? Sadly no, because it shows a weak event dependent on decisions from a third party (this holds true for races around the world which rely on TV coverage, police approval or other guarantees). Sponsors may think twice and it doesn’t help the image of race.

Staying in France the race among three teams (Arkea-Samsic, Direct Energie, Vital Concept) for a Tour de France wildcard is becoming a thing in itself. L’Equipe devoted a large article with each of the teams saying they just want to race and that they won’t try to mark each other out of contention but the premise of the piece was the importance of an invitation. Like it or not every success or failure is being seen in the optics of an invite to the Tour de France and it’s bound to affect the outcome of a race or two. Paris-Nice is likely to be the decider with a decision taken in the weeks after says Tour de France directeur Christian Prudhomme in an interview with Eurosport France.

Prudhomme’s video interview is interesting, a 50 minutes session that covers plenty. It’s noticeable how often his childhood memories are cited and appear to shape his conception of the Tour and the sport as a whole. He does appear to state that there won’t be a women’s Tour de France on during the Tour, the logistics are too complicated he says, “we don’t know how to do it” (other media sources have him saying “it’s impossible” but this is in response to a question about whether a women’s race could open the road ahead of the men’s event, Prudomme says this would be impossible because the publicity caravan is there) and there’s no word on whether there could be an alternative in June or August.

There’s the Coupe de France as a season-long competition for the French one day races, there’s the Ciclismo Cup for Italian races – with a bonus wildcard for the Giro – and now Spain gets own version as a way of linking up all their races, both one day and stage races. It’s largely symbolic, there’s no wildcard prize but a means to add something extra to the races and also a good competition for Spain’s resurgent Pro Conti teams with Caja Rural, Burgos-BH and Euskadi Murias now on the scene.

As Rouleur editor Andy McGrath said on Twitter Deceunick-Quickstep managed to ecclipse the win of Alaphilippe, the promise of Remco Evenepoel and the feelgood return of Petr Vakoč with the negative coverage of Iljo Keisse’s dumb move. The Belgian rider apologised but team manager Patrick Lefevere powered down with an inflammatory interview. He’s done this before, often making outrageous interventions as a means to turn himself into the lightning conductor rather than leave his rider on the receiving end of the media. Amid all this what of Evenepoel? He’s only just turned 19 and you can’t help wonder if he’d not have been better off with a year or two in the U23 ranks, think of a development team that insists on parallel education at college or university. But of course who would turn down a giant contract at the age of 18?

Finally talking of age and contracts, following Richie Porte’s stage success in the Tour Down Under questions emerge about whether he can win a grand tour. Time will tell and at 34 years old there’s not much time left to tell. But here’s a thought: it’s the trying that counts, or rather pays. Announce yourself as a one week stage race specialist capable of picking off races like Paris-Nice, the Tour de Romandie and the Tour of the Basque Country and you’re one of the very best riders in the peloton with a lot of respect from your peers and possibly a seven figure contract. But do all this and state you’ve got ambitions for a grand tour and you can parlay this into a much bigger salary. To be clear this isn’t to say Porte is bluffing, simply that the economics of the sport are skewed to the grand tours and riders, teams and sponsors revolve around them.