There’s a big UCI gathering in Montreux, Switzerland at the moment and the seminars are reviewing the state of pro cycling, yesterday was for women’s cycling, today it’s the men’s side. There’s little news so far, official or leaked but one item is the extension of the video commissaire to all World Tour races according to Belgian newspaper Het Nieuwsblad who’ve spoken to Philippe Marien, a UCI commissaire who officiates at a lot of big races. Friday update:: it’ll be extended, but not to all races.

This should be a good thing but it won’t be cheap, taking the UCI’s video truck to different races, staffing an extra official and more and it’s unclear who is paying. Marien also reminds people that the UCI have updated a lot of their fines, something this blog has long called for, for example littering used to cost 100 Swiss Francs, now it’s 500 for World Tour races and similar, proportional rates for other cases, a sticky bottle is no longer 50 Francs, it’s 200. Enough of a deterrent? More than before and we’ll see, especially with more video evidence. Will it pay for the truck? Probably not because before anyone rushes to the comments with “this is a UCI moneygrab” remember that fines don’t go to the UCI but the local federation instead.

Before the Montreux meeting, the race organisers met late last month in Amsterdam at their annual meeting and were briefed by UCI President David Lappartient. One thing is to reshape the calendar to reduce overlaps and calendar clashes, for example the Giro and the Tour of California has been in the news recently with both owners keep to find dates that don’t clash… what happens if there’s a clash of races and the UCI only has one video commissaire’s truck?

More details have been put online by the GP de Denain, spotted by French website velochrono. Here the HC-status events, those just outside the World Tour, like Kuurne-Brussels-Kuurne, the Tour de Yorkshire, the Tour of Oman (pictured) and the Tour de Qinghai Lake will be reviewed in the future and among the criteria there’s TV national and international coverage. Not easy for some races, some come as part of a package eg Paris-Tour is part of ASO’s bouquet, Milano-Torino part of RCS’s portfolio but others are alone and may have to pay for the TV coverage (like many races do, only a handful make money from TV rights income). 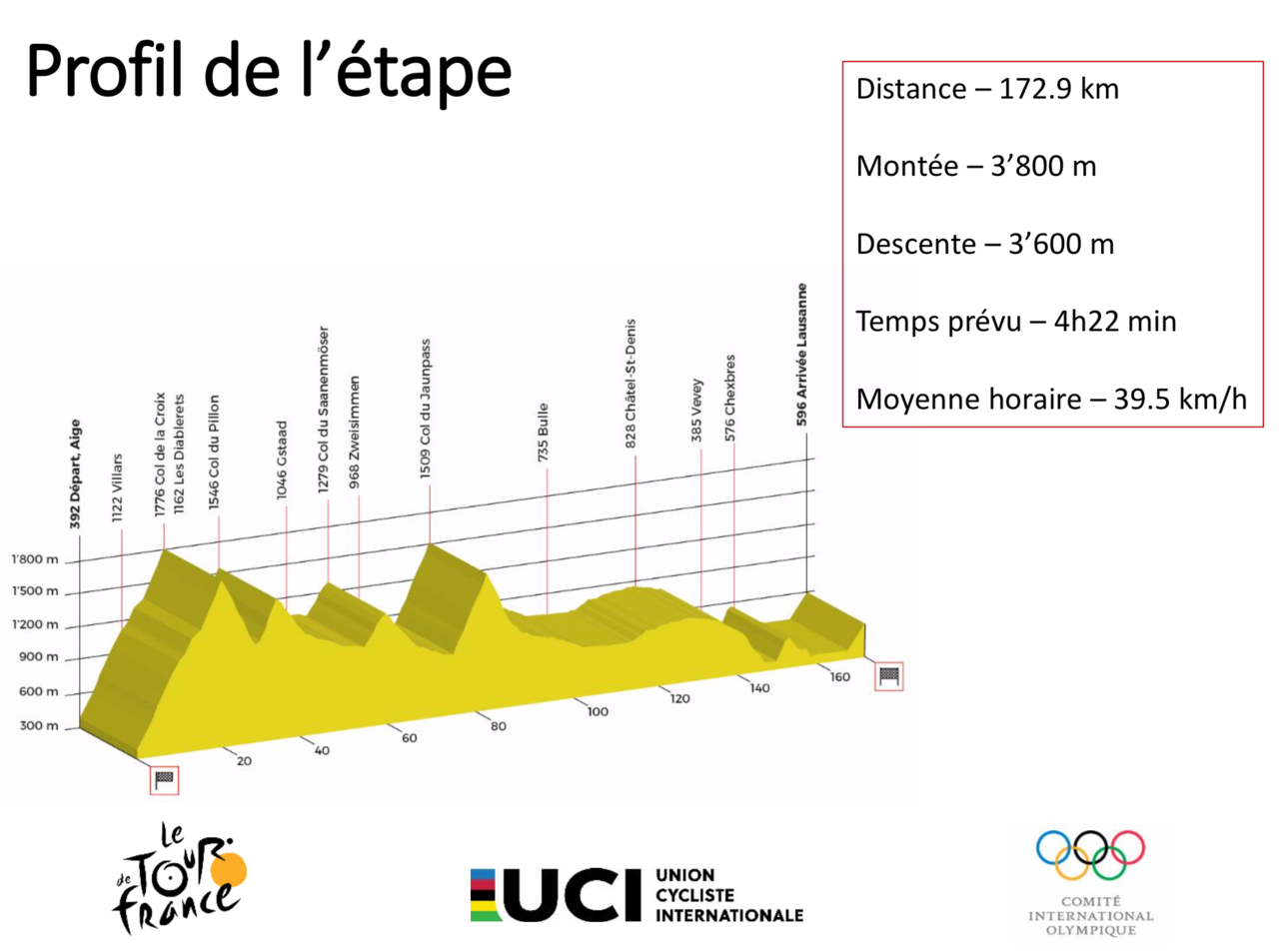 Staying in Switzerland and there’s a bid to host a stage of the Tour de France. So far, so normal as many places in France and beyond lodge requests and the host towns cornered race boss Christian Prudhomme ahead of his visit to Montreux. The difference here is they’ve also submitted a proposed route and made a press release out of it. The plan is to go from the UCI’s HQ in Aigle to Lausanne, home of the International Olympic Committee, via several Alpine passes although surely the route in reverse would be more exciting? 2020 and 2024 seem obvious dates.

From Switzerland to Britain: one country outside the EU and another heading out. Several readers have emailed asking if Brexit, the UK’s departure from the EU, will change anything. It’s hard to answer as the British still haven’t worked out what form their Brexit will take but there’s probably not going to be much change; we’ll see if British riders need permits to live in Monaco or Girona but that’s probably far fetched. More certainly and the Pound has fallen but this won’t worry Sky, a clause in their contract allows them to draw down money in Euros. For women’s cycling the Prudential RideLondon Classique, the women’s circuit race held in London every August and billed as the “richest women’s one-day race in professional cycling” because of the big prize pot won’t impact the winners as they pay out in Euros. The European Cycling Union (UEC) – their photo – is the umbrella organisation for European Federations and does have the Council of Europe’s flag of yellow stars on a blue background as its logo and this features on the jersey worn by the winner of the annual championships. But the UEC is very different from the EU, members go from Albania to Ukraine via Belarus and Russia… and Switzerland including current U23 champion Marc Hirschi so the UK will part of this European confederation.

Now to travelling across Europe and the Transcontinental Race has revealed details for 2019 with a start in Burgas in Bulgaria on the edge of the Black Sea to Brest on France’s western tip. There’s no route as it’s up to participants to chose their way but checkpoints include the Passo Gardena and Alpe d’Huez. It’ll be mountainous but the hardest part could be the final days across the plains to France’s westernmost point, a much less spectacular landscape. 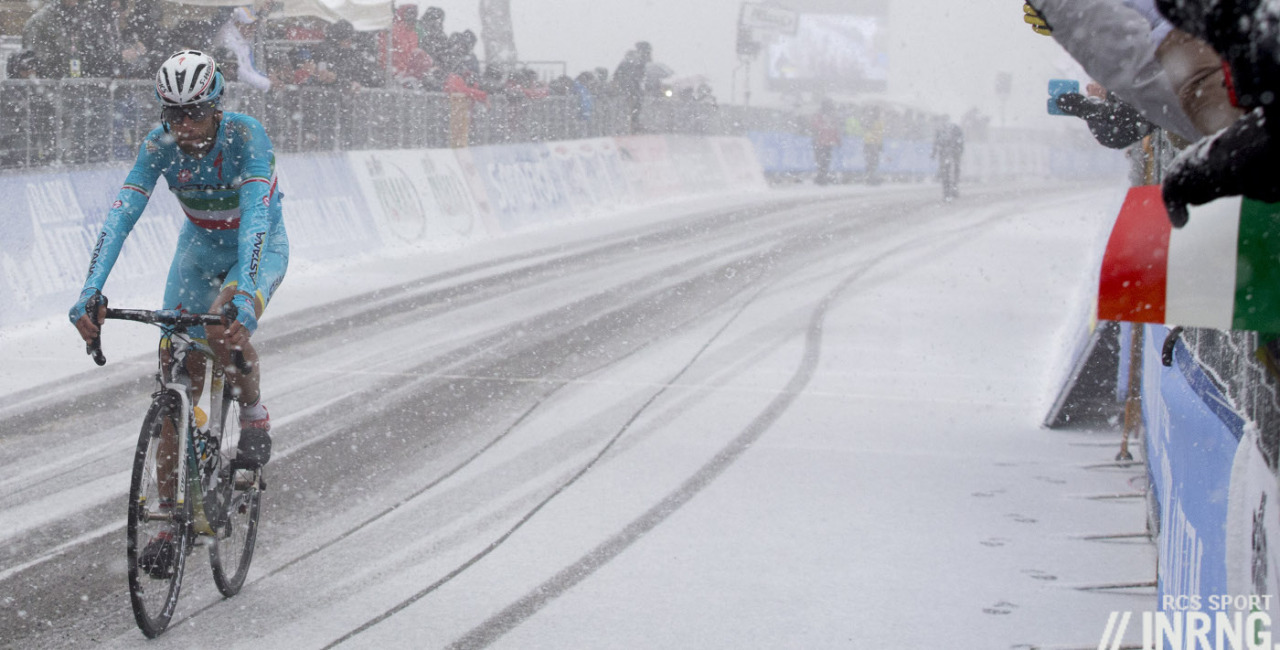 Live in the northern hemisphere? Find winter riding harder? It’s scientific as cold air is more dense, requiring more watts to hold a given speed compared to a summer’s day. A drop of 20°C can cost you 1km/h just from the change in air density alone and that’s before you don extra layers which affect aerodynamics further. You can play around with temperature to get air density here and then work out your speed here.

Finally RIP Paul Sherwen who died at home in Uganda last Saturday, a voice of the Tour but so much more, think rhinos or Raphaël Géminiani. His funeral is tomorrow.