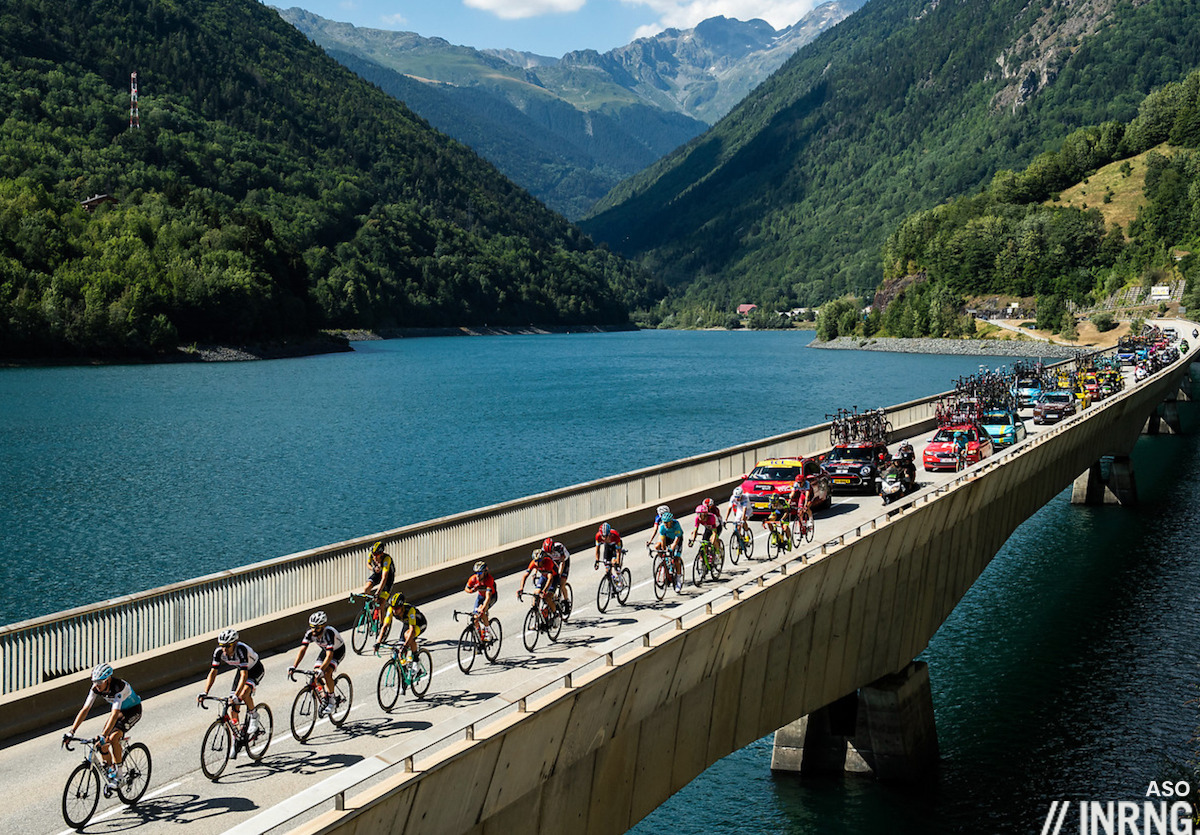 A quick note on the UCI reforms announced or reported on last week, whether the Women’s World Tour, tramadol bans or the sort-of reforms for men’s pro cycling. Skip this post if your eyes are glazing over already but it’s helpful to put some notes down.

The first announcement was the reform to men’s pro cycling which is going to look a lot like the sport we know today. They’re all for 2020 and there will be a new series of one day races, probably about 15. Novice cycling fans have plenty to find confusing and one of the rewards of following the sport is coming to appreciate the subtle differences between races, to know Paris-Roubaix from Paris-Tours, Milan-Sanremo from Milan-Turin. A series for the one day races will still contain huge events… and those inserted because a committee made a decision. But a series could allow for a sponsor, to brand it them under a label like the old Pernod Superprestige or the Perrier World Cup.

Some labels are changing, for example the current system of .HC and .1 races will be relabelled as UCI Pro Series events which makes sense as even ardent readers of this blog might wonder what .HC means, literally a hors catégorie race, “beyond classification” despite being classified in between World Tour and .1 events. There has been a difference between .HC and .1 races in the amount of World Tour teams able to start each event, now this will be evened out.

Similarly the UCI Professional Continental Teams will be rebranded as UCI Pro Teams. This makes sense as it matches the UCI Pro Series… but is bound to cause confusion, linguistically at least. Mitchelton-Scott and Cofidis are both pro teams but only Cofidis is a Pro Team, the new term for a Pro Continental team. Pro Continental always sounded odd but it had the merit of being distinctive, the Pro Teams label could confuse the average member of the public.

The UCI’s plans under the Cookson era to shrink the World Tour down to 16 teams from the current 18 is binned. It had been quietly delayed, shelved and now it’s gone. In return the World Tour teams will see their minimum team size rise from 23 riders t0 27 with the maximum still at 30, a cost rise for the teams but a low six figure sum per year. Next this wording is interesting:

18 teams will receive a UCI WorldTour licence based on five criteria: ethical, administrative, financial, organisational and sporting. These criteria enable a comparison to be made between UCI WorldTeams and new candidates for UCI WorldTeam status. The open nature of the system and the acknowledgement of sporting merit are therefore assured. It is a question of combining the necessary stability with an open system.

So teams will have three year licences but if they’re not performing then others can step up into the World Tour to replace them. As such this isn’t so much promotion and relegation as a means to cull weaker World Tour teams as there’s no mention of relegation to the level below, just that a team could be replaced.

This quote explains the new wildcard method where the top two UCI Pro Teams – currently Wanty and Cofidis – will have the right, but not the obligation, to ride the biggest races. This is novel and quite a luxurious position and should become a valuable spot, a team able to build a strong squad to dominate the Pro Team ranks but without bothering to apply for a World Tour licence will get plenty of benefits, albeit at the risk of falling foul on the rankings if a star rider gets a big illness or injury. Still it should result in quasi World Tour teams – promotion candidates for 2023. We’ll see which teams exercise the valuable right to race.

Also the UCI press release says “Some important details still need to be finalised for the reform to be fully in place for 1 January 2020” which means we’ve only got an outline sketch and it’s possible arguments flare up again as the details are discovered. Above all this is adjusting the existing system with labels for one day races, changing the name of the Pro Conti teams and so on. It’s not a revolution in the pro cycling business model. But the UCI can’t deliver this, it sets the rules on, say, sock length, rather than telling third party businesses like ASO and the teams how to run themselves. 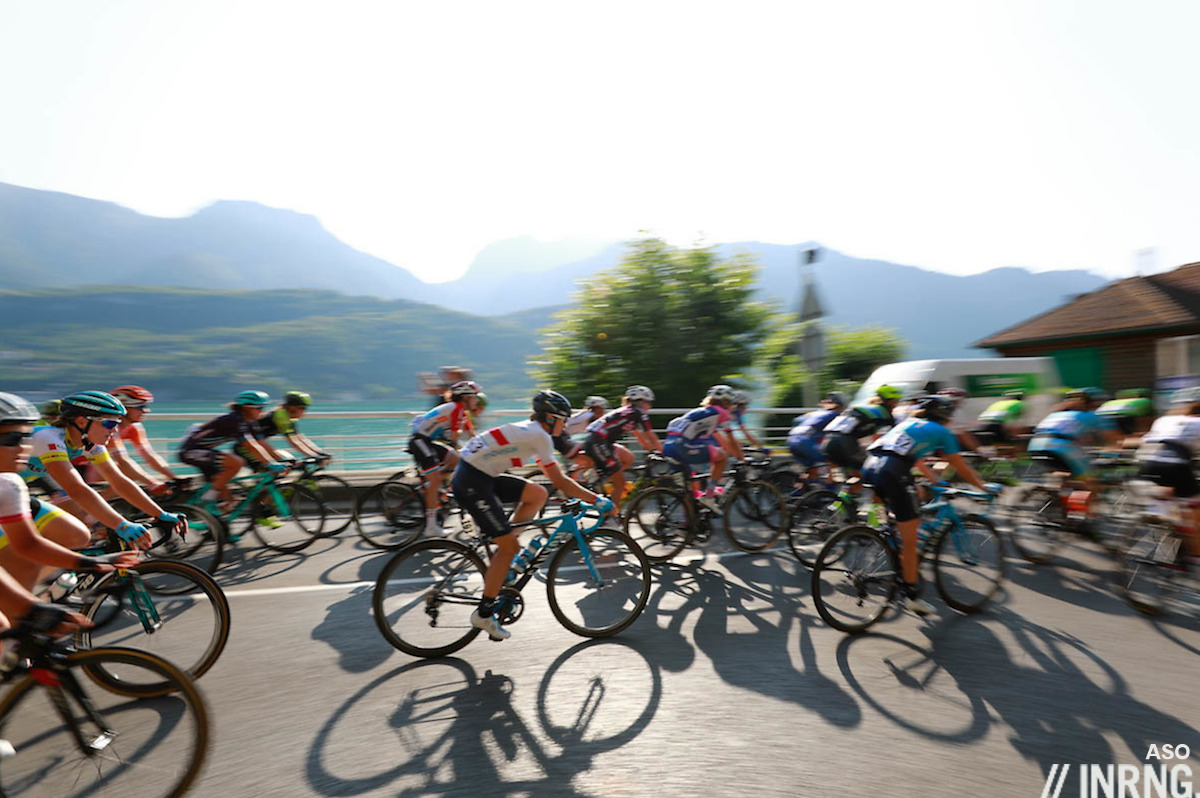 The women’s changes are the big news. The current “Women’s World Tour” really isn’t a World Tour at all, not for the geography but because the men’s World Tour we know is an ecosystem with its teams, professional regulations and a set of minimum standards while the women’s side is copy-pasted from the UCI Continental rulebook, cycling’s pro-am third tier. There’s none of the regulations that apply to the men’s World Tour or Pro Conti teams like bank guarantees, minimum wages, model contracts and other things that make men’s pro cycling professional. Now that’s changing – press release here – and the women will have a top tier with teams able to subscribe to the these regulations. It’s not compulsory but voluntary and shows a commitment from teams and sponsors and in return they will get guaranteed access to the biggest races. But we’ll see what comes next, for example at what level will the minimum wage be set. Going from zero to the same as the men’s €40,045 for 2020 is a jump and it looks like it will ratchet up towards the Pro Conti/ Pro Team level of around €30,000.

The third bit of news was that Tramadol will be banned in competition from 1 January 2019. The UCI had asked WADA for help on this but the international agency declined so the good news is UCI is going ahead alone and will take a pinprick of blood from a rider’s finger for testing. Now for the bad news or at least the concern, L’Equipe reports this will be on the startline which is useful but it should be after a race too to be effective given the use of “finish bottles” and its use during competition. To test in the morning means the UCI can ask a rider not to compete on health grounds, much like the MPCC’s cortisol tests but to test on the finish line, ex post, is different legal matter as it could involve reversing a race result and that is a bigger deal so the morning testing is easier. So far this is just what has been reported on the margins of the UCI’s Congress and the Worlds and the detail remains to be seen but watch any precision on the startline or not.

Conclusion
Change, although some of it is labels and rebranding, the gentlest of evolutions although all this is superior to warring with the teams, the UCI and the likes of ASO and RCS taking pot shots at each other in the media. Awarding the top Pro Conti teams the right to start the top races is a significant change but not one that is going to alter your viewing of the sport, just of interest to those watching how the system works.

The changes for the Women’s World Tour are bigger and welcome, not just labels but marking the real move to professionalise the sport on an institutional level rather than team by team but we’ll see what the details are.

The last set of UCI reforms for pro cycling came out in a fanfare in the press release only to see some items shelved in due course and with the details of some big issues still being worked on it’s likely things could change again.