The French autumn classic with a new twist this year, a series of gravel roads in between the vineyards. Also don’t miss this Saturday’s Giro dell’Emilia, more of which below too.

The Route: 214.5km between Chartres and Tours, another deceptively named race as it starts some 90km outside of Paris. Many French races retain the Parisian tag but were forced to move out of the capital following an edict than banned racing in the capital.

The race has had the perfect balance of climbs in the finish, just enough to allow attacks to succeed in the finish, often by a handful of seconds such that la classique des sprinteurs has more often rewarded attackers. Now comes the novelty of gravel and we’ll see if this is tinkering for the sake of fashion or an exciting new development. Either way these are not just any old gravel paths shoehorned in, this is terroir with the race zig-zagging through the Touraine wine producers and the dirt tracks follow the slope of the vineyards. The road book at wines reads like a wine list.

The sectors come late in the race with the first gravel one with 49.5km to go and the final one at Rochecorbon at 12km to go which is followed by short climb. 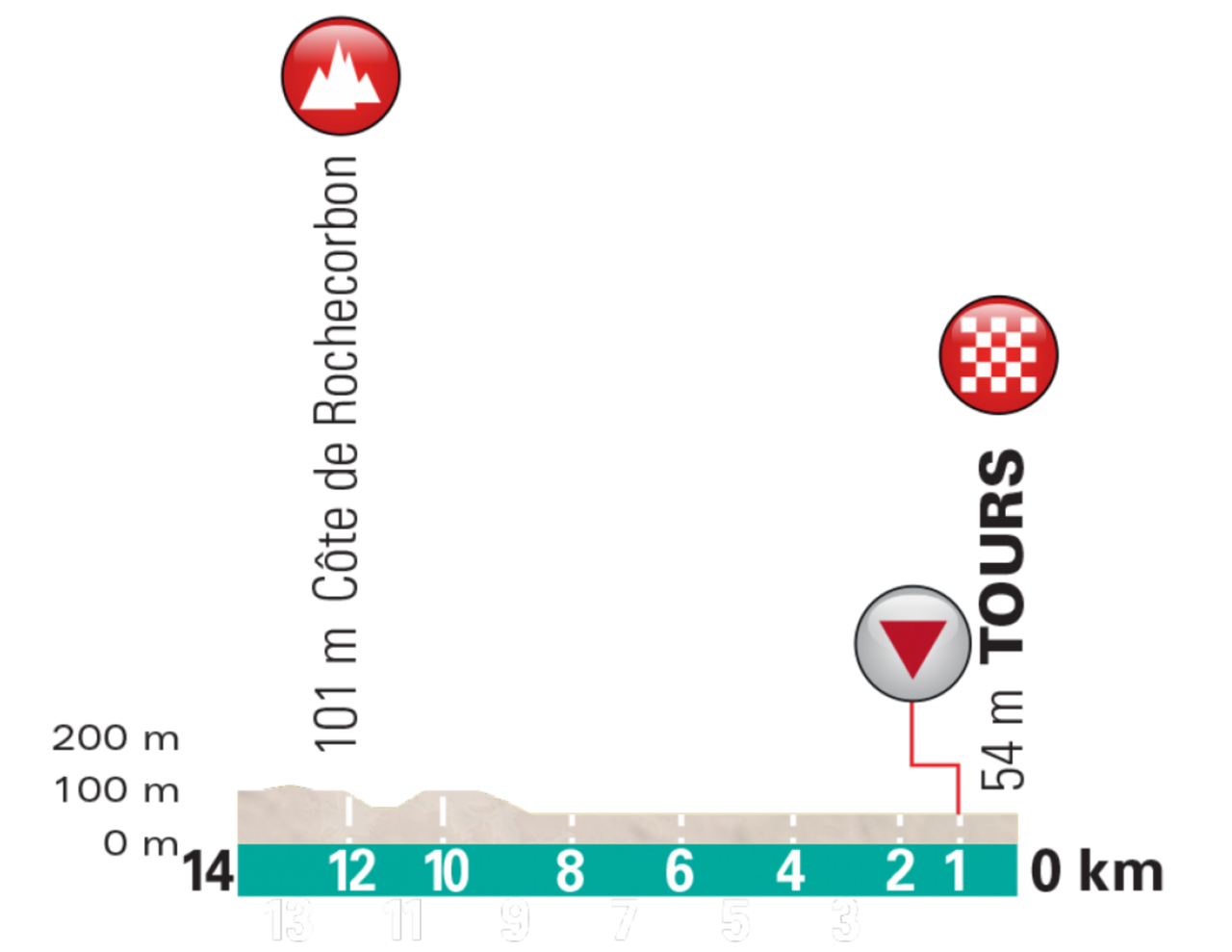 The Finish: the Avenue de Grammont, once a 2.4km long finishing straight until they built a tram line which forced the race to abbreviate the route. It’s still a long flat road.

The Contenders: Philippe Gilbert (Quick Step) has won here before and he’s won just the other day on his comeback from a cracked knee in the Tour de France. The revised course and the grim weather should work well for him with the likes of Niki Terpsta, Yves Lampaert and Florian Sénéchal for support as well as breakaway hero from Innsbruck Kasper Asgreen plus Fabio Jacobsen for a sprint although the conditions make a bunch sprint look unlikely.

Team Sunweb’s Søren Kragh Andersen is due a big win and has the power to feature in this race, he helped Sunweb finish second in the Innsbruck TTT.

Lotto-Soudal’s Tiesj Benoot loves the Strade Bianche. Today isn’t as selective, far from it, but he can try and get in the breakaway.

Cofidis’s Christophe Laporte lacks a good sprint but he’s more versatile, a year ago he won the Tour de Vendée solo and is a former mountain biker if that helps for the off road parts.

Groupama-FDJ are all in for Arnaud Démare, able to win a sprint and out of a group. The question is over his form though.

Weather: wet and windy, a cold northerly wind means a tailwind early and then a crosswind for much of the final gravel sectors.

TV: it’s on Eurosport and could be on the same channel you watch the Tour de France. The finish is forecast for 4.45pm CEST.

Giro dell’Emilia : before Paris-Tours on Sunday don’t miss Saturday’s Giro dell’Emilia in Italy, a pre-Lombardia test and a chance to see the San Luca climb which will feature in the Giro d’Italia’s opening stage next year. Better still it’s a fine race in its own right with the scenic and selective climb, an underrated event with a spectacular finish. Look out for the coverage streamed by PMG Sport and on Eurosport.

Next post: My World by Peter Sagan Book Review