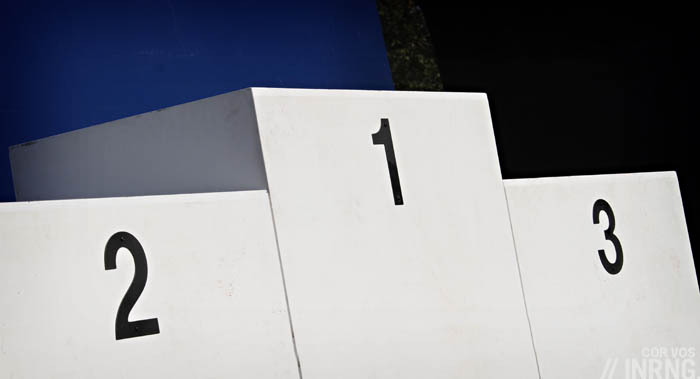 After several years of similar courses and a familiar of classics contenders, here’s an Alpine circuit to determine this year’s world champion, surely the hardest course any on the start line will have experienced and it’ll makes for scenic viewing this Sunday too. Here’s the usual look at the course, the contenders and more.

The Course: 258km and 4,670 vertical metres. This makes the race the tenth hilliest when measured by vertical gain but it is backloaded here with the first 90km along the Inn valley before they start the climbing circuit. The valley section includes the climbs of Angerberg and Gnadenwald.

There are six laps of the 23.8km “Olympic circuit”, a loop around some of the winter sports infrastructure on the climb to Igls, a 7.9km climb at 5.7% average with some 10% sections midway but for the most part a steady climb, one where drafting works and then a fast descent of 7km before a flat loop around Innsbruck which twists and turns, it’s not easy to chase on.

The Finish: After completing the six laps they do the Olympic Circuit once more but before completing it, turn on to the Höttinger Höll climb, a 3.2km climb with an average gradient of 11.5% and a maximum gradient of 28%, famously described by Vincenzo Nibali as a like something out of a mountain bike race. For road references it’s comparable to the Villa Vergano ascent used in Lombardia or the Murgil Tontorra in the Clasica San Sebastian, both deployed as the final ascents in recent years both for the length, gradient and the twisting nature. But arguably the Höttinger Höll is more hellish as it’s a touch longer and has a sustained 20% ramp towards the top. There’s 8km to go at the top with 5km downhill, it’s on wider roads and fast as it sweeps downhill. The final 2km are flat. 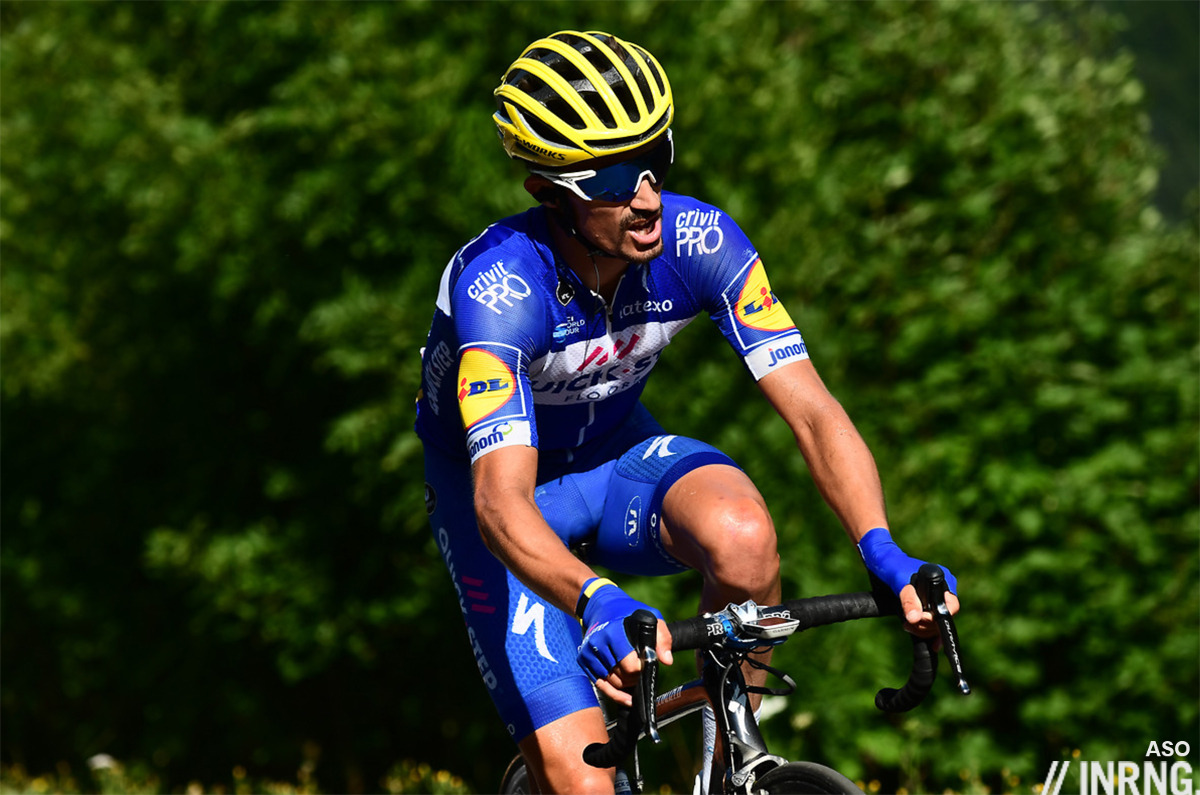 The Contenders: Julian Alaphilippe (France) is the first pick. He’s in form and after parading around France and then winning San Sebastian he had a short holiday before resuming work, winning the Tour of Britain and the Tour of Slovakia. Better still, he’s ideal for this circuit given his climbing abilities; if he wants to launch on the Höll climb he can, he can make the difference on the descent and he’s able to win from a sprint too. He’s also got a very strong team with Romain Bardet and Thibaut Pinot both contenders too although each less versatile, they will need to get away on the climbs, preferably solo with Pinot enjoying the higher win rate. Easier said than done to escape, although this means more cards to play for the French team guided by Cyrille Guimard. Still if Alaphilippe’s the bookmaker’s pick too there are reasons to be careful. First, remember Paris-Nice and the stage to Châtel-Guyon? He went on the rampage on the climb before the fiish only to get worked over: just as he can be generous with his energy in a race like the Tour de France he can waste it too. Next his form isn’t so certain, he did win the Tour of Britain but got dumped by Wout Poels on the only uphill finish. 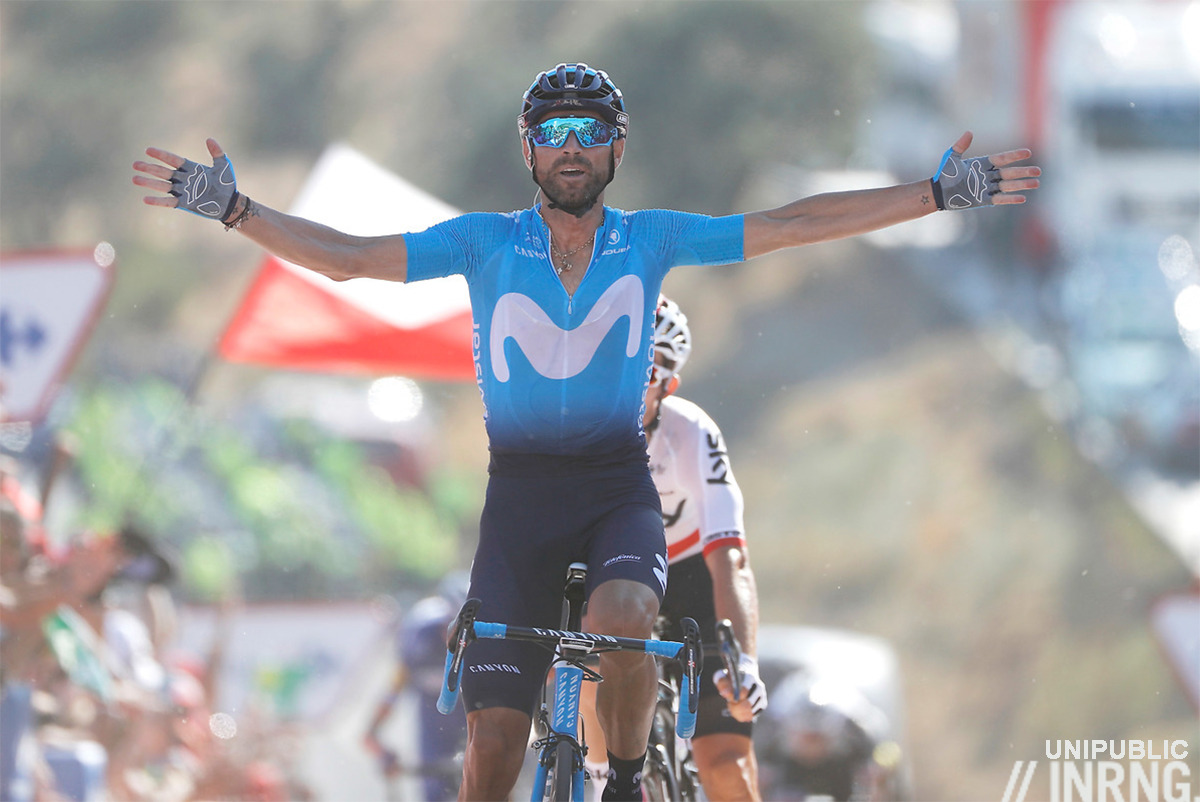 Alejandro Valverde has been on the podium six times but without a win. He’s a prototype rider for this course, versatile for the climbs and strong in the sprint and has come off a strong Vuelta ride where if he collapsed in the high mountains he was strong on the shorter climbs. He’s got a fine tactical brain and a strong Spanish team with Ion Izaguirre as an outsider and Enric Mas as the surprise card to play although the young Majorcan isn’t used to this distance. 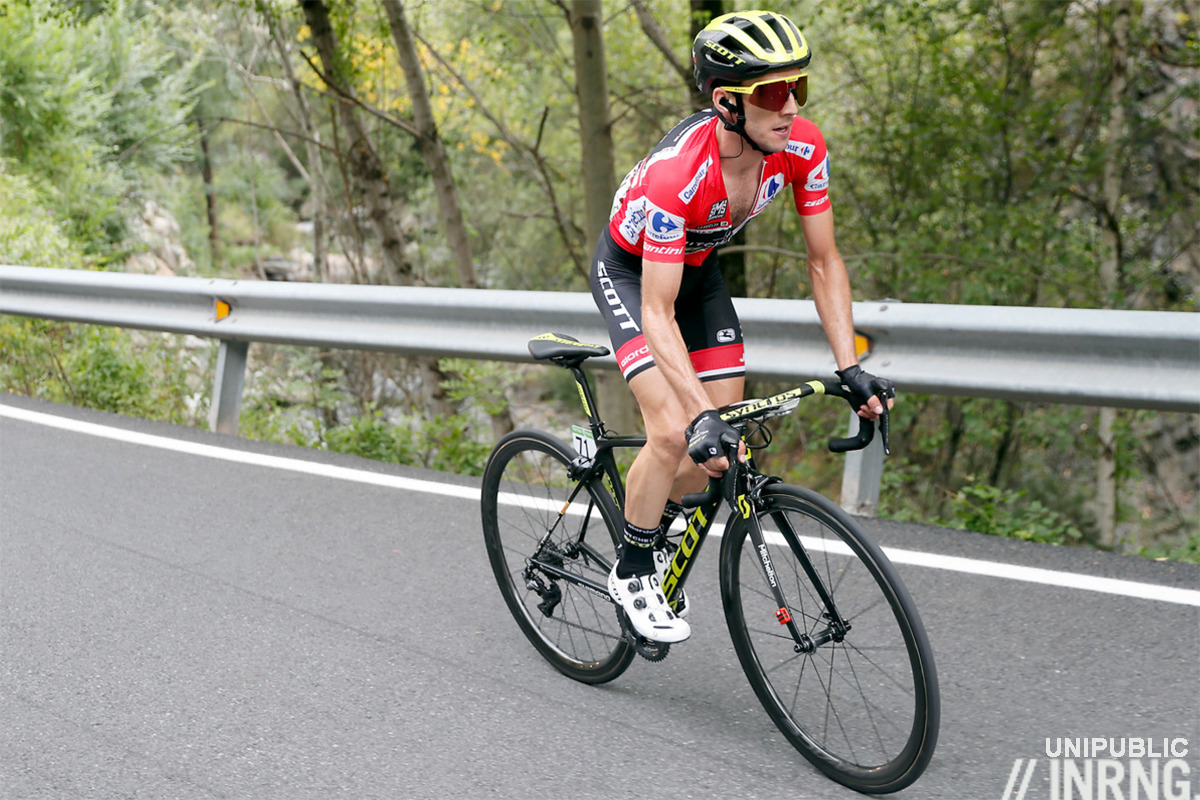 The Yates brothers switched their focus to the Worlds within hours of finishing the Vuelta. Simon Yates (pictured) was irresistible in the Vuelta, the undisputed best rider and able to clip away from everyone and then go solo for the win, just the kind of strategy he could deploy here. Adam Yates has bided his time during the Vuelta and has won the Clasica San Sebastian in 2015.

Who is Italy’s best chance? Gianni Moscon has looked almost invincible of late, winning twice in recent weeks but it was the manner of the wins, the way he simply rode away on the climbs and if anyone could stay on his wheel the sprint victory was a formality. This time though he’s got two problems, the climb to Höll could be his undoing – although if he looks big on the bike he weighs less than you might think – and if he arrives for a sprint then this time he risks facing the likes of Alaphilippe and Valverde. An awkward press conference would await. Given the course’s similarity to the Tour of Lombardy – a succession of steady climbs followed by a steep wall before the finish – this ought to be Vincenzo Nibali‘s dream course but he’s still on the comeback after his Tour de France crash. He improved during the Vuelta but has yet to look convincing but who picked him for Sanremo? 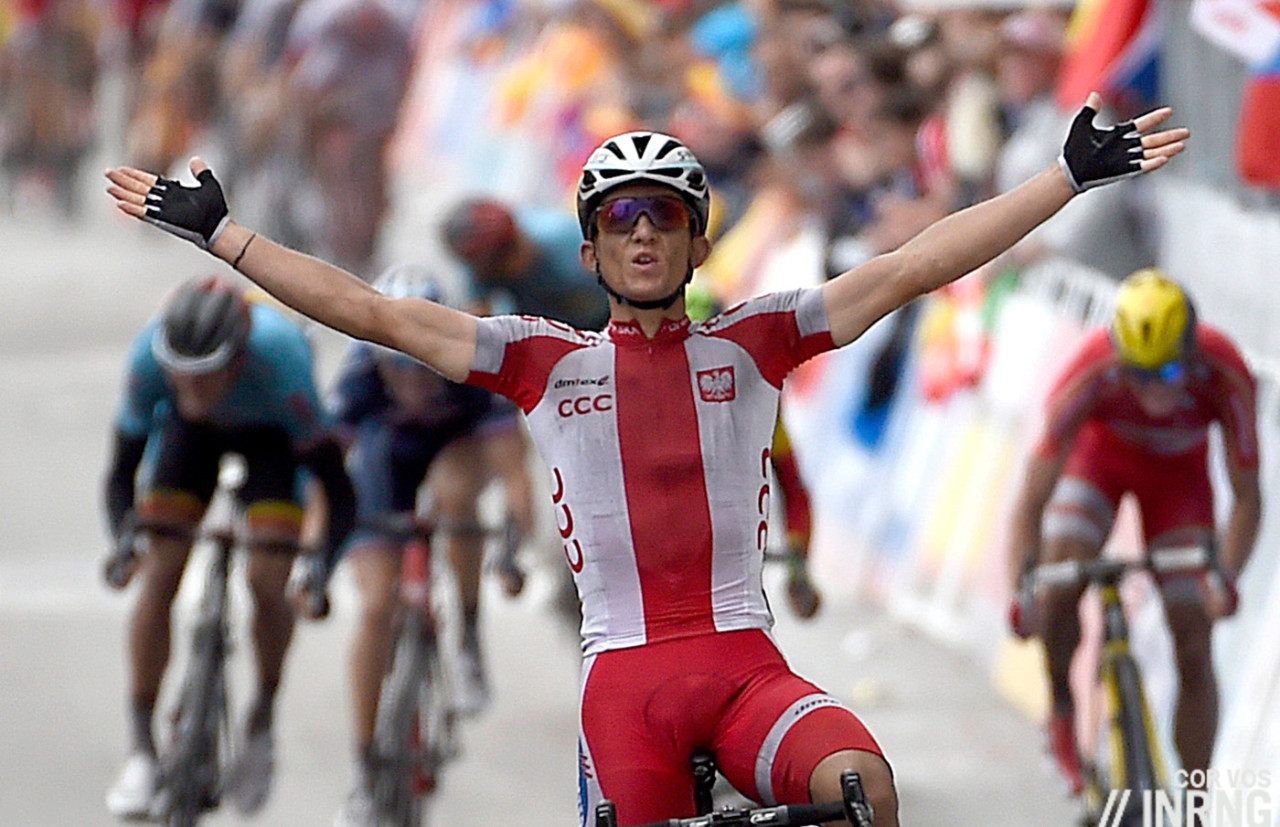 Michał Kwiatkowski has won before and comes here in good form with four place in the time trial and once again if there’s a moment’s hesitation he could get away, he’s excellent on the descents and can win a sprint too, his challenge is coping with the repeat climbs, it’s up to other nations to make the race too hard for riders like him.

Wherever Julian Alaphilippe goes, Bob Jungels does too. They worked well together for Jungels to win Liège-Bastogne-Liège this year, they trained in the mountains together before the Tour de France and even shared a holiday in August too. Now they’re rivals but Jungels is similar to Moscon, a powerful rider and he could thrive on a course like this, just as he did when he won the spectacular Giro stage to Bergamo in 2017.

The Colombians have a strong team and should be visible with the attacks on the last two laps. Nairo Quintana and Miguel-Angel Lopez have to attack to win while Rigoberto Uran has the one day race pedigree, although this is infrequent to put it generously.

The Dutch have a strong team but how to win? The likes of Steven Kruijswijk, Wout Poels and Tom Dumoulin all look strong and climb well but if they’re in contention it’s likely Valverde and Alaphilippe are too and they sprint much better.

Belgian bring the Lotto-Soudal tandem of Tiesj Benoot and Tim Wellens, they’re firm outsiders while Greg Van Avermaet did win a very hilly Olympics course that looked to be beyond his range, this course surely has too much climbing for him and too many teams need to make it a hard race. Dylan Teuns could be the best hope, strong in the Vuelta but not quite where he wanted to be.

Primož Roglič (Slovenia) has yet to win a one day race in his career although he’s got all the attributes, his form isn’t obvious after a quiet Tour of Britain. Rattling through other names there’s a long tail of outsiders but the Worlds rarely smiles on them, especially on selective courses. Still Michael Woods (Canada) had a great Vuelta, Rein Taaramäe (Estonia) is enjoying late season form and Jacob Fuglsang (Denmark) can feature but a win is a long shot.

Weather: cool and cloudy, the sun might appear at times and a top temperature of 21°C.

TV: the race starts at 9.50am CEST and finishes around 4.50pm. Tune in to watch the pace ratchet up, there’s often a sense in the Worlds circuit races that riders are leaving things too late, that time is running out but that’s precisely because everyone knows the last three laps are crucial and the final lap is intense.

It’s on Eurosport and other channels. It is on the UCI youtube channel but if you visit and it’s blocked that means it should be on TV in your country.