A dual between Tom Dumoulin and Rohan Dennis? Most likely although it’s late in the season and there’s room for a surprise.

The Course: 52.5km and 654m of vertical gain according to the race website, 775m if you trace the route yourself. The route rides up the Inn valley and it’s not totally flat, the road rises and falls as it passes through the towns and villages and. A few seconds can be gained by taking the right line, be it in the corners or tracking the smoothest parts of the tarmac. The climb of the day is as significant as it looks, 2.5km at 9% and with steeper sections as it twists up through woodland, this is a hard climb and will ruin the hopes of many a heavy-set rider and then there’s a false flat afterwards meaning the effort goes on. The descent is more gradual and fast with only three sharp corners.

The Contenders: Tom Dumoulin won last year and by almost a minute on his rivals. Today’s course is perfect for him, the flat valley roads are good for his refined aerodynamic position and the climb is ideal too, after all few in the world can go uphill faster than him. The question is over his form and fatigue, with the Giro and the Tour in the legs he’d be excused for going on holiday by now but if he’s here it’s to contend. 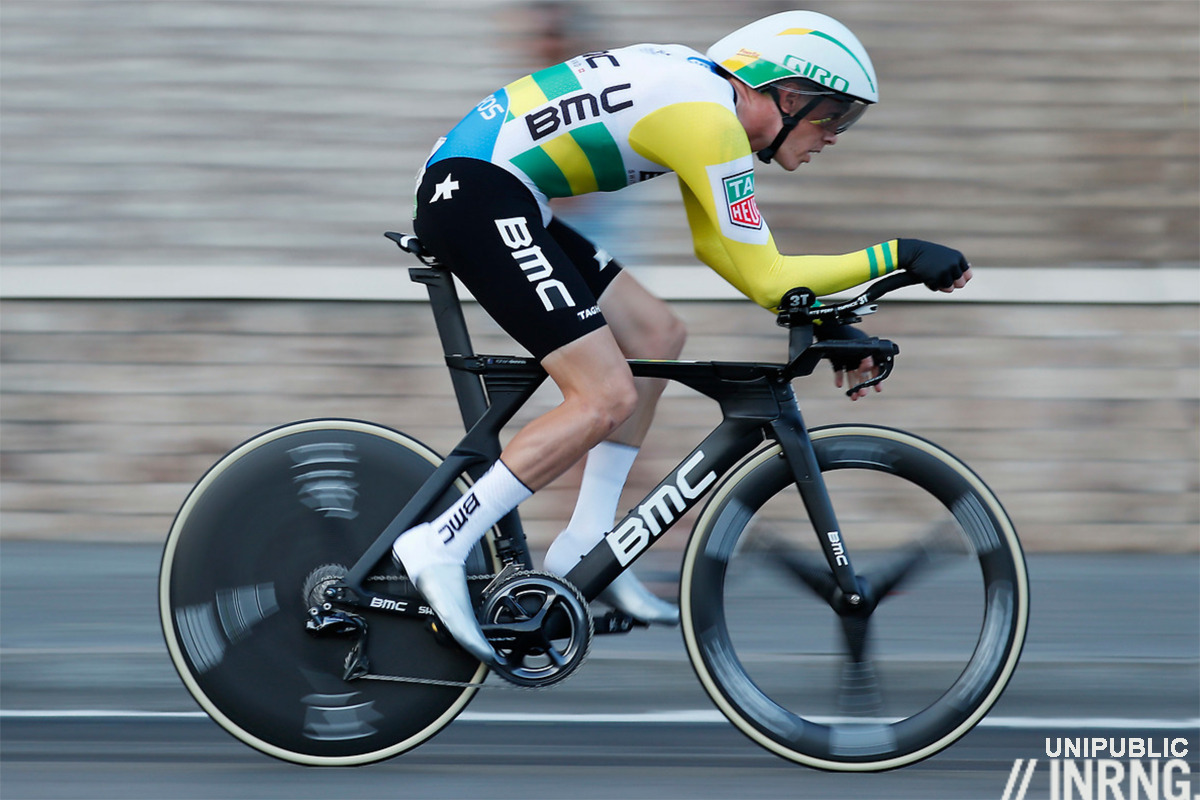 Rohan Dennis is the challenger. He was flawless in the Vuelta’s two time trials including the Torrelavega stage which had 590m of climbing, including a pronounced ascent mid way. Today isn’t a copycat route but the similarities are enough to suggest the climbing should be ok.

Who else? It can be hard to see past Dumoulin and Dennis but remember Richmond in 2015 when they were fifth and sixth, behind a podium of Vasil Kiryienka, Adriano Malori and Jérôme Coppel, a trio that surely nobody picked. Tony Martin gets a mention for old times’ sake and he hasn’t won an international-level TT since the Worlds in 2016 and even before then his win rate has been slender. But if he hasn’t won the story is he’s been close so many times so a bronze medal quite possible. German team mate Max Schachmann is probably here for the experience, a potential future winner because as good as he is, and the form seems excellent, he’s never done such a long distance course before. Wilco Kelderman has youth and experience and should set a good reference time for team mate Dumoulin. 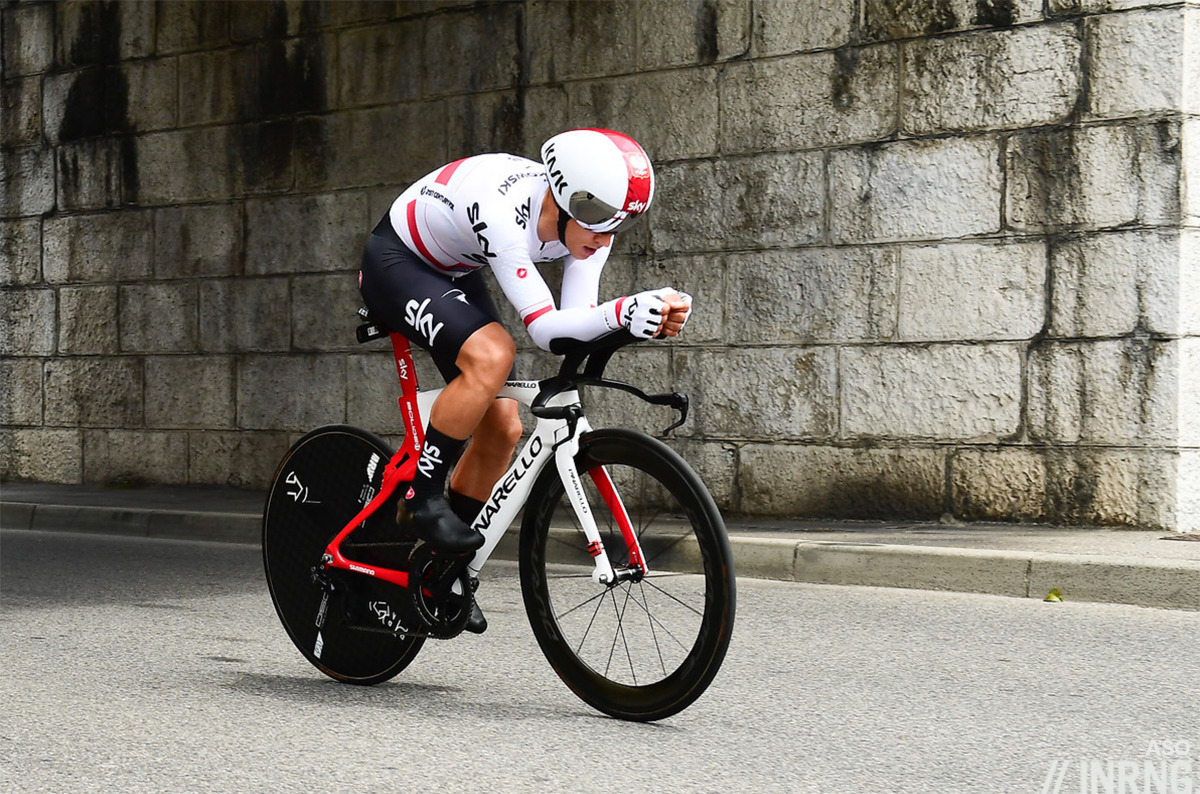 Michał Kwiatkowski‘s versatility includes being one of the best time triallists in the world as we saw in the Vuelta and if he was fifth in in the Torrelavega and 51 seconds behind Dennis this was after time spent defending the race lead and then battling in the breakaways for a stage win. Counting against him today is the steady nature of the course – valley, climb, descent, valley – if it had more corners, more hills to sprint up then he’d be a stronger pick.

Next comes a list of riders who are near-impossible to separate this morning. Portugal’s Nelson Oliveira is a strong and underrated TT rider who can do the occasional upset. Spain’s Jonathan Castroviejo resembles a missile when he’s in full flow, he’s very good but has been better on shorter courses. Vasil Kiryienka (Belarus) is a stalwart but feels like one of those riders who has had their win and aged 37 he’d be the oldest rainbow jersey winner since Joop Zoetemelk. Victor Campenaerts (Belgium) is a TT specialist but should find the hill too much for him today. Bob Jungels (Luxembourg) is very strong and flying under the radar at the moment.

TV: the first rider is off at 2.10pm CEST and the last due back just before 5.10pm CEST. It’s on Eurosport and other channels. It is on the UCI youtube channel but if you visit and it’s blocked that means it’s (notionally) on TV elsewhere in your country.