Too Much, Too Soon?

Imagine being World Champion aged 17 or 18? For many it’s a dream, for a few it’s a reality. But is a junior rainbow jersey worth having? It could mean pressure on a rider, a label to live up to for the rest of their career. Also to focus on the road from such an early age means missing out on other things. But increasingly it seems junior success is an indicator of a successful pro career and more than ever riders who thrive in road races are enjoying themselves in other disciplines like cyclo-cross, MTB or the track and this can only benefit them.

One hypothesis behind this piece was that the junior worlds could throw up names who inevitable fade: they struck gold once but perhaps it was a case of “too much, too soon”. Maybe they were just advanced for the U-19 category, whether physical maturity or tactical skills and it would all level out? Or worse the rider wins big and gets a sense of entitlement and expects life to be as easy in the U23 ranks and then the pros and inevitably struggles. But glance at the road race results, and those of the time trial, and there are many familiar names on the podium. Only here are the podiums from recent years:

As you can see the podiums are packed with stars of the future. Good young rider turns out to be a good senior may not be a revelation but cycling is a complicated sport where aerobic ability counts for so much but the training load, the tactics, the ascetic life and more mean that simply revealing talent at an early age is necessary but not sufficient and presumably helps explain why it takes years for a wunderkind to start winning in the World Tour, like Matej Mohorič, the junior and U23 champion who has finally won in the World Tour with a Vuelta stage win in his fourth season as a pro… even if he’s still just 22. Mohorič on his way to a Vuelta stage win

Or for the sake of an anecdote, take Lennard Kämna, the junior TT champion in Ponferrada in 2014, who was then bronze medallist in the U23 TT the following year, the “chocolate medal” with fourth place in 2016 and this year took gold as part of Sunweb’s team time trial squad. Of course there is the element of bias in that some names don’t succeed but as the screengrabs show plenty do. Still, only one rider has won the junior world champion title and gone on to win the senior title: Greg LeMond. 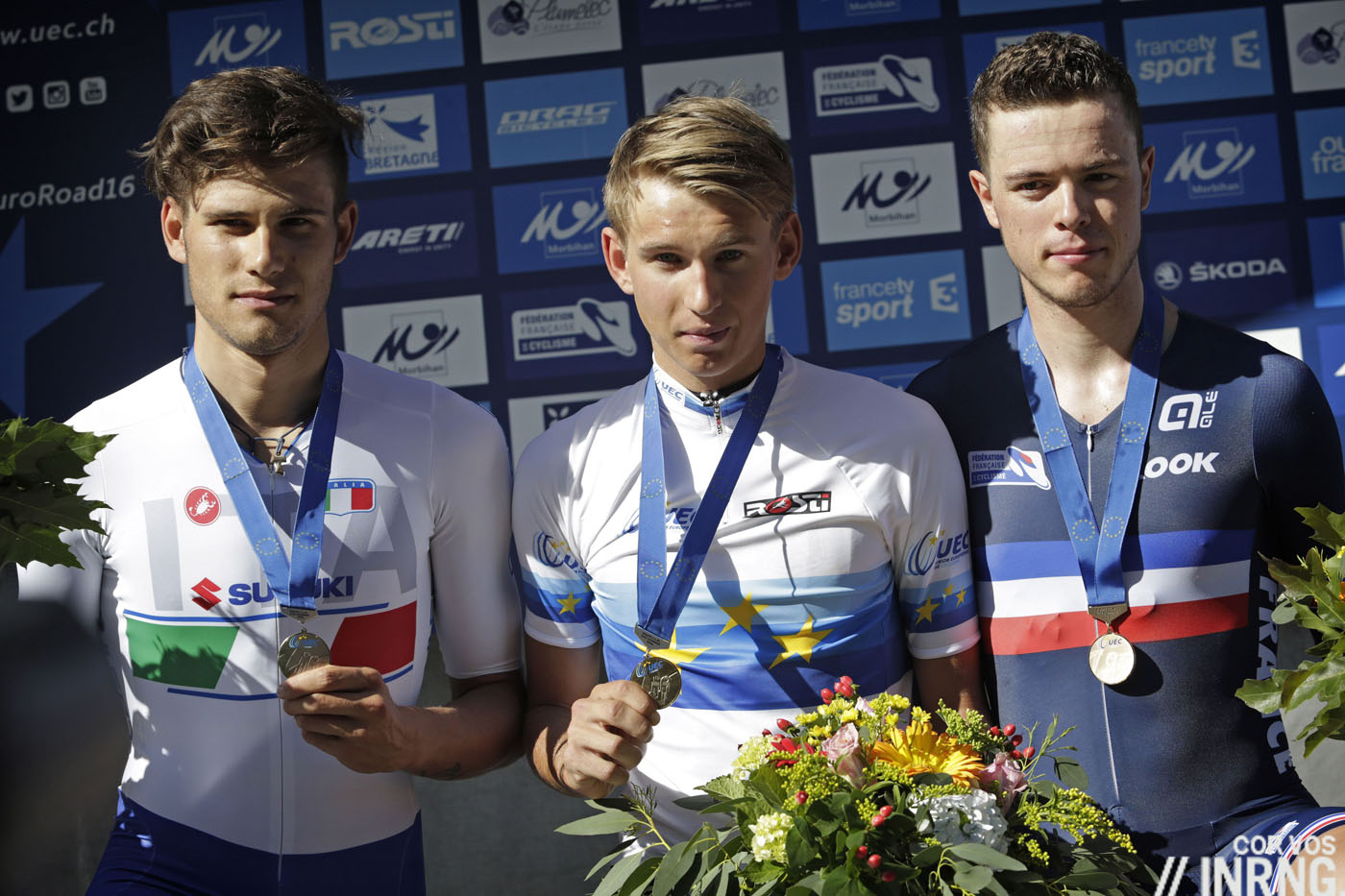 Ganna, Kämna, Cavagna are all in the World Tour teams already

Another reason to leave out the junior road race is that this is a good time to be doing something else. Hopefully there’s room for study and social life already, instead the alternatives are things like track, cyclo-cross and mountain bike. Spending your formative years doing these disciplines is only going to make for a better adult road racer. The reflexes and skills learned young on the track or in woodland are harder to gain as an adult. Take your pick from the likes of Fernando Gaviria (2012 track world champion ), Peter Sagan (MTB world champion), Mathieu Van der Poel (gold, CX and road worlds) and Julian Alaphilippe (silver, CX Worlds) for riders with something extra from their junior days… or Marianne Vos and Pauline Ferrand-Prévot who have combined the road with more during their senior career and gain from the skills and physiological efforts. 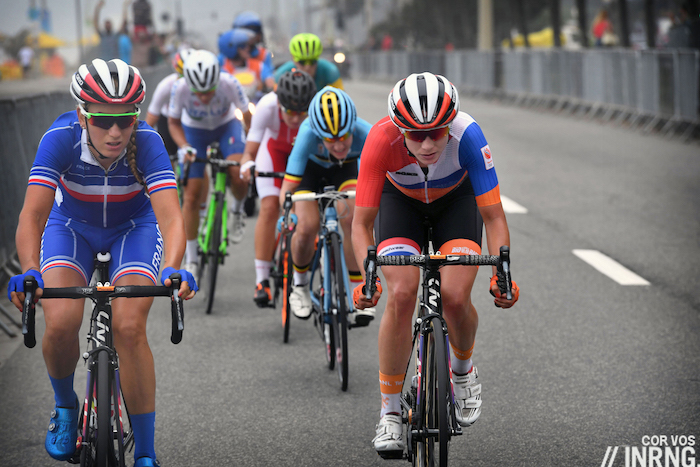 Ban the junior road race? This would be a way to force a more balanced start for U-19 riders. But that’s surely too polemic, the junior events at the worlds are a surprisingly good guide to future success and if people want to ride, all the better. Instead the idea is more that other disciplines can offer plenty to budding road riders, whether learning track craft or skills from off road events. It’d be too hard to make selection for the road worlds dependent on riding, say the CX or track worlds. Similarly national selectors presumably want to pick the best chance of a winner on the day rather than pick from those who are multi-disciplinary.

But this brings us to the other disciplines as mere training for the road, an apprenticeship to serve. It should not be this way. But more than ever road cycling is paved with gold and the World Tour peloton is sucking talent out of the other disciplines thanks to long term contracts and high salaries. Which only reinforces the road as the ultimate career choice.

Conclusion
The juniors in Bergen have earned they’re right to be there. Just that if there was an ideal career path then perhaps a start on the track or off road is the way to make a prototype road rider as well as aiming for gold in Bergen?

It turns out the road is a good start and all the sport’s incentives make this an important race; even a market and the likes of Tom Pidcock, the new time trial champion, already have agents and sponsorship deals. To look at the results from the junior road race and time trial over the past years is to look at many of today’s champions. Screen these riders through a development programme and the proportion of those going onto enjoy continued success should be even higher. This suggests that many agents and team managers alike will be watching the results closely and even waving contracts about.