The Tour de France went to Vittel, now the Vuelta goes to ElPozo… the large processed meat company that sponsors the race.

The Route: the main feature is the climbing in the Sierra Espuña. Collado Bermejo is listed as 7.7km at 6.5% but the race has split the climb into two with the climb to Totana as 2-4% but there’s a 7% section to go before they tackle the second part of the climb, 7.7km at 6.5% but with a lot of 7-8% slopes along the way as the road winds up through the pine forests. It’s chased by a fast and technical descent into Alhama (derived from the Arabic for “the baths” because of the local hot springs, this is a geologically active area… see the Daily Díaz for more)

The Finish: the gradient eases as they arrive in town and there are the usual roundabouts to negotiate before a finish on a big boulevard leaving town just next to the ElPozo HQ and factory.

The Contenders: a break or a sprint among the main GC guys? A break has a good chance today and we’ll see if Julian Alaphilppe can double up. He’s also a pick to win among the GC contenders, on a good day he can match them on a short climbs and if his form is not there yet he can descend well enough to catch them and offers assurance for the sprint. But he’s one among 179 riders.

Luis Leon Sanchez fluffed a stage already, uncharacteristic for someone usually so handy at entrapping their rivals before soloing away. So another one to watch. Astana team mate Alexey Lutsenko is powerful but today might be too hilly.

Vincenzo Nibali is always good for a downhill finish but is his form there? His problem is also is that he’s still fourth overall and so none of his podium rivals will allow him to go for a consolatory stage win either. But as we saw in Andorra he’s good at sniffing out success.

Alberto Contador is looking frisky but slipping Chris Froome is a hard task. So can Jarlinson Pantano win the stage? The Colombian is a great descender and can sprint well out of a small group.

Thomas De Gendt is a perpetual contender for the breakaway. This time the final climb suits his strong and powerful climbing style.

Nicolas Roche is riding high on GC so he can climb and he packs a powerful finish but as ever his win rate is very low so he’s not the type to bet big on.

Weather: warm and sunny but not hot, just 28°C in the shade.

TV: It’s on La1 in Spain and Eurosport around much of the world and often on the same broadcaster you watch the Tour de France on. The climbing begins at 4.30pm and the finish is forecast for 5.40pm CEST. 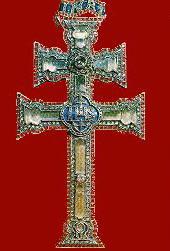 Daily Díaz: Caravaca de la Cruz is one of the five holy cities of Catholicism (three of them are in Spain, and one of them will be reached on stage 18). The reason? A fragment of the lignum crucis (True Cross) is there. Fast forward to KM65: Lorca was hit by an earthquake in 2011. Murcia is actually one of the riskiest areas to live in Spain, if you look at how often the land shakes (check the map). After dramatic information on religious and scientific issues, time for some food. ElPozo is listed as one of the sponsors of the race (such as Movistar, Europcar, Cofidis, Dimension Data or Seguros RGA). It produces and sells pork products all around Spain. Actually, Murcia is one of the top provinces of Spain according to the pigs/km2 ranking.