How many times have you driven somewhere, or been sat in a train, and looked out to see a road and thought “I have to ride that“. The Plateau de Solaison is one such place, a tough climb visible from the autoroute between France and Italy as a balcony road cut into high cliffs. It’s also the final climb of the final stage of the Critérium du Dauphiné this year, a discovery for the pro peloton and a very tough climb.

The Route: the D186 leaves Thuet and climbs to the village of Brison. From here take the D186A, just follow the signs to the Plateau de Solaison. It is 11.2km at an average gradient of 9.2% with sections at 13-14%.

The Feel: Thuet is a village of wooden buildings sat right below the mountain. The flat valley floor almost collides with the cliff you’re about to ride up and you wonder how you’ll get up. After a gentle approach road there’s a bend to the right and the road pitches up to 10%, forcing you to fan through the gears for a low ratio. You go into woodland and the canopy extends across the road so it’s cooler and shaded here. There are markers, bornes in French, every kilometre to tell you how far to the top and what the gradient is for the upcoming kilometre, a great idea to encourage visiting cyclists. The first announces 10% for the next kilometre. So does the second one. And the third. The fourth one comes into view and you’re hoping to catch a break only for it to say 11%. This is much steeper than anything else found in these parts, if you’ve come to ride around Morzine and the Joux Plane you could be out of gears here. It’s steep but no goat path, this is comfortably wide with a good surface, the winter snowplough seems to have planed the tarmac flat (you notice these things on 12% roads). After four kilometres the road reaches the cliff balcony, cut into the rock with great views of the valley below and tempting you to ride on the left like an Brit, Aussie or Japanese cyclist just so you can at the view down the valley. 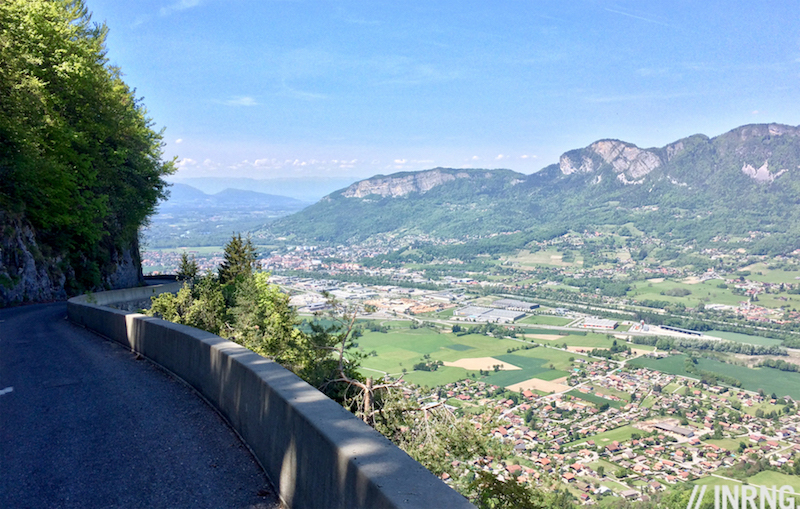 The cliff section ends and you climb towards the mountain village of Brison. Here the road is steep one minute, easier the next. Sometimes this feels awkward during a climb but given the relentless gradients just to reach the point the flat sections feel pleasant rather than pointless. Once out of the village you can now see well ahead on the road and spot where it will rear up again. It is still steep but a percentage point or two less although there’s a nasty section before some switchbacks with 14% 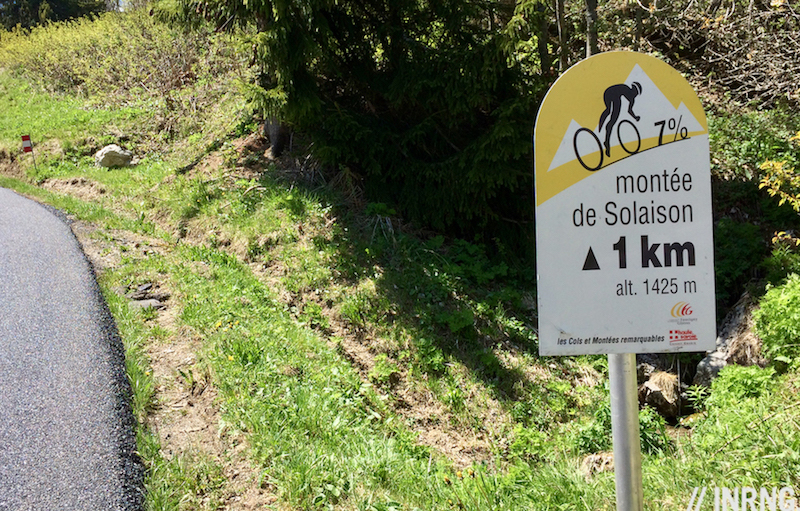 The final two kilometres climb up in a series of steps. The summit is a small plateau, the road curls around to the Col de Solaison and there are several restaurants if you fancy a snack.

The Verdict: a great discovery and a brute of a climb that requires low gears thanks to its sustained 10% sections. The numbers speak for themselves, 11km at 9% average and the mode gradient is more like 10-11% which makes it as hard anything you’ll find in the Alps, barring exceptions like Monte Zoncolan or the Mortirolo. It’s arguably tougher than nearby rivals like the Joux-Plane and a challenger for the Mont du Chat. 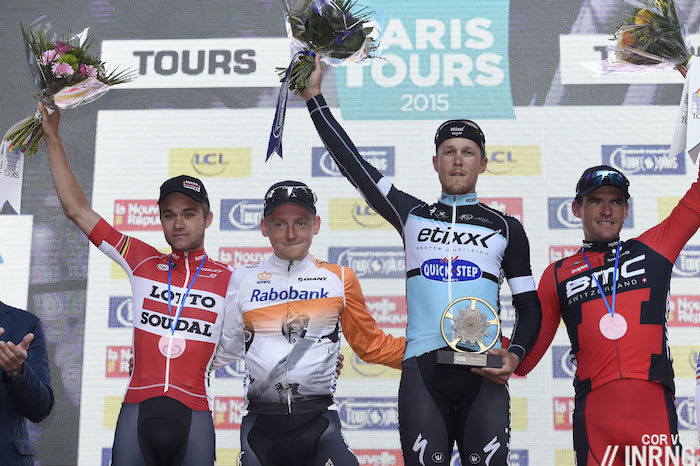 History: the Critérium du Dauphiné is the first pro race venture here but The Tour de l’Avenir came in 2014. Kazakh rider Ilya Davidenok won the stage… only to test positive leaving Dutchman Sam Oomen as the eventual stage winner. Davidenok was riding for the Kazakh team and set to join Astana and his downfall contributed to Astana’s doping saga with flurry of scandals such as the Iglinskiy EPO positive, a special UCI audit and worse. Oomen never got to celebrate the stage win that day but later showed versatility by winning the U23 Paris-Tours a year later, joining the pros on the podium (pictured) and he’s since joined the pro peloton, riding for Team Sunweb and winning the mountainous Tour de l’Ain last summer at the age of 20.

The Avenir ascent had the field scattered over the mountain. Oomen was ahead of eventual GC winner Miguel Ángel López, Pierre Latour and Giro stage winners Guilio Ciccone and Alexander Foliforov to name just some, the results sheet reads like a who’s-who of climbing promise. It also reads like a mountain time trial with most of the riders coming in one by one rather than in groups, a clue to how hard the climb is… but also because this was the Tour de l’Avenir everyone was fighting for a position GC rather than a pro race where finishing 39th or 41st isn’t such a big deal.

Tip: there’s a fountain right at the foot of the climb in case you need to top up. There’s one at the top too, directly opposite the finish borne is a trough and above it tap supplying drinking water.

Future: can the Tour de France visit? Logistically yes but this isn’t a ski resort with a big marketing budget so financially it’s questionable. But it fits with the Tour de France’s quest to find steeper climbs in order to derail teams with their mountain trains.

Ride more: this piece is timed to help explain more about the final climb of the 2017 Critérium du Dauphiné but worth sharing also for anyone visiting the northern Alps to climb roads like the Joux-Plane, the Col de la Colombiére or the Aravis, an extra for the list if you’re in the region.

Travel and Access: one of the appeals of the climb is the way it quickly leaves behind the valley floor with its autoroute and railway line but these features make for easy access. Geneva in Switzerland is the biggest city nearby with air transport links and the likes of Morzine and Annecy are nearby bases for visiting cyclists.