It’s turning into the never-ending story. What could have been a quick medical matter is turning into an ethical saga that’s now being played out across the British media. The leaked revelation that Bradley Wiggins injected cortisone on the eve of major races shows a grey area where private medical needs meet a history of steroid abuse in sport. This matter should have been cleared up but rumbles on.

As a reminder a hacking group called Fancy Bears published the confidential Therapeutic Use Exemption (TUE) notices belong to many Olympic athletes, it’s alleged this is a diversionary smear tactic in the wake of the widespread doping programme found in Russia and set out in the WADA McLaren report. Among the leaked TUEs were some for Bradley Wiggins and it showed he’d been given permission to inject triamcinolone, often better known as Kenacort.

Kenacort rings alarm bells. This and other cortisone-related medicines have an anti-inflammatory response but they have a performance enhancing effect. It’s been the choice of dopers for decades: Bernard Thevenet said he used it on his way to winning the Tour de France twice in the 1970s, Laurent Fignon admitted to using it in the 1980s, Lance Armstrong should have been banned for using it in the 1990s, the late Philippe Gaumont used it in the 2000s and in UCI’s CIRC report cited its use in this decade. The point here isn’t to name users but to show how far it goes back and for every name cited they were surely hundreds of contemporary Kenacort consumers. So our starting point with this substance has more baggage than the Samsonite factory.

Ever since the leaked TUE Wiggins and Sky have been playing catch-up. Yesterday saw Dave Brailsford make a series of media appearances across various UK channels to convey the procedural message: Wiggins has asthma > a treatment was approved by medics > the UCI issued the paperwork > therefore it was all ok.

“If we think there is anything we can do to help the health of our riders, within the rules, and it’s legitimate”
– Dave Brailsford, The Telegraph 26 September 2016

The procedural “it was within the rules” stance is fine, after all what can be better than complying with the rules? Still there are questions here, for example why is Wiggins 2011 TUE dated in June when his examination by an asthma specialist medic happened in July (eg: did the UCI sign off the paperwork on the assumption the doctor’s screening would be a formality?) and more.

Only meeting the rules is sometimes necessary but not sufficient. As we can see with, say, the tax planning of multinational corporations, compliance with the rules can differ from doing the right thing or satisfying popular opinion by being seen to do the right thing. After all Team Sky are a sports team created to make their parent company look good and right from the start the team said it didn’t just want to race clean, it wanted to demonstrate it:

“The whole point of our team is to try and demonstrate that it is possible to cycle clean and compete at the highest level”
– Dave Brailsford, The Guardian, 2011

This kind of ideal takes us beyond the procedural and the paper trail audit of gaining a TUE. If there was a clear medical justification then what Sky and Wiggins ought to have done is set out demonstrate what led them to agreeing that Kenacort needed to be taken on the eve of some big races; and possibly why they decided against its use at other times of the year or in different seasons. A fanciful demand? Not really, Wiggins’s fellow British track cyclist Callum Skinner has just released his medical records. Sticking to the procedural defence is understandable but this story has become an ethical one.

Tramadol precedent
We’ve been here before with Team Sky when Michael Barry wrote in his autobiography that he used Tramadol, a powerful opioid painkiller. This was embarrassing for Sky and they issued a press release saying they didn’t use it… but in between the lines, the grammar and the tense of the statement mattered as Sky were not prescribing it any more but the implicit admission was that they had before. Tramadol might come with warnings not to drive or operate machinery so its use in a bike race seems wrong on this level, not to mention the idea that if an athlete is in such pain that they need a high strength painkiller just to pedal then they should probably be resting rather than racing. But as it’s not a banned substance using it is within the rules. This doesn’t make its use in competition right though. 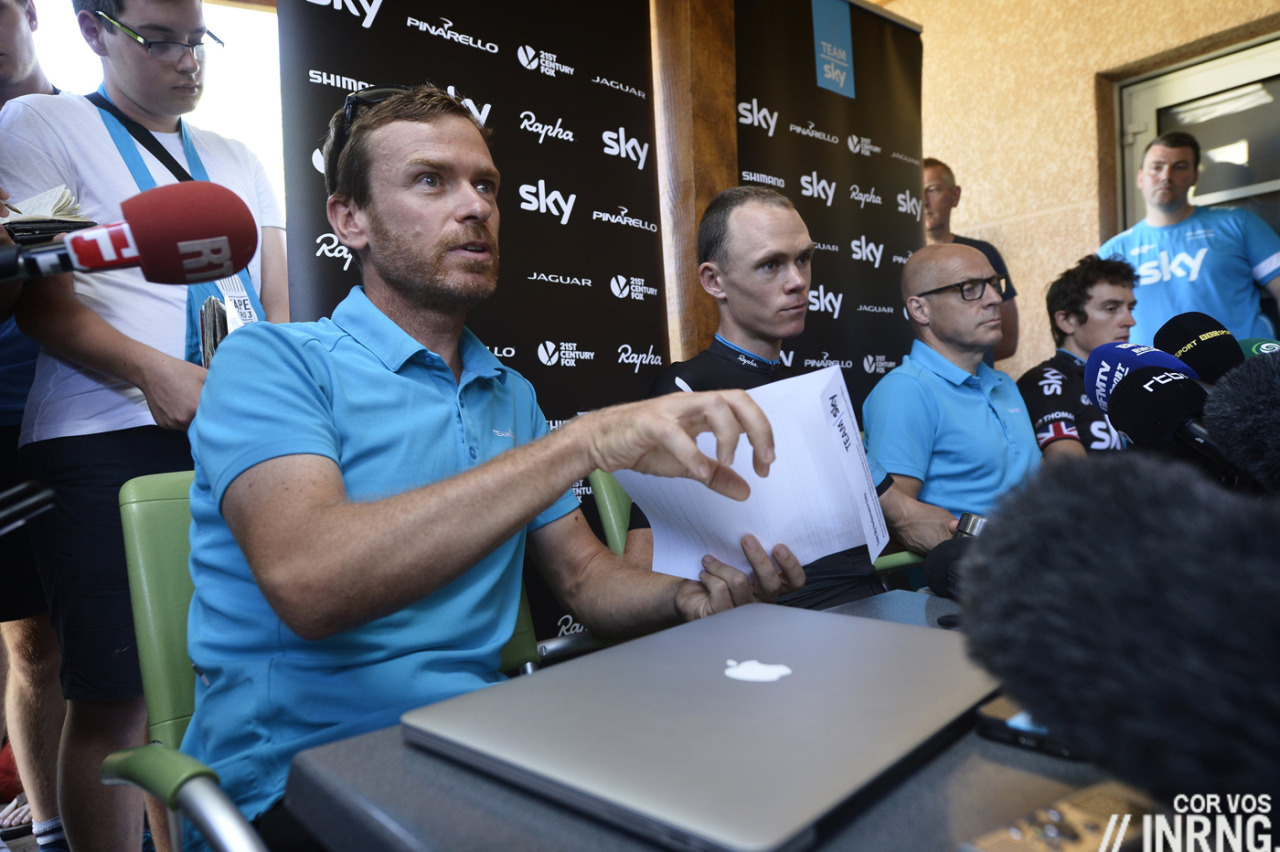 Ex post transparency
Another “we’ve been here before” aspect is the sight of Team Sky becoming transparent only once events catch up with them. This time Brailsford is musing about making TUEs public (probably a bad idea but that’s a debate for another day). But it’s often after being embarrassed that the promise of future transparency comes out, be it TUEs, power data or “altitude native” biometric data.

Conclusion
Within the rules? Yes but only if you can prove the clinical need. Wiggins has the paperwork trail from medics and the UCI as Brailsford was keen to point out yesterday. That ticks the procedural box but the story’s not going away as people question whether it was it the right thing to do? Certainly the case for pre-emptive intramuscular injection with Kenacort on the eve of a major competition is open for review at any time and rings alarm bells given so many cyclists have arbitraged the rules to their advantage with this substance; specifically in Wiggins’ case we read in his autobiography that he’d never taken injections only for the leaks to show the contrary and require a clarification from his PR entourage. The slow response and the reliance on the procedural matter – “the UCI cleared it” – doesn’t settle the issue. The casual onlooker – not the pro cycling blog reader – will glance at Sky and Wiggins and think they’re no different to other teams and Tour winners, athletes with their own scandals. That’s presumably just what the Fancy Bears wanted.