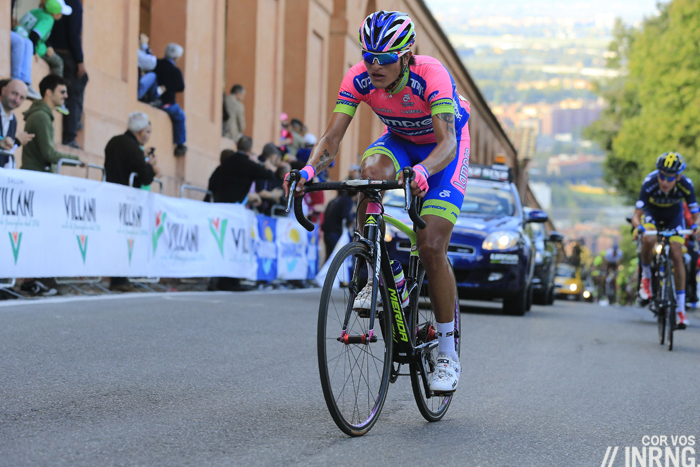 Cycling has its theatres and many are in remote and rural settings. This makes them enjoyable to ride as what can be a packed climb is deserted the rest of the year but this means the sport takes place far away from the people. Here is a climb that starts right out of one of Italy’s major cities.

The Route: the Via San Luca starts in Bologna in the region of Emilia-Romagna in Italy. It is 1.8 km long and averages 10.8%.

The Feel: it’s easy to find, the Via San Luca is famous for its arched walkway and the red brick portico begins well before the climb but you can spot the start from afar thanks to the giant arch over the road, a permanent 2km to go banner. Unlike Alpe d’Huez, the Stelvio and even the Poggio, this one features a junction regulated by traffic lights, a dull detail but a reminder this is an urban climb.

Cycling is different from most other sports in that it doesn’t take place in a stadium but thanks to the early 14% slopes you rise up fast and can peer over the buildings to see Bologna’s sports arena. There’s a slight stadium feel to this climb too, the cyclist rides up the road while local joggers and tourists pant up and down the portico walkaway, an ever-present audience that’s unusual for a climb. 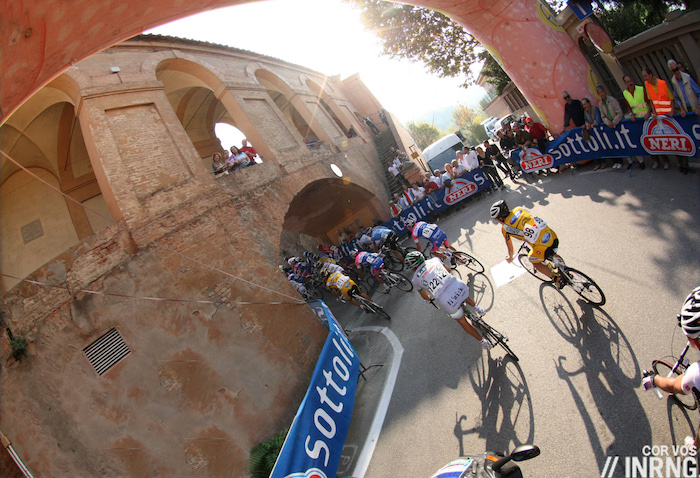 Just don’t perform for the crowds, the climb is steep and stays steep. The gentler blue section on the profile above of 6.8% is flattered, and flattened alike, by a brief level section that’s too short for recovery. This flat section signals the hardest part is yet to come, the road levels out as the pedestrian walkway continues keeps climbing and you ride under the footbridge and then are suddenly confronted by a steep S-bend, the curva delle orfanelle or “orphan’s corner” which is chased by a long straight ramp that heads for the sky.

Here you can only see the road rising up at 16%. The portico’s arches are stacked diagonally and there’s no view beyond the tarmac horizon. Eventually the road crosses the walkway and once the portico is back on your left, the finish is near. The surface is good all the way up and the regularity of the arched portico walkway means you can count how many pedal revs it takes to pass an archway, invariably several since you’re in a low gear. This climb doesn’t have the celebrity status of the Mur de Huy because it’s not seen on TV but it’s as hard if not harder.

Finally the Basilica San Luca comes into sight and the road levels out. It’s under two kilometres long but the Strava record is six minutes and a lot of pros need eight minutes. It’s not unusual to see foreign tourists click-clack walking their way up. Once at the top there’s a fountain for the thirsty and benches for the tired. The road continues, this is not a hilltop chapel, instead you ride on into the Apennines.

The Basilica itself has little to do with cycling but bears the motto exibit salvatio de monte, “salvation shall come forth from the mountain”, perhaps something the winner of many an uphill bike race might hope for? 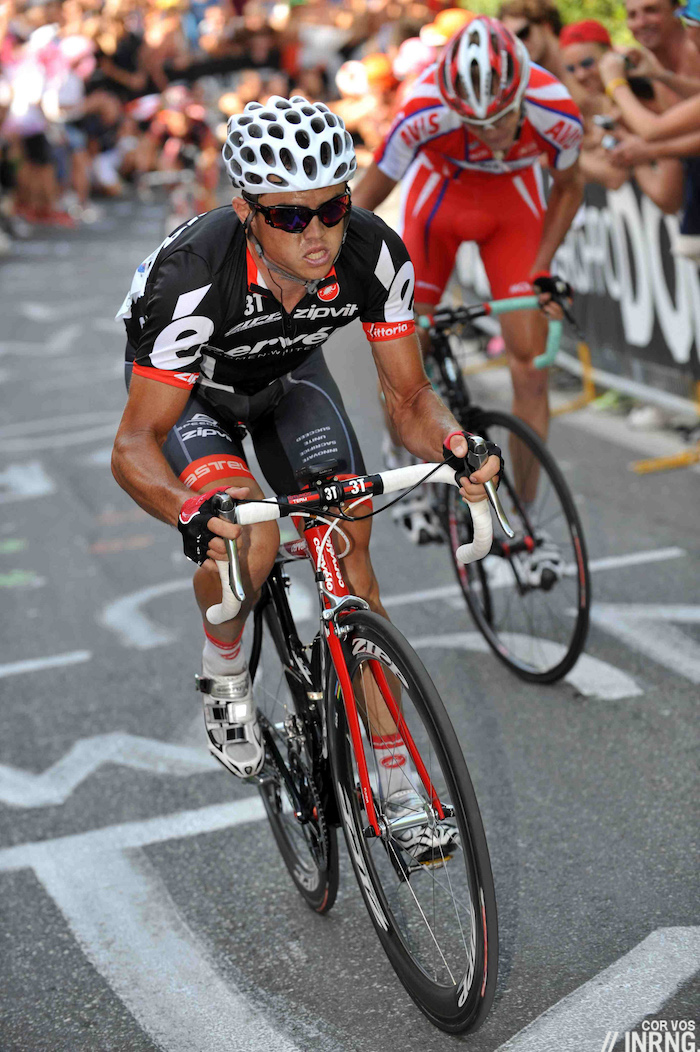 The History: Daniel Friebe’s Mountain Higher recounts that it took 47 years to build the brick portico which includes an eerie 666 arches between the city and the basilica.

It’s been used three times in the Giro, in 1956 they held an uphill time trial, in 1984 Moreno Argentin won a stage and in 2009 Simon Gerrans took the stage. The 2009 moment is interesting for the brief duel between Gerrans and a then unknown Anglo-Kenyan rider with the Barloworld team called Chris Froome.

The Giro dell’Emilia goes back to 1909 and has more recently added a women’s race and both take place today. It’s unclear when the San Luca finish was added but now the race features a finishing circuit that includes a gruelling four climbs of the San Luca. The men’s race lacks some lustre but its history, scenery and challenging course make it ideal for TV.

Travel and Access: Bologna is a major city in Italy with its own international short-haul airport, plenty of road and high speed rail connections.