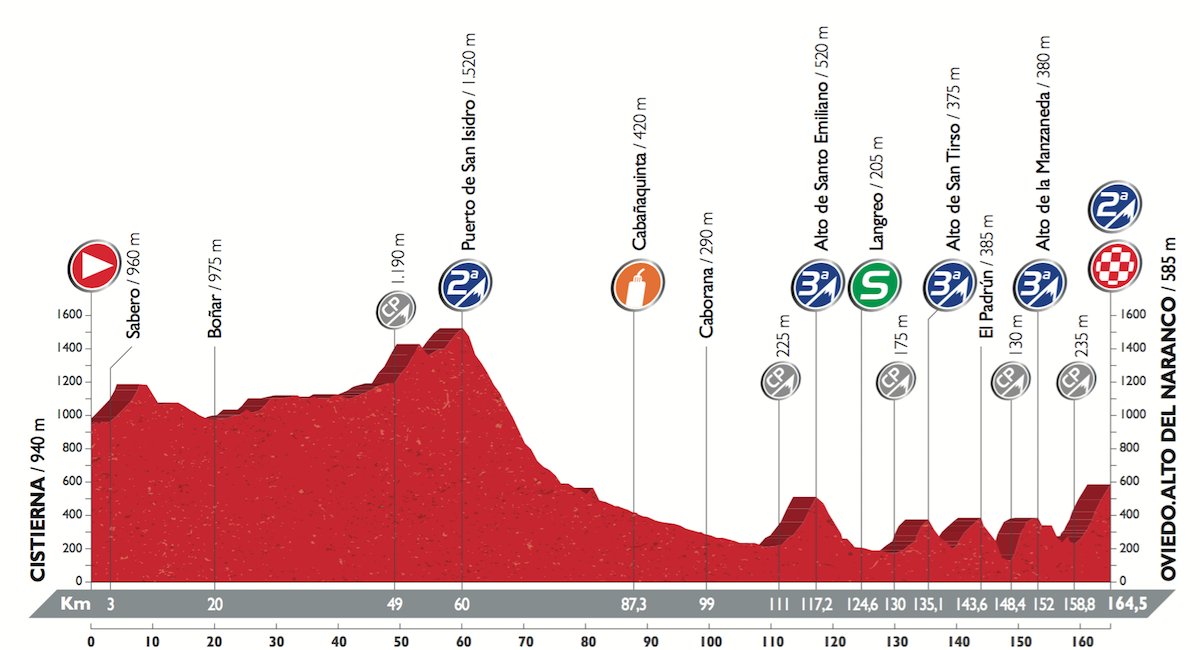 A mountain stage with some small ascents that have had a big impact. The final climb of the Alto del Naranco was where Chris Horner beat Vincenzo Nibali to win the Vuelta in 2013. 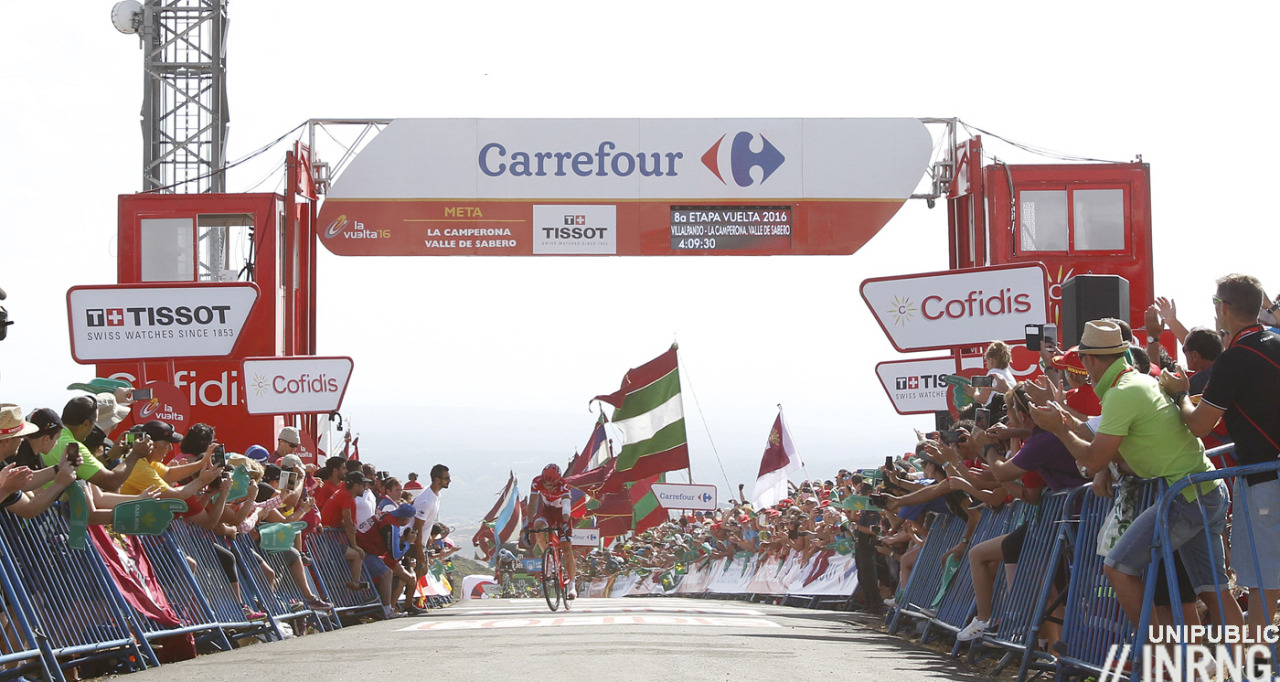 Stage 8 Wrap: a stage win for Sergey Lagutin, once upon a time he was the new Yaroslav Popovych, the U23 rider who could win Paris-Roubaix and climb with the best alike only just like “Popo” this promise never translated into matching pro results. A switch from Uzbek to a Russian licence saved his career, it allowed him to became a valuable helper at Rusvelo then Katusha. This time it was Colombian team mate Jhonatan Restrepo who did the team duties, leading up the climb and forcing others to chase. Restrepo may be Colombian but he’s a flatland specialist, a track rider but his efforts at the front might have just made the difference when Lagutin was able to sprint to the line.

Behind the GC contenders traded attacks. Contador began the day with questions over whether he’d start and began the stage looking like an Iberian version of an Egyptian mummy such were his bandages. No worries on the final climb as he and Chris Froome and Alberto Contador each had a go, their slow motion attacks indicating just how steep the climb was. Many had selected gearing of 36×32. Finally we got that Quintana attack and it stuck, he was the best of the GC contenders and rode into the overall lead. The Camperona is a deceptive climb, what looks like a small gap can take many seconds to close and once Quintana jumped away it looked like he wasn’t soaring away but in fact he was slowly grinding out an advantage. Within the space of a week the race is down to four contenders in Contador, Froome, Valverde and Chaves. Chaves was the loser on this stage, giving up almost a minute to Quintana. The Route: 164km and 2,685m of vertical gain as the race heads north-west towards Oviedo. A collection of third category climbs line the finish of which the Alto de la Manzaneda is the hardest, 3.6km at 6.9% while the previous climbs are all in the order of 3-4%. The Finish: the Alto del Naranco is listed at 5.7km at 6.1% but once you discount the soft first two kilometres it kicks up to 8% at times before easing to 6% for the final kilometre, an intense effort.

The Contenders: a breakaway? Few teams seem to have the ability to control the race and today’s route is ideal for a breakaway. Picking a winner here is a bit of a lottery but the climbing and especially the final climb reward lighter riders and specialist climbers. Three picks:

Astana’s Luis Leon Sanchez is the versatile pick because he’s proving strong and now that the team have lost their leader Lopez it’s up to the others to help hunt down a stage. Sanchez has won more downhill finishes but is riding well. If not then Andrey Zeits is looking strong.

Lotto-Soudal’s Bart de Clerq is in form and hunting for a stage now his chances of a top-10 overall have vanished. He’s solid on shorter finishes like today.

For an outside pick there’s Romain Sicard, the Basque rider with Direct Energie was an amateur when he won the pro Subida al Naranco race, the “Climb of the Naranco” so perhaps he’s been waiting for this stage for old time’s sake?

Weather: cool and cloudy with a top temperature of 21°C.