A likely sprint finish but an uncertain outcome. Mark Cavendish has proved the best sprinter so far yet each of his wins has been a surprise rather than an inevitability. With time and flat roads running out this is a high pressure stage for the likes of Katusha, Lotto-Soudal, Lotto-Jumbo and Direct Energie who all want and need a stage win.

Stage 13 Wrap: a sombre day after the attack in Nice. The publicity caravan turned the sound off and when the riders lined up in the start house the speaker simply announced their name rather than shout and cheer. The stage went to Tom Dumoulin and by some margin. The course might have suited him but he relegated the other time trial specialists putting a minute into Chris Froome. Movistar’s Nelson Olivera was the surprise third but he’s had strong showings before. Jérôme Coppel was at 1.35, Rohan Dennis 1.41 and Tony Martin over two minutes. In the second race for the overall classification Chris Froome put significant time into all his rivals. Bauke Mollema did the ride of his life – so far he’s having the Tour of his life – to limit his losses to Froome in seconds while everyone else were minutes behind. Froome has now proved superior uphill, downhill, on the flat, against the watch and he even runs fast. Mollema is looking good for second place but that’s far from certain and there’s an interesting race for the podium. We’re used to Team Sky controlling things for Froome but the likes of Mollema and Yates in second and third overall don’t have much support and we could see the likes of Romain Bardet, Richie Porte and Nairo Quintana attacking them.

The Route: north up the Rhone valley. There are some climbs but they’re no harder than 2km at 5%. The more the race goes on the flatter it gets and the final kilometres see the road gently rolling up and down past a landscape full of lakes. Apparently these lakes are a big deal for migrating birds. The finish is at the Parc des Oiseaux (Bird Park).

The Finish: the final 10km are easy to remember, first because it’s a copy of the finish used in the 2015 Critérium du Dauphiné – Stage 2 won by Nacer Bouhanni – and, second because it’s got one left turn with 5.7km to go, a right turn with 3.1km to go and that’s it. The road rises a falls a little. However this 2.5km section between the turns means a west to east run instead of the day’s northerly approach and exposes the finish to the crosswinds.

The Scenario: a likely sprint finish. The headwind won’t help a breakaway and several sprinters and their teams known their chances are limited.

The Contenders: a real dragstrip finish this is ideal for Marcel Kittel but is he ideal for the sprint? He’s not the certainty we imagined coming into this race.

Mark Cavendish is still in the race when we imagined he might have left. With the green jersey contest looking like it’s over no need to contest the intermediate sprint so he can save himself. With his win rate this Tour he’s hard to bet against but still doesn’t seem the surefire winner of old.

Alexander Kristoff looked a lot better in Montpellier than we’d seen him all race and Katusha are bound to work hard today to set up a sprint for him. Still one fifth place is not much to go on either.

Can André Greipel get that elusive stage win? Lotto-Soudal have their win thanks to big game hunter Thomas De Gendt but they’ll work to set up their sprinter once more. It’s his birthday which make his chances of a win no higher, just that more poetic.

Will Peter Sagan sprint? That crosswind section in the finish could be a sneaky place to get away but the weather will be calmer the further north they go meaning a less windy finish. Otherwise Dan McLay and Dylan Groenewegen are still in the mix. If you like omens or signs then maybe Bryan “Le Coq” Coquard will triumph in the Parc des Oiseaux.

TV: the finish is forecast for 5.10pm Euro time. It could be later given the headwind but the race but be started earlier because of the weather forecast.

Update: the start has been moved forward 15 minutes because of the wind. 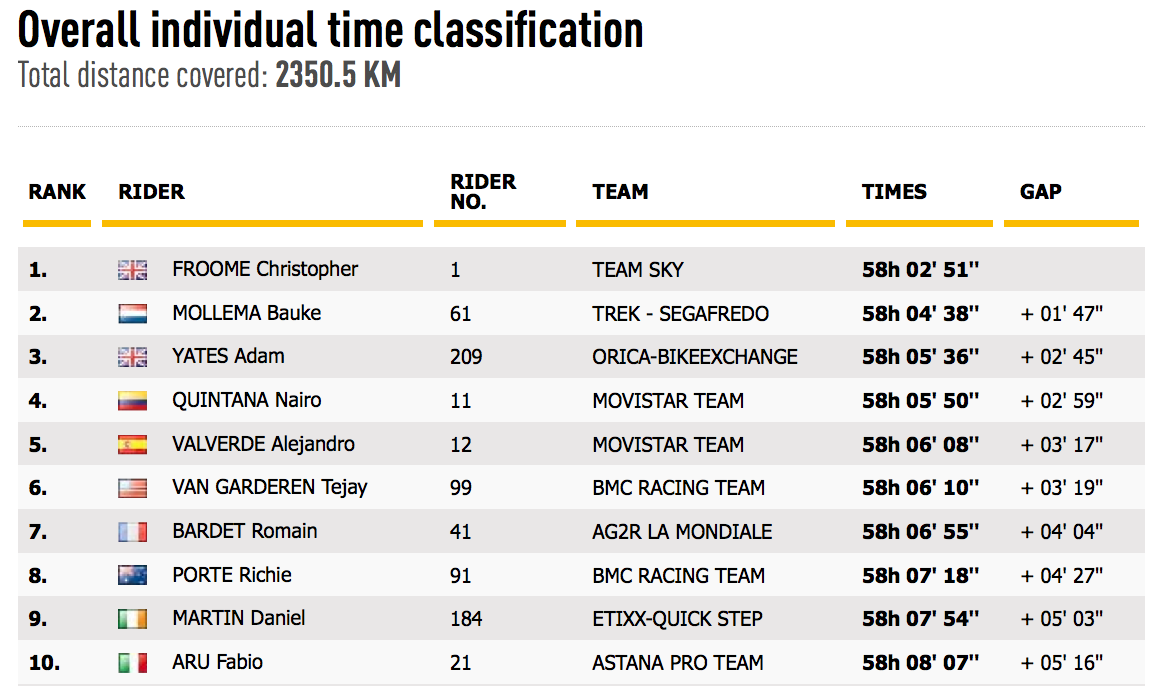