After the summit finish and the chaos here’s the simple inevitability of a time trial and the promise of an indisputable outcome.

The Route: uphill from the start with a steady 7km climb out of the town of Bourg St. Andéol. It’s on a big wide road, the kind where taking a direct line through the bends as it climbs up saves time, reminiscent of the Chianti time trial stage of the Giro, at least in the start.

Once at the first time check the road stops climbing and takes on a series of rollers, more up and down than the profile suggests. It’s here that the powerful riders and time trial specialists can turn a huge gear and hold a tight tuck.

At 22.5km they reach the Col du Serre de Tourre and here the tourist would stop for views of the Ardèche river gorge but here it marks the start of the descent down to the river. It’s fast and technical, a short tunnel first and then some bends, some of which are tight and require braking before reaching the valley floor.

The valley road isn’t flat and it rises and falls through the time check by the Pont d’Arc, a natural arch of rock over the river before, with 9.5km to go. From here it’s easy to think the course is almost done but they go through the town of Vallon with some corners and then leave the town on flat roads before a climb to the finish, list as 3.3km at 4.9% but measured as 3.4km at 5.6%.

The Verdict: 10% of the course is climbing and by extension an even larger share of the time taken will be spent climbing so this isn’t for the heavy-set rouleurs and at at the opposite end if it climbs the flat sections will see the climbers lose a lot of time. Expect lots of scenic shots from the second half of the course with the river gorges. The Contenders: this is the perfect course for Tom Dumoulin, a mix of climbing and fast roads. The Dutchman opted to ride the Tour de France with this stage in mind and has already won a stage along the way, proof all is well. The only concern is that he was working yesterday after team mate Warren Barguil got caught in the crosswinds. But so was everyone else.

Tony Martin got to work for Etixx-Quickstep. Once upon a time he was so dominant in the time trials that he helped keep stage previews short but these days he’s far from the certainty he used to be, his only time trial win this year was in the German championships and his last World Tour TT win was in the 2015 Tour de Romandie. Still here is a course to suit.

Another worker is world champion Vasil Kiryienka but his title says as much about the world’s and it’s slot as a late season event and a win seems improbable.

Can Fabian Cancellara win? He’s had a resurgent season in terms of TT results with Tirreno-Adriatico, the Algarve and the Tour de Suisse but all were shorter tests of brute force compared to this hillier test so his chances are lower. 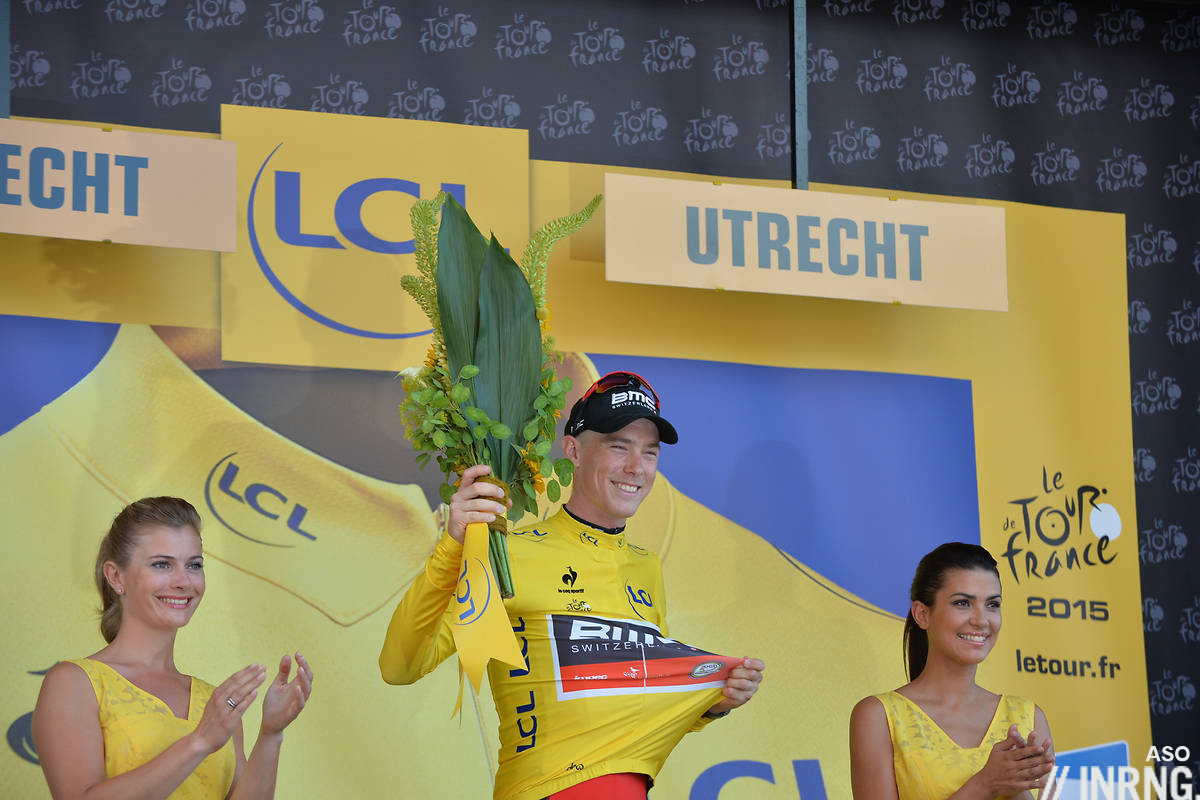 Next among the TT specialists is Rohan Dennis. A big talent, he took the yellow jersey in last year’s Tour but 2016 has been a quieter season, a win the Tour of California along the way but he didn’t topple any big names.

Now to Chris Froome. What will he do today, skateboard through the tunnel section? Amid yesterday’s shock and confusion he won the Tour de France, dropping Nairo Quintana with his two attacks and the only other competent time triallist in the top-10 is Tejay van Garderen who cannot match the pace in the mountains. The course suits Froome, don’t forget he ran Tony Martin close in 2013.

Among BMC Racing’s two leaders Richie Porte looks the better on the climbs so can Tejay van Garderen redress the balance here? Neither is racing each other but they can climb back up the overall classification at the expense of all the climbers in the top-10 right now. Van Garderen is seventh overall and could, should haul himself much higher up. 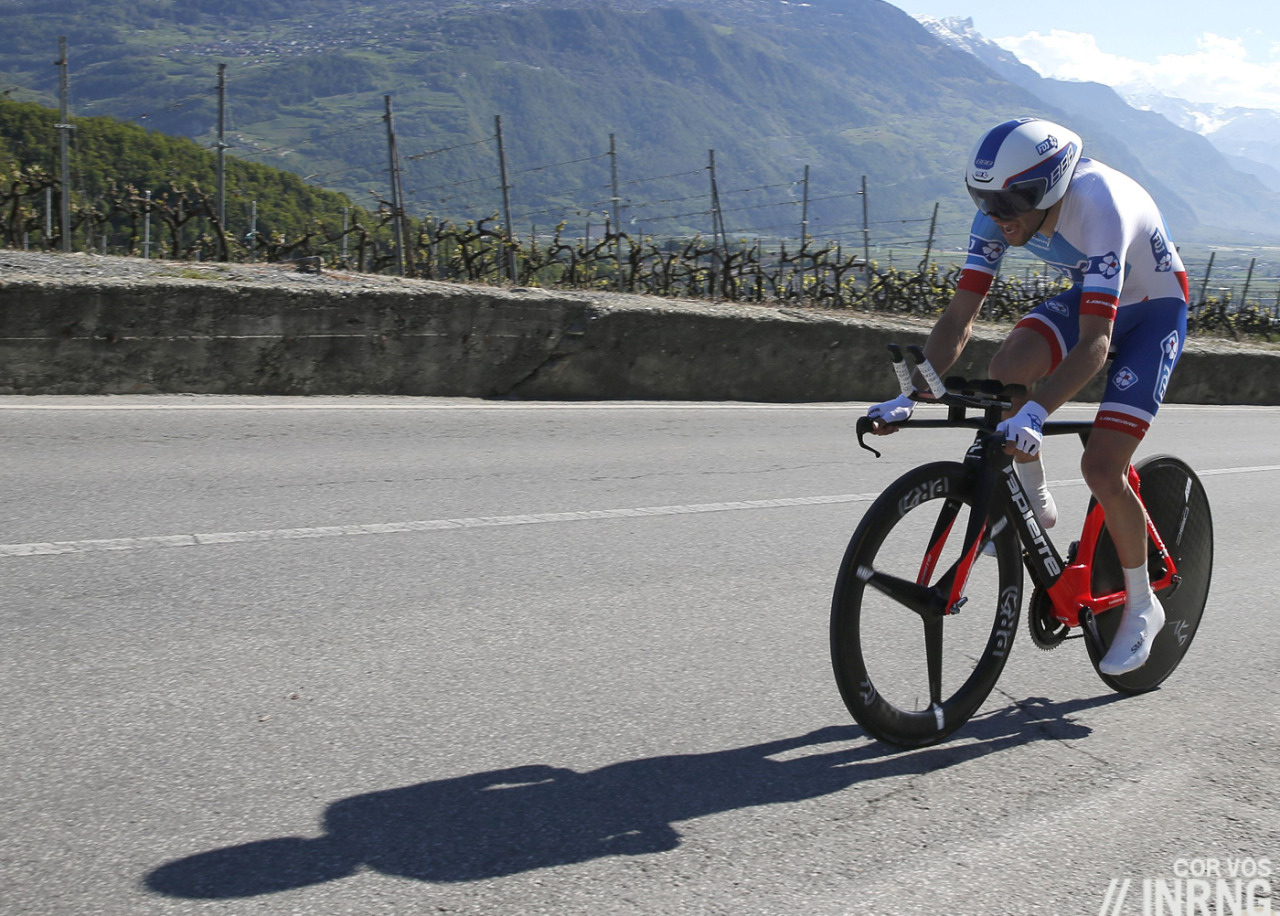 Among the other GC riders Nairo Quintana is good in a time trial but his climbing hasn’t looked sharp so his overall form is perhaps 100% either; we could see Ion Izagirre do a stronger ride. Thibaut Pinot‘s improvements in the time trials have been one of this season’s stories, he even beat Tom Dumoulin to win in Romandie, but he’s ill and so if he was expected to hold his own here it won’t happen now.

TV: riders go off in reverse GC order and the last rider is due in 5.25pm Euro time.