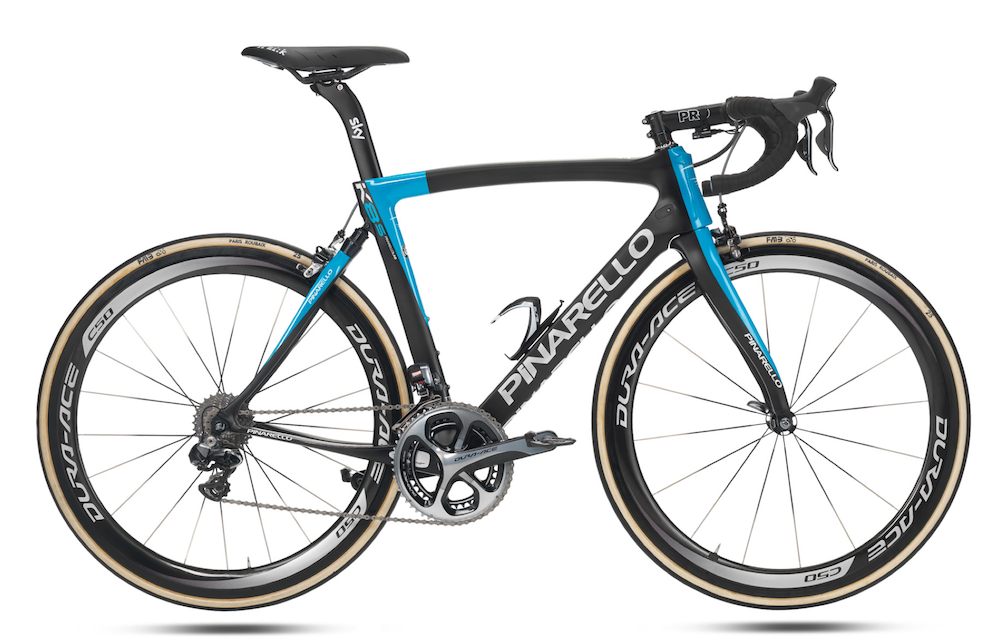 Here is the list of who is riding what in 2016. You’ll find all the pro team bikes for the 18 World Tour teams and the 23 Pro Continental teams. As usual it’s a mixed story with many top teams using the mix-and-match approach to parts in order to accommodate more paying sponsors.

Mix and Match: * asterisks above denote the use of components without sponsorship. Cannondale-Garmin, Etixx-Quick Step, IAM Cycling and Lampre-Merida are all using Shimano components but there’s no mention of the Japanese firm as a sponsor, partner or technical supplier on their websites. It might seem odd but several teams buy their own components, although it doesn’t mean ordering 80 groupsets online. They get trade prices or better from their local importer or distributor. This happens because the likes of Shimano only have so much money to spend on sponsorship and once they’ve covered seven teams they don’t need many more. Meanwhile other manufacturers keen on visibility in the pro peloton are willing to pay for this. Lampre-Merida presumably earn more from sponsorship by Rotor chainsets, Fulcrum wheels and FSA components compared to taking Shimano’s offer; the same with Dimension Data taking Speedplay pedals, KMC chains, Rotor chainsets and more. By contrast official sponsorship by Shimano, Campagnolo or SRAM often means taking the whole package from shifters and brakes to wheels and other components, all three produce wheels now, SRAM use the Zipp brand, and increasingly aim to supply every component on the bike. In short what you see on the bike is a usually financial decision which makes sense given many if not most parts are of a high quality today.

What’s old?
The still invisible FSA electronic groupset. The Taiwanese firm showed some prototype parts at the Tour de France but it’s yet to appear as an everyday item so some teams are still using Shimano components. Another missing product is disc brakes, Campagnolo are said to be working on them but there’s no visible product yet however the rush could be off given several top riders, like BMC Racing’s Greg Van Avermaet, have said they won’t use discs in the spring classics meaning the lack of product from the Italian manufacturer won’t be so obvious.

The ** asterisks are for two teams announced as UCI Pro Conti but oddly missing from the UCI website.

These might be second tier teams but there are some premium bikes here. Colnago remain in the sport with Gazprom- Rusvelo. Once they supplied the Mapei team, the super team of its day, now it’s a team you’re unlikely to see on television.

The list above is provisional and based on a mix of enquiries and trawling websites, Twitter and Facebook in the last few days and the info’s hard to compile, some teams have yet to update their websites for 2016 at all, let alone stage their publicity launch and announce their bikes. Suggestions for updates and corrections are welcome.