Oleg Tinkov has said he’ll stop sponsorship of the Tinkoff team and sell the squad at the end of 2016. There’s no surprise, Tinkov has openly said it was a possibility, once telling La Gazzetta Dello Sport that he saw his team as a “toy” which he could get bored with. He’ll go with a wake of headlines but could there be others?

Tinkov made a career of copycatting. From breweries to credit cards, he’s taken a successful Western business idea and introduced it to Russia. No mean feat to import, adapt and drive it but it’s all very different to buying a pro team: instead of pioneering he was simply following other billionaires into the peloton, an act of passion rather than capitalism. He told cyclingnews.com that he “tried to fight” but he was never in a strong position to lead the charge, just one team owner among others and even with the Velon group he didn’t have full support, culminating in him insulting the Tour de France’s Christian Pruhomme and Yan Le Moenner.

Look closer and there have been more clues to his exit with all the major riders on contracts ending next year with the exception of Peter Sagan and Rafał Majka and the neo-pros on obligatory two year deals: almost as if everything was being prepared for winding up except for two of the star riders with enough bargaining power to insist on longer deals. Gone is the talk of rivalling Team Sky, of rider development, “big data” and more, instead Tinkoff is a top-heavy squad Alberto Contador and Peter Sagan have been the stars but there are few other riders to carry the team, with the exception of Rafał Majka, part-leader, part luxury lieutenant. The squad includes many capable, experienced riders but few regular winners, indeed Sagan has barely more help in the team than he got at Cannondale and Liquigas. All this means that once Contador retires next year the team is going to need reshaping. Can they afford to hire another stage race star or does Majka step up? Peter Sagan is a phenomenon but while we celebrate his worlds win remember he spent most of the year being painted as a rival to Greg Van Avermaet for consistently falling off the top step of the podium and his spring classics campaign was summarised by the image of him in a ditch. In other words if the team wants to continue it needs to sign more talent and this is costly.

So Tinkov is selling. Reports vary on how much Tinkov paid and he’s talked about a “return on equity”. Only whatever he paid it was too much in cold analytical terms, he paid a premium to buy a fast route into the sport by taking over the team from Bjarne Riis rather than taking a year or two to build the team from scratch. Only with all team’s licences up for review at the end of 2016 it’s a buyer’s market. Anyone wanting to take over the team gets a a team bus, but like all vehicles this will have depreciated in value; presumably the team cars are on loan from partner Citroen. As for land there’s a service course warehouse but presumably this is leased. So all we’re left with is a team bus and a ton of tools and a hard to value network of staff contracts and ethos plus Peter Sagan’s contract. Is Sagan an asset or a liability? He’s the sport’s best paid rider and needs to deliver in the spring classics and the Tour de France to match the cash spent on him. 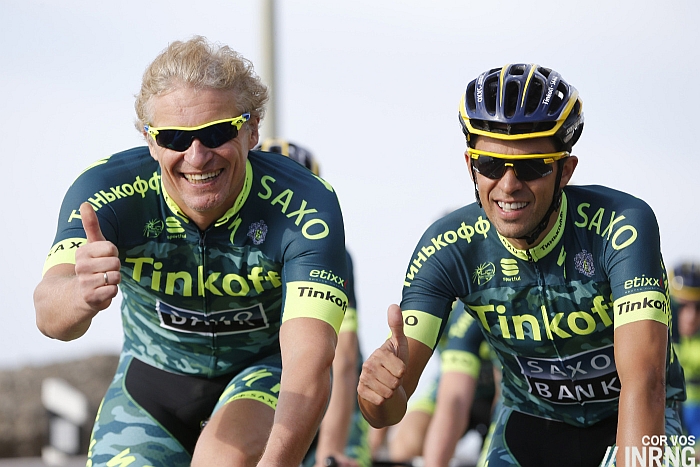 Tinkov will leave lamenting the teams’ collective inability to reform the sport. But we’ve never seen where the money could come from. Onboard cameras are fun but ask yourself how much you’d pay per view? There’s the answer: they’re not worth much. Serving VIPs and paying punters is still an untapped market with a range of ideas in return for access still largely unexplored but hardly a gold mine either. TV rights are seen as the big issue but as explained in more detail in The Problem With Revenue Sharing, even if ASO decided to pay away half of its revenue to the 18 World Tour teams this would amount to €3.8 million per year per team or about quarter of a team’s budget. Now that’s serious money but not game-changing. More importantly it’s a fantasy idea since ASO wouldn’t pay out half of its revenue; and it couldn’t because it’s got a business to run. If ASO decided to pay out half of its profits instead, teams would collect €860,000 each, an irrelevant sum but still fantasy to imagine ASO charitably donating its profits to teams reliant on the platform offered by the Tour de France to attract their sponsorship.

Certainly all this is static and based on cutting up the existing cake instead of baking a bigger one or changing the recipe. The recent announcement by the UCI of reforms to the World Tour which look a lot like the existing system mean big changes are not coming yet. 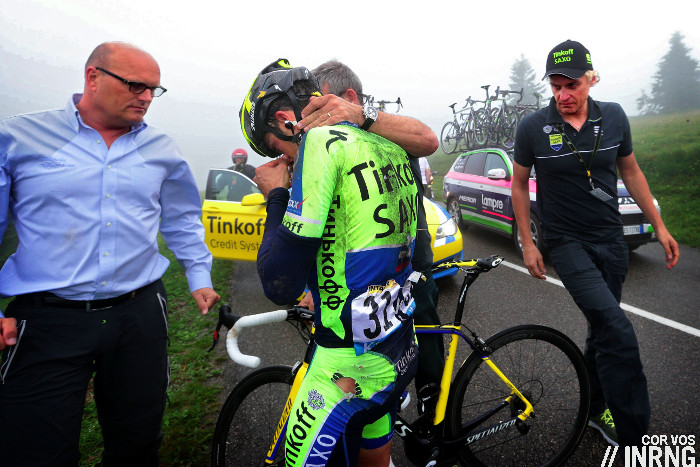 Tinkov isn’t the first to leave of course, many businessmen have come and gone. Most recently Team Leopard saw Luxembourg’s Flavio Becca fund a team with the idea that winning races would make the real estate on the team’s jersey so valuable that sponsorship and merchandising income would exceed the team’s wage bill. Only Becca’s vanished.

Which bring us to other team owners. In recent months Katusha owner Igor Makarov has said he can’t fund the team in perpetuity, while BMC Racing’s Andy Rihs is also mulling how long he can back the team, based on numbers from two years ago the squad’s budget was a quarter of BMC’s sales revenue, put another way the team costs more than BMC can make in profit. IAM’s Michel Thétaz wants a sponsor to help fund the team. Looking ahead Belgian tycoon Marc Coucke’s sold Omega Pharma and more interested in football now. Are we heading for the sugardaddy shake-out?

The UCI’s World Tour reforms remain to be seen given there’s a only a press release to go on. But if teams have to opt for three year licences then how many owners want to be liable for their team from now until the end of 2019? The irony is that rules designed to increase “stability” could be encouraging team owners to head for the exit. In turn this could drive down rider wages and make the sport more accessible for a new round of wealthy owners and corporate sponsors alike.

Conclusion
Tinkov is not out of the sport yet, he’s got at least a year left and since he’s so passionate about the sport it’s hard to imagine him vanishing even if his team folds. He’s surely the most visible and high-profile team owner, a showman as much as a businessman. He’s spent a fortune on a team that probably requires more money. Now the new UCI reforms could require team owners to commit for three years and the lack of other changes could be the final straw. But look at the team and its contracts and previous statements and even tweets and Tinkov has been going cold on the sport for some time. Losing one controversial team owner is a talking point but there are structural problems ahead if he’s the first of several sugardaddy team owners to quit.