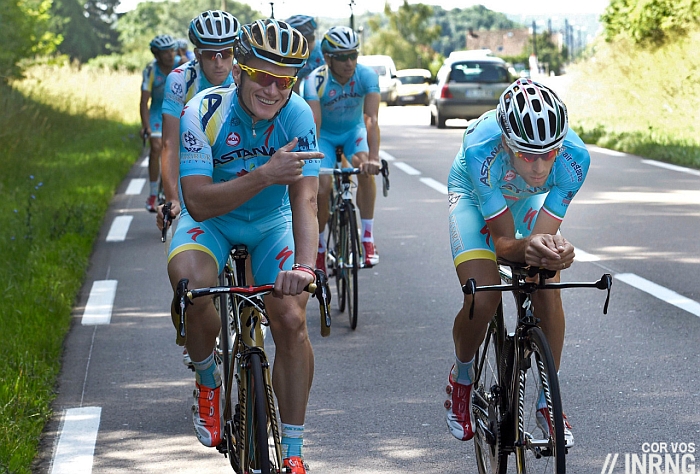 Update: Astana do ride on and the UCI will continue to monitor the team for the rest of the year. The reasoned decision of Licence Commission will be published in due course says the UCI.

A second round suggests this is not a slam dunk case. If it was then a review of the files and an obligatory hearing would have been enough to remove the team from the sport. What happens next has been a regular question by email in recent weeks but the rules aren’t clear and the outcome is more uncertain. Here’s a look at the case and some potential outcomes…

The Story So Far
As a reminder Astana had two EPO positives with the Iglinskiy brothers and their associated U23 team had a slew of positives too. Last December the team was awarded a World Tour licence for 2015 on the basis that it signed up to a special audit by the Institute of Sport Sciences of the University of Lausanne (ISSUL).

ISSUL guidelines
The ISSUL practices are set to become a core part of the proposed UCI cycling reforms, compulsory for all teams in a few years and revolve around operational and managerial elements in the way teams work with a view to creating a culture that supports riders rather than leaving them vulnerable to quack doctors and quick fixes from a pharmacy. For example riders are supposed to have a designated coach; team doctors should not be coaching; riders should be given a race programme, training blocks and recovery periods. If you want more, see December’s The ISSUL Performance Criteria and remember this is about practices witnessed in 2015 not the accumulation of bad news last year although the point is that the audit is meant to examine the culture in a team which could lead to riders doping.

UCI Bombshell
Boom went the UCI press release in February after L’Equipe broke the story that the team’s licence was in jeopardy following the ISSUL audit:

“After careful review of this extensive report, the UCI strongly believes that it contains compelling grounds to refer the matter to the Licence Commission and request the Astana Pro Team licence be withdrawn.”

Note this wasn’t about a few issues to address and helpful recommendations but the nuclear option of taking down an entire team – including the Tour de France winner – and going public about this too.

Since then we’ve seen activity on two fronts. First is the procedural with the UCI requesting its Licence Commission reviews the case, convening a hearing and giving the Astana team management due notice. The Licence Commission is independent of the UCI, it doesn’t sit in the same offices and is run by three heavy hitters rather than Aigle pen-pushers. The whole point is to ensure team licences are awarded independent of UCI staff opinion which brings us to the second front, the public relations and political aspect. The independence has been in the spotlight recently with the twin attacks by Renato di Rocco and Igor Makarov on the topic. Both lamented that they weren’t in the loop when it came to the decision to review Astana’s 2015 licence. Makorov has reason to be nervous given the Padova investigation concerns some of his Katusha riders while Italy’s di Rocco rushed to the Kazakh defence days after the Kazakhs inked a deal with the Italian federation for mutual support. But both complaints look confused and self-interested. The whole point of the Licence Commission is its independence and the rules specifically say “UCI administration” can refer a team to the Licence Commission rather than requiring Management Committee approval. Licences are supposed to be awarded without interference from UCI officials representing their home nations and personal interests.

There have been wider PR and prayer attempts to salvage the team’s image. Vincenzo Nibali, via his lawyer, has taken to writing letters about him being a “symbol of cleanliness”. He has had words to say on the topic before which puts him ahead of many in the peloton but is he really the icon, the totem, the face you picture when it comes to sporting saintliness? Actually it doesn’t matter because the licence hearing isn’t about Nibali and how others perceive him, it’s about the team’s management and their policies and procedures. Christophe Bassons was the symbol of anti-doping while riding for Festina.

Why so long?
If the UCI and the ISSUL audit found something so stinky the team has to be stopped then what are they doing in the sport is the frequently asked question? Well there’s due process. Everyone wants this to be cleared up fast including Astana who want to stay in the sport without the damaging coverage and the Damoclean fear of unemployment. However these procedures take time. Hearings require preparation and the all-day session in March wasn’t enough to handle everything so they’ve adjourned for more time and another hearing is due to today. Swift justice is a good idea but it can’t be rushed, if the UCI got too hasty this alone could be grounds for an appeal to the Court of Arbitration for Sports. Still it shows the private assurances given by Brian Cookson to Giro boss Mauro Vegni that this would be settled before the race begins are questionable or at least demonstrate that Cookson doesn’t control the timetable.

The Rules bit
Taking a licence away isn’t obvious. The rules state a licence can be withdrawn if false information is provided to obtain the licence and various clauses reflect this (rule 2.15.040). But crucially when a licence is awarded it is done so on the basis of the information available at the time and there’s no provision to make a licence provisional so Astana could exploit the angle that it was unfair to impose this conditionality on them alone.

If the three member Licence Commission does rule than it’s by majority so two concordant verdicts have to be signed off along with a justification. These hearings are held in private. So what’s next?
This part could be better served by a flow chart but let’s walk through the options: 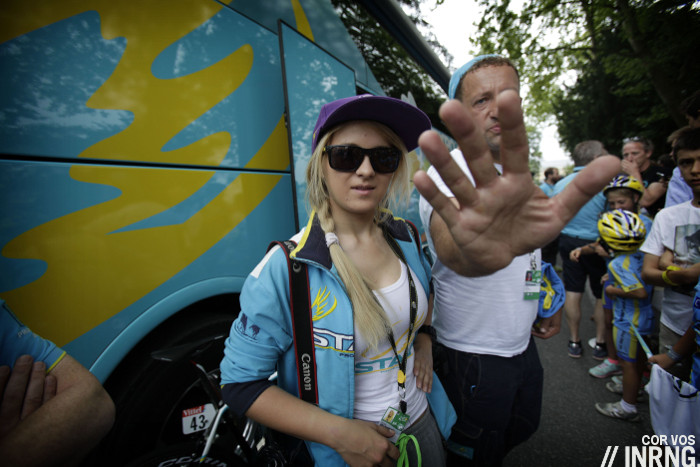 Conclusion
Even if the outcome remains a mystery hopefully this helps as a pointer to explain some of the issues from the audit principles to the various scenarios for appeal, the lack of relegation or what happens to the riders.

As things stand Astana could well continue. If the UCI had a slam dunk dossier then the team would have been stopped already. Perhaps the delay is due to patience and thoroughness as the UCI Licence Commission has been humiliated over the Katusha case: ruling one way and then being reversed at the CAS. It cannot afford – morally or financially – a repeat of this and so will be keen to give Astana every opportunity to exhaust its case before ruling.

As for the UCI its February press release came as a bombshell but it hasn’t blown anyone away since. It has flushed out senior UCI members like Di Rocco and Makarov who appear to be ignorant of the UCI’s own rules as they complained about a lack of consultation yet the very point of the Licence Commission is to keep them out of the loop. Others have suggested the UCI is posturing, that Brian Cookson wanted to look tough and at least try something in public. That seems too far fetched because to take a stance and then get over-ruled would look terrible for him and putting a top team in jeopardy just to look good is no way to run a sport.

We’ll see what emerges in the coming days. The most likely scenario is that the saga rumbles on at the CAS, the end point of so many UCI rulings in recent years.

Previous post: The Moment The Race Was Won – Flèche Wallonne