In Praise of the MPCC

The Mouvement Pour Un Cyclisme Crédible or MPCC is sometimes the butt of jokes but what if we celebrated its achievements and laughed at those who try to mock the sport?

This group of teams has grown and led the way on anti-doping policies, often seeing the UCI copy the rules later on and taking a stance to safeguard rider health too.

The MPCC was founded during the 2007 Tour de France by seven teams wanting to create a tighter set of rules than the UCI or WADA Code when it came to anti-doping and ethics. It’s a voluntary, self-regulatory body. Members sign up and agree to stick to rules which go beyond the UCI’s standard. These include:

There have been other initiatives like the “no needles” policy which looked eccentric but today the UCI has adopted it, banning any injected vitamins or drip-infused recovery products. In the short term it helps avoid the embarrassment of raids on teams revealing seized syringes (hold the front page!) even if these later turn out to contain Vitamin B (page 97) but longer term the message is clear, that nobody needs to inject medicine or vitamins to compete.

The genesis of the MPCC suggested a problem, teams had to agree higher standards than the WADA/UCI rules in order to show their faith in cleaner sport.

The problem of late has been the rush of teams to join in the hope they can get a slice of the supposed credibility. But any reputational gain is only as good as the collective efforts of the members. Signing-up is easy, the test comes when a crisis hits. Lampre-Merida passed one test when they stopped Chris Horner from riding the Vuelta last year because of his cortisol levels; this doesn’t mean the team is saintly but it does show it can make tough choices. Which brings us to Astana team boss Alexandr Vinokourov who seems to miss the point of the MPCC in this quote from Cycling Weekly when bemoaning some teams aren’t present:

“Teams like BMC and Team Sky talk about doping but they refuse to join the MPCC. How harmful is that for the image of cycling?“

Let’s not chuckle too much at this cherry-picked quote but there is the obvious point that cycling is damaged by scandals rather than the failure of some teams to join a self-regulatory association. Vino is right, it would be good if Sky and BMC Racing joined the MPCC to ensure a more level system especially when it came to the use of cortisone; or if they don’t want to join, why not adopt the MPCC rules on cortisol and rest? 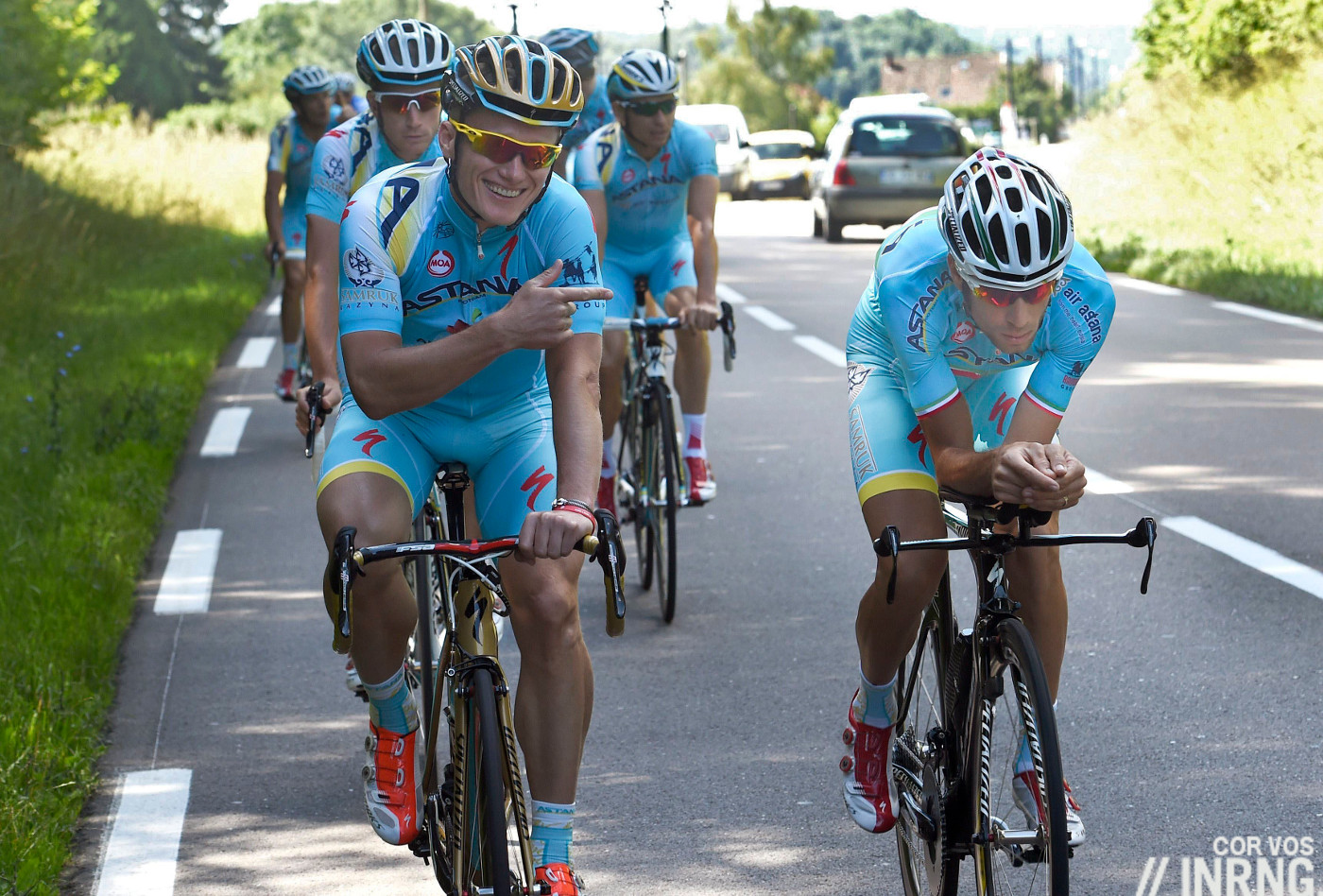 Toothless Tiger?
The MPCC’s taken a hit over the Astana scandals and the way the team seemed to engineer the timing of announcements to ensure it could race in particular events like the home Tour of Almaty before assuming a self-suspension. The trouble here is proving Astana did anything wrong: sure the timing looked very cynical but a group based on regulations has to follow rules rather than appearances and short of incriminating emails or else, there’s little to be done. Besides if a team is gaming the institutions it relies on help bolster credibility then the joke is on the team.

Abolish the MPCC
Ideally the MPCC should be abolished, but for positive reasons because the UCI has adopted all their rules: “mission accomplished”. The UCI has imported MPCC ideas already, we’ve mentioned no-needles above but the new anti-doping rules for 2015 sees the UCI imposing suspensions on teams for multiple doping cases. Where the MPCC goes, the UCI follows.

Conclusion
If it didn’t exist we might have to invent it but now it exists we want it abolished. The MPCC needed to be invented to bring in stricter and healthier rules. Now these rules exist surely the UCI should adopt them and effectively put the MPCC out of business.

Until then it’s easy to mock the MPCC as powerless, a cloaking device exploited by dodgy teams but better it exists than not. If you have an issue with teams or individuals trying to borrow any credibility held by the MPCC and its members then your problem is really with those trying to exploit and their lack of credibility as opposed to those who’ve worked to improve the standards. Already the MPCC has got the UCI to change and improve several rules and hopefully one day the MPCC will stop with the UCI adopting the same standards.