War, What is it Good For?

Think of the First World War and you might conjure up black and white images of trench warfare from Northern France. This year has seen centennial commemorations for the anniversary of the outbreak of war in Europe. We saw the Tour de France take part with a route that passed memorials and battlefields. The dutiful ceremonies across much of Europe are important and remind us of the devastation.

But the war was fought across Europe and beyond and includes the Alps. Nothing offsets the devastation and loss of life but combat needs saw the establishment of new mountain passes and more accessible routes across the mountains. Today many roads used by the big races and cycle tourists were built out of a military imperative.

Some mountain passes have existed for thousands of years, a means for humans to cross from one valley to the next or even a obvious funnel for wildlife to do the same. But with the advent of human activity and trade more people needed to cross the mountains. But not everyone was allowed to cross and in time the mountains took on a defensive aspect, a natural block to invading armies, especially in winter. See Felix Lowe’s Climbs and Punishment for a sideways take on Hannibal’s crossing of the Alps. 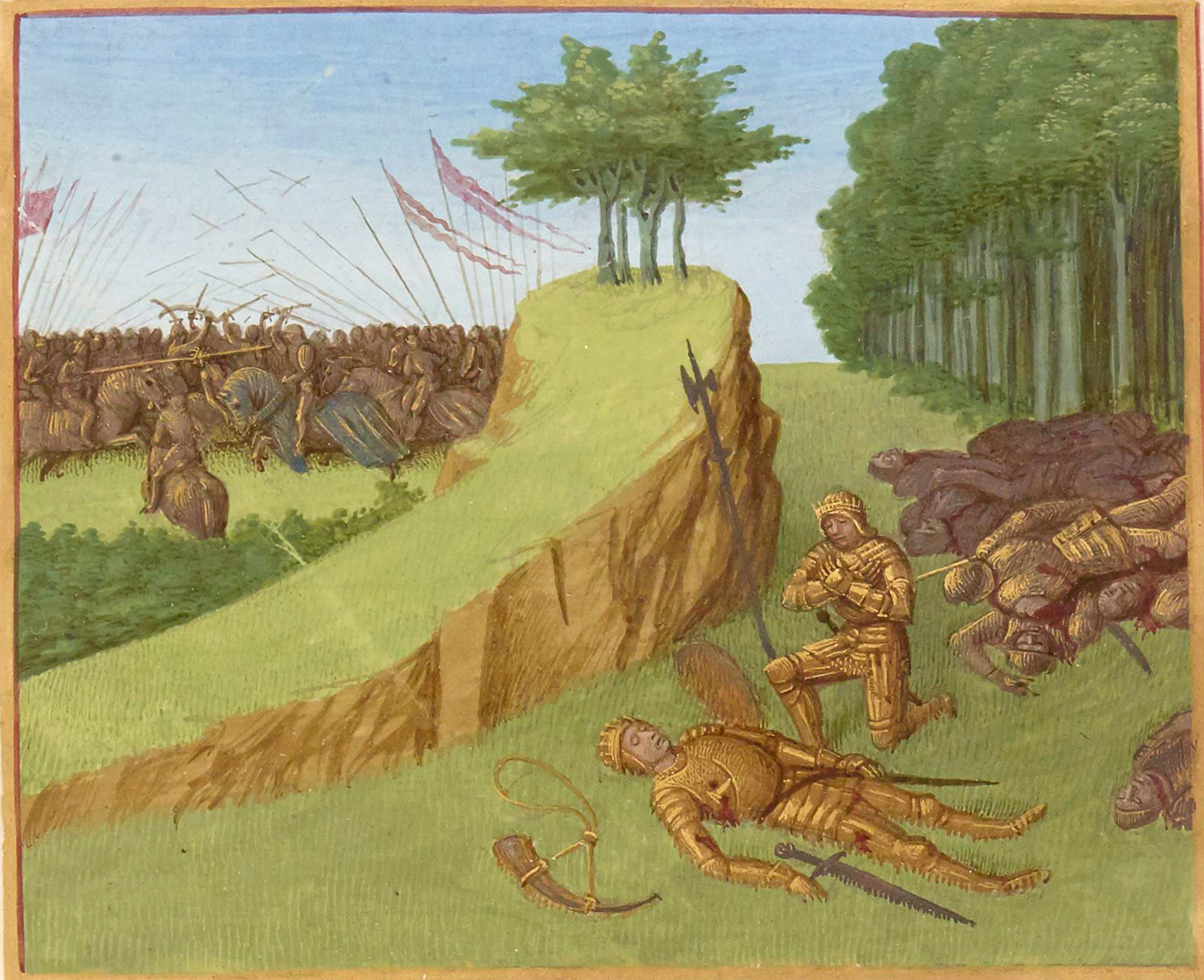 Since then tribes and nations had fought in the mountains, the illustration above captures Roland’s defeat in 778 on the Roncevaux Pass in the Pyrenees. But it was really the advent artillery in the late 18th century that changed everything. A Frenchman called Jean-Baptiste Vaquette de Gribeauval helped issue common specification for cannons allowing them to be mass produced across France. His consistent set of rules for weaponry allowed more to be built and Napoleon went big on this, artillery proving to be an essential part of his successful strategy. But if infantry and cavalry could cross the mountains on rocky paths, these cannons could not. “Nothing is impossible” said Napoleon and by ambitious decree the mountains were opened up by a series of paved passes. Crucially these had even gradients and wide hairpin bends so that horse-drawn artillery could cross. 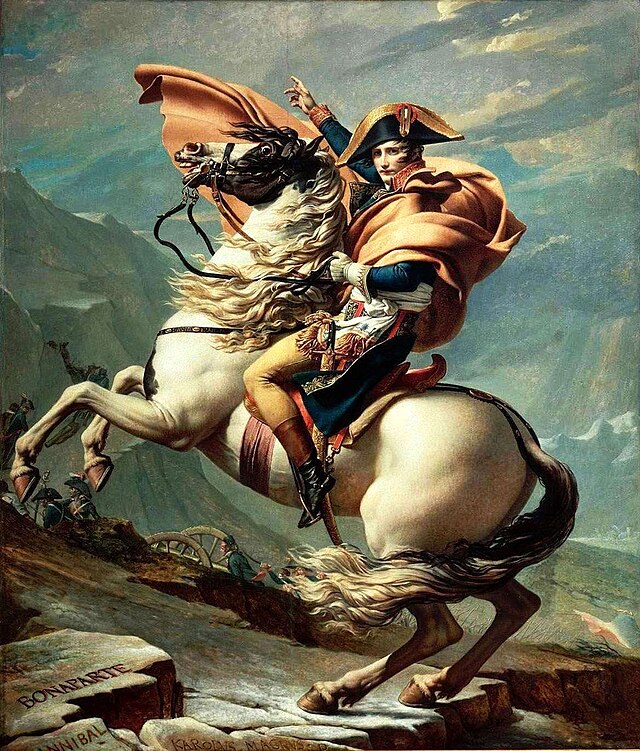 Actually he rode up on a mule, the military equivalent of a triple chainset?

The Col du Simplon in Switzerland is a good example of a Napoleonic mountain pass, he ordered the construction of the route in 1801. This and other climbs shouldn’t be confused with the route taken by Napoleon on his return from exile, the Alps have a signed Route de Napoleon. Similarly Napoleon’s celebrated portrait on the Great St Bernard Pass (pictured) commemorates a crossing of the Alps when the artillery was broken down into component parts and men and mules were used to carry rather than wheel the equipment over the Alps.

Today is Armistice Day in Europe and to commemorate the First World War we can think of the Passo San Boldo in Veneto, Italy (pictured at the top of the page). This was a steep pass but in 1918 a forced workforce of prisoners of war, children and the elderly were pressed into work for the construction of bridges and tunnels in order to make a more level ascension leading an astonishing piece of work with a series of hairpins built into tunnels, like some giant version of a child’s marble run. Wikipedia sums it up:

It is nicknamed the “Road of 100 Days.” Prisoners of war, the elderly, women, and children of the local population were pressed into service to build it. In its final construction phase, 1,400 workers worked in three shifts to build this strategically important connection. Despite the extreme topography, the requirement that the road be used for transporting heavy artillery and supplies meant that the grade could not exceed 12%

History like this reminds us of the hardship, free-wheeling through hairpin bends seems careless, flippant but at least something good comes out of it all. Other roads were built across Europe to service blockhäuser. A blockhaus was a military term borrowed from Germany in France, Italy and beyond to describe squad forts high in the mountains. The Col de la Bonnette at 2,715m is a useful case study. First used as a mule path it was widened by Napoleon in 1832 and declared an “Imperial Road” in 1860 at a time when many other roads and trails in the surrounding areas, like the Ubaye valley, were also subject to extensive military engineering. The existing route today isn’t Napoleonic but the product of the Second World War and France’s defensive preparations, with the Alpine extension of the Maginot line seeing military defences built high on the mountains between 1934 and 1938 with the roadworks following although they were interrupted by the outbreak of war in 1940 and fully completed until the 1960s when the Tour de France quickly visited.

Summary
War’s not good for much but many roads used by races and tourists, especially in the Alps along the Italian borders, were built out of military imperative for the specific purpose allowing horse-drawn cannons to cross the mountains over a period ranging from roughly 1800-1940.

Built for war, today the roads sustain more peaceful activities like sports, tourism and trade. The only battle is between you and gravity.