A 13.7km time trial in Utrecht. The flat route suits the specialists and we’re likely to see Tom Dumoulin up against Tony Martin for the stage win while the GC contenders will aim to contain their time losses.

The 2015 Tour de France starts in Utrecht and the next day’s stage heads out to the coast for a perilous stage in the crosswinds. It’s a touch too early to get a weather forecast but it’ll be a high risk stage on the calmest of days. Beyond this the race will head to Antwerp in Belgium and then the race route is unknown. Could we see a stage into Germany? Or perhaps a race to Huy and its infamous wall?

The only certainty of the route is the finish in Paris but over the next weeks and months info is likely to leak out, you’ll find many of these are collated on the Velowire blog. It’s testimony to the Tour’s hold on our imagination that no sooner has the race ended that we look forward to the next edition.

Alpe d’Huez seems to be back on the route. That’s normal as the ski resort tends to appear on alternate years and it offers a classic summit finish. But it could be overshadowed by talk of a summit finish on the Col de la Bonette, 2,715 metres above sea level, an altitude to beat the previous record of the highest ever finish of the Tour set on the Col du Galibier. Local TV also cites a tribute stage to the 1975 Tour de France stage win by Bernard Thévenet at Pra Loup when Eddy Merckx wore yellow jersey for the last time before Thévenet beat him to win the Tour. If this is true it could include some of the legendary climbs of the southern Alps that have been skipped for years.

There’s also talk of finish by the Glières war memorial in the Alps, recently visited by the Tour de l’Avenir and even use of a gravel road to ride past the site but were this to happen the Tour’s presence is often enough to get roads built, see the Port de Balès in the Pyrenees for an example of this.

However much we speculate it seems ASO have now got the winning formula by which they’ll exploit the local geography as much as possible to make a stage more interesting, the race is no longer afraid to tackle a steep and narrow hill on the way to the finish and a day in the mountains is made more exciting by making sure the stage lasts a few hours as opposed to half the day. Similarly we’re likely to get more time trialling in 2015 but not so much that the GC contenders are prised apart by the stopwatch, the race prefers to see gaps created by attacks and accelerations.

The full route of the Tour de France will be unveiled in Paris on 22 October. 341 days to go before Stage 1. 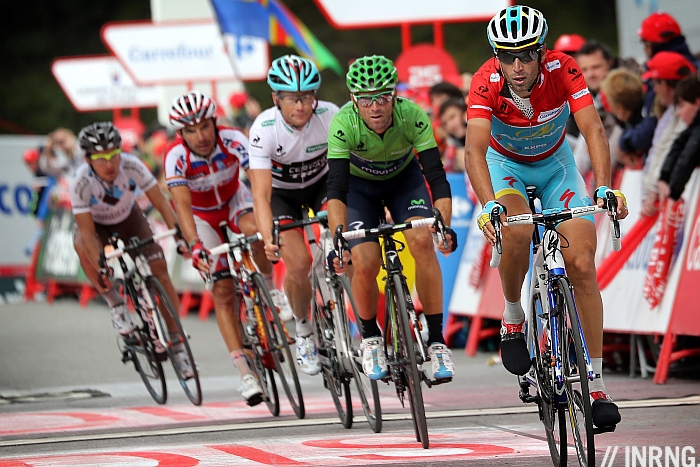 But there’s no need to wait a whole year and project into 2015. August can feel like a lull in the season but it’s actually the busiest month of racing on the calendar in terms of race days plus there are the post-Tour criterium “races”. You can download a calender of all the pro races at inrng.com/calendar because there are two many races to list. There’s the Tour of Poland and its roadside inflatables, the Tour de l’Ain where Mark Cavendish starts racing and often a good discovery race for new talent – an amateur Warren Barguil was mistaken for a Colombian – and the Vuelta a Burgos is the race to judge form before the La Vuelta.

The Vuelta is less than four weeks away, a promising revenge race although for all the big names due to start, how many will be in form and up for the race will be revealed in the first week with the climb of Cumbres Verdes on Stage 6 and the Stage 9 summit finish at Valdelinares.

Previous post: The Moment The Race Was Won: The Tour de France