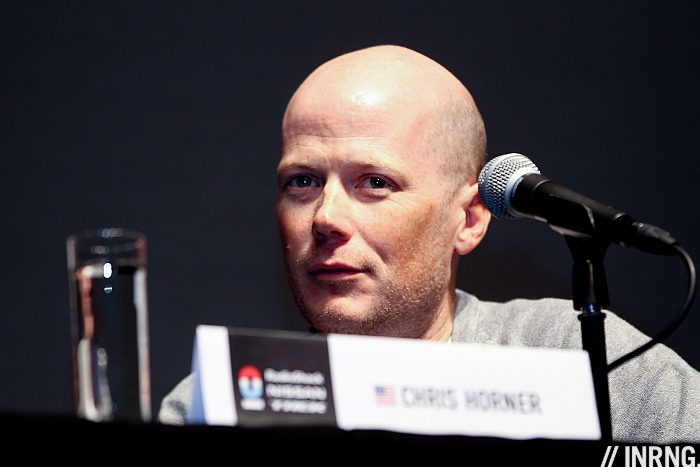 Chris Horner’s jobs saga is over with a one year contract with Lampre-Merida being announced today and so he’ll start his 20th season as a pro. It’s a triumph for his new agent Baden Cooke who is getting a lot of publicity out of the deal, valuable since he’s setting up a new agency. It’s the second time this week news of a big deals has emerged with Peter Sagan’s reported agreement to join the new Alonso team for 2015. Normally agents work in the background so here’s a quick look at their role.

At the simple level the work is what you’d expect with the agent contacting prospective employers to place their client. It makes perfect sense as the rider can concentrate on what they are good at, namely training and riding rather than polishing CV and knocking on hotel room doors. But the work can involve plenty more. Typically a rider agent will handle other contracts, for example riding a criterium or the shoe and sunglasses contracts signed by many riders.

Funnily all those “thanks for the shoes” tweets you see with a photo of the shiny shoes always crop out the pile of cash that comes with the deal too.

Some agents offer plenty more from handling social media accounts and website design to financial advise on where to invest their earnings. At the top of the sport we see some big names with large agencies. For example Fabian Cancellara used sports marketing giant IMG and is now with InfrontRingier, Mark Cavendish has Wasserman who more often represent the stars of the NFL and English Premiership. Meanwhile Bradley Wiggins goes beyond the sporting sphere and into celebrity culture with the select agency XIX Entertainment who represent David Beckham and Lisa Marie Presley. Many don’t use agents, for example Sylvain Chavanel or Pierre Rolland negotiate direct to save on the fees.

There are 76 UCI-approved agents with freshly retired South-African sprinter Robbie Hunter the latest addition. A forceful personality, Hunter could be a fearsome negotiator but for now he’s working as a manager with Garmin-Sharp so presumably he’s yet to handle any clients. Some agents have more clients than others. They often work on linguistic lines with Andrew McQuaid handling many English-speaking riders including Richie Porte, Taylor Phinney and Joe Dombrowski; Alex Carera represents many Italians including Nibali, Paul de Geyter covering Belgium with Tom Boonen, Michel Gros handles many French clients and Amsterdam-based SEG International represents many Dutch-speakers.

The fees vary enormously and so does the service. 10% is typical but sometime it’s free: one agent has taken on neo-pros for nothing. It sounds generous but makes perfect sense because it generates loyalty from the rider to their agent and above all, a rider’s first contract is often their cheapest. If their career works out the agent will get a percentage of plenty in the years to come.

UCI-approved
The UCI introduced regulation at the start of 2012 requiring all agents to be approved and registered The regulation came in the wake of several incidents upsetting team managers. Approval is easy, sit an exam and a practical module held in the summer where the questions relate to chunks of the UCI rulebook that relate to contracts, transfers and other relevant points. It’s useful having an approved list and once an agent passes they have to assume professional indemnity insurance to ensure if they mess up there’s money to pay for the mistakes. But it’s not foolproof and any transfer shenanigans happen below the radar anyway.

UCI Rules vs Real World
UCI regulations are fine but they must co-exist with the certainty of employment law and the incendiary power of big money. Take the case of Peter Sagan and reports of a deal worth €3.3 million with the new Alonso team for 2015. If his agent Giovanni Lombardi has brokered this it can’t be official yet because no rider is allowed to sign a contract with a new team before 1 August under the UCI rules:

2.15.120 For any change of team between two seasons, the transfer period extends from 1 August to 31 December… …A UCI ProTeam or licence applicant may only recruit riders during the transfer period. For the purposes of this article «recruit» shall be deemed to mean concluding a contract with a rider to ride for the UCI ProTeam or licence applicant’s team.

Recruit is the active word and everything can else can be done to prepare a deal. It has to be this way as a big name and a top team cannot afford to wait for the UCI’s 1 August date to start work on a contract for the upcoming year. The team must act early and sign riders now because waiting for August is a gamble, a late scramble. We don’t know the Sagan deal but I suspect all that’s missing is the signed UCI contract with side letters and other agreements in place to ensure everything is ready to sign. It’s common with the big riders, the kind you build a whole team around. Vincenzo Nibali moved to Astana in 2013 with a deal reached early in 2012. Some deals can be done even further in advance. I think it was the Humans Invent podcast that mentioned Rigoberto Uran’s move from Sky to OPQS was agreed during 2012. 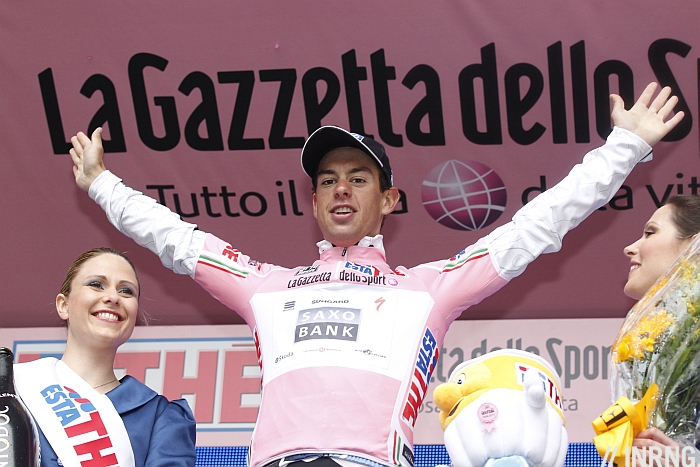 But the early planning can prove disruptive. See Bradley Wiggins who wanted to get out of his contract with Garmin to join Team Sky which got settled by a large payment to the US team in order to release Wiggins from his contract. Or take the case of Richie Porte’s contract with Saxo Bank, he’d joined on a modest salary but time trial wins in the Tour de Suisse and the maglia rosa in the Giro saw his value shoot up. But he was tied to the existing contract and team manager Bjarne Riis was blaming his agent Andrew McQuaid for tension in the team. You can see both sides with a team manager wanting their rider to stay especially of on cheap terms but the rider wants to get paid according to their going rate rather than ride for peanuts. A contract has to be respected but so does a rider.

Transfer market
Cycling doesn’t have a transfer market although there have been cases of riders buying themselves out of contracts. The whole area could change as I understand the UCI is exploring changes to this so that teams can trade riders under contract, perhaps even mid-season. Agents will love this as the rate of transactions goes up as “assets” get bought and sold more regularly. The more deals, the more fees.

Cooke, agent of loose change?
Back to today’s news and Tour de France green jersey winner Baden Cooke’s been representing Horner, working the phone to get him a ride. “I had to start cold-calling people left, right and centre” he told Ride. He has yet to sit the UCI exams but this doesn’t mean he can’t work for Horner and others. The rules allow three exemptions:

Given Cooke is neither family nor a lawyer we can only assume he’s scrupulously respecting the UCI rules and has generously worked for free.

Conclusion
Baden Cooke’s succeeded where others could not and placed Horner in a World Tour team, a high profile move. But usually agents act behind the scenes, negotiating in private – in fact this is what Cooke was doing until Velonews got the scoop. The work and fees vary, a neo-pro contract is usually a copy-paste job from before so there’s little work to be done but the stars of the sport have complex arrangements with payments for image rights, product endorsements and more.

There are also a range of other agents. Having covered rider agents there are others who handle sponsorships on behalf of corporate clients, signing up pro teams to use their brand of tires or saddles.