Roads to Ride: The Champs Elysées 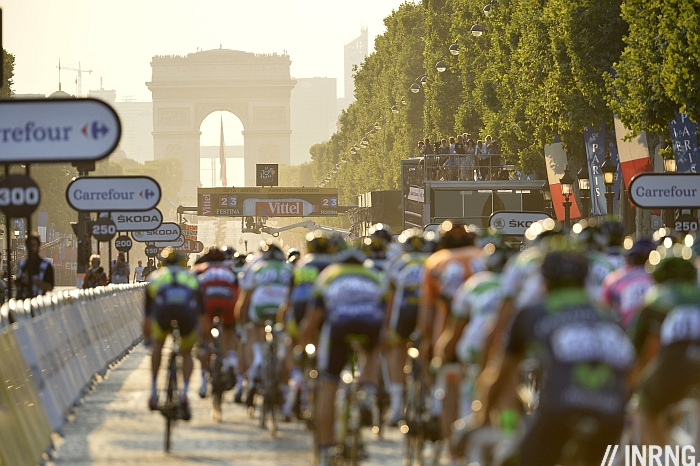 It’s testimony to cycling’s mythology that a race can turn a boring road into the centre of the world for a day. Or see Paris-Roubaix for an example of race which finishes in a place many people might try to avoid. All this is different with the Tour de France and its Parisian finish line.

This year’s edition of the race was on another level with the nocturnal display but in an ordinary year the road is closed for the cyclists, a privilege only shared with visiting heads of state.

But at the same time this is an ordinary road. Grand and famous yet accessible too and not every road in this series has to be a high mountain pass. Here’s a look at the road and also where else to ride if you’re in Paris with a bike.

The Route
The Avenue des Champs Elysées runs between the Place de la Concorde and the Place Charles de Gaulle, sometimes known as the Place de l’Etoile. Place means “square” in French and the avenue is a straight link between these two spaces, the Place Charles de Gaulle with its large Arc de Triomphe and the Concorde with its needle-like Egyptian obelisk. It runs roughly east-west 1.91km in length and when ridden from the east to west, it rises slightly in gradient towards the Arc de Triomphe although a climb is too strong, think of a graceful gradient instead.

The Feel
Many finishers of the Tour de France report a special feeling. For some it’s just a frisson, others get euphoric knowing they’ve reached the end of the Tour. For everyone else the excitement isn’t so special given the traffic, this is right in the heart of a big capital city. You can rip it up Alpe d’Huez but getting into full flow here is difficult given the multiple traffic lights along the way although some locals will “grill” a red light to use the French term. But if this in a city, the sense of space is obvious, the road is very wide. 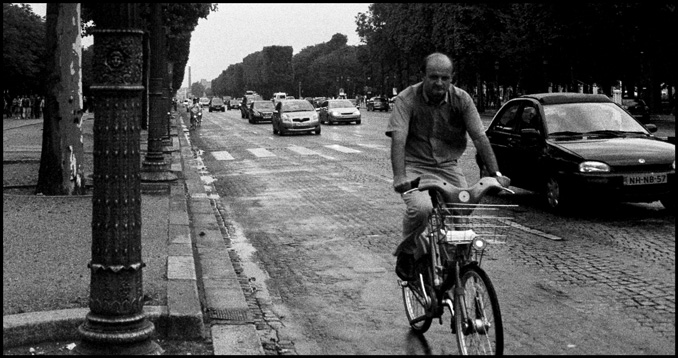 There are a few bike messengers but the average cyclist is on a Vélib, the public bike rental scheme that’s been copied around the world. In fact Paris copied its scheme from other cities but it was success in Paris that convinced other large cities like London and New York to try it too. It’s cobbled too, something you’ll hear before you see as the traffic slaps over the stones. These are urban pavé, polished by the daily rumble of traffic but at times straining with cracks, missing mortar and sometimes a missing cobblestone or two. A souvenir?

Riding along means a rattle and explains why riders in a breakaway on the circuit will aim for the tiny strip of smooth pavement just next to the kerb, a tightrope balance between clipping a pedal or shoe on one side and putting the wheel onto the pavé on the other side. With traffic all around you hear the city alive to the sound of work and activity, very different from the festive atmosphere of the Tour. 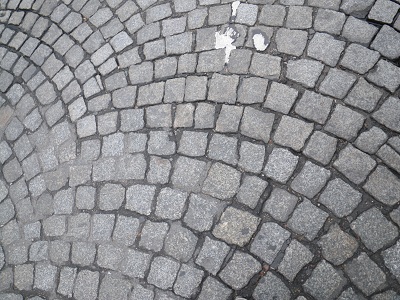 History
It’s been a long road for centuries but took its name in 1709 from nearby parks and ever since its wide tree-lined style has taken shape as large Haussmanian buildings have been built up and the trees manicured for a uniform look. Today it’s become a tourist attraction for its shopping with all the big luxury goods brands. 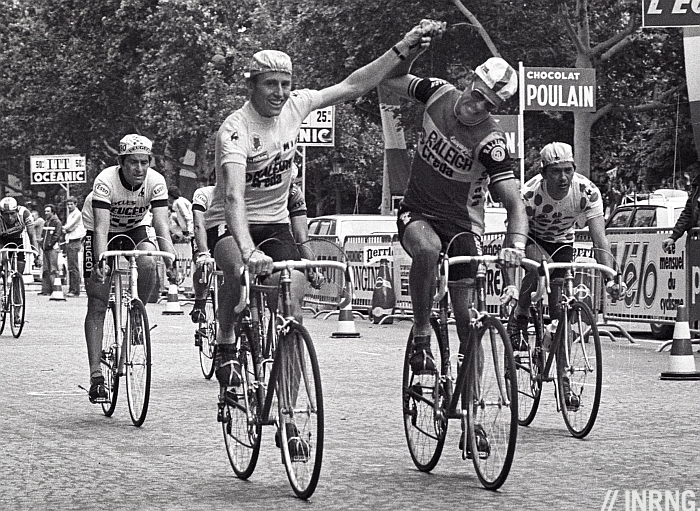 Tour de France history
The first finish on the Champs Elysées was in 1975. Permission was granted on a temporary basis but it proved such a success that the race has been back every year. A sprint finish is common but it has been host to time trials, notably in 1989 when Greg LeMond overturned Laurent Fignon’s lead on the last day to win by eight seconds.

In 2005 Alexandr Vinokourov started the day sixth overall, attacked for an intermediate sprint and later jumped away at the finish to win the stage, taking enough time on Levi Leipheimer to rise up to fifth place and proof that the final day isn’t always a procession.

The race has used an abbreviated version of the Champs Elysées but in 2013 exploited the full length. Again this temporary permission was a success and ASO are hoping to use the full length in 2014 although with a traditional daylight finish.

Where to ride?
By all means rent a Vélib to explore Paris. But the visiting sports cyclist with their bike needs to head out a bit further for a ride. You can go out of the city in all directions but there are two places popular with Parisian pedlars. First is the Bois de Boulogne just to the west of the city. It’s got an urban feel but the park offers a green space and a circuit that’s nearly 4km to lap including a climb. What’s special is the crowds it attracts, there are always riders lapping and the pace can be fierce at times although each to their own rhythm. Avoid at night as the activities change, the woodland is infamous for prostitution.

Further out of Paris towards the south-west is the Vallée de Chevreuse, by now you get out into the countryside and it’s possible to arrange a series of climbs at 1-2km long of typically 4-7%, not the Alps but vital variety given a lot of the terrain around Paris is flat.

Travel and Access
All places in this series can be reached with relative ease but Paris doesn’t need much of an explainer. It’s got a lot of hotels but check before you book as plenty are average at best, they cater for tourists who won’t come back.

What’s in a name?
Elysian fields is a reference to the myth of Elysium the resting ground of battle heroes and a version of the afterlife in Ancient Greece.