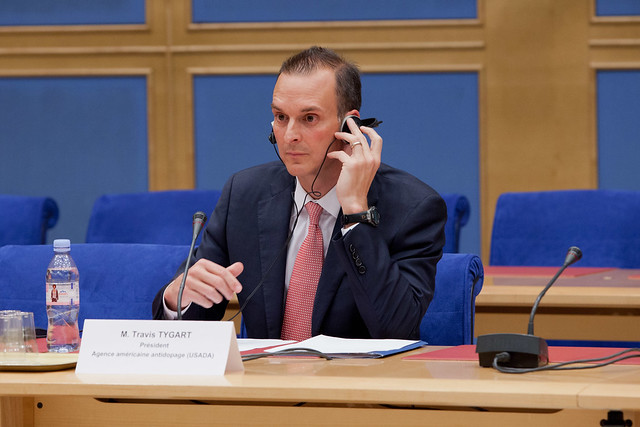 Wednesday sees the French Senate unveil its report into doping in sport. Over the last six months several politicians from France’s upper house of parliament have been enquiring into doping in sport with the particular brief of exploring “the efficiency of the anti-doping struggle.”

There’s an interesting test for the media and its consumers in this. Because buried in the back of the report will be a list of cyclists named for EPO use in 1998. How much prominence will this appendix get compared to real measures and solutions to improve the anti-doping fight? Will the failures of cyclists some 15 years ago get more media coverage than the relatively light scrutiny placed on the wave of positive tests announced in athletics during the last 15 days?

On one side many will enjoy the comeuppance of past cheats. There’s a welcome notion when riders from the past are exposed because even if takes years justice will be done. But such satisfaction is temporary, selective and illusory. For starter’s the Senate report is only going to list those from the 1998 Tour de France. Nobody from the Giro – a festival of pre-Festina doping – gets bothered, so we’re rousting some riders but not all. It’s a selective outing of those involved but EPO use was a systemic problem.

Next, this isn’t an anti-doping event. Despite Pat McQuaid’s confused statements over Marco Pantani, the UCI cannot look into the matter because WADA’s eight year statute of limitations has passed and even if that rule didn’t exist, these samples tested for EPO don’t have the customary seals and A+B samples. There’s no doubt that EPO use can demonstrated here but not to the standard to achieve a doping conviction.

But what of the senators report? Their enquiry has been portrayed as an exposé of the 1998 Tour de France but actually this is merely an appendix to the report where samples taken for research have been linked via the paperwork to their original source.

Instead it’s a look at the anti-doping effort and what can be done to improve it.

For me these questions are more are far more substantial than outing cyclists using EPO 15 years ago. I suspect some of report’s conclusions will be sensible but others could clash with the WADA Code. Remember WADA’s Code is universal and even if French legislators propose new ideas they have to be accepted by WADA and its members.

None of this is to say 1998 should be forgotten. On the contrary it’s a pity it’s taken so long with samples and paperwork gathering dust when we could have been gathering evidence with a view to cleaning up the sport. Why has it taken so long?

Conclusion
Given we know EPO use was widespread what’s newsworthy about the named riders? Perhaps watching the likes of Laurent Jalabert struggle to account for their past is entertaining for some in the classic comeuppance manner for some but knowing he’s got some explaining to do with his children is nothing to be enjoyed. Others will be named and if you’re surprised at the revelations then you probably haven’t been following cycling for long enough.

But it’ll be interesting to see how much of this senatorial report is about anti-doping in general. Above all, how much attention will the media give to proposals to improve anti-doping and consider this problem that affects all sports? Obviously we should not expect too much, it’s normal that scandal sells more than senatorial proposals.

But all the same when the report is out tomorrow, count the number of pages related to the 1998 Tour de France and divide this by the total number of pages in the report. Armed with this percentage, see what proportion of airtime and column inches get dedicated to cleaning up sport compared to reviving the past. It’s a small test to see whether we’re interested in fixing things or not.