Stuck in the Sand

Ever seen a car stuck in the sand? Each attempt by the driver to get going just makes the wheels spin and so digs the car in deeper. The engine revs, the wheels spin, dirt flies up but nobody is going anywhere. Inside the car the driver is sweating, frantically engaging first gear and then reverse but their desperation is only making things worse.

What’s this got to do with cycling? Well it reminds me of the UCI. President McQuaid seems stuck and frantic attempts to get the governing body on the move are stalling and leave the sport sunk in the past. Meanwhile WADA stands on the sidelines, holding a tow rope but preferring to criticise the immobile driver rather than helping.

In the latest instalment the UCI has just disbanded its Independent Commission, the panel set up to review the issues and allegations arising out the Armstrong/US Postal conspiracy case.

What’s happened?
Observers are almost forced to take sides in this story because both the UCI and WADA are adopting confrontational tones. Here’s WADA on 17 January:

The UCI was not allowing the Commission to conduct a proper and independent investigation.
…Therefore, WADA has decided not to take part

Yesterday the UCI responded with its own press release:

The Independent Commission ran into several problems. First, witnesses were not cooperating, whether this was strict omertà isn’t known as it could be just pragmatism: why confess if a sanction looms? Second, the UCI was refusing to send documents to the commission although in recent days it promised to comply. Third WADA and USADA had refused to take part which hit at the legitimacy of the operation and the commission was trying to find ways to include them by expanding the remit and the time scale but there are limits to this, notably with London lawyers billing by the hour.

The Commission is persuaded that we should allow an opportunity for discussions to continue and for the parties to reach a viable agreement in sufficient detail on an Amnesty.

In the circumstances the Commission has decided, with considerable reluctance, that the best course is to adjourn this Procedural Hearing until Thursday 31 January 2013 which should be sufficient time for the participants to reach an agreement in principle, if not detail. In the meantime the Commission expects to be informed by UCI of the progress of the Amnesty discussion.

Rather than be informed of progress, the Independent Commission has been told to stop. Here’s the UCI President Pat McQuaid again:

It is completely unrealistic to expect that we and WADA can sort through all the details of setting up a Truth and Reconciliation Commission in just a couple of days, based on an arbitrary deadline set by the Independent Commission of Thursday.

Note the false argument deployed by Pat McQuaid here. He says it’s “unrealistic” to “sort through all the details” only the Independent Commission said it was asking for an agreement in principle, not “all the details.” It’s this sort of clumsy handling that gets us nowhere.

At a time when the sport needs leadership and vision all we get is press release tennis where the UCI serves text over the net to WADA which, being better at drafting coherent press releases, then smashes it back. The risk is that the Independent Commission, comprised of sharp legal minds, now forms a doubles team with WADA.

The UCI will explore the idea of a Truth and Reconciliation process but it has not committed to it. If you’ve seen reports saying “cycling to set up T&R” then they’re wrong. The UCI is only saying it wants to explore the idea and it doesn’t know where the money will come from. Indeed Truth and Reconciliation is an open-ended concept, if the Independent Commission was looking expensive, imagine a process where hundreds of participants in pro cycling are asked to come forward, the stenographers alone will cost a fortune.

Worse the UCI’s actions appear unilateral and there’s no roadmap. Rather than presenting an alternative path, it’s disbanded the Independent Commission without knowing what to do next. 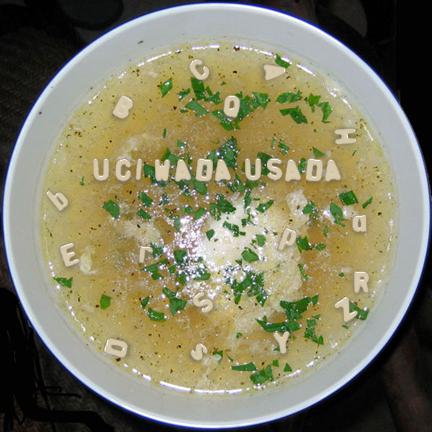 Serving up the same old dish

Going nowhere
A flurry of press releases but we’ve gone nowhere since the UCI said it would set up an Independent Commission last year. The UCI says “this is too important for rushed discussions, or hasty decisions”… so why disband the Independent Commission in an instant? Why not suspend it and try to work something out?

What does it all mean? Nothing. The sport’s governing body is bogged down in procedural matters, one minute set against truth and reconciliation, now deploying reverse gear to call for it but without any plans, just aspirations.

Summary
I was in two minds about writing about this as the disbanding of the Independent Commission is only one episode in a saga of confusion. But the contradictory press releases were worth assessing if only to show the competing messages. Each party seems to be blaming the other when we need a common purpose rather than competing agendas.

The Independent Commission is disbanded but is still expected to issue its own statement shortly before it vanishes. I wonder if would have been sensible to suspend it pending further talks? Now we get talk of a “Truth and Reconciliation” process but note this is an aspiration from the UCI and it has to discuss what this means and how much it will cost. Nobody’s explored that this would mean. The UCI appears to want to rope WADA into this: it might need to in order to ensure an amnesty from doping offences; it might want to in order tap extra funding.

Thankfully the racing goes on but such dysfunctional management and competing agendas mean those running the anti-doping effort still can’t work things out.

Update: the fighting goes on as WADA slams the UCI with a new press release calling the UCI “deceitful,” “unilateral and arrogant” and pointing out the inconsistencies in the UCI press release.