The thing’s hollow—it goes on forever—and—oh my God—it’s full of stars!

So says Dr David Bowman in Stanley Kubrick’s film 2001 A Space Odyssey as he gazes into the mysterious black monolith. Spanish police must have had a similar feeling in 2006 as they reached into the special refrigerator humming in Madrid that belonged to Doctor Eufemiano Fuentes and found it full of bloodbags belonging to star names of sport.

Six years later the trial has finally started. What will happen?

This is not a doping trial
If you take nothing else away, remember that doping was not a crime in 2006. Therefore the police and judicial action has been slow and non-priority. If they uncovered a vast doping network they didn’t find anything illegal. So the trial starting today is not a doping trial. It is instead a matter of public health: was Fuentes endangering the health of athletes with unlicensed medicine? He of course says no, but the prosecution will bring forward witnesses like Jesus Manzano who fell seriously ill several times and claims this was directly the result of blood manipulation.

Athletes as witnesses
To repeat this trial will see cyclists called as witnesses. No rider is on trial for doping, instead their testimony will be used to help prosecute, defend and assess the operations of Fuentes and his colleagues.

Protection Part I
What is surprising though is that if doping is not a crime it took so long for the information to be passed on to others. The Spanish authorities refused to cooperate with the Italians who asked for details on Alejandro Valverde. It was only when a request from CONI, Italy’s Olympic committee, arrived in Madrid when the chief investigator was on holiday that a junior unwittingly replied with the information which ultimately led to Alejandro Valverde being banned in Italy and this being made global. Tragically Valverde railed against this injustice although he has a right to be annoyed given he was caught when many others were not. Files of notes show many other names linked and the strength of the prosecution depended on nationality. The Italians nailed Valverde when the Spanish would not and similarly CONI got bans for Basso and Scarponi. 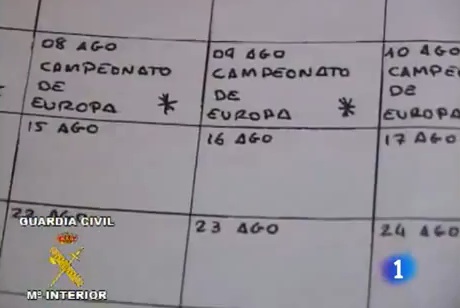 Protection Part II
It is said that Fuentes was not just working with cycling teams but also with track and field athletes, swimmers, rowers and some of the biggest names in Spanish football. But only cycling saw participants caught. UCI President Pat McQuaid has claimed the Spanish police and the country’s sports minister met to discuss the raids, alleging a conspiracy in an interview with the German media:

“I was told that only 50-60 of Fuentes’ clients were cyclists. Other sports were also mentioned, such as football, track and field, swimming and tennis”

I’m always reluctant when cycling tries to divert attention to other sports but this time the case in Spain will see pressure to look across all sports. WADA is part of the case and supporting the prosecution, here’s President John Fahey:

“It’s not just other cases in cycling but in a range of sports. The whole purpose of the exercise, and the reason we’ve been so resolute in pursuing this to court, has been to find out who those athletes are.”

We’ll see what happens. But note it’s not as if cycling has been forensically taken apart, it seems a lot of the Puerto bans came from Italy and the Spanish anti-doping efforts never pursued a lot of domestic cyclists named in the case either. So whilst we might want other sports to be accountable, this might also mean yet more cyclists trapped in the net. A lawyer familiar with the case spoke to Spanish paper AS to say:

“However, I am afraid we’re in for a big disappointment, because the view is that this won’t be a doping case, but one against public health, and I am convinced that the judge is going to limit a lot”

Procedure, not names
If this is a public health matter then it is not about who was involved. Instead this is procedural, a matter of how the doping was conducted:

Given this the judge might want to protect unwitting athletes from exposure as he attempts to find out if Fuentes was risking health. There is also an auxiliary angle with the money: did Fuentes pay his taxes and were those wiring money to him also complying with the law?

Fuentes’ Defence
Ironically Doctor Fuentes defence should be found in admitting to a large scale doping programme, only that he was so good at it that he carefully administered cautious doses and never harmed anyone. Indeed he could even try the provocative claim that his work was merely rebalancing the body chemistry of fatigued athletes, run down by training and competition.

WADA
Fuentes can claim innocence but WADA is putting serious pressure on the Spanish authorities to prosecute and evidence used in this trial can be used for doping prosecutions. Once the trial is over documents, notes, bank records and more will no longer be the sole property of the Spanish prosecutor and can be used by WADA and others for anti-doping prosecutions. There’s an eight year statute of limitations meaning the clock is ticking on a lot of the evidence.

Double-jeopardy
A note to mention that it is possible for cyclists to get in trouble. Take Ivan Basso who said he never blood doped, merely that he started banking blood with Doctor Fuentes. He was still sanctioned for “attempted doping” but if it were to be proven that he had used banned substances or methods on other occasions then he could be charged again and banned, thus ending his career. The same is true of others too.

Timing
If it’s taken over six years to start, don’t expect a fast verdict. First we get about two months of verbal hearings with witnesses called for questioning. For example Tyler Hamilton is expected to explain how he fell ill after a blood transfusion, and blame this on storage errors. Big names including Alberto Contador will be present, either in person or by video link. After this two month period the case will go on and a verdict might not appear before the end of the year. If it does it is subject to appeal.

71 accredited journalists will be following the trial with over half coming from abroad. However they might get bored of the popcorn with the case dragging on and focusing on procedure.

International
Talking of the foreign media, note doping has since been made a criminal matter, in fact the Spanish have since made up for lost time and busted a lot of doping operations, from small time steroid use to international networks. Does Spain have more doping or is it just chasing the cheats better? Certainly other countries have not made as many arrests, in fact it is still not a crime in some European countries, nor the US, an asymmetry that’s readily exploited by sporting cheats and their enablers.

Media
Fuentes might be on trial but strong questions should be asked of the Spanish media. Often capable of good investigative work, few seem to have wanted to lift the stone labelled Puerto to find out what dark secrets were hidden below.

Conclusion
The trial will focus on public health and won’t get to the heart of sports doping, in fact there’s been a consistent attempt to avoid looking too closely here. It’s not about the stars involved, only the medicine. As such the Operation Puerto trial looks more like a science documentary than Kubrick’s cinema. Those grabbing the popcorn in anticipation of revelations, scandals and gossip might be disappointed.