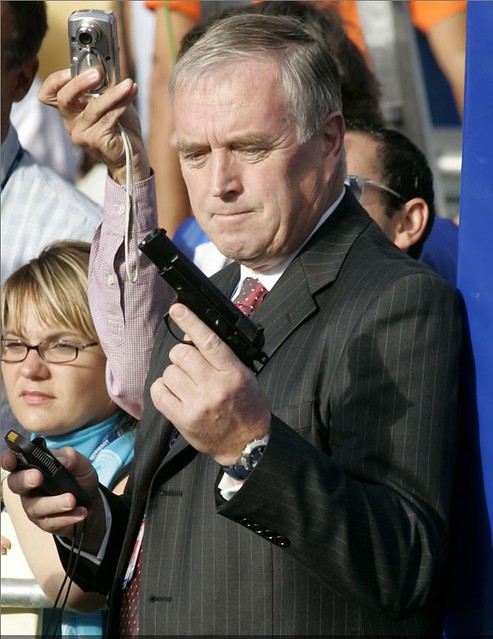 Cycling’s embrace of Truth and Reconciliation did not last long. The ambitious but vague spirit of enquiry and investigation evaporated as the UCI and WADA traded angry press releases with words like “deceit” and “arrogance” being used. This is the public relations equivalent of a bar room brawl.

It’s all so disappointing as those running the sport seem preoccupied with attacking each other rather than confronting the ever-present spectre of doping. We’d all like to talk about the racing but the people at the top want to shout about themselves.

These two bodies appear unable to trust each other and resort to leaking private correspondence to win petty public relations battles. So how can anyone trust them to manage a broad and complex Truth and Reconciliation process?

What is going on?
The UCI and WADA have been arguing about procedure for some time but it’s got out of control. Yesterday the UCI tried to clear up matters with a press release revealing private correspondence with WADA. President McQuaid accused WADA of saying one thing in public and another in private. Only having read the emails and letters they refer to I can’t see much to support Pat McQuaid’s claims of double-standards over at WADA. Here’s one line from a WADA email to the UCI:

it must be plain that already-sanctioned athletes will remain sanctioned possibly subject to possible reductions if the information provided leads to substantial assistance.

Now the UCI could see this as frustrating but it’s more water-pistol than smoking gun as WADA is is saying any amnesty couldn’t be universal and free, it won’t overturn past judgements unless the witnesses really provided full help and on a case by case basis. In other words only full cooperation can help and this is conditional. The past is the past if you like, and this could hamper a full Truth and Reconciliation process but that’s it, I can’t see what’s in these documents that helps the UCI, although perhaps the suggestion that the UCI mortgage its offices to raise money to fund the investigations didn’t go down well but was another way of saying “you’re paying”. In fact publishing private exchanges only makes the UCI look shifty.

PR battles
WADA doesn’t look too smart either as it plays “press release tennis,” returning each of the UCI’s claims with a public smash which only raises the temperature and baits the UCI into a more aggressive response.

But UCI is playing outside the established rules. Publishing private emails is a sneaky tactic at best, it might help win a PR battle – although again read the emails and tell me if you can find anything meaty to help the UCI – but it can undermine trust. Imagine a rider thinking about emailing the UCI with sensitive information or calling the anti-doping hotline for advice? They’ll think twice if private correspondence could end up in public if it suits someone’s agenda.

Or put it this way the UCI has just said it wants to run a giant programme of understanding and investigation into a highly sensitive past but within days resorts to publishing private correspondence suggesting it can’t be trusted with an email.

Who is the UCI?
When we say “the UCI” the problem is understanding who is behind all of this. At such a sensitive time when the governance of the UCI is back in the spotlight who is issuing these press releases? Has the Management Committee signed off on the wording? Or are we seeing President McQuaid surround himself with a few people and not acting in a collegiate and representative manner? Here’s cyclingnews.com in an opinion piece that you should read in full:

Pat McQuaid has surrounded himself with a new cadre of advisers charged with whispering wisdom to a crumbling leader. Enrico Carpani, who has worked hard as the UCI communications liaison for over a decade has been outmanoeuvred and is set to leave. Those filling his shoes are the same individuals who persuaded McQuaid into his recent blind fit of ignorance to disband the Independent Commission and enter into a public war of words with WADA. And all along Hein Verbruggen is still active, having been at the UCI headquarters as recently as last week

It’s this that worries. Rather than look to the future, the quote above suggests we’re seeing a few people acting in their interests rather than those of the UCI and the sport.

What Next?
Even astrologers wouldn’t venture predictions here. The Independent Commission looked like the UCI had tied itself to the mast of enquiry but the unthinkable happened and the process collapsed.

In the short term there’s an urgent need for someone to mediate the dispute between the UCI and WADA, the IOC would be an obvious choice. The two bodies have to work together, for example imagine if this evening’s verdict on Franck Schleck’s Tour de France positive is questionable under the UCI rules and WADA Code, the two would have to fund an appeal of the Luxembourg Anti-Doping Agency together. This is a hypothetical example but shows how daily co-operation is essential.

Beyond this there’s a lot of work to do with the Truth and Reconciliation ideas. Who would be against truth and reconciliation? It sounds good, like motherhood and apple pie, sunshine and ice cream. Only nobody even knows what it means. It seems to involve some offer of amnesty in exchange for witness testimony but I still see complications (and explained them last August in 500 words).

Conclusion
UCI-bashing is too easy, indeed I’ve long said we need “more UCI” and this means the Management Committee vetting the actions and communications of those at the top, a counterweight to any excess. The UCI as a whole has to take responsibility for its actions.

For now the investigation into the allegations arising from the USADA prosecution of Lance Armstrong remain unchallenged and the world watches as the UCI scraps its own Independent Commission and fires off angry press releases. This looks terrible from afar although once you look closer I can see why the UCI is doing this but that’s because I’m the sort who follows it closely. Those less inclined to read every press release and reflect will surely see a sport unable to escape Armstrong’s shadow and, as the racing season starts, a pathetic saga that makes the sport look dysfunctional.

Next post: Frank Schleck Gets A One Year Ban