Here’s a film about another sport. Only the clip seems all too familiar given the subject matter. There’s no doubt other sports have big problems when it comes to doping but I’ve got mixed views when cyclists start saying “look at other sports!” as it can look like deflection when we need to focus on the problems at home.

Cross-country skiing is similar to cycling in that it is one of the most aerobic sports going and therefore blood doping turns the results upside down as the advantages are so big. As well as the theme of doping, the idea of national heroes being taken down seems familiar too, no?

El Barrio
The UCI’s “WorldTour coordinator” Javier Barrio has given a provocative interview, claiming the “WorldTour has revitalized cycling.” In the English translation Barrio seems to miss the point that whilst teams and riders are spending increasing amounts of time, effort and money focussing on the system, it is like a dog chasing its tail rather than a sporting contest. Teams change tactics thanks to points but it’s not made the racing any better and at the margin it’s made the sport more defensive as teams are incentivised to race-by-numbers rather than throw caution to the wind. Still I think the idea is essential, it just needs reforming.

Take Alberto Contador and his ride in the Vuelta. On the morning of Stage 17 Contador was sitting second overall. Normally this would provide a giant haul of Sporting Value points for Team Saxo-Tinkoff and the team might prefer to defend second position. But thanks to a new UCI rule, someone returning from a doping ban can’t score Sporting Value points for their team so Contador had zero points whether he was second or second last. So he had nothing to lose when he attacked. It’s impossible to say if the result would be different had Contador been able to earn points but it shows the dilemma. Hopefully Barrio and others can work to address the system. As the Irish Peloton blog notes the sport might be engulfed in crises but this is the one thing to fix that’s wholly under the UCI’s own control. Plus if the UCI want to confuse people how about having arguably the sport’s top rider in the second division? Only in pro cycling.

Tour of Rwanda
A quick mention of this race in Africa. I’m fascinated by the dirt roads, the big crowds and the enthusiasm of the participants. The images look impressive. In Europe the sport has to borrow old roads and venerate the cobbles in a bid to evoke history but the Rwandan race doesn’t have to pick out special roads, instead it just finds red roads instead of strade bianche although there are plenty of normal roads that could be anywhere in Europe or the US. Still perhaps it does at times show us a glimpse of what cycling was like 50 or even 100 years ago, a simpler but tougher sport. Enough words, see the images for yourself thanks to one of the sport’s most intrepid photographers Sonoko Tanaka:
http://sonoko.photoshelter.com/gallery/Tour-of-Rwanda-2012/G0000xihxAIcB2bY 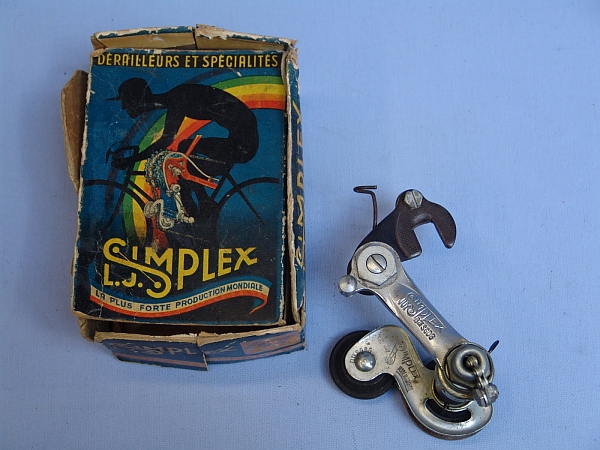 Mr Derailleur
On the subject of old cycling, what about Mike Sweatman and his collection of derailleurs? Bicycling Mag have an interview and gallery. What strikes me is the lack of change over the years. Since the early models we’ve only seen refinements in engineering and progress has been quite linear. Even today’s electronic shifting are still based on a parallelogram bolted onto the bike.

Spam
Apologies if some of the spam comments have been getting through onto the blog. Normally they’re blocked by a filter but for some reason The site’s been flooded with messages and a few have washed over the firewall.