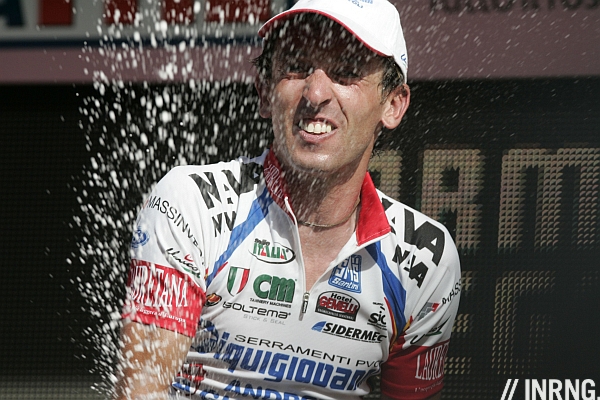 It’s Halloween so what better day to cover the story of self-administered blood transfusions in the pro peloton? It’s more sinister than the tale of Britons burning a giant effigy of Lance Armstrong.

But if the tale is ghoulish and rightly frightening, there’s no fancy dress costumes or children’s games. Hell, there’s not even team doctor on hand. It’s real.

Once upon a time the introduction of a test for EPO should have been a great change for the sport but, as suggested by Tyler Hamilton, within no time it seems Dr Michele Ferrari found a way to beat the test. It wasn’t foolproof but instead of injecting the banned hormone under the skin to leave the molecules lingering in the body, the innovative idea of injecting the product direct into the vein arrived. It would provide the same blood-boosting effect but leave the body faster, reducing the “glowtime”, the period during which, if tested, they could be found positive.

Only things changed when the sport decided to increase out-of-competition testing and adopt the WADA ADAMS system. This is software system and database where athletes have to specify a one hour slot per day when they can be tested and give sure details on the location, normally the full postal address. In other words, exactly where they can be found during the one hour slot. Thus even mainlining EPO became risky because of a knock at the door. There was a small adaptation to this in that riders quickly learned that drinking a large volume of water could dilute the samples taken. But this was still risky.

Instead it seems the greater testing encouraged another change, this time away from EPO use to blood transfusions. These had been used for some time. Some reports say the technique was used as far back as the 1970s. It came to prominence in 1984 when the US Olympic cycling team used the technique and was also used by Francesco Moser around the same time when he went for the hour record. The idea is simple:

To this day there’s no test for it but there are some ways to second guess it is being used. But we’ll come to these in a moment. For now just know that because EPO could be discovered it was proving risky and so blood transfusions became popular with some.

Tyler Hamilton’s book and the USADA documents talk of sophisticated doping programmes with an international network deployed where private jets shuttle riders to doctors, hotel rooms are booked for the sole purpose of draining off blood and motorbikes with refrigerated panniers are deployed to smuggle goods. When you read this it sounds like they’re going to great lengths, they could probably smuggle radioactive materials or illegal diamonds with these trick when in fact all they’re doing is little more than a technique first done in 1665 by Richard Lower albeit on canine patients. Skip the late 1800s and whole transfusions were being done on humans, no coincidence that Bram Stoker’s “Dracula”, published in 1897, makes several references to blood transfusions. By the 1930s several countries had blood banks, after adding anti-coagulate agents, blood could be stored for a few weeks. In other words this is old science, at least in the basics, and private jets seem excessive.

“I did a bag”
In fact it can all be done at home by a lone rider equipped with a blood bag, some tubing, a fridge and more. Italian rider Leonardo Bertagnolli is one such rider. A client of Ferrari, his deposition to the Italian police explains what happens:

“I don’t remember where Ferrari was for the first time he explained how to do an autotransfusions but I remember how he explained the all the ways to do it, saying to get the blood bags from veterinary channels… …indicating to me that I should extract from 350-500cc depending on my recovery times and goals. He told me to make a knot in the bag and to weigh it on the scales in way to know the weight of the amount just taken out; before inserting the needle to make a knot on the tube then to start the transfusion.”

It might be Halloween but that’s probably enough detail for now. The takeaway is that riders like Bertagnolli were doing DIY blood transfusions in their kitchens and bathrooms, no need for private jets or big medical crews, just a home transfusion kit. He says Ferrari even advised him on what fridge to buy, getting a special medical-grade unit that would store the blood at the correct temperature, lower than your household fridge. Blood chilling.

A Liebherr pharmaceutical fridge, yours for €800

The complicated part seems to be the  manipulation of blood values so the rider can fool the bio-passport. Bertagnolli says Ferrari advised him on the timing, to extract blood just before going on an altitude training camp and then to re-infuse upon return, this way any swings in the values can be attributed to the the training camp rather than a bag.

Similarly Ferrari was concerned about reports of a new test for plasticiser residues, something that was apparent in the Contador case. As a result Bertagnolli is told to use polypropylene blood bags which are apparently harder to get, or to use glass containers. This way no residues will contaminate the samples.

Perhaps this story horrifies but if it feels too clinical for you then note Bertagnolli was himself scared of the risks of infection long before Riccardo Riccò was rushed to hospital in February 2011. Riccò apparently confessed to medical staff that he’d infused blood that was 25 days old. Whether it was the age of the blood or a storage problem is not known as Riccò later changed his story. But he’s not alone, Tyler Hamilton reports how he fell ill during the Tour de France after a bad bag and we can only wonder how many others have experienced this, perhaps more when it is done in the kitchen.

The good news
There are two happy endings here. First Bertagnolli has been explaining all of this in great detail and the Italian media have got hold of this for all to see so we can hope the anti-doping authorities learn more from the methodologies. One example would be to think twice about spending a lot of money to test of plasticisers because the cheats have moved on.

Second Bertagnolli might have tried to mask his activities with altitude training camps but as hinted on here before, teams might camp on a mountain but rarely stay high enough to get any useful effect. Certainly Bertagnolli was caught out and this summer he was called in by the UCI to explain his strange numbers, a prosecution has been ordered but there’s no result now.

Conclusion
A ghoulish story of chilled blood but if Halloween is once a year, these practices have been happening during much of the cycling season in recent years, it is impossible to imagine Bertagnolli has a lone case.

If you’ve read The Secret Race or the USADA depositions then this story is more scary because people are taking these risks at home where anything can happen. It’s also a lesson in how anti-doping controls have a waterbed effect: push down in one place and something moves up elsewhere. In this case bring in more testing and the methods of injection changes; bring in yet more testing and the whole method changes.

There’s also a secondary point. This story isn’t exclusive, instead the Italian media has information like this but it’s not getting relayed. For example whilst many where shocked at the “revelations” of a potential tax dodging, money laundering and doping ring in Italy this was first told back in 2011. And if things are to be believed, the horror stories look set to continue.

Next post: Should Wiggins Skip The Tour de France?