I have a mental picture of the cycling calendar where April is packed with racing and August is a sleepy month, the post-Tour de France blues set in and there’s not much going on. But after publishing the calendar of races on Tuesday I toyed with the numbers and the chart above shows the distribution of men’s pro racing throughout the year. It turns out April is a quiet month with just 51 days of racing and August has more days of racing than any other month of the year.

Method
Once again this is based on *.1 races and up, meaning all races open to the top-18 UCI Pro Teams for 2013. And don’t confuse the number of race days with the number of races. For example the Tour de France is one race but 21 days of racing.

Stage Race vs One Day
April is classics season, this means one day races dominate the month. We get a big classic every Sunday and one or two mid-week competitions but not too much more. By contrast August turns out to be a busy month because of the proliferation of stage races, meaning many days of racing in a row. During August there are too many stage races to list, from the Tour of Poland which starts in July but rolls into August through to the first week of the Vuelta. In between take your pick from the Tour of Denmark, the Tour du Limousin, the 12 day Tour of Portugal and the six day Tour of Utah.

July is also busier than you think. The Tour de France monopolises the media but there’s the Tour of Austria, the 14-day Tour of Quinghai Lake, the Tour de Pologne and even the four day Sibiu Cycling Tour in Romania gets UCI 2.1 status and adds to the count.

How many days are there in a month?
Pro cycling can get up to 86 days in a month thanks to simultaneous races around the world. In total we get 562 days of racing in the year, about 1.5 races per day. As well as some counter-intuitive findings, there’s are commercial and sporting considerations here.

First there are some big clashes on the pro cycling calendar. The UCI’s flagship World Tour calendar has several times in the year when its races clash. We see early season stage races Paris-Nice and Tirreno-Adriatico go head to head. Similarly the Tour de Suisse and Dauphiné overlap. In a way this is like having two Formula 1 races at the same time, ideally a calendar shouldn’t have these things. Especially if – conditional – we want to have a universal ranking based on points earned then having half the peloton doing one race and the other half elsewhere means the points earned are not wholly comparable.

But the more I think of it, the more I think it’s ok. Having more than one race on the go allows for more widespread racing. Not in the obvious numerical sense of more racing. Rather it lets a bigger range of smaller UCI Pro Conti teams test themselves against the big squads. If sport is theatre this enlarges the cast, it’s not always the same faces. The likes of Rein Taraamae, John Degenkolb or Thomas Voeckler and their teams get more invites to bike races and so it helps spread the sport and stops us having a calendar exclusively for the top-18 teams, instead thanks to wildcard invitations we get another 10 or more teams able to join the circuit.

It also gives teams more chance to promote themselves and this explains why we have squads with upto 30 riders instead of, say, 15. 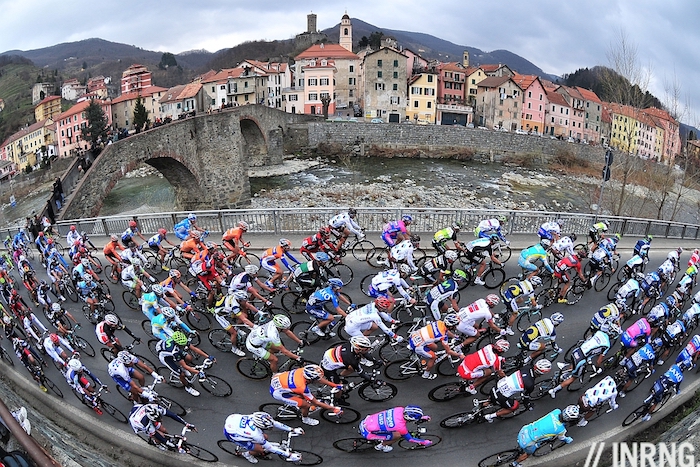 One Day vs Stage Races
One day races make up just 22% of the number of race days in the sport with the remaining 78% of the calendar filled by stage races. We might think of the big stage races like grand tours but add up the 21 days of the Giro, Tour and Vuelta and we get just 11% of the season’s race days or 14% of stage racing. All this is before we get to the races within a race. During a stage race there are contests for climbing, sprinting as well as the daily stage and the final overall. By contrast one day races usually have only one winner and it means the classics specialists don’t have many days to strike.

Race vs Riding
Classics specialists do get more rest. They can compete one day and then get a few days off before the next race whilst stage race specialists are slogging across the landscape for days, the average length of a stage race is six days. But this doesn’t account for the pressure, they have only a few days of the year to perform and this within a short space of time. By contrast if a stage race racer flops in the Tour they can save the season with results from Paris-Nice to the Vuelta. Also having talked of “race days” remember many are in the race but not all are racing for the win, some use an event for training as they build towards bigger objectives.

Conclusion
A year in cycling is a long time. The numbers tell a story that I didn’t expect, especially the busiest times of the year. There’s a gap between what the numbers tell us and experience, presumably because media coverage is focussed on big events like the Tour de France. Come August and the Eneco Tour won’t get people so excited. There are also more stage races than I thought, they make up the bulk of the calendar.

Is the calendar ideal? If we started with a blank page we’d probably concoct a series of races that don’t overlap. But history, accident and design mean we have a giant calendar of races. It’s great for fans, it’s great for teams too because they can sell the resulting coverage to sponsors. But it’s a lot to ask of the riders. We saw Sky skip races for training and it’ll be interesting to see if others start to imitate this.