Pro cycling’s off season is arriving but if the racing stops, the planning doesn’t. Whether you’re plotting a victorious classics campaign or a trip to Europe you need to know when the pro races are.

Here’s the 2013 pro cycling calendar. It is blank for October but skip into 2013 and you’ll find the races appear. In addition below you’ll find a link to download an iCal file to import the same calendar into your organiser, phone and computer diary.

All of the major UCI pro races around the world are included. Several races vanished in 2012 and it’s probably more will drop off given the economic woes but I’ll try to update as changes occur.

Each race is listed with its location and UCI status as a suffix, eg World Tour, 1.1 or 2.HC.

After this come races in different races that are grouped by region, with the UCI Asia Tour, UCI America Tour, UCI Africa Tour and UCI Oceania Tour and UCI Europe Tour. The bulk of races on the calendar above are in Europe with races like the Het Nieuwsblad, the Criterium International or the Tour of Denmark but we also find races like the Tour of California and the Tour de Langkawi.

Save the ics / iCal / iCalendar file and you can import it into your electronic diary. One or two clicks and it’s on your iPhone / Outlook etc.

There is a permanent link to the calendar at the top of the inrng.com home page. 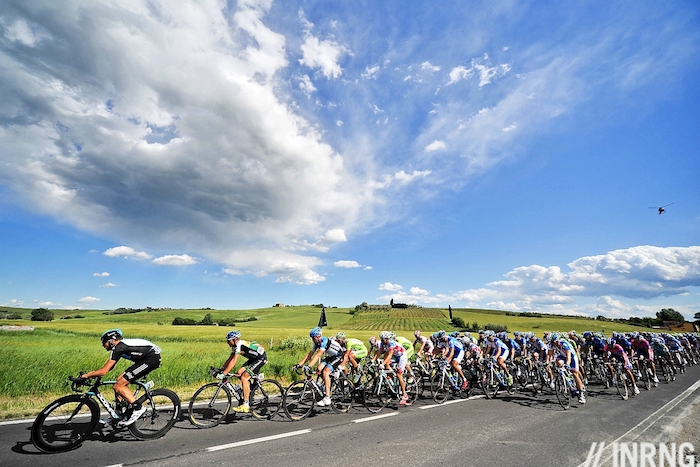