The Amstel Gold race is on tomorrow but this is a busy weekend with some excellent alternative races. Sometimes a big race can overshadow the others, for example two weeks ago the Flèche d’Emeraude was on at the same time as the Tour of Flanders but I doubt many noticed the clash.

By contrast there’s the Tro Bro Leon race on Sunday which criss-crosses Brittany and uses farm tracks. These are dirt roads and muddy in the wet. Sometimes called the Paris-Roubaix of Brittany, the comparison isn’t quite right since the Tro Bro Leon has no cobbles, even if it does have dangerous roads. Instead of a cobble, the winner gets a piglet to take home. Rouleur Magazine’s blog has a nice feature on this, including a picture of the prize piglet. It’s a nice race in its own right. Even the website is good.

From mud to mountains
Meanwhile in Italy there’s the Giro dell’Appennino. The Appenines are the chain of mountains that run down the backbone of Italy. This is arguably the first mountain climbing race of the year, starting a season of that will take us through the Giro di Trentino, the Tour of Romandie, the Giro d’Italia, the Dauphiné, the Tour of Switzerland and the Tour de France, as well as many others.

More climbs
Of course there’s plenty of action coming up even sooner with the Ardennes classics, Flèche Wallonne and Liège-Bastogne-Liège next week. Over the years these races have changed with L-B-L being the midweek race but now the Flèche (arrow in French) is the smaller cousin.

Still no win for Ag2r
On the subject of mountains to climb, Ag2r La Mondiale is the only team in the UCI World Tour yet to win a race this year; even Saxo Bank added to wins in Asia with J-J Haedo taking the GP de Denain in France earlier in the week. Writing this on Saturday morning should ensure they win something this weekend.

I’m not sure what the longest period of time without a win is for a major team but it could be in 2005 when Euskaltel didn’t win until 8 May. This nugget via Twitter’s IrishPeloton. 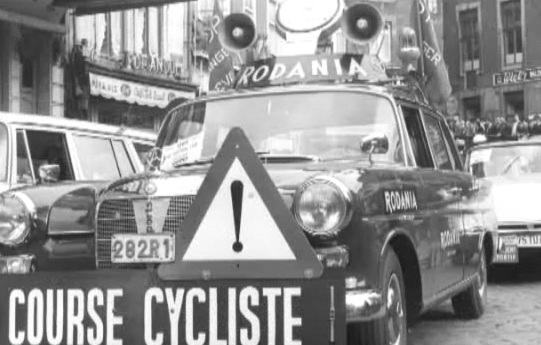 A follow up to the post from early March about the famous Rodania jingle that precedes many a race in Belgium. The poll took place and in the end the electro version won. Here it is:

For old times’ sake you can always download the old version as a ringtone.

Comments
At the request of a reader I’ve changed the comments to a “nested” setting. This means you can reply to comments directly which helps the conversation flow. Perhaps this should have happened some time ago as there’s plenty of conversation below the pieces.

Downloadable race calendar
If you’ve missed it, you can download a calendar of all UCI pro races, men’s and women’s, for your electronic diary, smartphone etc. Just go to the calendar page for more.

No cold turkey in July
Finally a small thought. The calendar reminded me there’s just over 100 days until the Olympics. The summer games follow the Tour de France. This is perfect because it’s easy to get sucked into the Tour coverage for three weeks and then suddenly, nothing. Rien. This time however the Olympics are on so there will be more cycling on the road and track.