Dutch team Project 1t4i will unveil its new sponsor and jersey later today. Here’s a sneak peak of the jersey ahead of the launch… 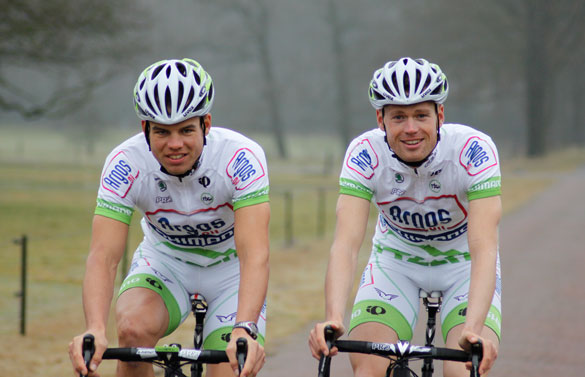 Argos Oil was a co-sponsor of the team last year when it went under the name of Skil-Shimano. Over the winter Argos has merged with NSG Energy. The newly enlarged company has been waiting to unveil its new corporate identity and the cycling team it backs is part of this branding process. Today the new company name will be announced – Argos Oil – and you can see the new jersey above.

Argos Oil is a Dutch supplier of oil for energy and heating based in the port city of Rotterdam with operations in several European countries.